The Regional Fire & Rescue agency invited leadership from the Gila River Indian Community to a lunch reception on July 27 to thank the Community for awarding them two grants.

Through the Arizona’s shared gaming revenue and the GRIC Office of Special funding, the RFR upgraded an existing fire and rescue vehicle and erect a new enclosed fire apparatus bay building.

The RFR uses the bay building to house their vehicles away from the elements and is a permanent structure for their operations.

RFR Capt. John Bayles led Lt. Gov. Stone and the Council representatives on a tour as they received an overview of the equipment they carry on each of the emergency vehicles.

Bayles said the each of the vehicles carry equipment for a variety of situations and contain hundreds of gallons water when a fire hydrant is not close by.

“The is to show the appreciation for blessings you have bestowed upon on us with the construction of the building and for the truck,” said RFR Chief Steven W. Kerber.

He showed pictures of the old facility, which was a canopy without any enclosure to protect the vehicles that were parked underneath.

Kerber said the building was constructed in less than 30 days.

He said there is still more work to do to the building, but that it is a good sign of the progress that has been made since the awarding of the two grants. 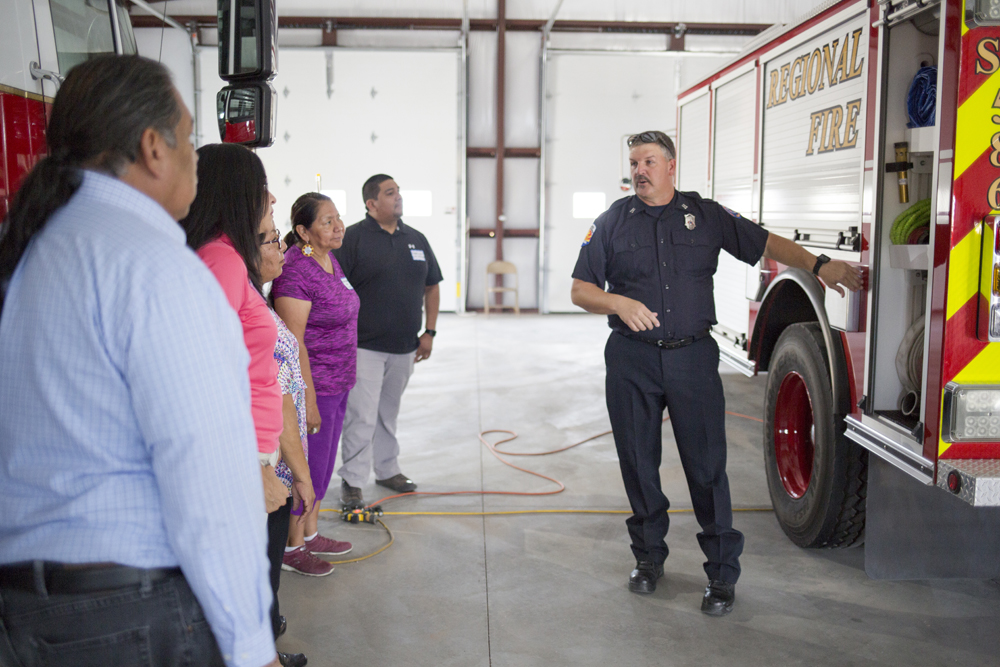 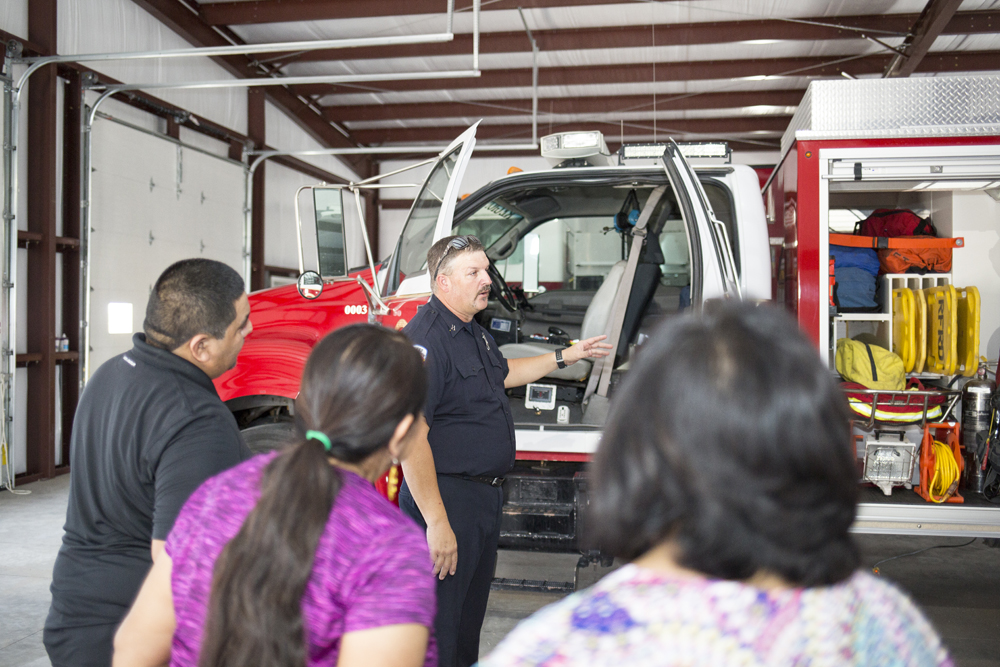 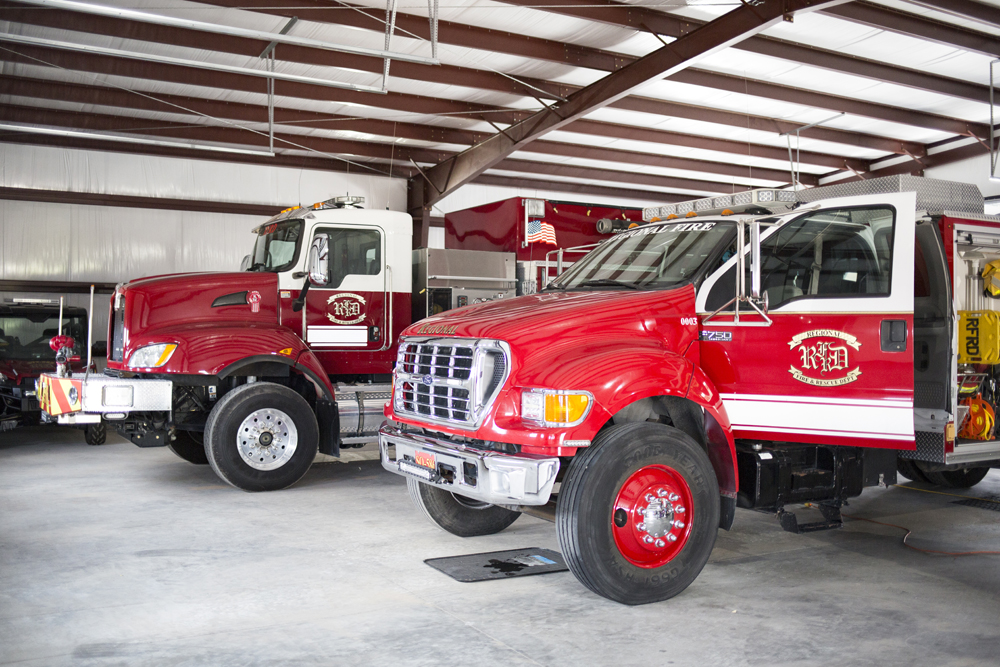 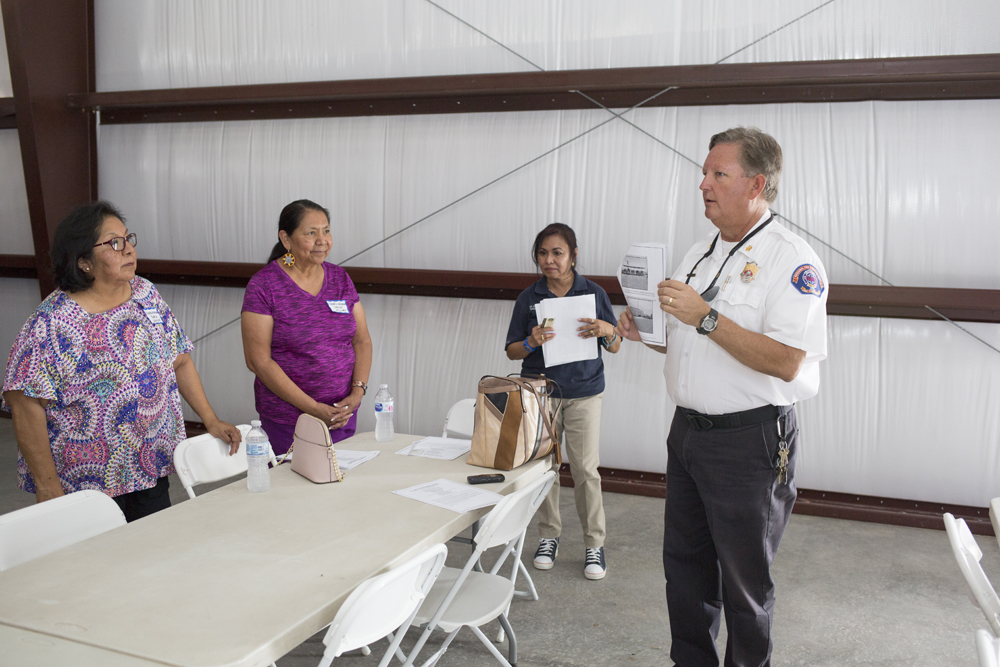