On Aug. 1, the health center became fully operational, with a staff of 149 employees filling out the more than 15 departments housed at the center.

According to a GRHC fact sheet by July 2019 the health center will grow to an estimated 285 employees.

“I want to acknowledge and express that support for all of those that were involved,” said GRHC Board of Directors Chairman Myron Schurz.

Schurz said it’s been a struggle and a challenge, but it is part of the spirit of the Community to move through adversity to advocate for what is essential for the people, which is a quality form of healthcare.

Gov. Stephen Roe Lewis said, “It’s really an honor to be here representing you as governor, it’s a new chapter of health care for our community and for the GRHC.”

He said the health center’s completion and opening is a testament to the Community’s history of working together on healthcare projects.

Lewis recognized past leadership, GRHC board members, and other influential individuals, who have supported the Community’s push to have a healthcare system of its own.

“Looking back at where we came from with this project and now, standing here today we are starring at fully opening within a couple of weeks,” GRHC Chief Executive Officer Scott Gemberling said.

He said the phases provided a lot of interesting twists and turns that were overcome with the tireless efforts of Community and elected officials to keep the facility moving on track to open.

“Look what we have today…this facility is here to provide health care to the Gila River Indian Community and all of Native Americans,” said Gemberling. He said it is an inspiring project that is ready to meet the needs of the Community and surrounding population.

The ceremonial ribbon cutting was held in front of the health center and a tour was provided for all the attendees. 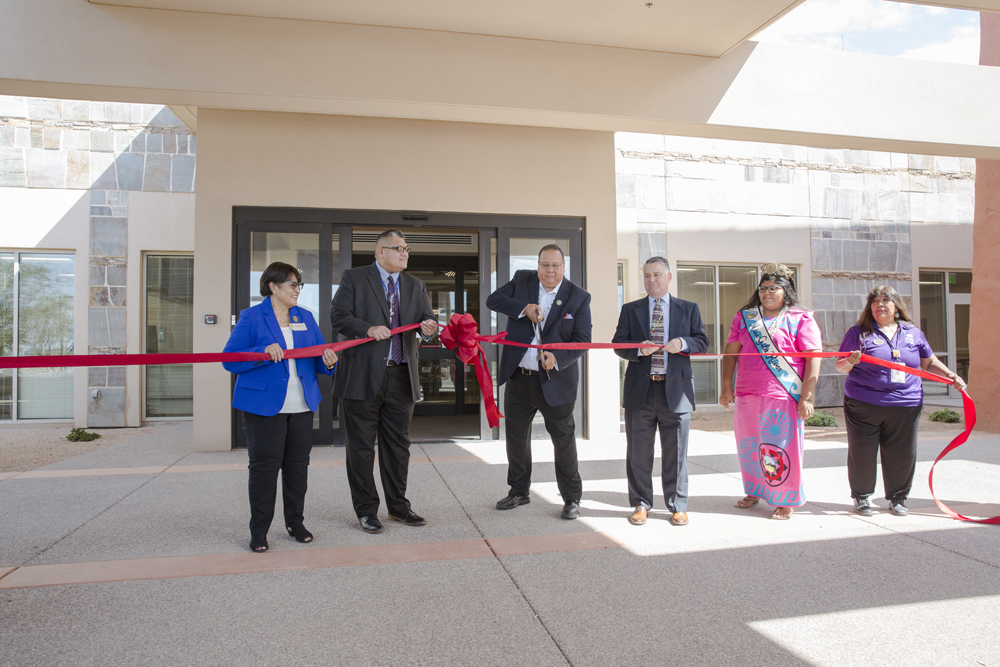 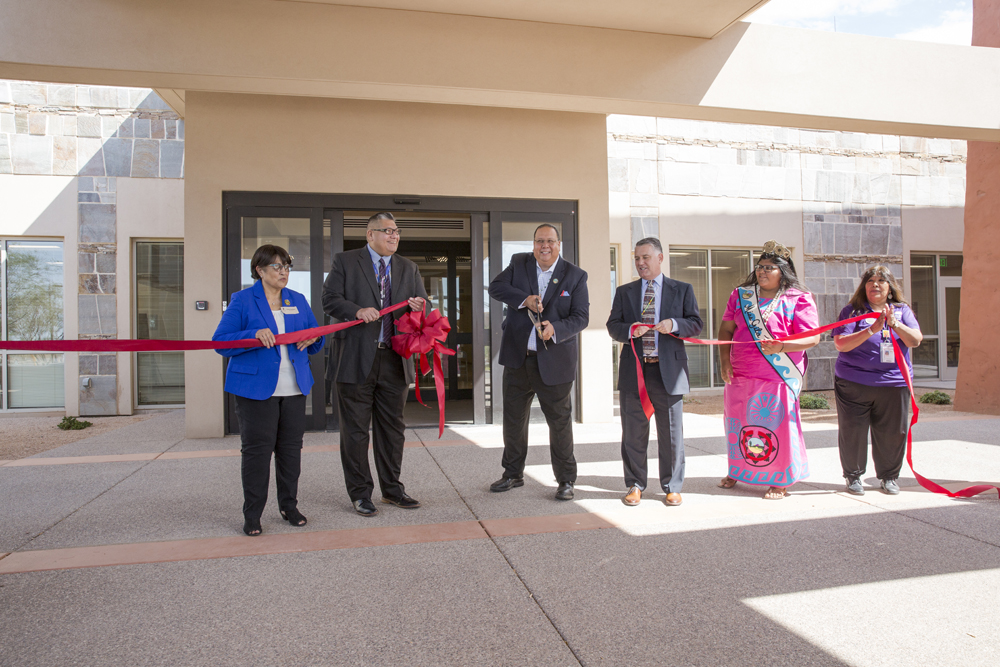 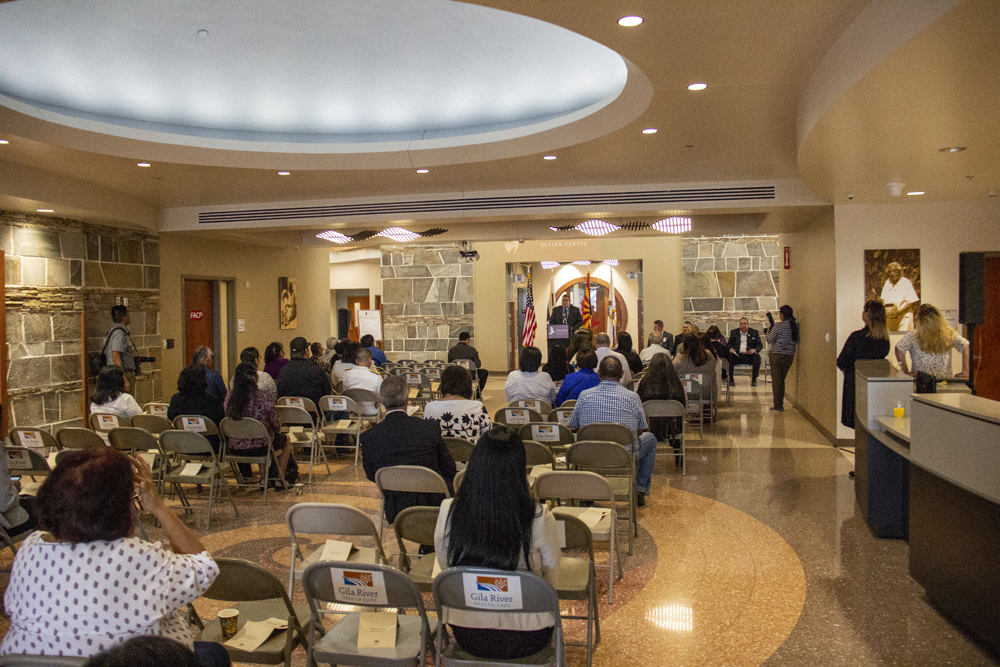 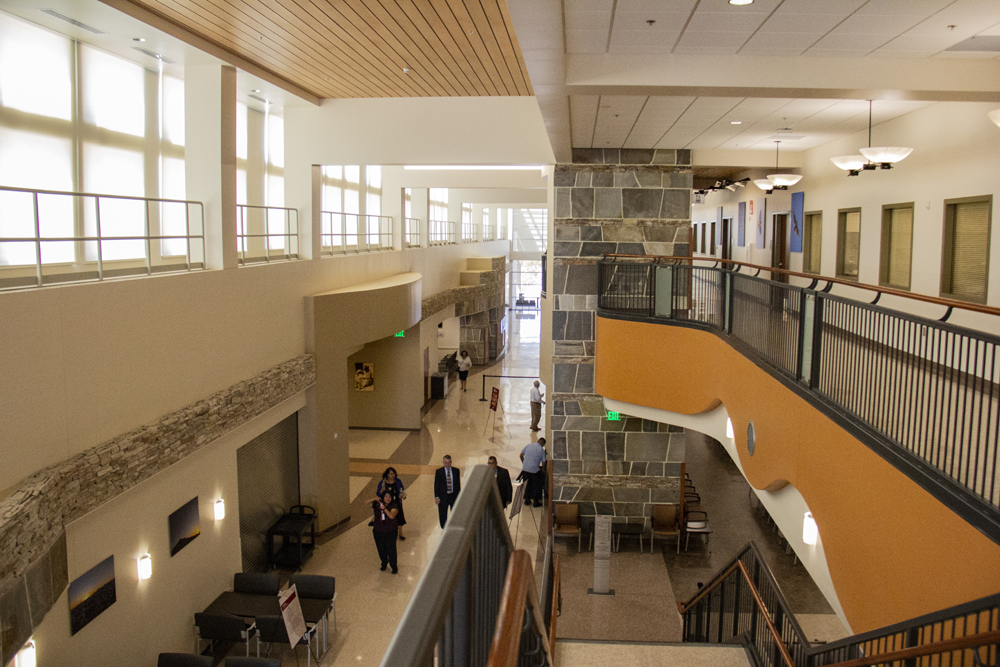 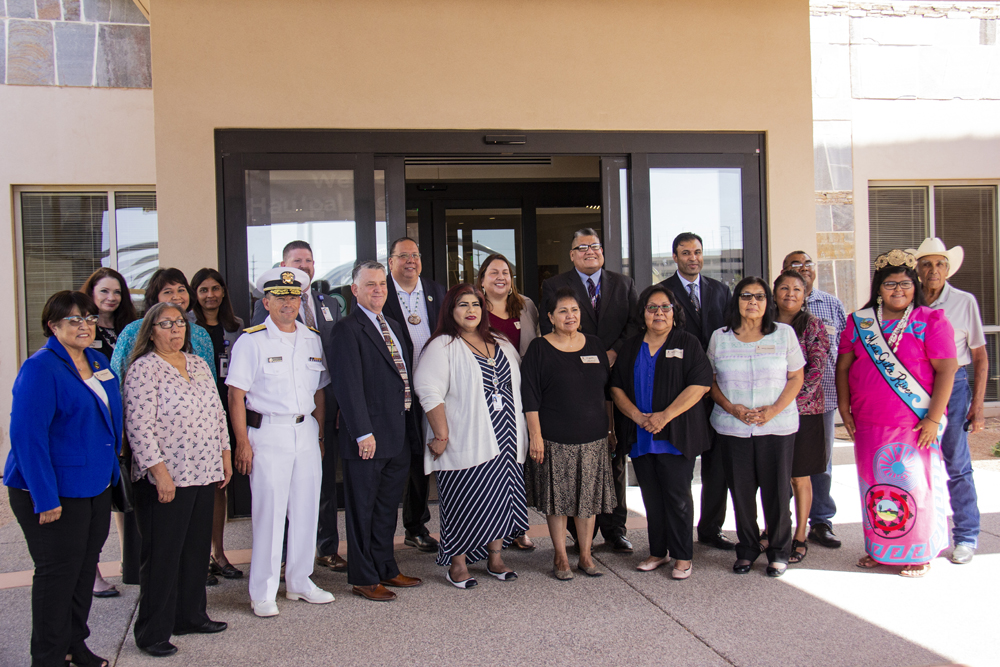 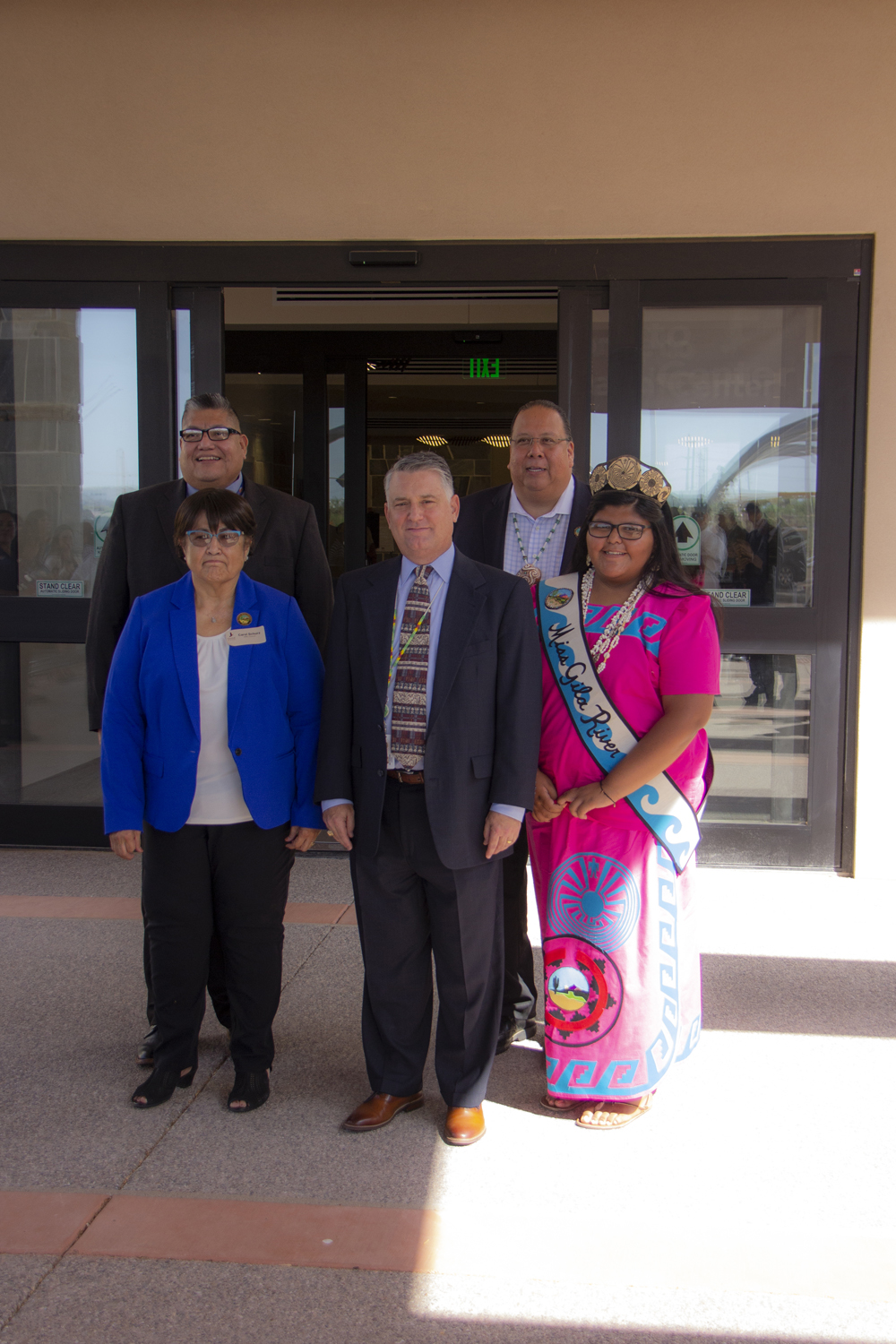 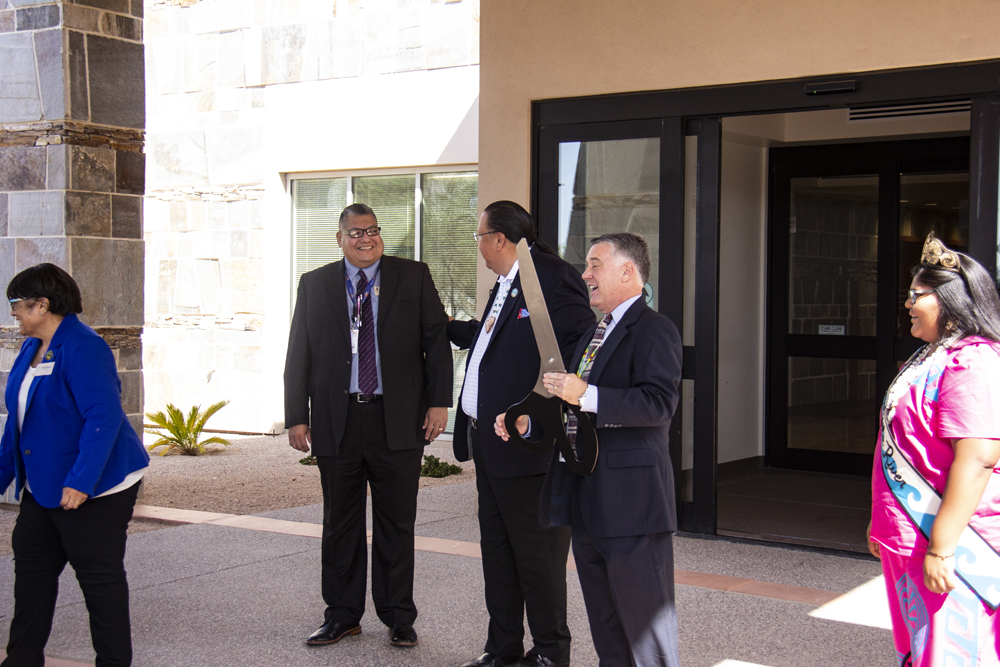 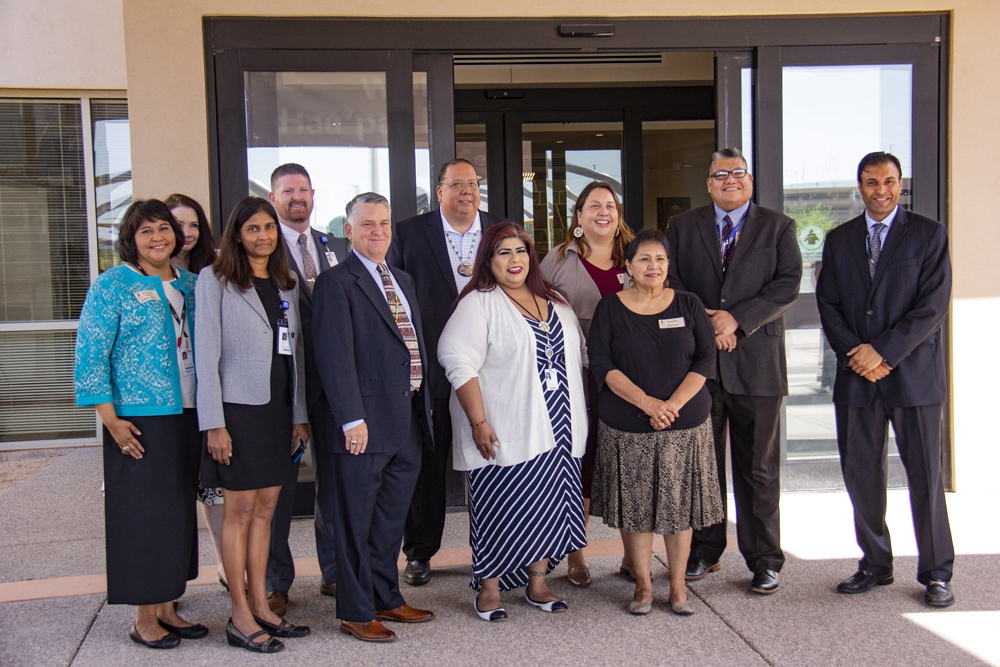