A commemorative ceremony was held to remember the lives of sailors, Marines, and soldiers killed during the attacks on Pearl Harbor, Hawaii 77 years ago, as President Franklin D. Roosevelt would call, “A date which will live in infamy.”

Despite the overcast skies and light drizzle through the air, the Huhugam Heritage Center staff, members of veterans groups across the Community and elsewhere gathered for the Pearl Harbor Remembrance ceremony on Dec. 6.

For the state of Arizona, the attacks on Pearl Harbor holds a special significance, in connection with the battleship USS Arizona, which was sunk after being bombed by Imperial Japanese Navy bombers, taking the lives of 1,777 sailors and Marines.

To commemorate the event a delivery of an American flag, that was flown over the USS Arizona memorial at Pearl Harbor was brought out and unfolded by Community veterans to honor the fallen.

Prior to the day of the ceremony, the flag made its way through each of the Community’s districts for members and veterans to view before it returned back to the Huhugam Ki museum on the Salt River Pima-Maricopa Indian Community, where a similar ceremony took place on Dec. 7.

At the Governance Center on Nov. 16, Gov. Stephen Roe Lewis said it was a true honor to recognize the many service men and women, who lost their life at Pearl Harbor.

“This flag means a whole lot to our veterans and those, who made the ultimate sacrifice. It means so many things to so many different people, it unites us and binds us as a nation and tribal community,” said Lewis.

Lewis highlighted the large numbers of Native servicemen and women, that answered the call to serve in the military during WWII, up to current conflicts around the globe.

“This is hallowed ground here and I hope that each of us think about what connection they have to this flag, because it just shows that we never forget those sacrifices made by those service men and women 77 years ago.”

At the Remembrance Day event, American Legion Post 114 “Bushmasters” Commander Richard Dumas said the Pearl Harbor Survivors Association made one simple request, that the flag be flown and taken out and pointed in four directions for all the ones, who didn’t make it.

When the flag was brought back, there was a special ceremony to honor those who lie there today.

“We come from different battles, but we understand one thing, to recognize and don’t forget what happened that day so many years ago, it’s something we must honor,” said Dumas.

The flag was carried by veteran Roland Enos Jr., who led the military honors of unfolding and refolding the flag.

Shirley Jackson thanked the veterans for attending and participating in the morning ceremony. She said the flag is very significant and that they are thankful for the assistance of the Post 114 and the Salt River Pima-Maricopa Indian Community Huhugam Ki for allowing the Heritage Center to honor. 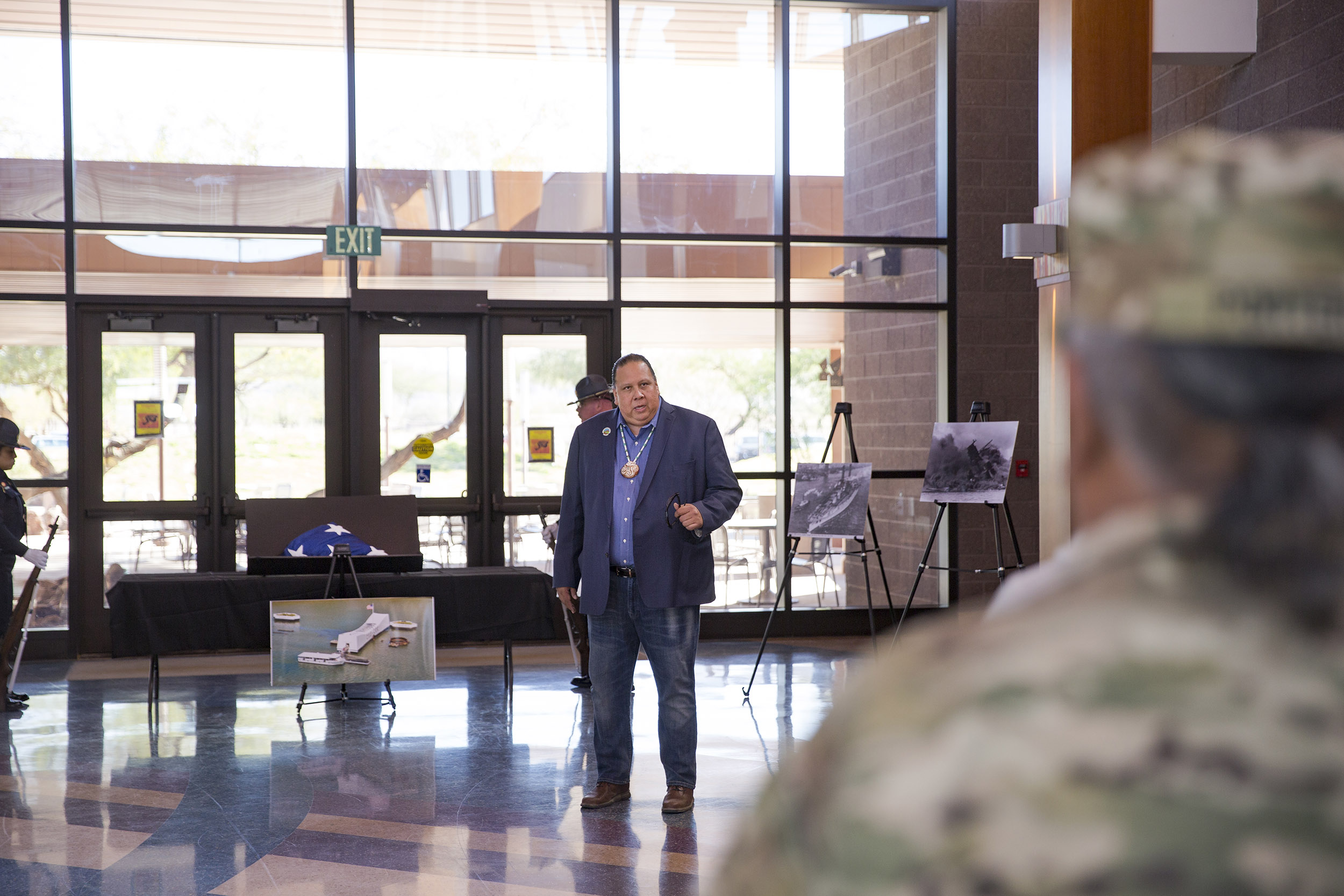 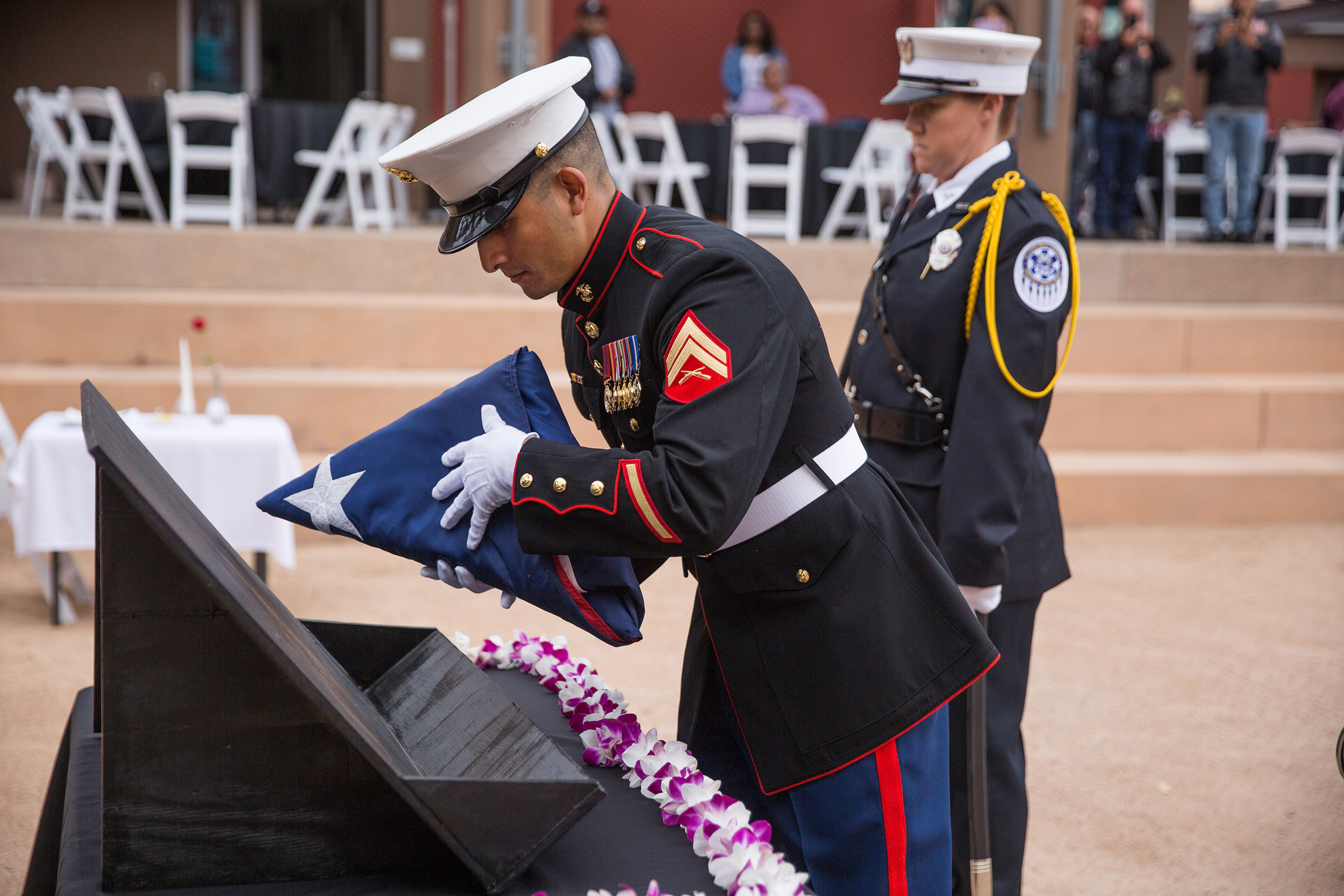 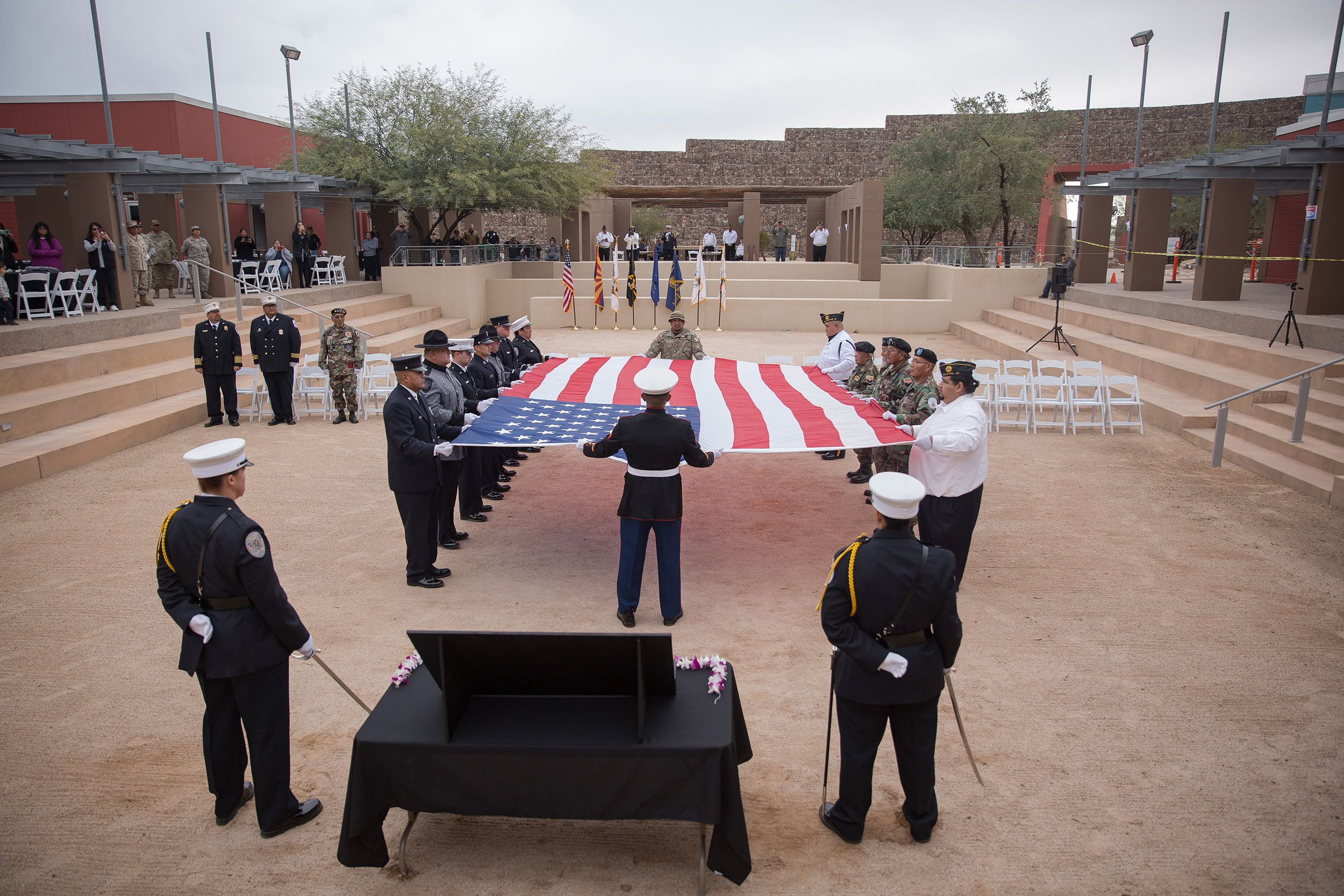 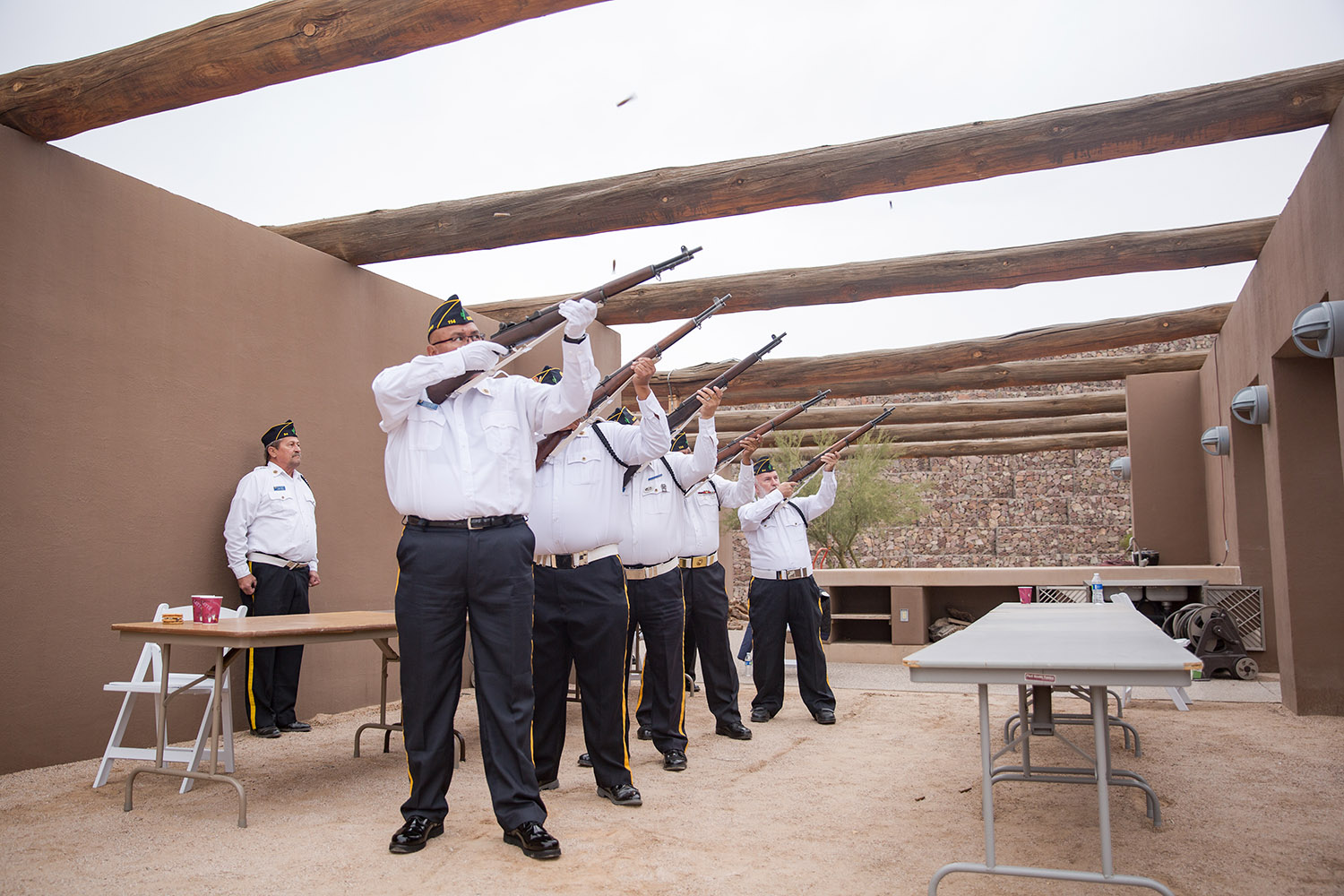