With the help of students from Cesar Chavez High School, students from Gila Crossing Community School kicked off Computer Science Education Week with a learning event that teaches the fundamentals of computer coding.

The Hour of Code is a one-hour introduction to computer science which introduces the basics of coding, and takes place every year during Computer Science Education Week to “broaden participation in the field of computer science.”

Throughout the day, assisted by members of the Native American Code Writers Program at Cesar Chavez, the students at Gila Crossing participated in the Hour of Code on Nov. 30 by logging into video games and, “Instead of just playing the video game, they’re learning how to create it,” said Linda Coyle, Education Consultant to the Science Foundation Arizona.

The students learned about coding, which Coyle said could lead them down a career path in an ever-increasing high tech world. “If you look at the people who are in computer science, you’re missing females, you’re missing underrepresented groups, specifically Native Americans,” said Coyle.

Isaac Salcido, Director, Tribal Education Department, was on hand for the event and observed the students interact with the high school students who are already learning computer science. “It just really opens up the world for them,” said Salcido.

One of those students Jacob Barehand, was among the four from Cesar Chavez to volunteer during the Hour of Code. Barehand started his computer science courses as a freshman and plans to take them for all four years in high school.

“It feels good learning something in high school then coming back to my elementary school,” said Barehand.

“I always like coming back here and helping the kids,” said Cawker.

Computer Science Education Week is held annually in recognition of the birthday of computing pioneer Admiral Grace Murray Hopper. The students worked on devices provided through grant funds from Salt River Project, and the event was organized by the Science Foundation Arizona, Code.org and others. 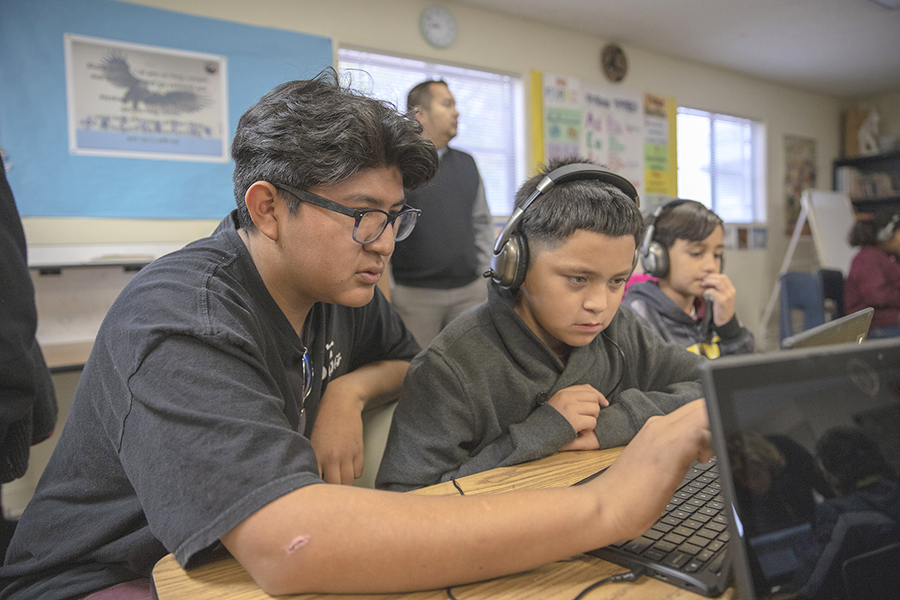 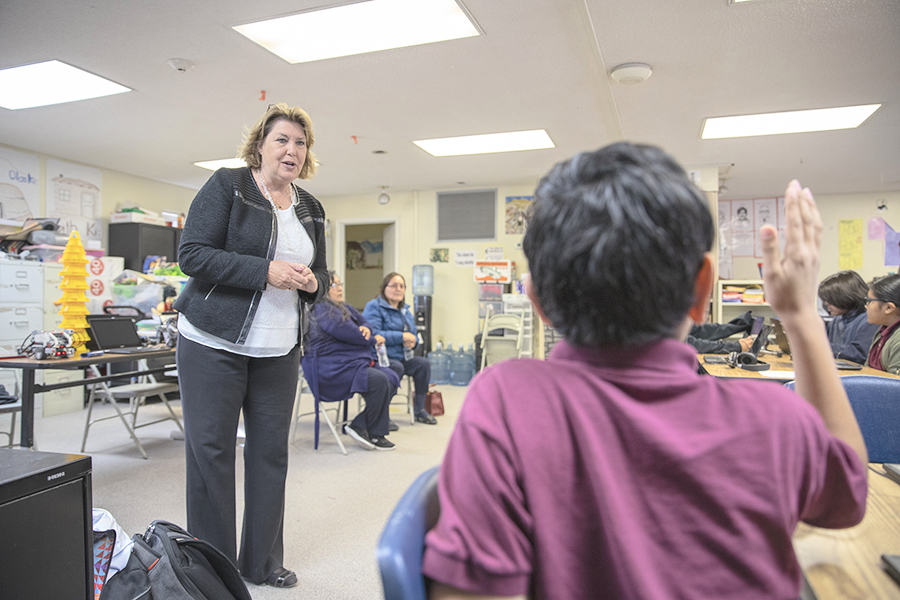 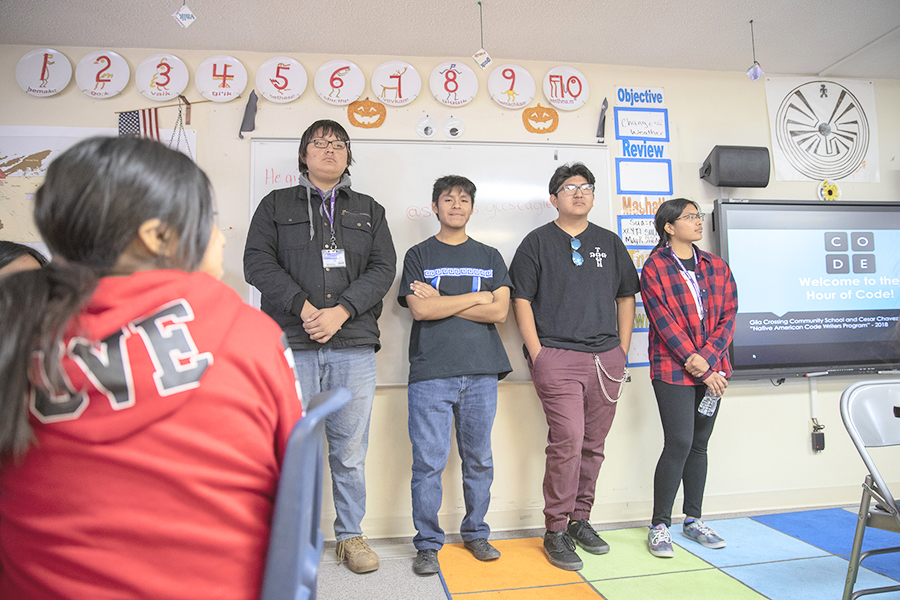