The Arizona Cardinals lost the football game but won the respect of service men and women, and veterans with their special Salute to Service presentations on Nov. 18 at State Farm Stadium in Glendale, Ariz.

The game against the Oakland Raiders featured two struggling teams in a 23-20 Raiders’ victory, but both sides came together for the acknowledgment of military members and veterans.

League-wide the NFL held events and presentations in honor of their Salute to Service campaign, which raises donations for veteran resources and support for the military community.

As with all NFL franchises, the Cardinals recognized veterans, highlighted their partnerships with the U.S. armed forces and awarded scholarships and paid tribute to Pat Tillman, the Arizona State University and Arizona Cardinals football player who died while fighting in Afghanistan.

The NFL also fund raised for the league’s military non-profit partners through the sale of official Salute to Service merchandise, the special camouflage apparel of NFL teams.

Prior to the game, Gary Rodriguez, a Community member retired from the United States Marine Corps, was joined on the field by Lt. Gov. Robert Stone for the filming of a video presentation that was played during a break in the game.

Rodriguez received a Purple Heart for fighting in Iraq where he was wounded by an improvised explosive device. He said he retired in 2006. “It’s an honor to be here to represent the Community,” said Rodriguez.

Rodriguez said he joined the Marines for the Community and he never envisioned “something like this,” and appreciated the recognition from the Arizona Cardinals.

“I was in combat for three and a half months and I asked God if he just got me back to the Community that I would live my life in peace. And I’ve come back and I have a six-year-old daughter, a two-year-old son and a third son on the way, so I’m happy I made it back,” said Rodriguez.

According to the Veterans and Family Services Office records, Rodriguez is one of eight living Community members with a Purple Heart (25 are deceased).

Lt. Gov. Stone praised Rodriguez’s example. “We always want them to come back safely to the Community and we pray and love them dearly for their commitment to serve,” said Lt. Gov. Stone.

Haskell Osife-Antone American Legion Post 51 joined in the posting of the colors during the singing of the national anthem.

Other highlights of the Salute to Service game included a flyover by the United States Air Force 56th Fighter Wing and a halftime performance by the USAF rock band while elite Air Force members repelled from the stadium roof. 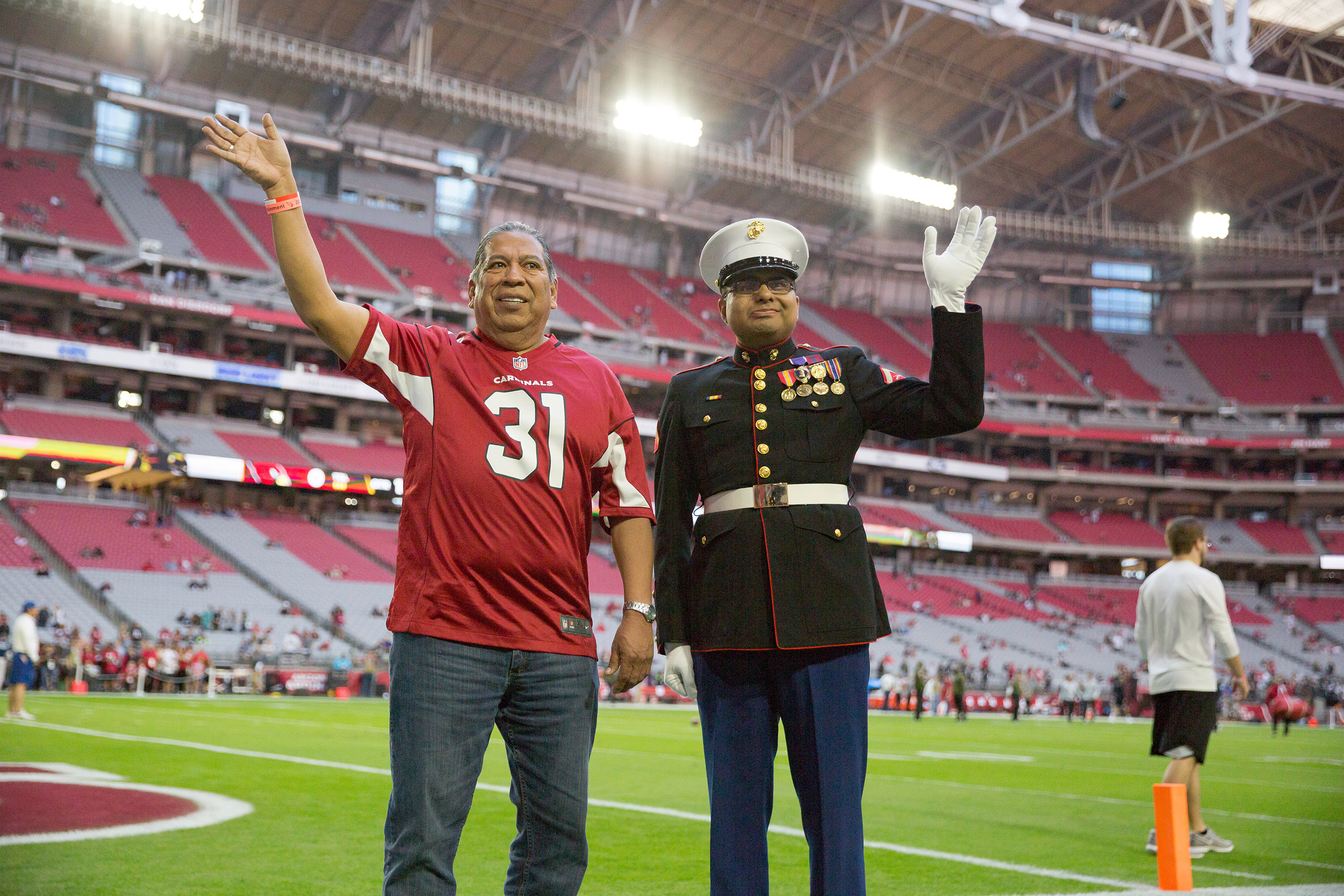 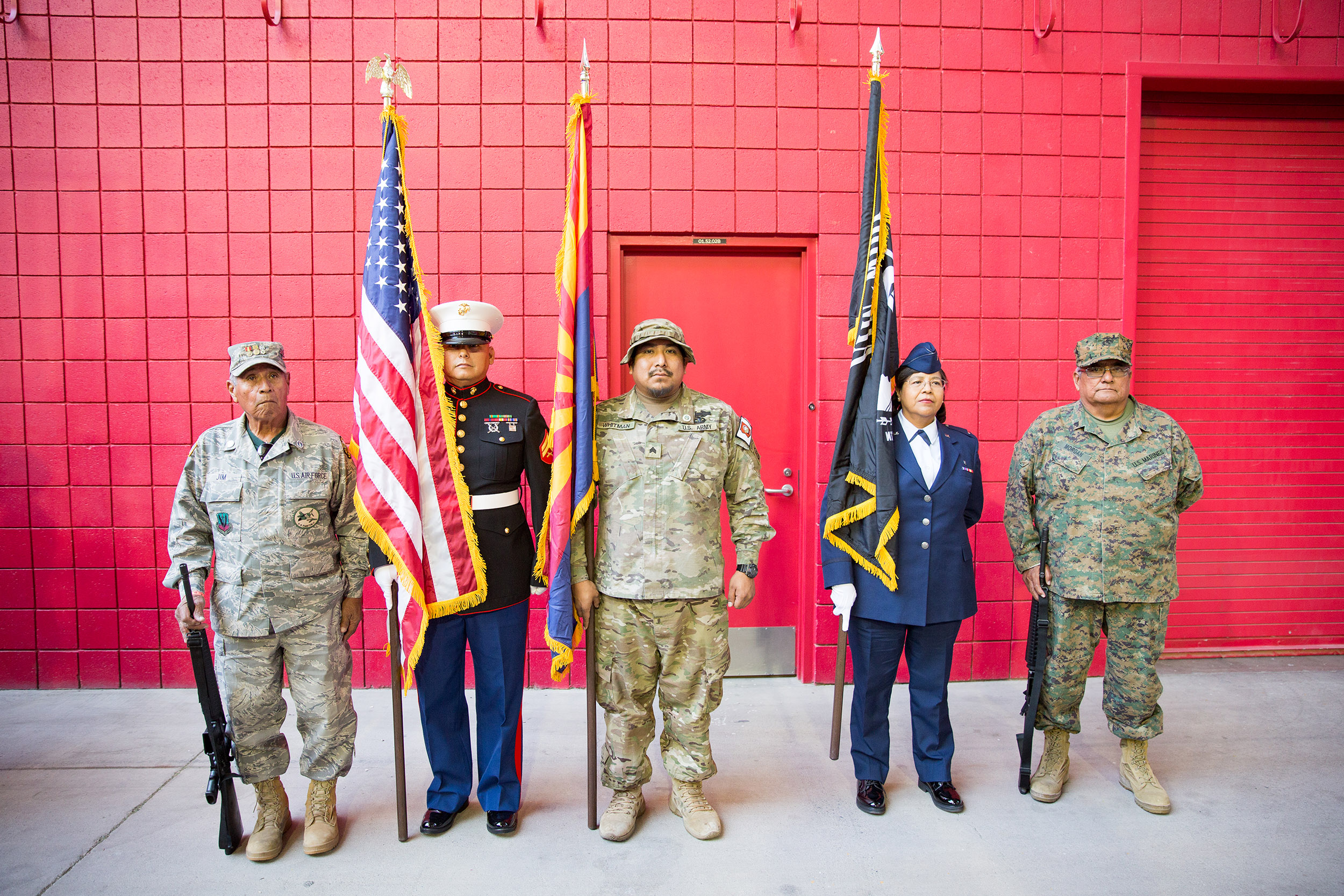