To close out the month of tributes to Native veterans, Ira H. Hayes American Legion Post 84 was invited to a special ceremony held at a U.S. Coast Guard base in Southern California.

The U.S. Coast Guard Base and Sector Los Angeles/Long Beach Leadership Diversity Advisory Council hosted its annual Native American veterans recognition event to honor them for their service in the military at the U.S. Coast Guard LA/LB base in San Pedro, Calif., on Nov. 29.

The base is situated on a small parcel of land called Terminal Island, overlooking the port of Los Angeles waterway towards the Pacific Ocean.

The event observes Native American Heritage Month and includes Native veterans from across the country to represent their tribal communities.

Corylee Redhorse, USCG Petty Officer Third Class Yeoman,  who is an enrolled member of the Navajo Nation, coordinated the day of activities, that included a series of cultural performances.

Members from Post 84 traveled to Terminal Island and toured the base and assisted in the opening ceremony and posting of the colors.

“Thank you all for traveling very far to be here and volunteering your time and your effort to represent and honor Native people, Native veterans and our active duty folks here on base,” said Redhorse.

Redhorse also said the  event highlights the diversity of the military and celebrates unity and the shared commitment to serve others.

The event was moved from the outside to inside the base’s warehouse due to weather conditions.

Base Commanding Officer William Winburn welcomed the Native veterans for traveling to the base and Redhorse, for helping organize the event.

“This is the first time an event like this has been held here at base LA-LB, and we couldn’t be more honored or blessed, it really means a whole lot to me,” said Winburn.

He said many of the veterans in attendance have served with honor and distinction. San Carlos Veterans Association presented Winburn with a decorative blanket bearing the tribal symbol of the San Carlos Apache Tribe, a burden basket, and warrior staff.

O’otham Veterans Association member Douglas Juan was among the representatives from the Community.

“Not everybody thanks you enough for your service, but as Native veterans, we’re all brothers and sisters, we watch out for each other and we take care of each other, so this event just goes to show how important [you] are as well,” said Juan.

Juan welcomed the veterans’ posts in attendance and the USCG personnel to come out to the 75th Annual Iwo Jima landing celebration in February of next year.

“I thank you on behalf of our Community and appreciate the invitation for having us here, you do a lot to protect our country at home and around the world,” said Juan.

Elizabeth Perez, Deputy Secretary of Minority Veterans Affairs, and a member of the California Valley Miwok Tribes, discussed the importance of connecting with other Native military members.

“I never saw anything like this. I think it is really important to understand were we come from and think of the hardships that molded us into what we are doing today,” said Perez.

Perez described  the historic trauma of her people, and how it was important to maintain a connection to her culture while in the Navy.

To close out the event, representatives from each of the veterans’ post provided a gourd dance and was joined by Winburn, who took part in the dance to honor the service members in attendance. 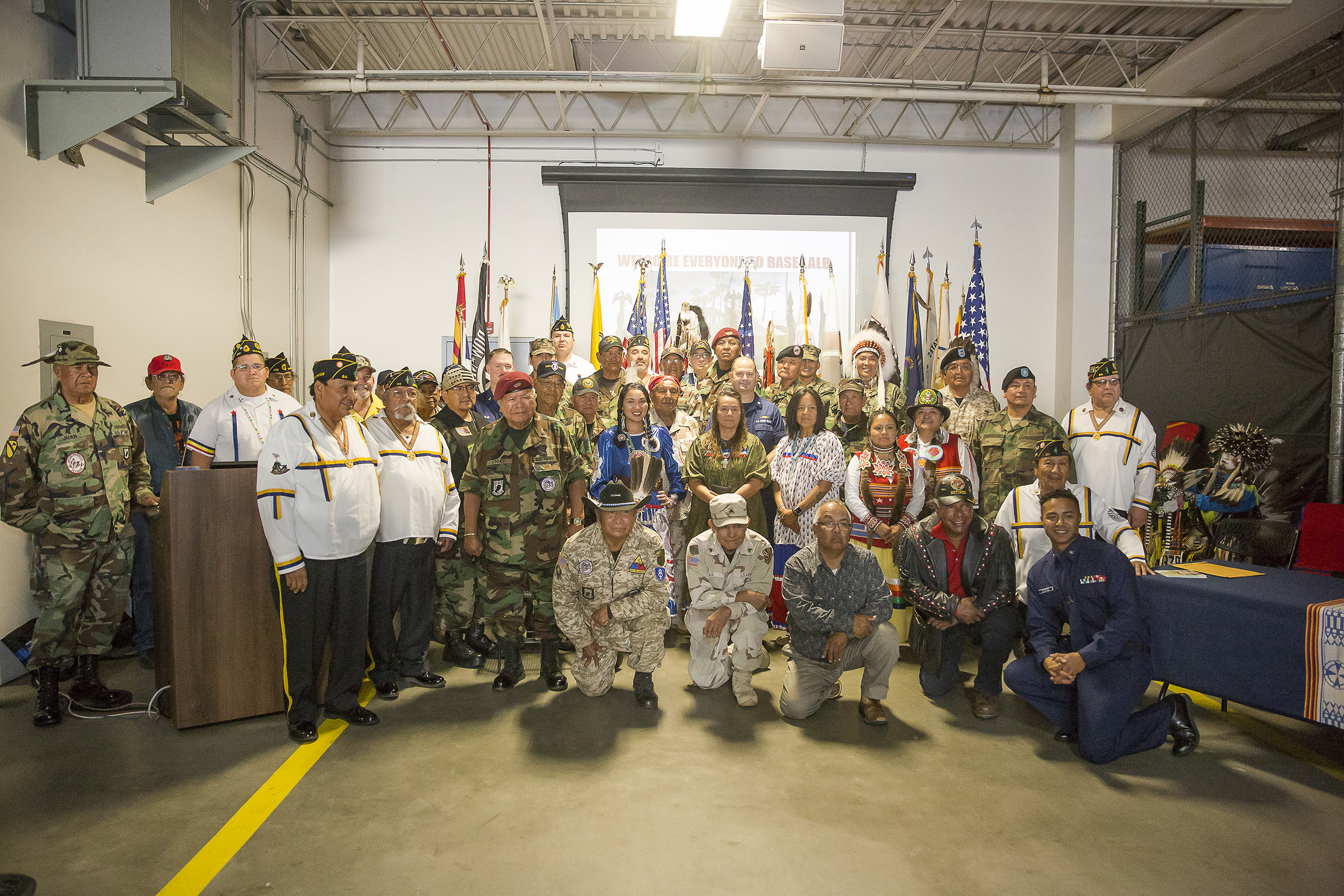 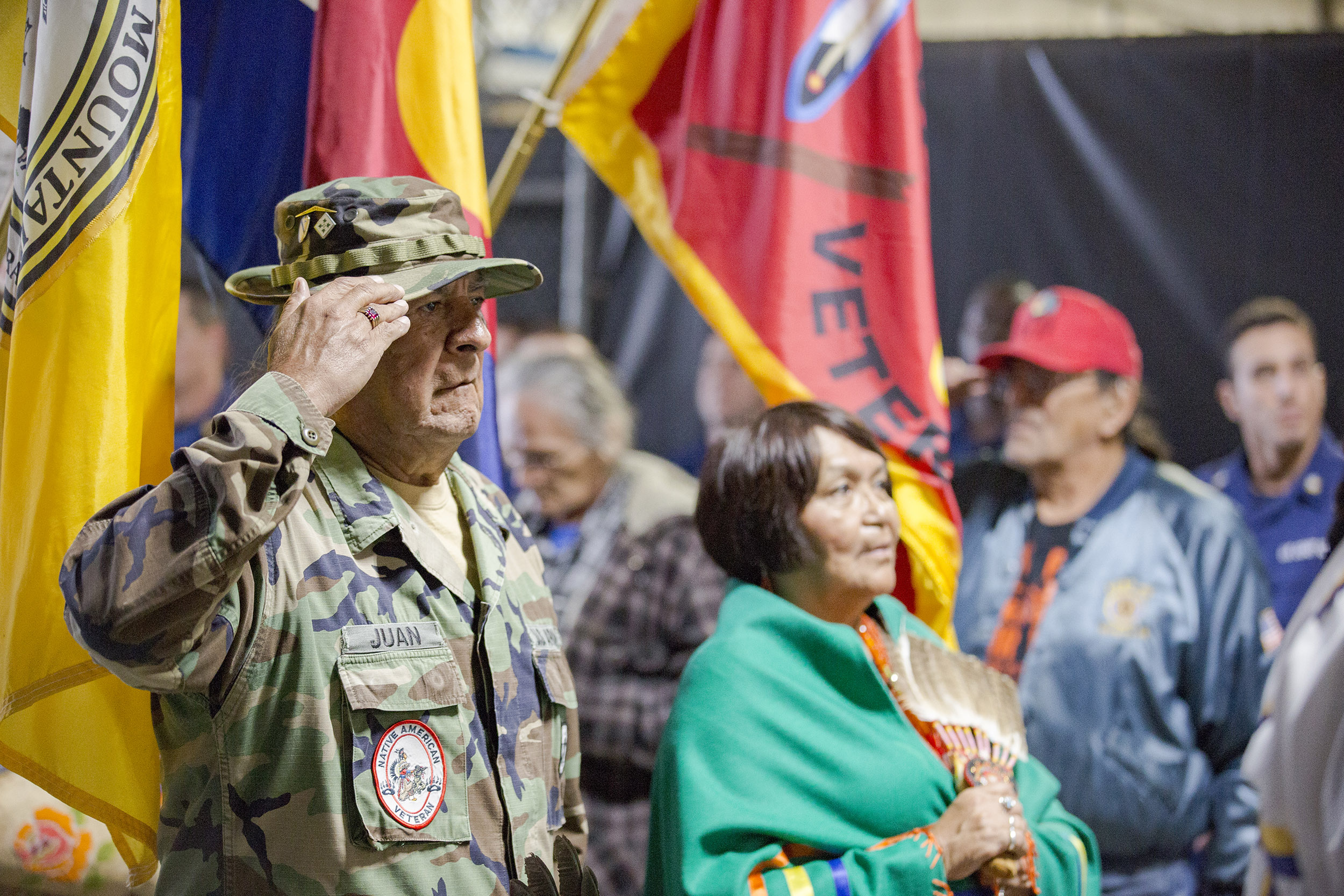 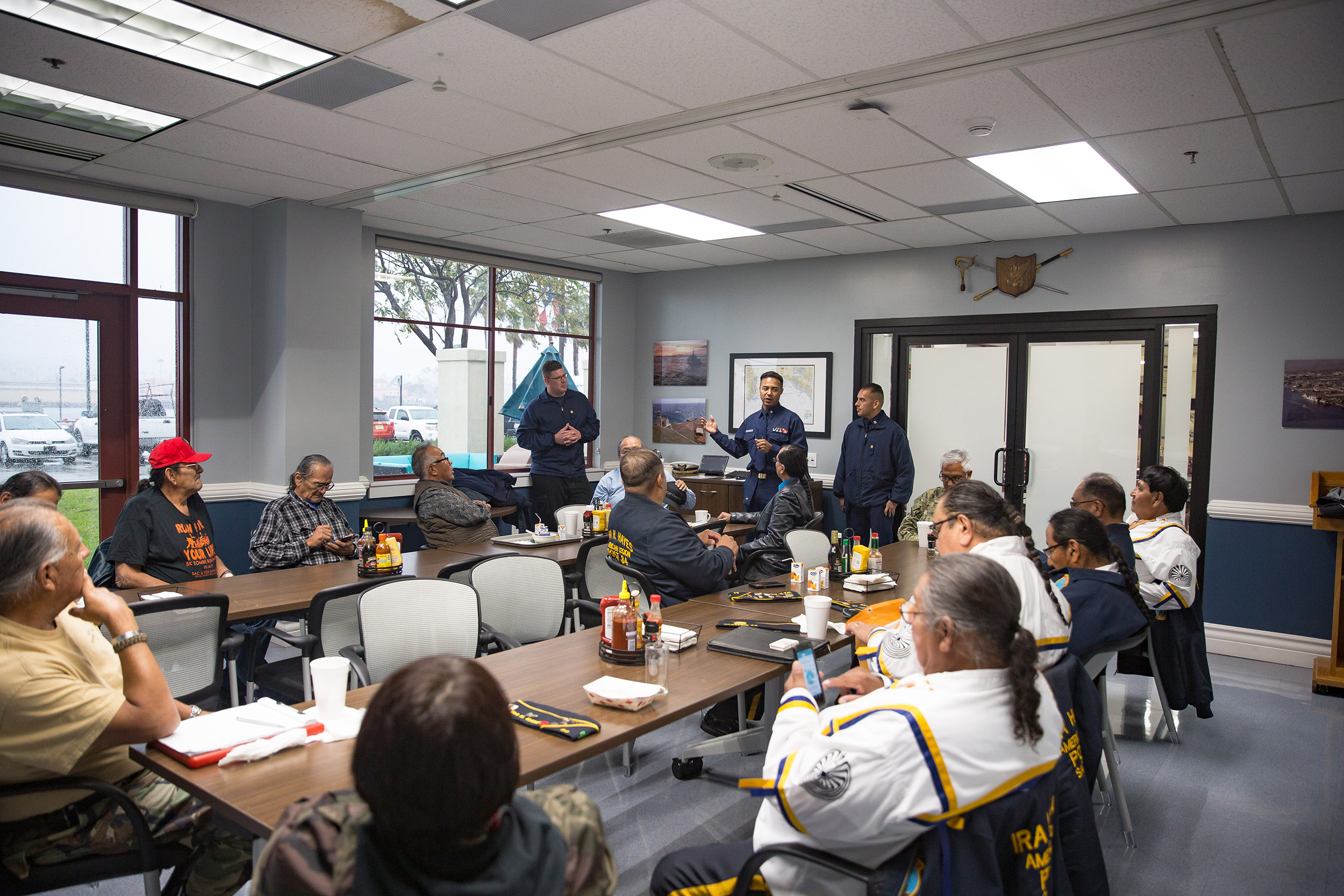 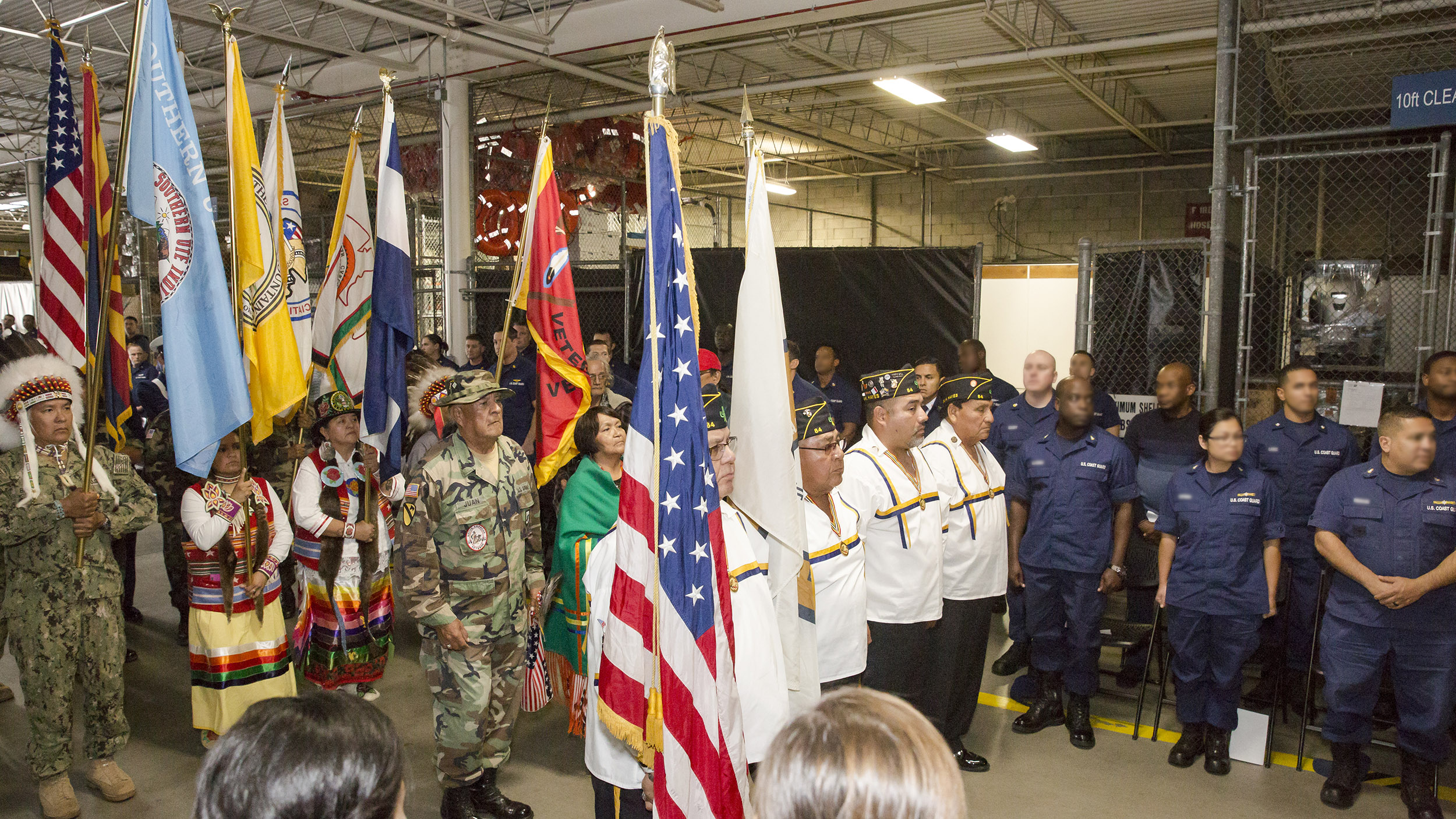