A conference to bring together law and policy makers was held on the Gila River Indian Community, to promote E-commerce among Indian communities nationwide.

“E”, or electronic commerce is an emerging arena of business tribes everywhere are capitalizing on as their businesses make online transactions to keep the wheels of economic progress moving forward.

The conference brings together like-minded individuals on the issues of bringing e-commerce to Native communities on  a wide-range of topics such as tribal gaming, technical infrastructure and the political influences that affect e-commerce within tribal communities.

This was just a few of the topics covered at the conference, which has been held at the Wild Horse Pass Hotel & Casino for four years, which is also a model of economic development in Indian Country.

“This is a testament of having the ‘Wiring the Rez’ conference for the fourth straight year here in our Community at the Wild Horse Pass Hotel & Casino,” said Gov. Stephen Roe Lewis.

In speaking about the connectedness of tribes everywhere he said, “Broadband is critical for e-commerce, but it is also critical for people to increase their access to education and healthcare services.”

He said the accessibility of online services are important given the fast-paced nature of how much information is exchanged through various forms of devices and infrastructure that is needed to meet the demands of a rural population, such as the Community.

“Unfortunately, as we all know, tribal lands are the least served area in the country with approximately 68 percent of tribal lands lacking access to good broadband speed,” said Lewis.

About the conference, it is about creating business opportunities that are associated with e-commerce, which acknowledges the disparities of tribal nations that strive to gain access to adequate internet infrastructure.

The conference is also geared towards opening dialog between tribal, academic and policy makers to discuss how they can work together to build infrastructure that will promote economic growth as the political landscape changes.

The college of law Dean, Douglas Sylvester said the school and conference is about discussing within Native communities and the greater population, that may be lacking in essential services.

“The Indian Legal Program is the preemptive program in any law school in the country that engages students, engages our community, raises important issues at every level affecting individuals both here across the state and across the country,” said Sylvester.

He said conferences are ways of generating interest from stakeholders and to create opportunities for them and students to learn about economic development and current issues communities face from the individual to the highest level of government.

He said, “It’s about making a real difference in policy and progress throughout all of the communities that we reach out and how we interact with them.”

In echoing Lewis’ comments, Sylvester said the hosting of the conference in its fourth year is an example of the progress that has been made by the Community to bolster the level of opportunities for its members and the opportunities for economic growth that expand into the area of e-commerce.

Delving into the conferences goals, it discussed updates from the Bureau of Indian Affairs, tribal regulation at the state and federal level, cyber security, online transaction in Indian Country and sustainable e-commerce.

In retrospect to the conferences objectives, Lewis said, “We owe it to our communities, those tribal members back on our reservation lands, our homelands that we come up with some innovative, perhaps provocative recommendations that we can bring to Indian Country.” 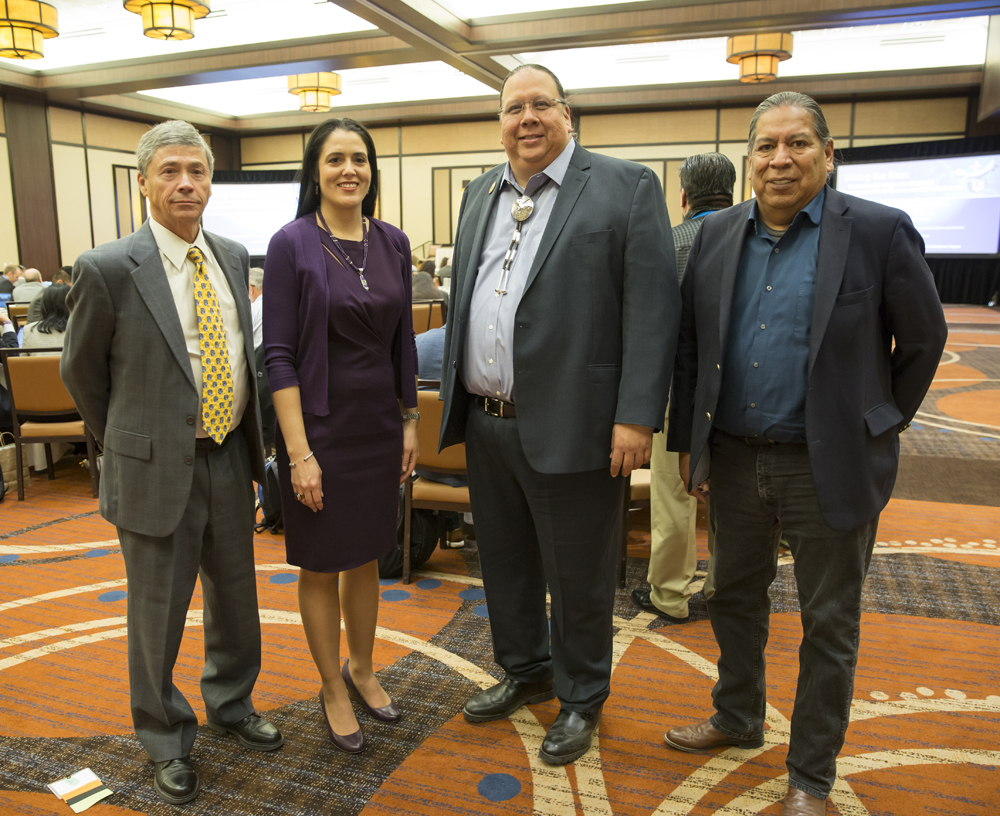