The Haskell Osife-Antone Post 51 donated five drones to the Blackwater Community School, which were presented to the student body during an assembly on Jan. 31.

In a demonstration, second-grader Jeremiah Soke flew one of the drones around the courtyard and even had the drone do a few flips in the air to the awe of the other students, while it took pictures.

“Listen to your parents, listen to you teachers and learn,” David Anderson of Post 51 said to the student body, reminding them to be good citizens.

The drones will be used by the Gifted and Talented Education (G.A.T.E.) afterschool program before being available to all students. The teachers and administration is excited to see how the students learn and interact with the drones before incorporating it into the curriculum so that all student have a chance to learn and use the drones.

Sacaton Middle School will be hosting a robotic challenge in the upcoming months. Last year, BWCS went as spectators but with the new drones are hoping to participate this year.

“I don’t think our students have done anything like this so it’s going to be a learning experience,” said Angel Mankel, G.A.T.E. teacher aide. “This area of G.A.T.E. focuses on robotics and computers; we will talk about how it works and the computer and software side of it. If its customizable, we will let the students do that.”

The partnership between the two neighbors has been very positive and BWCS principal, Jagdish Sharma, said that he is extremely thankful for everything that Post 51 does for their school. They have helped sponsor the school’s color guard and taught them mechanics of marching.

Vice Principal Misty Lopez was also extremely grateful of the donation from Post 51. Having been with school for seven years, Lopez said the partnership with Post 51 and Blackwater Community School has always been positive and was in full effect long before she started. The opportunity the students now have to learn new, innovative technology would not be possible without the generous donation.

She said that Post 51 is always willing to lend a hand to the school no matter what the event is. They have helped out with veteran and patriotic events. They come as guest speakers to the school and even have done a 21-gun salute at the school.

“This is an amazing experience and opportunity to learn and operate the drones while at school,” said Lopez. “This unique technology opportunity is nice to start them young because with the technology movement, who knows what drones will be used for in the future?”

In a show of appreciation, the BWCS spirit line performed two cheers for the crowd and for the members of Post 51, thanking them for all that they do to support not just the school but the Community. 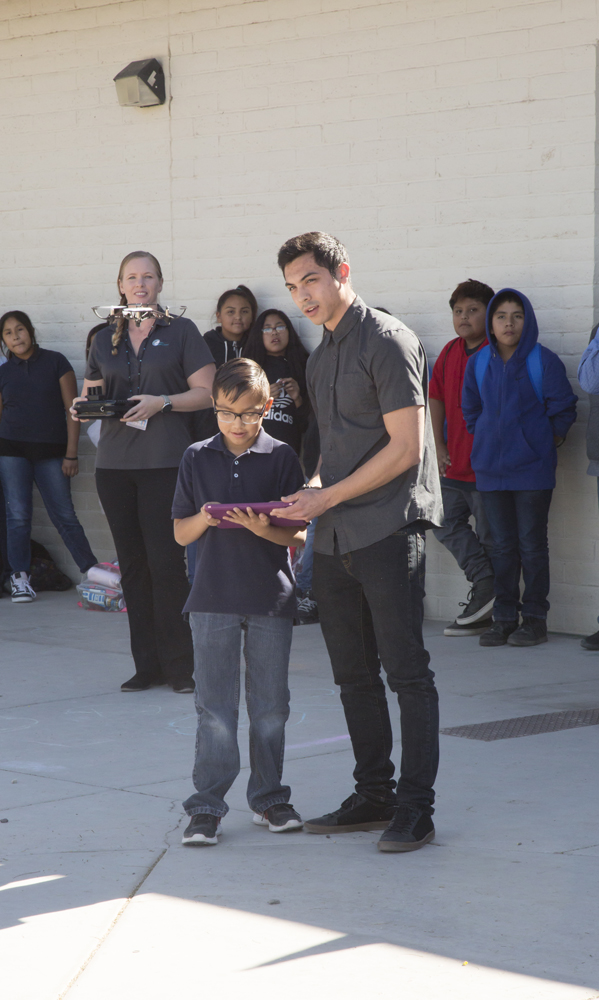 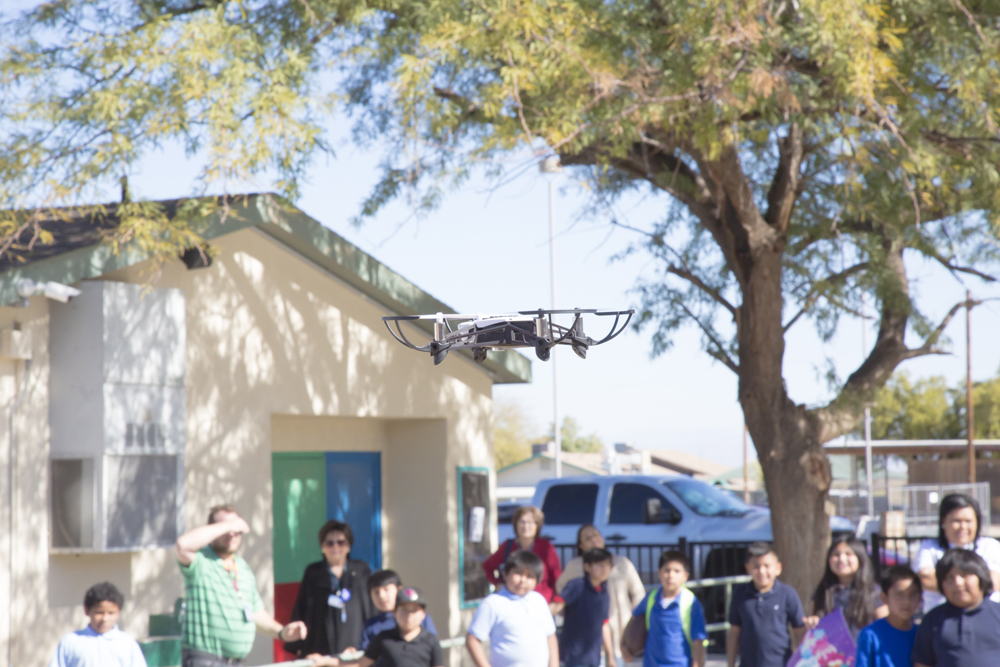