According to research conducted by the Tribal Education Department, advocating for education opportunities in the Community goes as far back as the 1860s. At the time, the late Antonio Azul pleaded with the U.S. government to bring schools to the O’otham and Pee Posh. If you follow that timeline to 2018, the Gila River Indian Community is still making education a priority. “We knew education was important,” said Anthony B. Gray, Culture Coordinator, Tribal Education, of the tribe’s history regarding schools and education. Gray offered the story of education in the Community in a presentation at the Governor’s 3rd Annual Education Summit held at the Sheraton Grand at Wild Horse Pass on Feb. 10. From Charles H. Cook, to the day schools and to the establishment of the Tribal Education Department in 1973, Gray traced the history of schools in GRIC, which followed along the contours of GRIC’s intricate past involving the Bureau of Indian Affairs, church organizations and various educators who worked in the Community since the 1800s.

With education stakeholders in attendance, such as students, parents, educators and tribal leadership, the 3rd Annual Education Summit built on the previous meetings, where in an open setting, comments from guests were encouraged regarding all of the educational needs in the Community. “The peoples’ voices want to be heard,” said Gov. Stephen Roe Lewis.

Following breakfast, a welcome by Gov. Lewis and Gray’s presentation, a town hall meeting portion commenced with attendees outlining priorities for education to be used later by Tribal Education in an action plan.

Attendees also used this time to offer comments from their perspectives as educators, parents and students. Cecelia Mix, District 4, a junior at Casa Grande Union High School said she would like public schools outside the Community to include more Native Americans in lessons on U.S. history. “We learn about everything, but us,” she said.

A panel discussion included representatives from Salt River Schools and the Native American Community Academy from Albuquerque, N.M. who explained their unique educational models for Native students. Arizona State University Assistant Vice President, Tribal Relations, Jacob Moore, was also on hand to delve into economics and job growth as it relates to education.

Hogg, who is chairman of the Education Standing Committee, used the latest total GRIC membership to emphasize the large number of school-aged Community members.

“In order for us to progress to the future, we need to accept that change and move forward,” said Hogg.

Lt. Gov. Robert Stone was also among the final speakers before a raffle prize giveaway. Lt. Gov. Stone remarked on the positive movement in education in GRIC. “Let’s keep that energy going,” he said.

According to Tribal Education, 187 total attended the summit with 127 Community members in attendance. 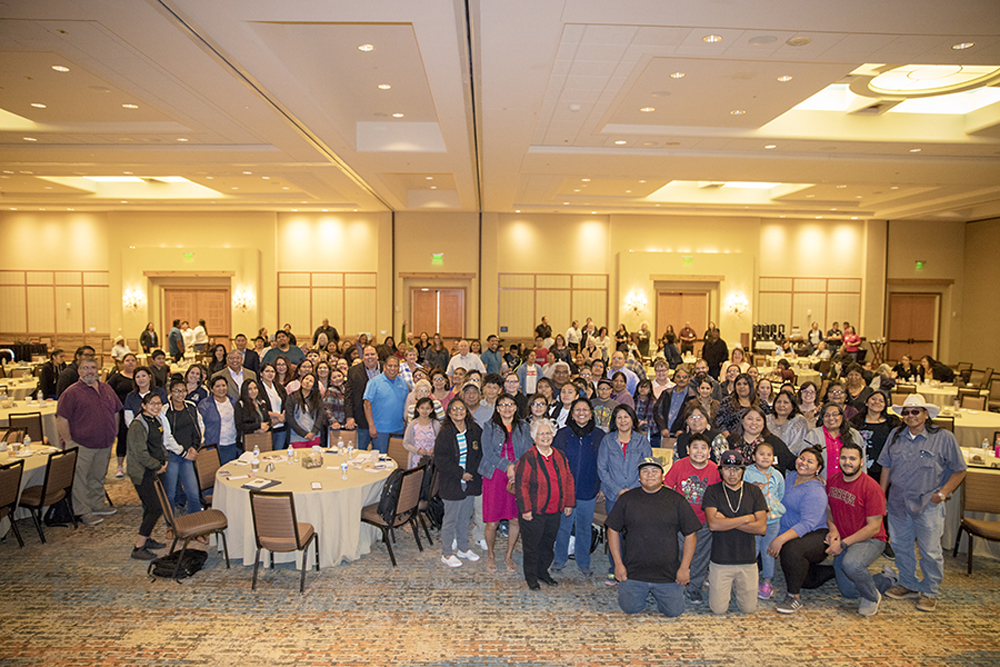 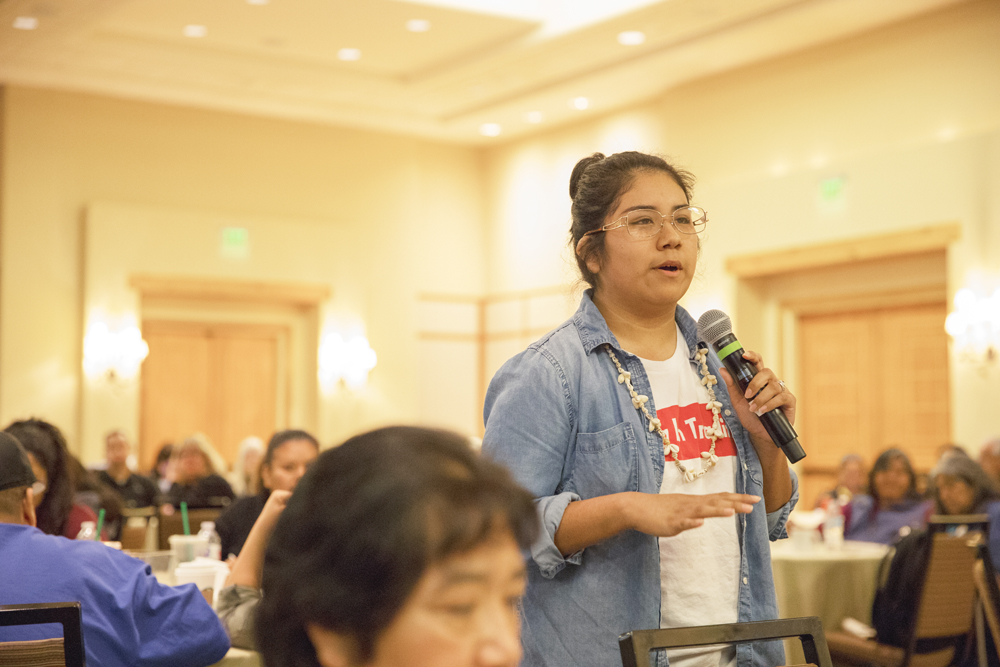 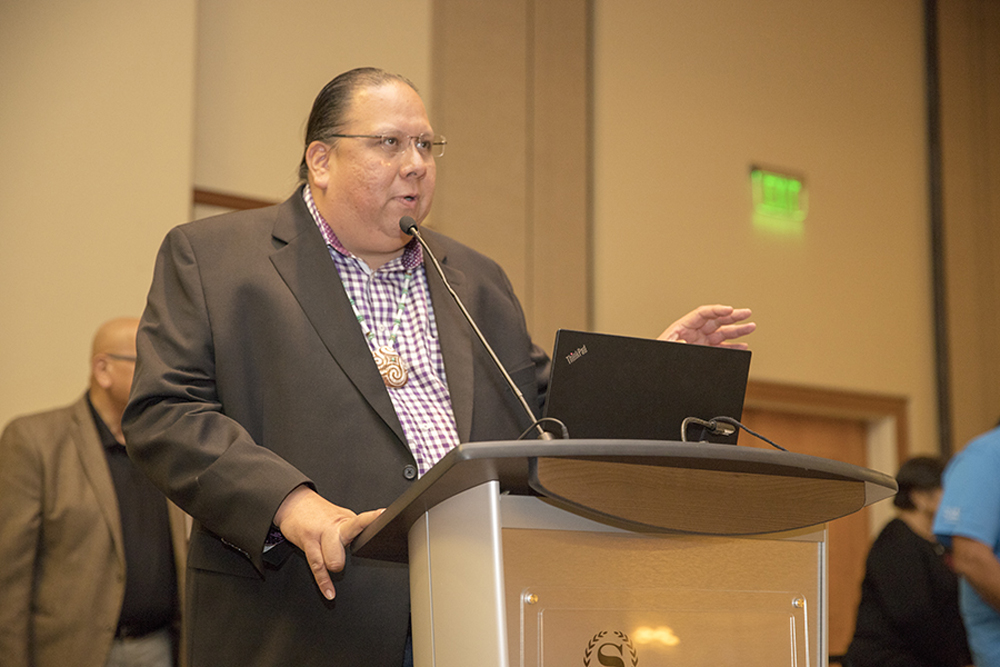 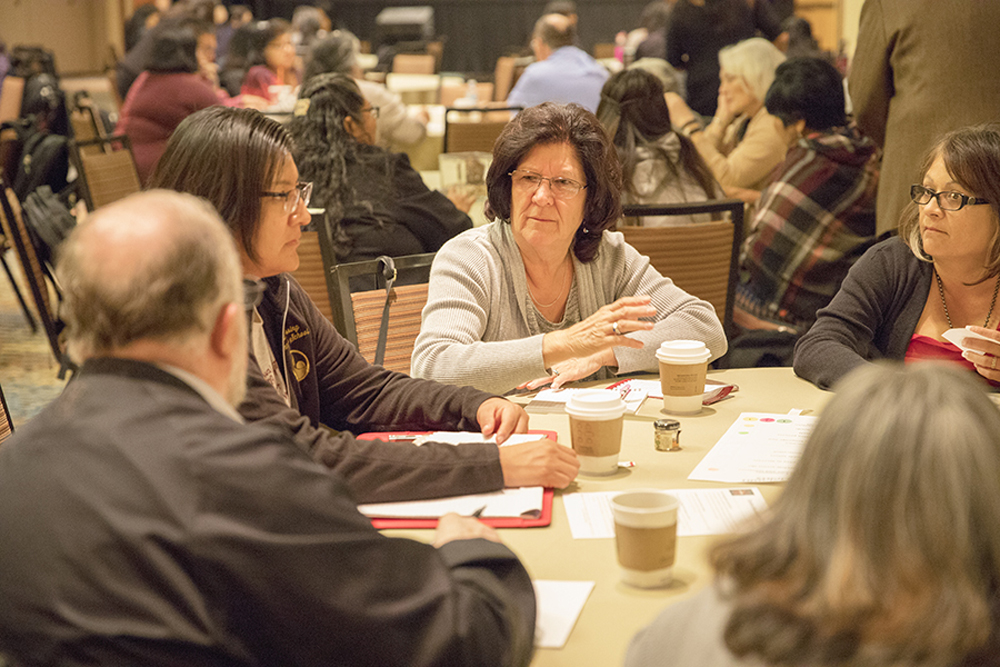