Community member, Nicholas Harrison, drilled a corner three-pointer with 14 seconds left in the game to bring the Bears within one point. On the ensuing possession, Harrison came up with a steal with six seconds left and drove to the basket before tripping as time expired, no foul was called.

“You can never put in on the refs and cannot depend on that at the end of a game,” said Coolidge head coach Christopher Leman. “It was a wild play… got the turnover and (Harrison) is going between a couple guys, it could have went either way at that point but you can’t rely on that call to happen.”

The disappointing end erased what would have been a come from behind win. The Bears trailed 56-50 with just over a minute left in the game after going scoreless for four minutes.

With about a minute left in the game, Harrison came up with a steal and was fouled. His two free throws brought the Bears within four, Coolidge implemented a foul strategy to stop the clock and force the Patriots to ice the game from the line.

The game had been nip and tuck with the Patriots taking an early eight-point lead before the Bears came within two at the end of the first quarter.

In the second quarter, Coolidge took control of the game as their zone defense bottled up the taller frontline of the Patriots. American Leadership Academy couldn’t capitalize as they continuously struggled to hit open shots from the perimeter.

Harrison nailed a three-pointer with 3:03 left in the first half to open up a 23-18 lead. A put back by Jordan Hinojos with less than two minutes to go gave the Bears their largest lead, 25-18, but a four-point swing by the Patriots closed the lead to just three at the half.

The two teams traded basket for basket in the third quarter with Coolidge holding a slim, 44-42, lead heading into the final quarter of action.

ALA tied the game on a basket by 6’6” sophomore Dyson Lighthall and took the lead for good on a steal from Zach Anderson that led to an easy lay-up for Stone Smith. The Bears sliced the lead to one point on two occasions and stayed within striking distance.

With 5:23 left in the game, Seth De La Rosa hit his fourth triple to tie the game at 50-all. However, the Bears offense stalled and went ice cold for the next four minutes, including going 0-for-5 at the charity stripe.

The free throw struggles ultimately doomed the Bears, who shot a dismal 10-for-23 overall.

“We gave ourselves an opportunity to win but we missed 13 free throws which is unacceptable,” said Leman. “For us to miss that many down the stretch is unacceptable. For us to not close this (game) out is disappointing.”

Leading the Bears was De La Rosa with 18 points, Jovann Thompson added 15 and Harrison finished with 13.

Coolidge fell to 11-11 (1-6 region) on the season with four more region games left before the post season. Coolidge, who dropped two overtime games to region foes, will have to pick up some wins in order to solidify their playoff spot, which could disappear without a much-needed win.

Earlier in the night, the Lady Patriots picked up a big 79-45 win over the Lady Bears. 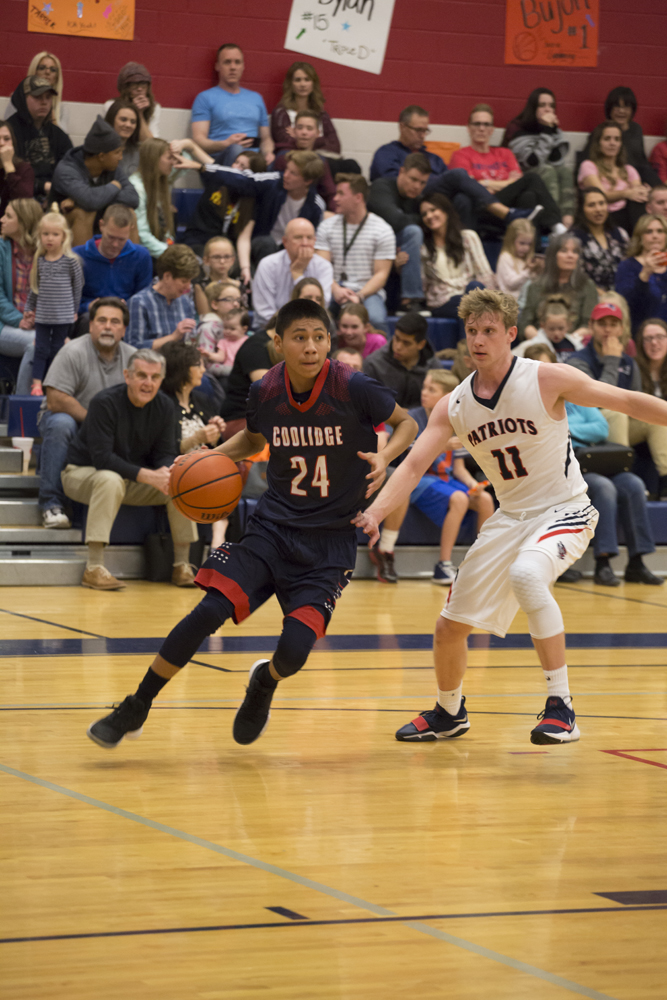 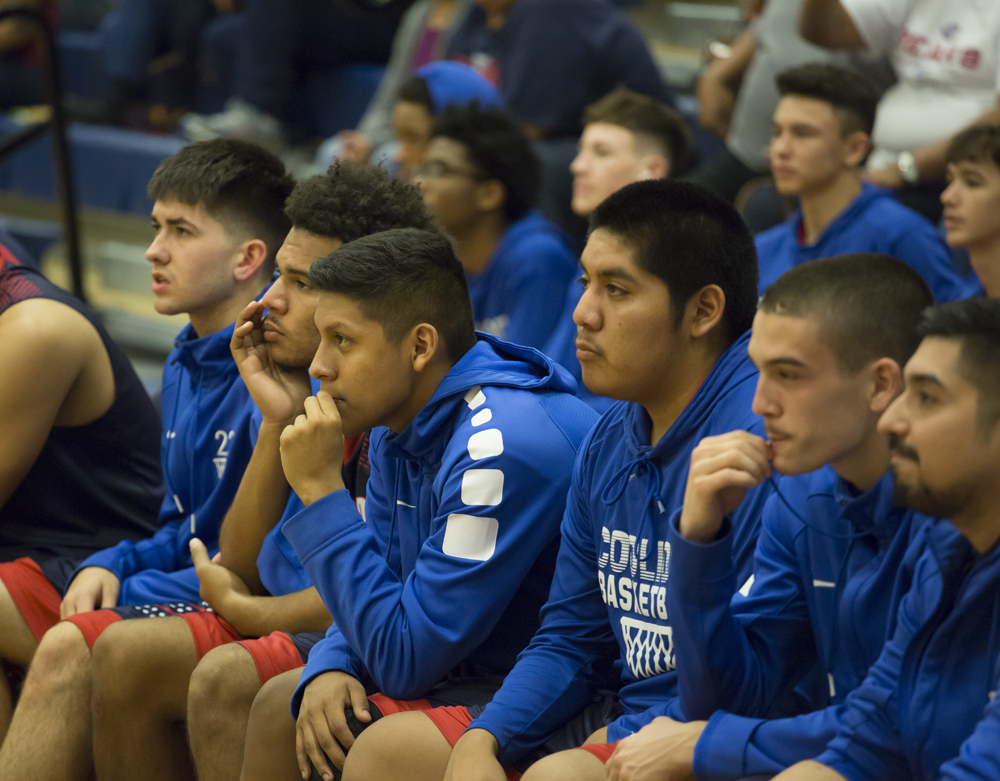 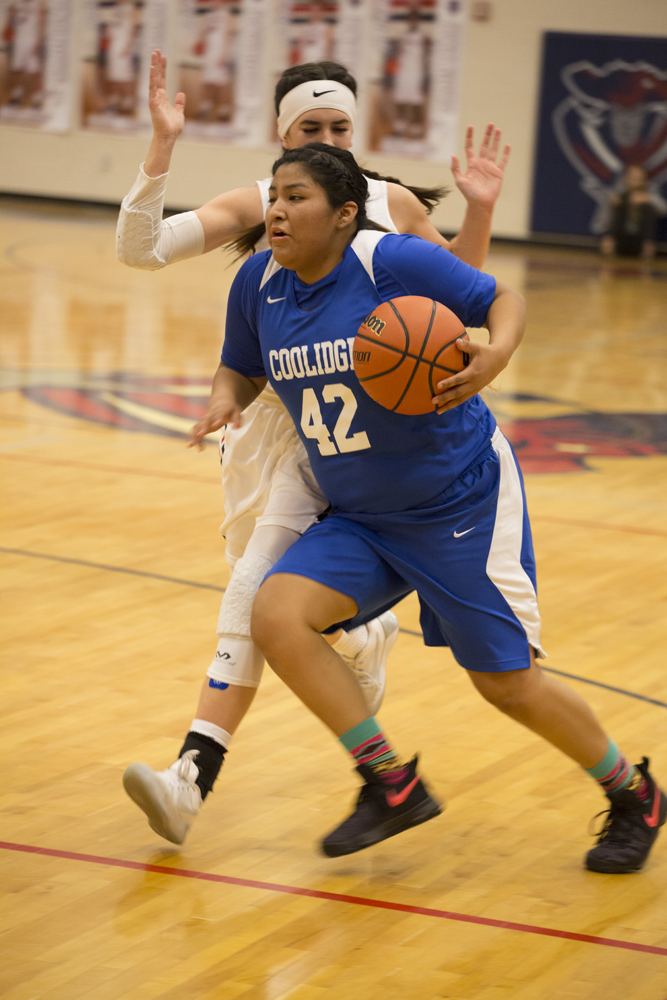