Among the many treasures of the Gila River Indian Community is the riparian wetlands that are undergoing restoration from a dedicated group of staff and volunteers.

With the start of the new year, the Department of Environmental Quality is getting right to it, as they continue to bring native vegetation back to the Pee Posh wetlands.

The DEQ staff and its small group of volunteers planted cottonwood trees along the banks of the Pee Posh wetlands, adding to an increasingly lush habitat that is bringing signs of life back to the area.

After harvesting the cottonwood poles from the Queen Creek riparian wetlands, the group of harvesters/planters took to trimming and prepping the poles for submersion in water before being ready to plant.

The submersion of the poles in the water for 5 to 7 days allows the cottonwood poles to stay alive until ready to plant.

With the poles stacked together in bundles, a tarp is placed around to offer a layer of protection from beavers that are to known to reside within the wetlands.

“We know they are here, because they are taking all of our trees,” said DEQ Aquatic Scientist Charles Enos, followed by a light chuckle.

He said, “The beavers created this whole wetlands years before we even started working with it.”

In 2014 Enos said a lot of restoration began with channel restoration and clearing sediment out to get water back to the pond where the beavers live.

The restoration continued on with the clearing invasive vegetation to make way for the native plants like cottonwood and willow, which do well in moist areas like the Pee Posh wetlands.

During the planting of the first batches of cottonwood, the poles were surrounded by a fencing to protect the beavers from cutting them down.

Now that a stable amount of cottonwood and willow are in the area, during the planting of the poles fences are no longer needed to safeguarded them from beavers.

Enos said the trees grow very quickly, which in most cases is about 10 feet every year, as he pointed to the towering cottonwoods that have been planted two to three years ago further into the wetlands.

He said in the past, fires swept through parts of the wetlands causing damage to cottonwood trees in the area, “We had to plant all the cottonwoods you see here, because we got hit by two fires and the cottonwood are not tolerant to fire, were burned…the willows, those came back.”

With a little help the DEQ staff get from the Bureau of Indian Affair Pima Agency Fuels Crew and the Workforce Innovation and Opportunity Act interns, they were able to clear the way for the new poles to be planted, after being dredged from the wetlands pond.

He said with the help of the fuels crew, he can give them training on how to harvest, prep and plant cottonwood poles during restoration projects like the one they were working on in the Pee Posh wetlands.

Enos described the transformation of cottonwood once they start to dig their roots into the soil and moisture starts to absorb into them at different parts of their growth cycle.

“Some of them are not budding yet,” said Enos pointing to a cottonwood branch that has not yet bloomed.

“In about a week they’ll start puffing out and start budding. When we get the poles in the ground the buds will start growing out,” he said.

What makes the cottonwood and willows unique is that they can be taken from one place to another and planted and once they are, they start blossoming with an adequate water supply and soil conditions.

He said planting cottonwood and willow trees hasn’t been always ideal due to the high acidic level of soil in certain areas of the Community, which makes the Pee Posh wetlands an ideal place to plant the trees. 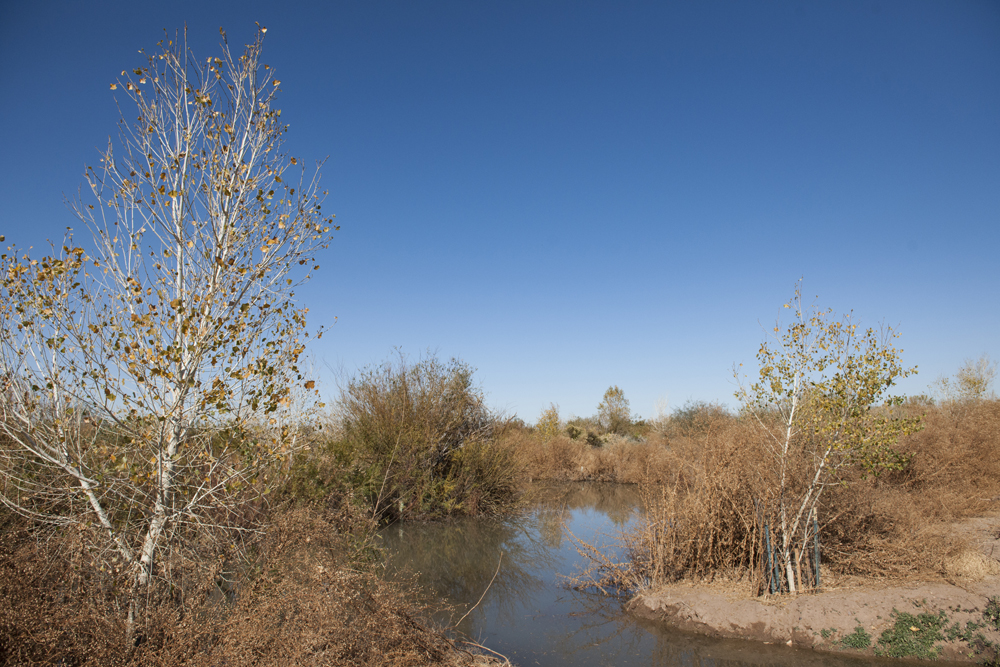 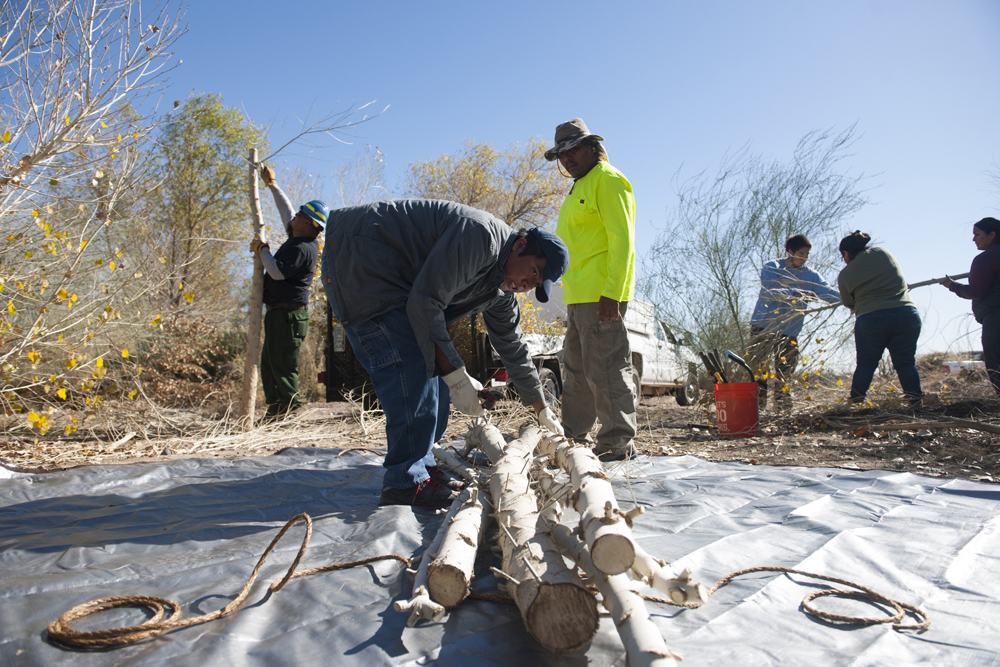 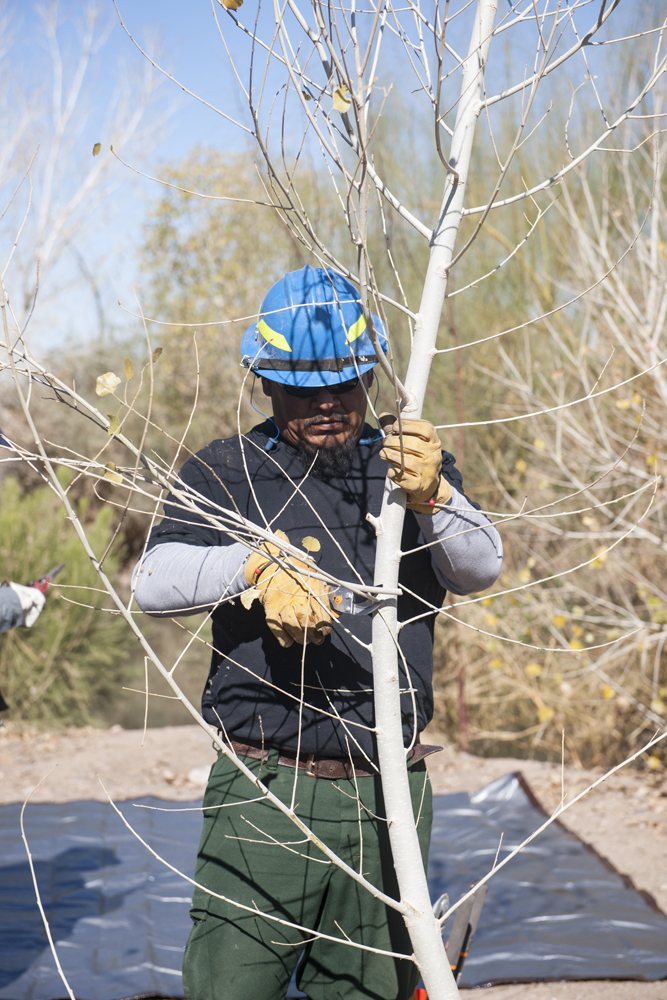 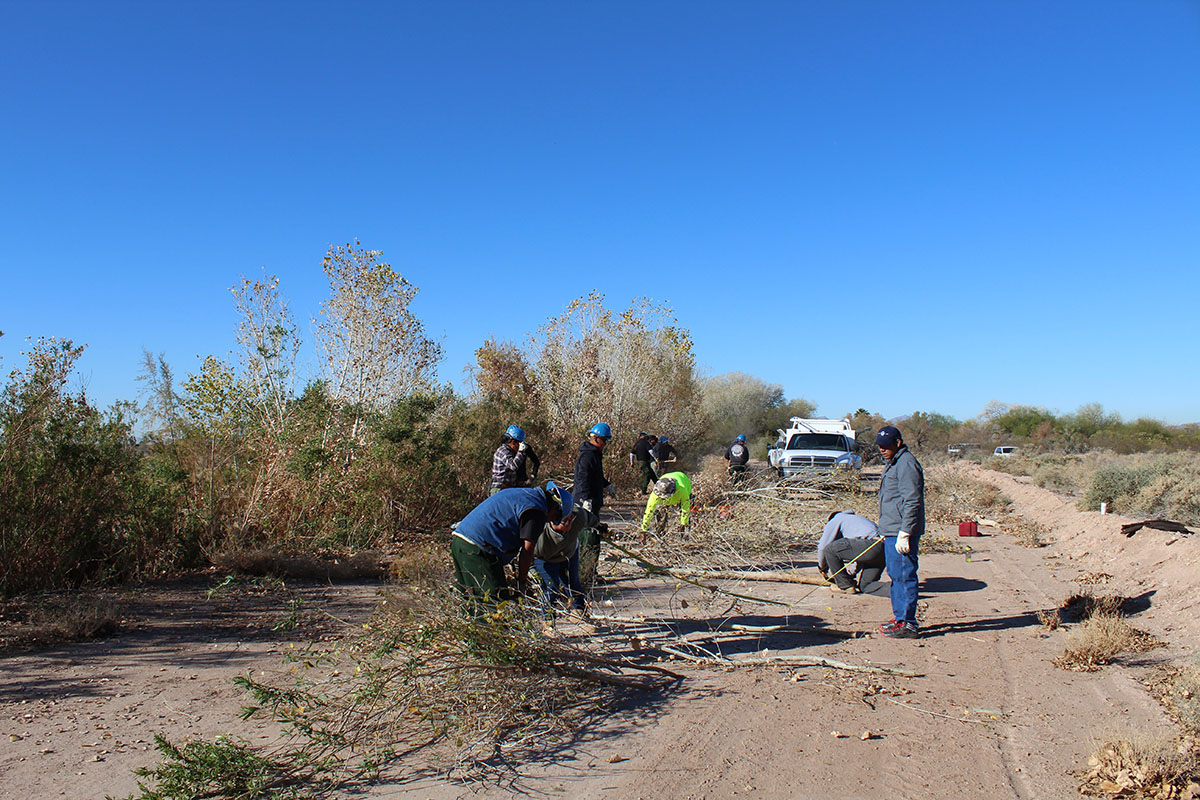 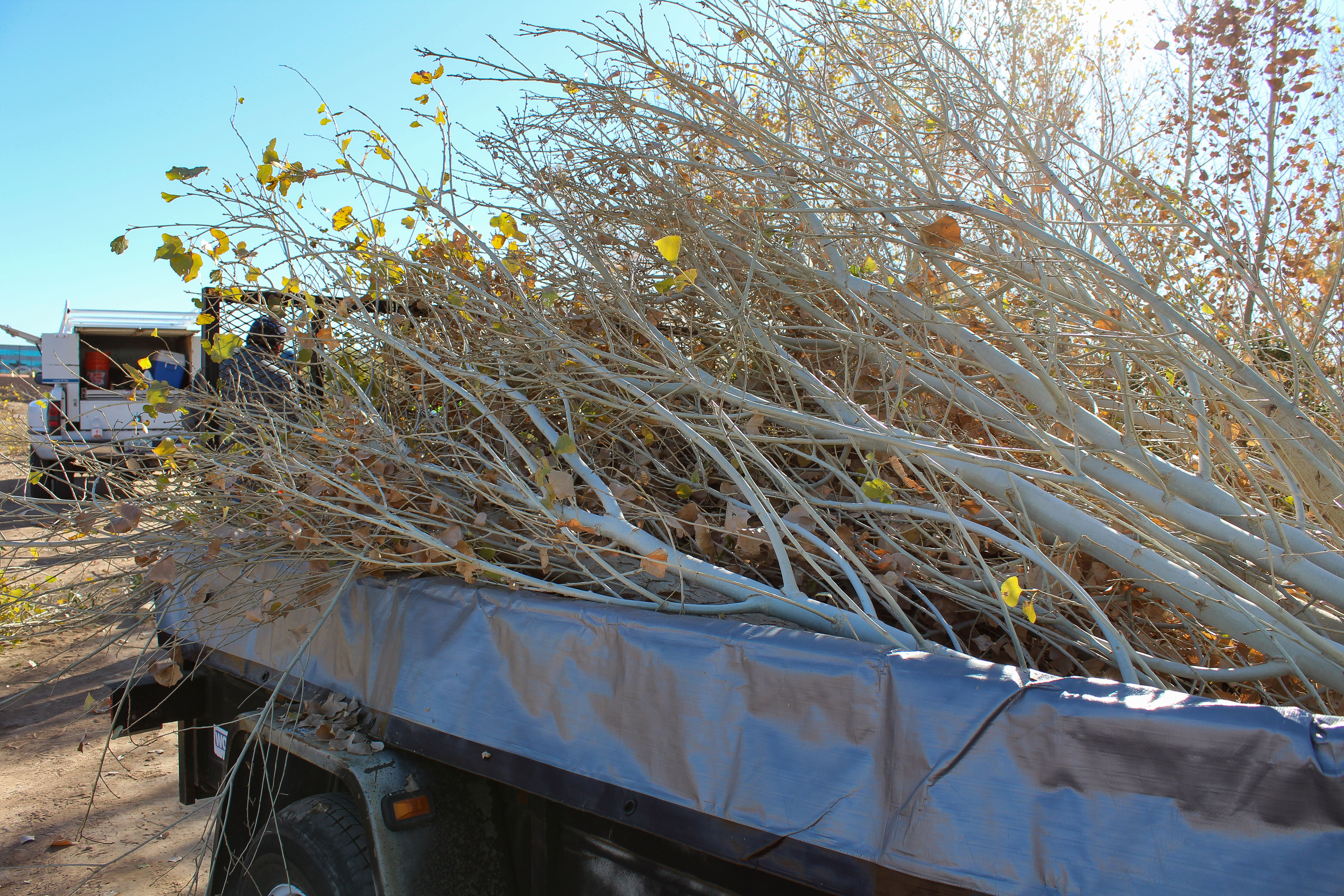