A bill to put an end to one racial slur was introduced at the Arizona State Capitol before tribal leaders and activist at a recent press conference.

The bill would prevent the University of Phoenix Stadium and sports facilities that are publicly funded to cease broadcasting the Washington team name during NFL games.

According to a House Democrat’s press release the bill will, “disallow publicly funded stadiums from displaying or broadcasting the name when Washington plays games in Arizona.”

In the press release Descheenie said, “If we are choosing to spend money on these publicly funded stadiums, I do not think that we should make offending our indigenous brothers and sisters the official policy of the State of Arizona.”

Navajo Nation Vice-President, Jonathan Nez, joined Descheenie in support of HB 2499 and said his support of the bill is not simply about saying no to using the team name, but to show how Native people are represented at sporting venues across the state.

“If you see behind me, we have a lot of law makers that are saying ‘no.’ They’re saying no we don’t want any government funding to be supporting, disparaging remarks or terms such as ‘Redskins’,” said Nez.

Another supporter of the bill, Amanda Blackhorse, was on hand to discuss her efforts to get the team to change their name.

Blackhorse, who was the plaintiff for the case, Blackhorse V. Pro-Football, Inc., shed light on the misrepresentation of Native people in sports.

She is also an activist with the group, Arizona to Rally Against Native Mascots, spoke out about the use of derogatory names of ethnicities in sports teams.

She said the case to get the U.S. Patent and Trademark Office and the U.S. Fourth Circuit Court of Appeals, to cancel the teams’ trademarks registration was vacated, officially ceasing any effort to change the name.

Despite the cases outcome, Blackhorse said the push to remove the team name is a response to the long-standing struggle for fair representation for Natives across the nation.

She said, “We need to address this issue head on when you mascot a race or ethnic group, you perpetuate stereotypes of that group. You trivialize their culture, you dehumanize it. If you dehumanize a race long enough will society care about their health and well-being?”

Descheenie said that the continued use of the name is a harmful racial slur that dates back to 1932 when the federal government imposed “civilization regulations” that banned all native tribes from practicing their traditions publicly.

In providing a context of the era back to when the name was created Descheenie said, “Why do we still have this mascot now? And Specifically to HB 2499, why is the Arizona state government implicitly or explicitly condoning that?”

To clarify his reason for introducing HB 2499, Descheenie said this is not about limiting free speech, but is about government speech and how the state of Arizona engages in expressive conduct, stating that fans and the Washington team itself are external to what the bill represents, which is specific to governmental facilities, like the University of Phoenix stadium.

“I believe the State of Arizona has a bright future when it begins to gain a conscience via its electoral process, via its state government. We’re better than that and I’m proud to say that is an indigenous peoples higher philosophy of life that is presenting [this],” said Descheenie. 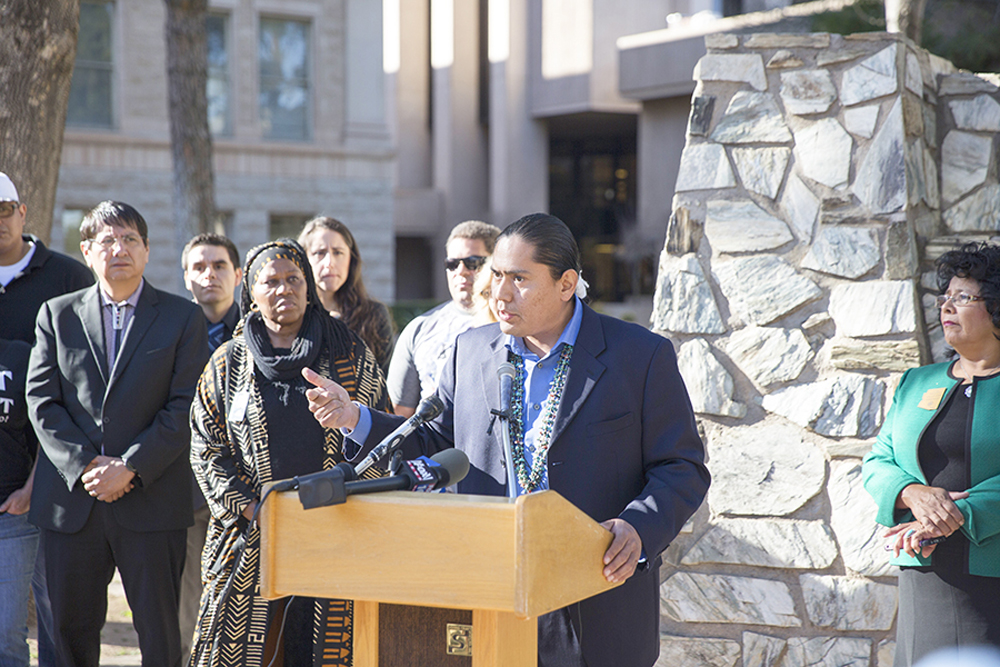 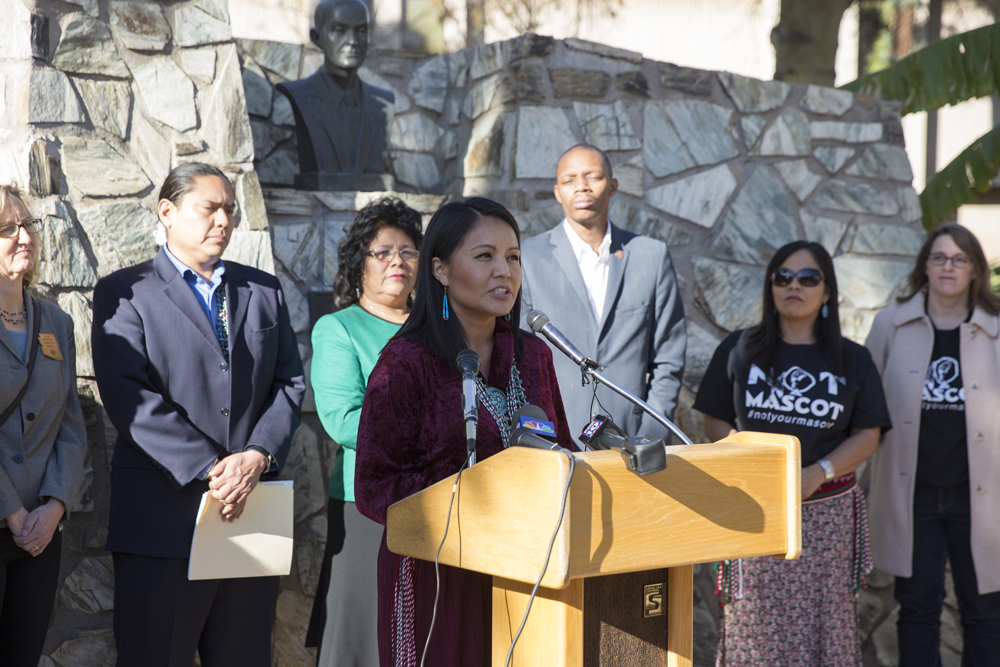