Taking the oath of office was Stephen Roe Lewis, who was reelected for a second term as Governor of the Community. Joining Lewis in the executive office will be newly elected Lt. Governor Robert Stone. Also, taking their oaths as judges to the Community were Donna Kisto-Jones, Dallas DeLowe, Janice Breckenridge, Lucille Antone-Morago and Sherri Cassa.

Acting as the master and the mistress of ceremony was District 6 Community member, Jason Jones, and Miss Gila River, Anissa Garcia, respectively.

Giving a special message to the Community was Arizona Governor Doug Ducey. Gov. Ducey discussed the partnership between the Community and the State of Arizona. He also discussed the ways in which the Community has grown important industries such as tourism and hospitality as well as creating revenue for both the community and state by modernizing the state’s gaming compact. He also commended Gov. Lewis for focusing on the educational growth of the Community. Also, mentioning how critical a role GRIC plays in Arizona’s water struggles.

“From this community will come Arizona’s next generation of engineers, scientists, educators and elected leaders,” said Ducey. “I really would like to see a young person from this community grow up to become, someday, the governor of the state of Arizona. I want to thank Gov. Lewis for his irreplaceable partnership in the most crucial aspect of life here in the desert: water. While California experiences a water crisis, Arizona has not and that’s due in large part to the cooperation we share with all of you. The Gila River Indian Community is no stranger to water rights and we are fortunate to call us our partners.”

The keynote speaker was Arizona State University President Dr. Michael Crow, who was extremely honored and thankful to be at the prestigious event.

Next was leadership office, with Lt. Gov. Stone taking oath of office followed by Gov. Lewis. After their oath of office, each gave an inaugural address to the Community members in attendance.

Lt. Gov Stone addressed the crowd first. He challenged Community members who speak O’otham and Pee-Posh to share that with the younger generation. He also talked about listening to the Community for their needs and along with Gov. Lewis will make the Community proud.

“Throughout the Gila River Indian Community’s history we’ve had courageous leaders who have served and fought for some of the things we enjoy today for our O’otham and Pee-Posh,” said Lt. Gov. Stone. “I stand here before you today and say it’s a great undertaking for me to follow in the footsteps of these outstanding leaders but with their spiritual presence and our creator’s guidance, let me assure you that I, working along with Gov. Lewis, will lead your longest journey of our Community, united and proud O’otham and Pee-Posh people."

Following Lt. Gov. Stone was re-elected Gov. Lewis, who thanked those in attendance who did not hold a public office because he said those are the real bosses to elected tribal officials.

Gov. Lewis discussed the partnership of Arizona State University and the Community as well as the economic upgrades to the Wild Horse Pass Development. He also talked about a new school for grades kindergarten through eighth grade that will be coming to the Community in Gila Crossing and open in 2019. As well as the opening of a new healthcare facility, Redtail Hawk.

“When it comes to our people and our sovereignty and our rights, we will not back down. We will not go away and we will not give up. Our community history is a story of a 1000 years of resiliency of meeting challenges and tackling complex issues,” said Gov. Lewis. “I believe in innovation, our community, our history and our legacy is about innovation.” 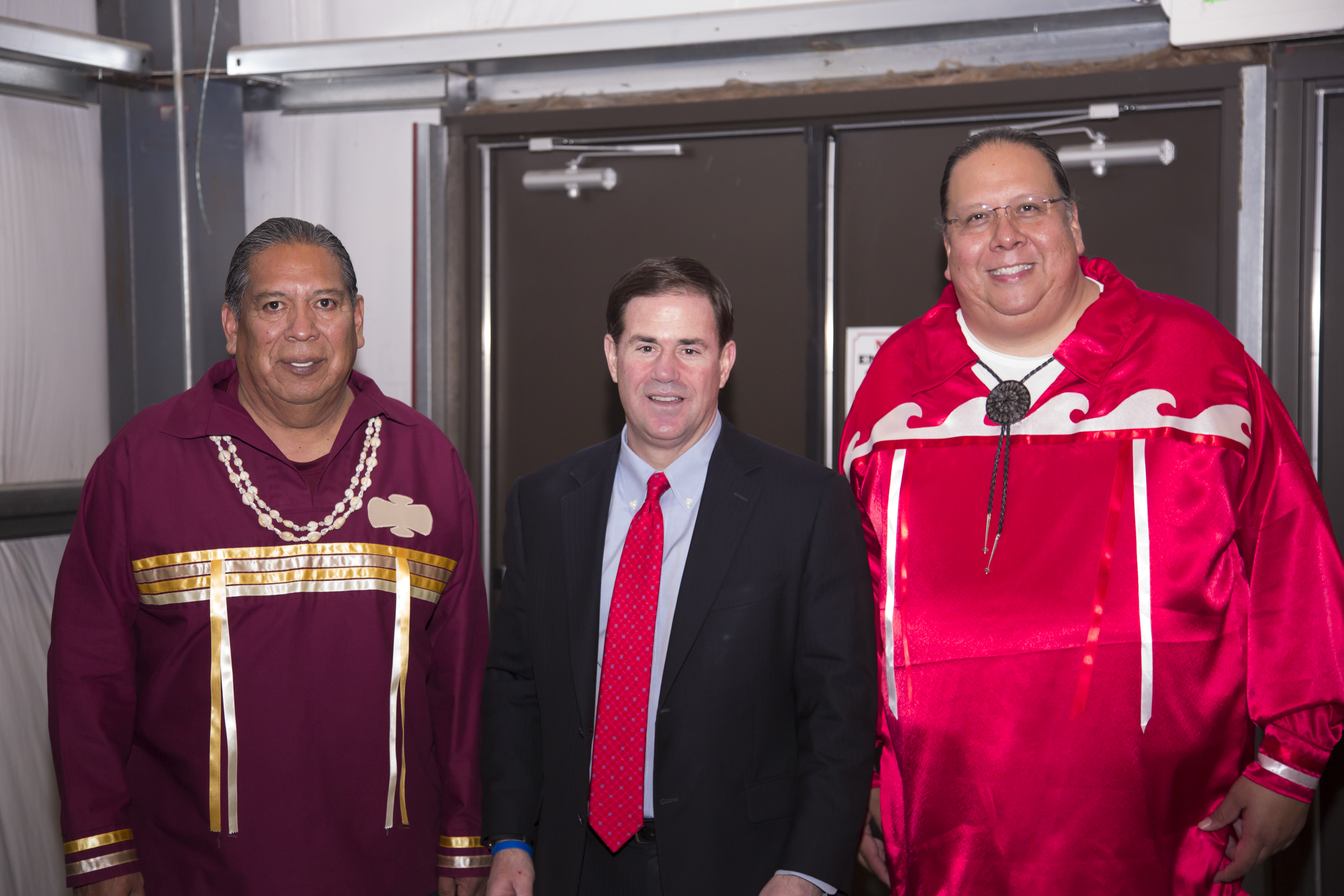 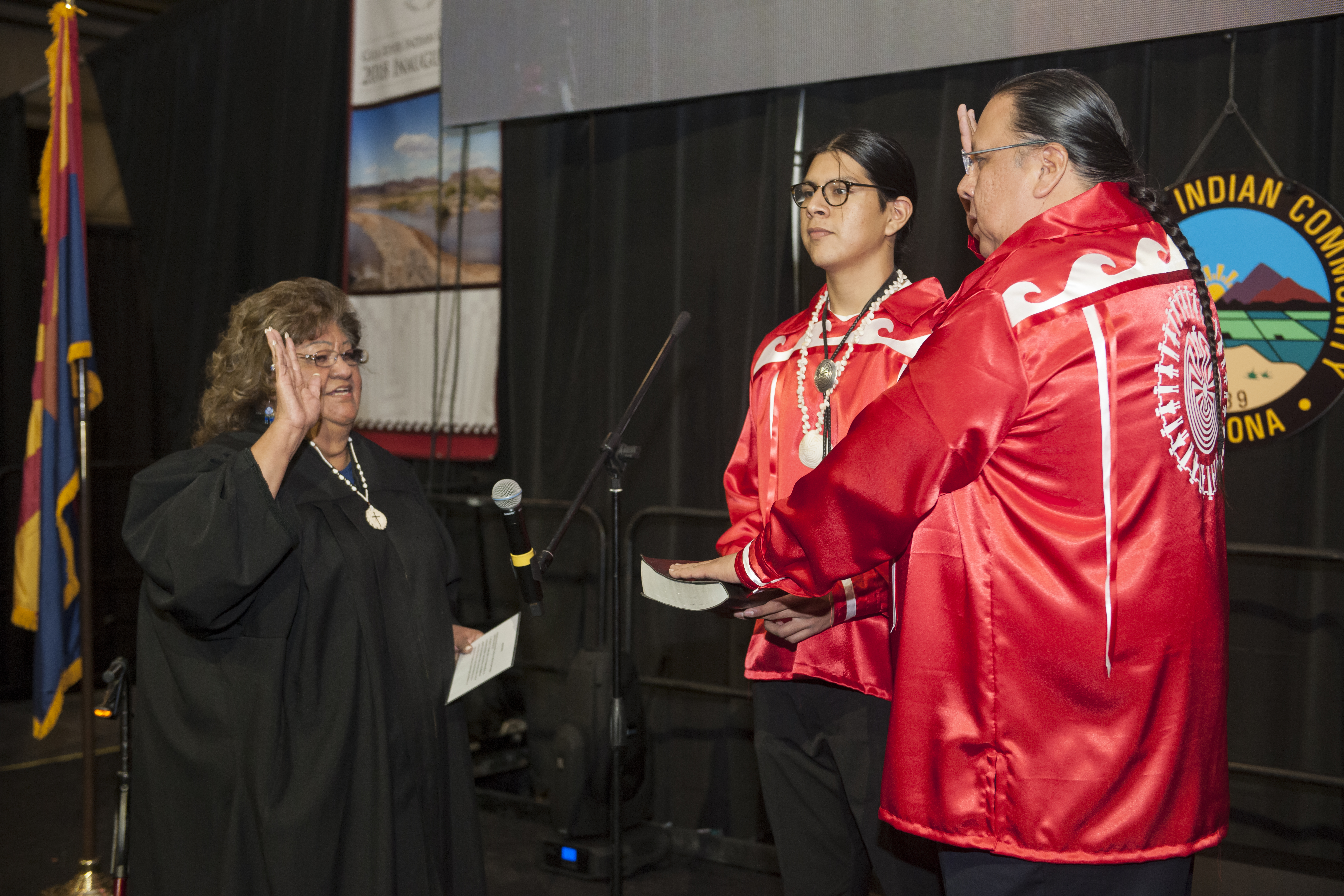 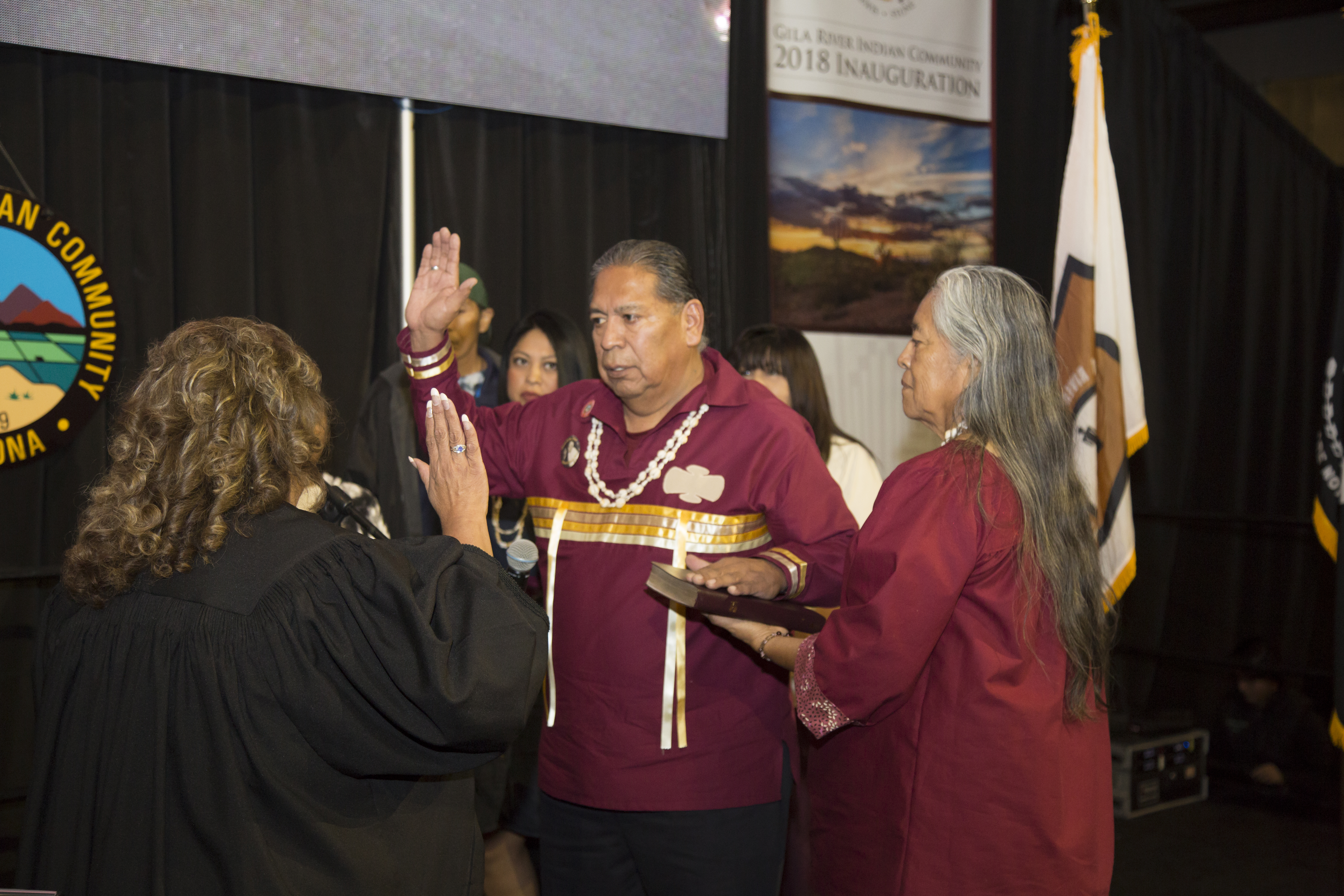 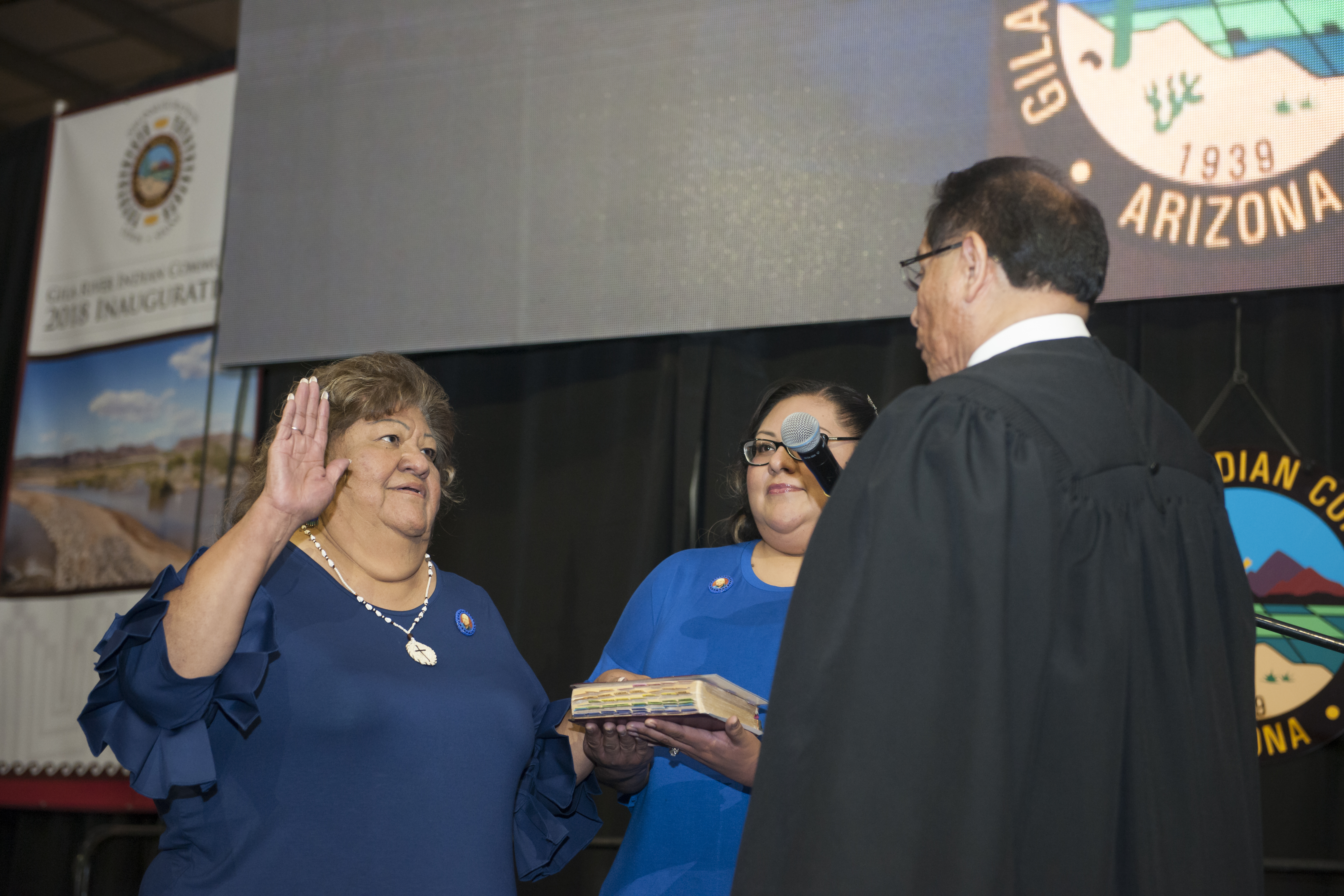 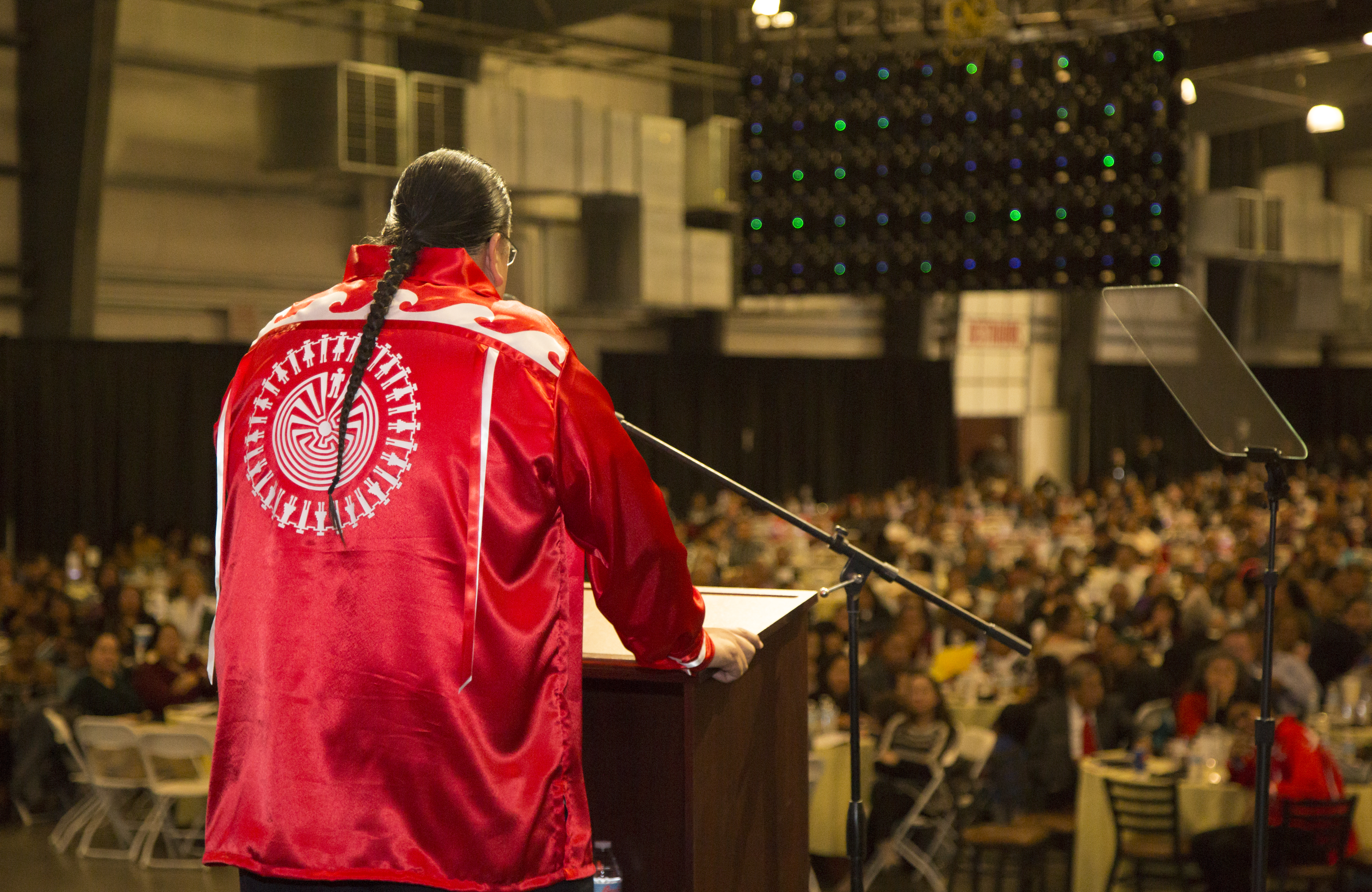 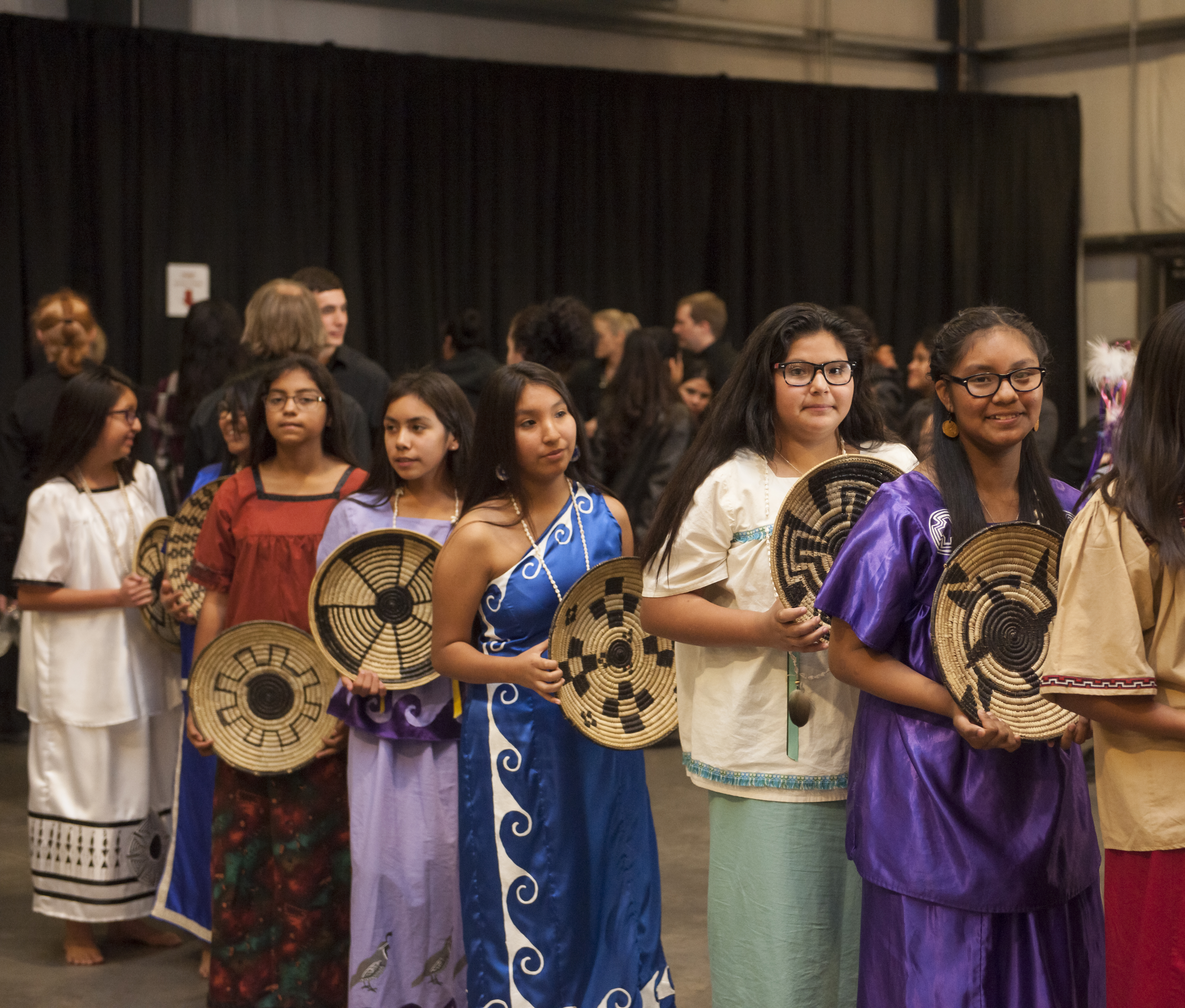