GRIN Articles > Getting to Know the Youth Council Vice President

Getting to Know the Youth Council Vice President

Angel Raynaldo Ortiz, 17, is in his second year participating in the Akimel O’odham Pee-Posh Youth Council and is serving as the 2017-2018 Vice-President. Ortiz is a senior at Coolidge High School and resides in the Blackwater Community but is originally from District 7.

“My time on youth council has been productive,” said Ortiz. “It’s about giving back to your community and being there for your people. The reason I ran for youth council was to take on the roots of my great-grandfather, Harry Cruye, he was a councilman for District 1.”

Ortiz feels that being a part of the youth council is a great stepping stone for what he plans to pursue as a career. After graduating high school this spring, he is aspiring to attend the University of Arizona and major in political science. Upon completion, Ortiz would like to return to the Gila River Indian Community and at age 25, run for a council seat.

In his spare time, Ortiz is involved in a lot of extracurricular activities. Taking pride as a Maricopa Pee-Posh bird singer. He was a two-year member of the Junior Reserve Officer Training Corps (JROTC), spent time as an amateur boxer but most importantly serves as a community suicide awareness advocate.

Due to the loss of close individuals by suicide, Ortiz felt the need to be able to provide a voice and help those that might be struggling with personal issues. Especially, since suicide is on the rise and has been an issue within the community. Helping others is something that he truly enjoys and thinks is important.

When it comes to role models, Ortiz looks to Muhammad Ali and his great-grandfathers, Cruye and Leland Hall. Because of his accomplishments and involvement in the youth council and the community, Hall gave his great-grandson the Pee-Posh name, Xomatizu.

During his first year on the youth council, Ortiz served as a District 1 representative and was the only Pee Posh member of the youth council at that time. Being culturally respectful, Ortiz learned how to sing in the O’otham language.

Moving forward, Ortiz knows that school is going to get tougher as he prepares to major in political science. But knows that he is going to have to step up his game and never slack off as he chases his dreams.

Ortiz reiterated that his grandfathers, Hall and Cruye, have been instrumental in helping him get to where he is today and are two individuals that he truly looks up to and is thankful for their support. Ortiz is the son of Tracey Colt and Larry Ortiz.

“I do my best to go out and serve the community and help my people because that is what I am there to do,” said Ortiz. 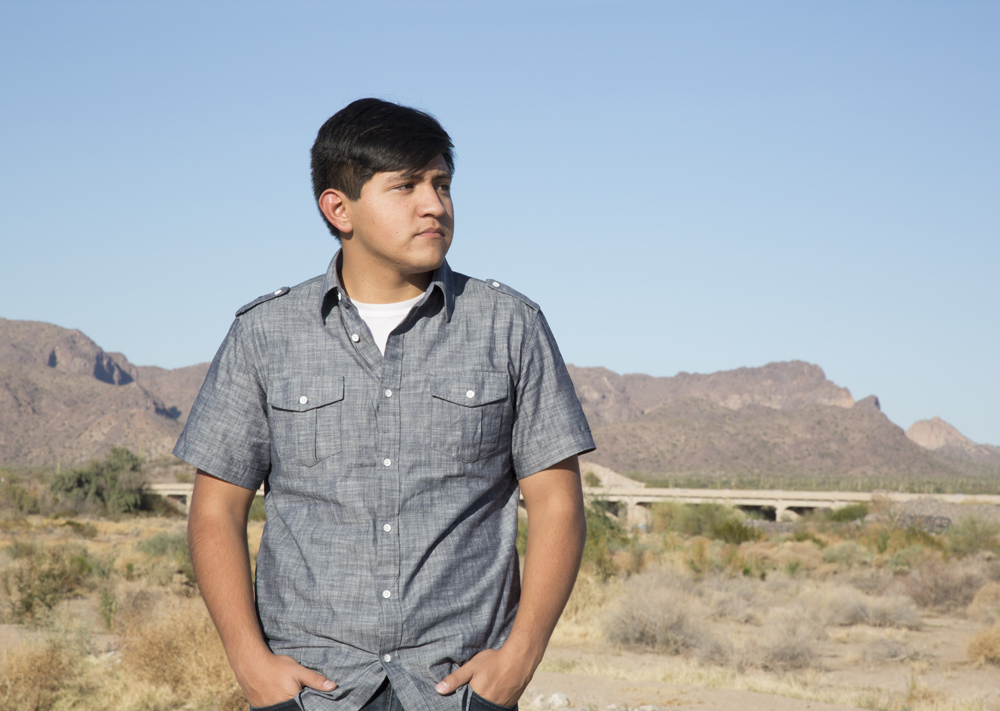