Tribal leaders from across the state of Arizona attended 23nd Annual Indian Nations and Tribes Legislative Day at the Arizona State Capitol on Jan. 10.

The day long event was an opportunity for American Indian communities to get to know their state legislature and show how meetings are held concerning important matters to tribes.

In speaking to the attendees, Yarbrough said the House of Preventatives and Senate appreciated the time and effort that it took for the visitors to travel to the state capitol for the event.

Under Arizona Revised Statutes A.R.S. § 41-2053, the Office on Tribal Relations, along with tribal communities from across the state, host the annual event on a Wednesday during the first week of each regular legislative session.

The sharing of culture and history are just some of the reasons tribes are recognized at the legislation day and is an opportunity for tribes to share ideas on health, agriculture and economic development.

With a few opening remarks Yarbrough, said it was a day for talking, listening and learning about the rich history of the indigenous peoples of Arizona.

Speaker Pro Tempore for the House of Representatives Thomas Shope said the partnerships between the state and the tribes benefit all of the state of Arizona and its citizens.

He said they are responsible for thousands of jobs and billions of dollars generated by tribal gaming, which have helped improve the state’s economy.

As sovereign nations, Tribal Nations and Communities are relevant and major contributors to local economies and share a unique government-to-government relationship with the State of Arizona and the United States federal government. We hope that you take the opportunity to learn from tribal and state officials during this important event.

Shope said as a state representative, it is important to maintain relationships with tribes that fall under their legislative districts and to be aware of the issues they face.

He recognized the Community, which falls within the Pinal County boundary of the 8th Legislative District, lauding GRIC for many of it partnerships with the surrounding cities.

Throughout the day there were information booths from local universities and tribal communities offering attendees a look at the opportunities that are available to them.

On the agenda three guest speakers were tribal leader leaders from across the state during the joint protocol session that was held.

Yavapai-Apache Nation Chairwomen Jane Winiecki talked about the successes of her tribes in gaming operations, while Tohono O’odham Nation President Edward Manuel focused on the importance of government-to-government relations. The Last speaker, Navajo Nation President Russell Begaye said Arizona tribes should be included in the decisions made at the state level and that tribes have a lot to offer in terms of economic opportunity and growth for the state. 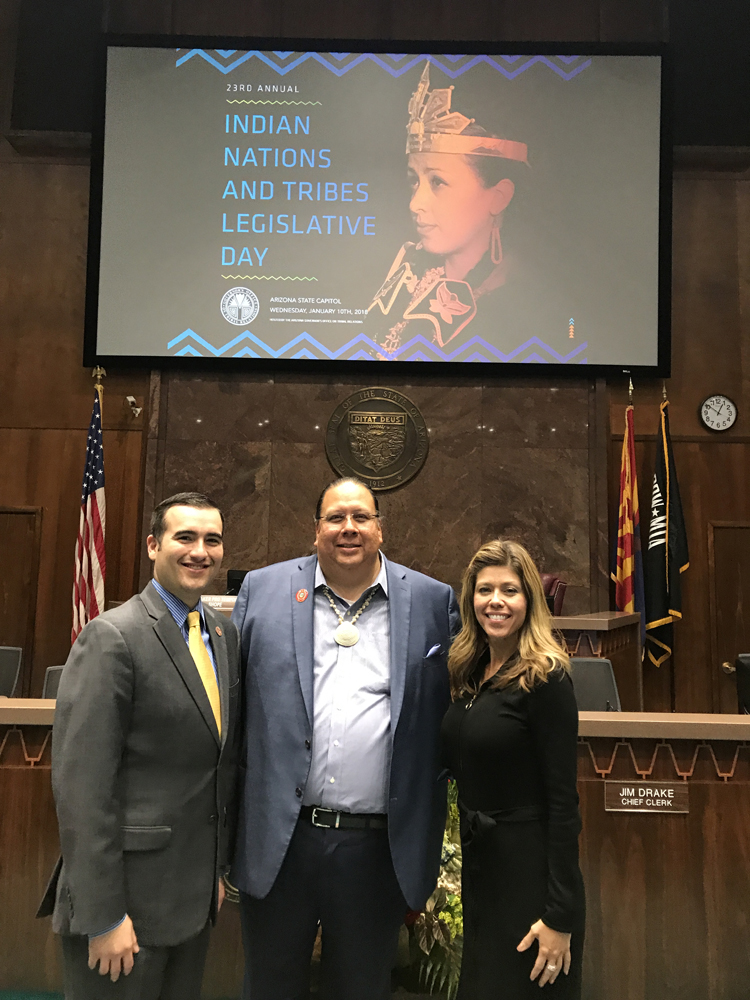 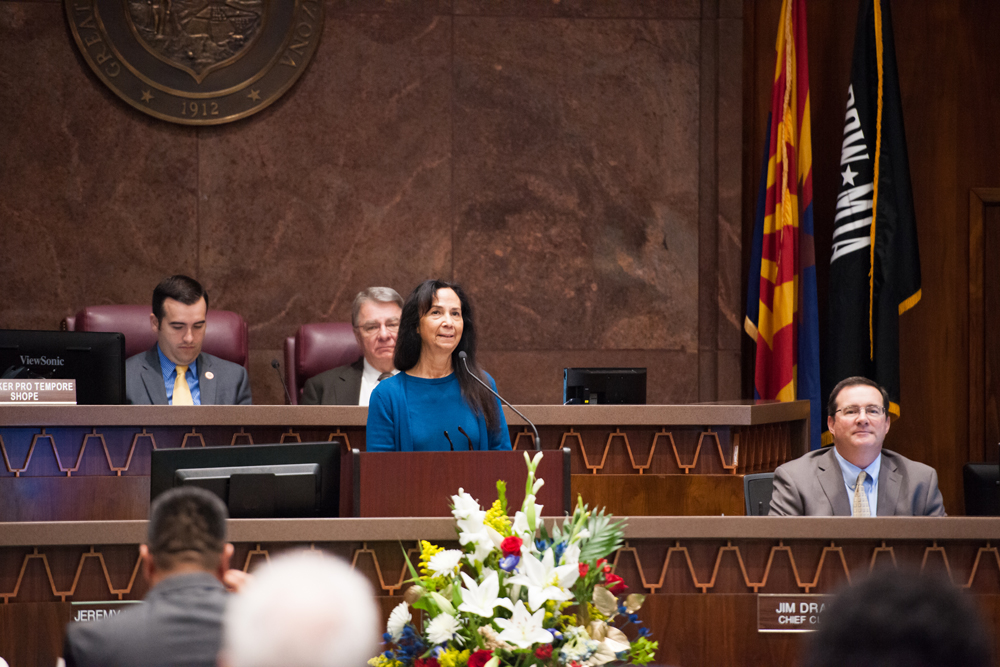 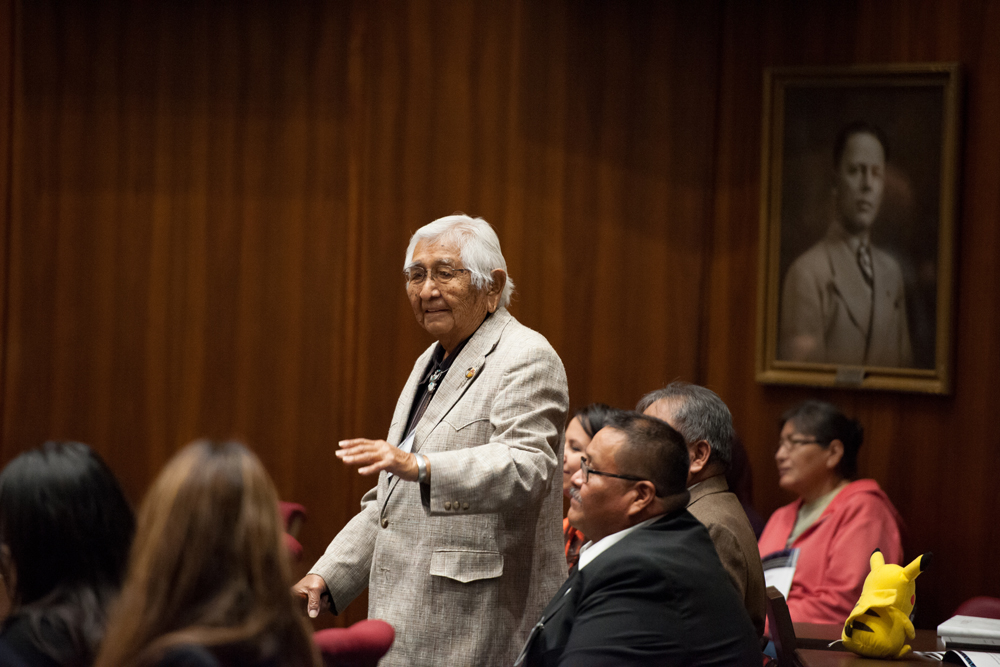