For several years the indigenous people of Japan have been very much unknown to the western world. Like many indigenous groups across the world, culture and language are vital to their survival.

A visitor from Hokkaido University in Japan visited the Gila River Indian Community’s cultural educators to talk about the indigenous Ainu people of Japan at the Casa Blanca Community School on Nov. 17.

Doctoral student and Inter-Cultural Instructor Nanako Iwasa, who is attending the Graduate School of Education at Hokkaido University, spoke about the Ainu people she has worked with.

She said they have shared a similar hardship as Native Americans and have gone through a period of tribulation by being discouraged from practicing their native language and culture.

“For over 120 years they couldn’t study the Ainu language and culture in public,” said Iwasa, “They have a generation gap, which the young and older Ainu people have hopes of closing by revitalizing the culture.”

According to the Ainu Museum they are one of the earliest inhabitants on the island of Hokkaido, which is the northernmost prefecture of Japan.

The prefecture of Hokkaido’s capital, Sapporo “Sari-Poro-Pet,” is an Ainu based name that translates into “Large reed bed” or “Large dried-up river.”

She said her work with the Ainu people is an effort to help them develop and incorporate indigenous knowledge into their education.

“In 1997 they revitalized their language and culture, they could have their own sense of pride,” said Iwasa.

Prior to 1997 the Ainu were always in a state of conflict over how to properly identify themselves as either Japanese or Ainu, but now with the support of local educational institutions and individuals like Iwasa, they are literally making a name for themselves.

Iwasa said the Ainu have many beautiful works of art that are expressed through their clothing and the objects they made that serve many uses within their culture.

“Many of their designs come from nature. There are made up of animals, trees and other natural occurrences,” she said, “Some of the designs are meant to protect the people from evil things.”

She said historically the Ainu have been hunter and gatherer people, that went after wild game, some of the people who lived along the coastal areas of Hokkaido became fishermen.

What is more intriguing, are the kimonos the Ainu have made from various materials like cotton and bark strings.

Iwasa showed slides of various Ainu clothing and items that are made from wood and natural fibers, some of which have been made to trade with their Japanese neighbors.

One intricate contemporary handmade item Iwasa presented to the group, was a large wood carved butterfly.

The carving, she explained is representative of the fine craft work that has been produced for decades by the Ainu people.

Iwasa said many of the items that come from the Ainu people can also distinguishable from what tribe it came from across the island of Hokkaido.

What the future holds for the Ainu, Iwasa said is more opportunities to bring their culture to the forefront of Japanese society.

“The Ainu people have a living system of culture that is carried out each day,” said Iwasa, “The Japanese have recently introduced the idea to create tourism in the area using the original local culture.”

She said that young Ainu people have a better opportunity to learn their traditional language, but the difficulties in wanting to speak it fluently are limited, because the majority of Ainu’s do not speak their indigenous language.

Although there are some hurdles to get through, Iwasa said the cultural programs that she has worked on will help the Ainu people gain a sense of cultural pride, after years of being forbidden from their cultural practices. 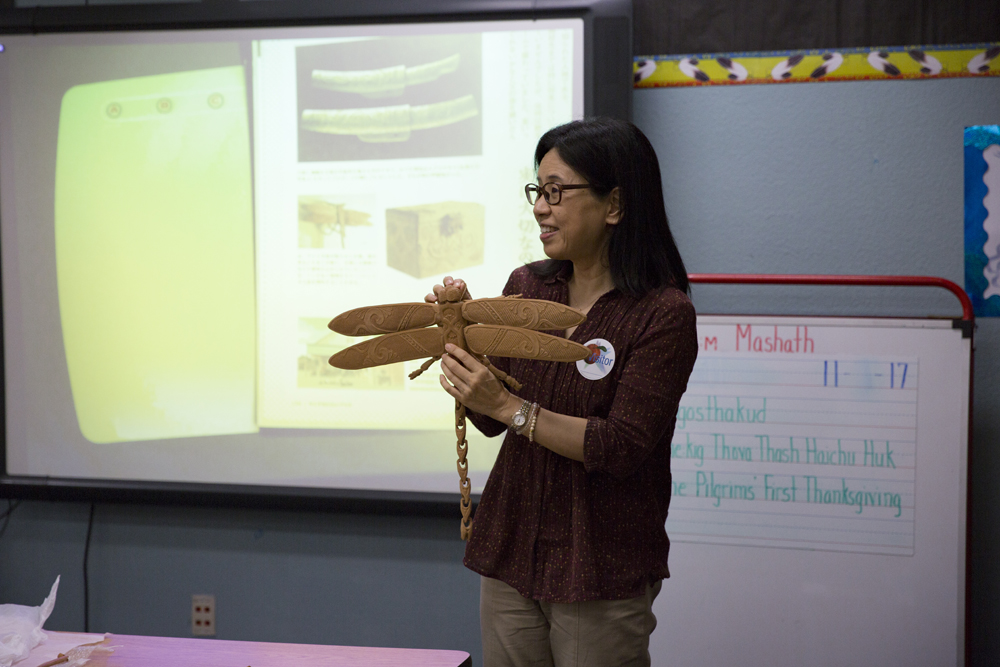 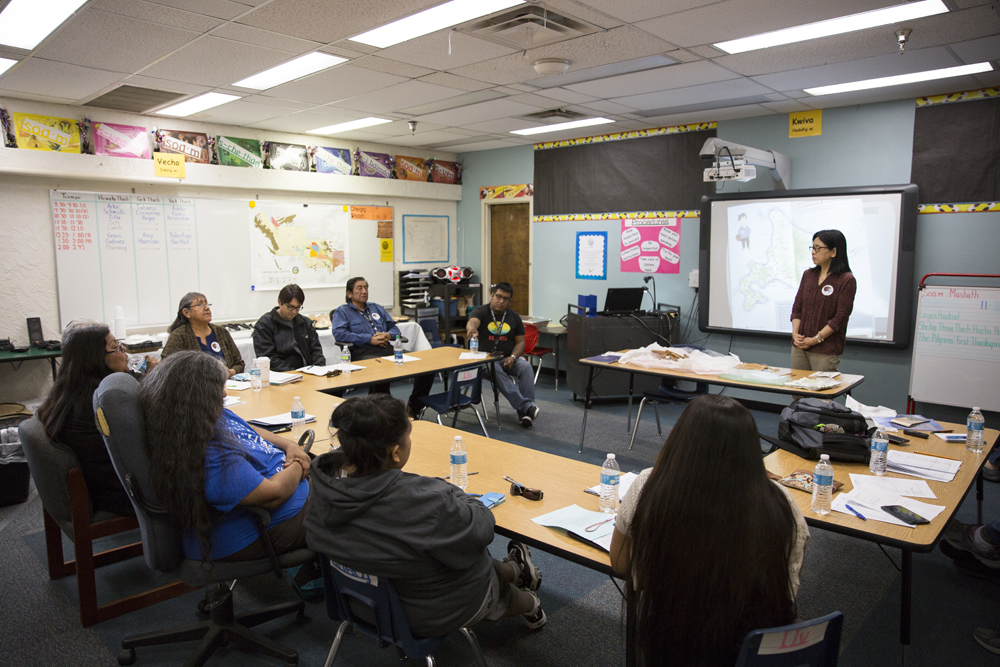