Just ten hours after the world rang in the new year with celebrations and fireworks, the Gila River Indian Community swore in several of its highest elected officials during the 2018 Oath of Office Ceremony held inside the Council Chambers on the morning of Jan. 1.

Master of Ceremonies, GRIC Intergovernmental Liaison, Manuel Johnson, said GRIC’s oath of office is a pledge to uphold the rule of law, and when officials take the oath, they are giving their word to do the best for their people.

“As Lewis and Stone take the oath of office, they will be taking the highest seats in the Community,” said Johnson. “Leadership is not leading by position of office but rather by example. It is making decisions during the good times and in the more challenging times. It’s not always telling others what to do but it’s listening for input and at times having the courage to say, ‘I do not have all the answers.’ Leadership is both inspiring and visionary. True leadership is not about the one who leads but rather about the journey of those being lead,” he said.

After the musical performance, Jay Pedro, GRIC Children’s Court Judge, swore in Donna Kisto-Jones as the Community’s Chief Judge. Kisto-Jones then donned her black judge’s robe and administered the oath of office for the remaining elected officials.

After the ceremony concluded, Lt. Gov. Stone thanked former Lt. Gov. Monica Antone for her time in office, and her leadership.

Lt. Gov. Stone thanked his family, including his daughter and granddaughter, who stood by his side while taking the oath of office. He added that he was very humbled by the ceremony.

Gov. Lewis took to the podium, saying a second term should not be taken for granted.

“I will put my full time and energy into the position,” he said. “When we celebrate important transitions, it feels new and there is a feeling of great possibilities and we have a dedicated leadership here, from the Judiciary to the Council,” he said.

Speaking on newly elected Lt. Gov. Stone, Lewis said, “I look forward to serving with him. I have so much respect for him and his knowledge of O’otham culture.”

Lewis closed his speech by saying he will continue to fight for the Community’s water rights. He said the Council and GRIC courts will need to work together in the future to combat important issues in the Community like fighting drug addiction, crime, family abuse, and elder abuse and child abuse.

The ceremony concluded with a rousing dance performed by the Achem A’al Basket Dancers followed by lunch held in the Governance Center’s lobby. 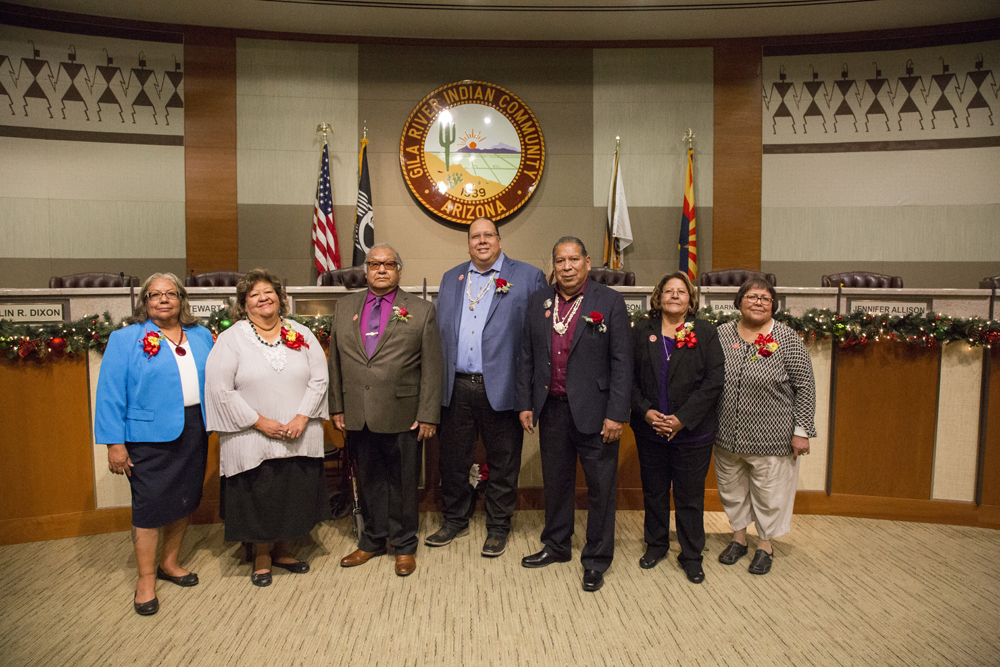 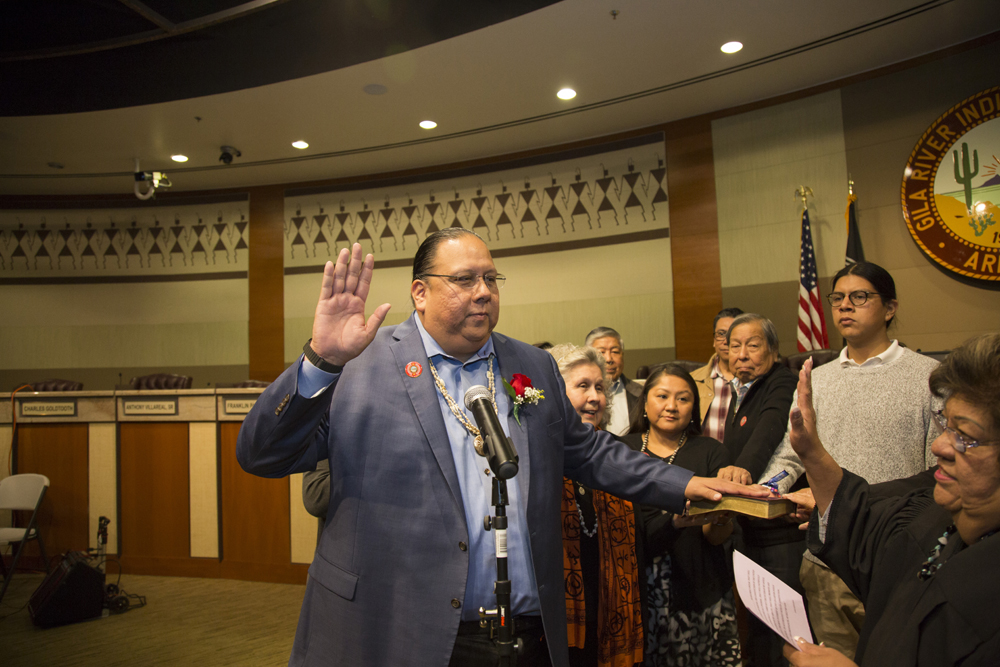 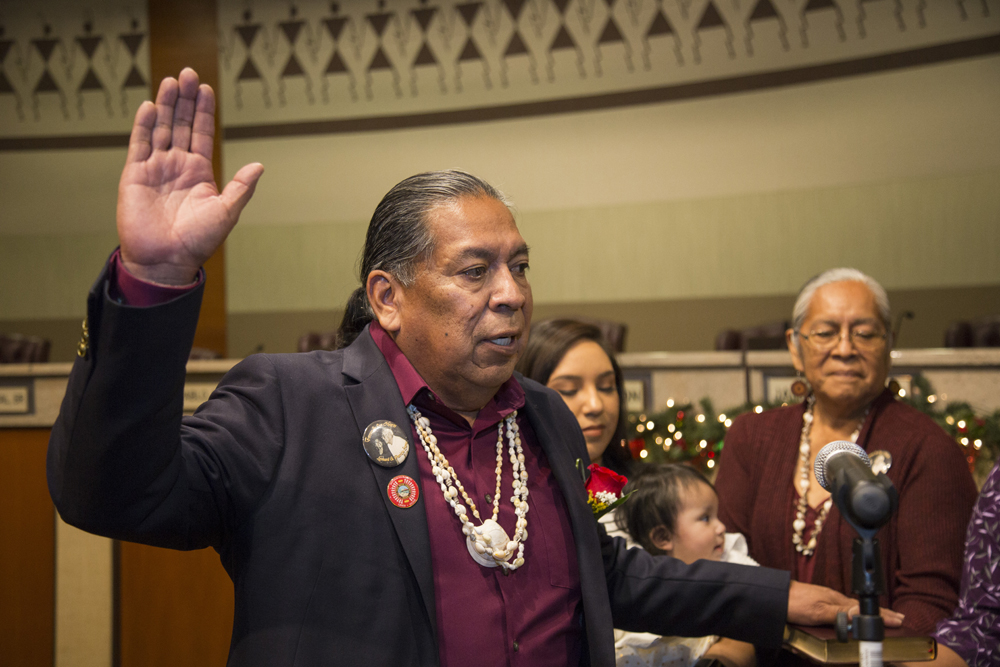 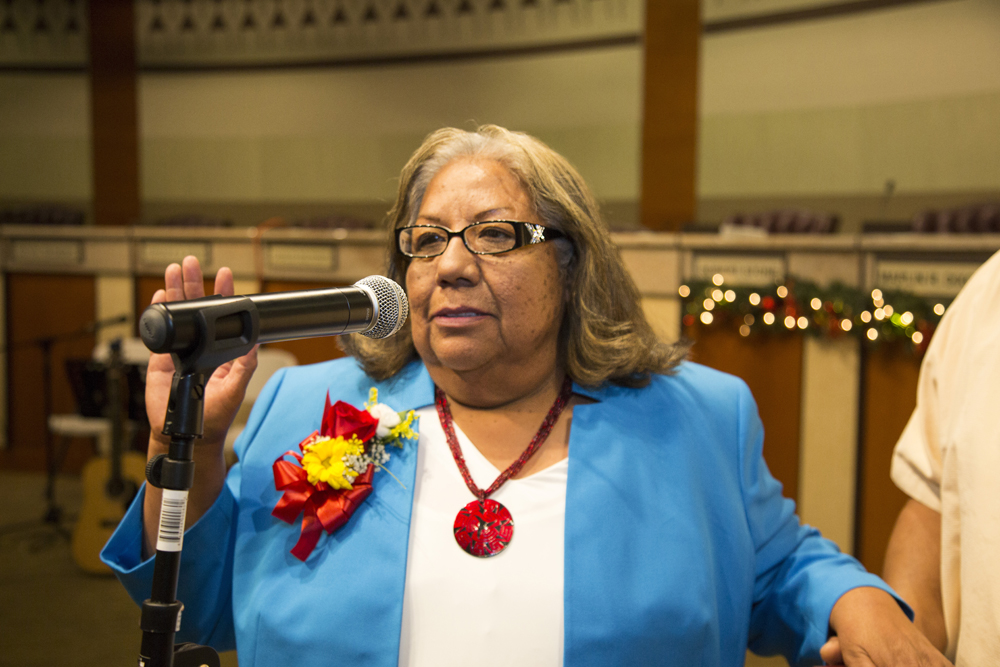 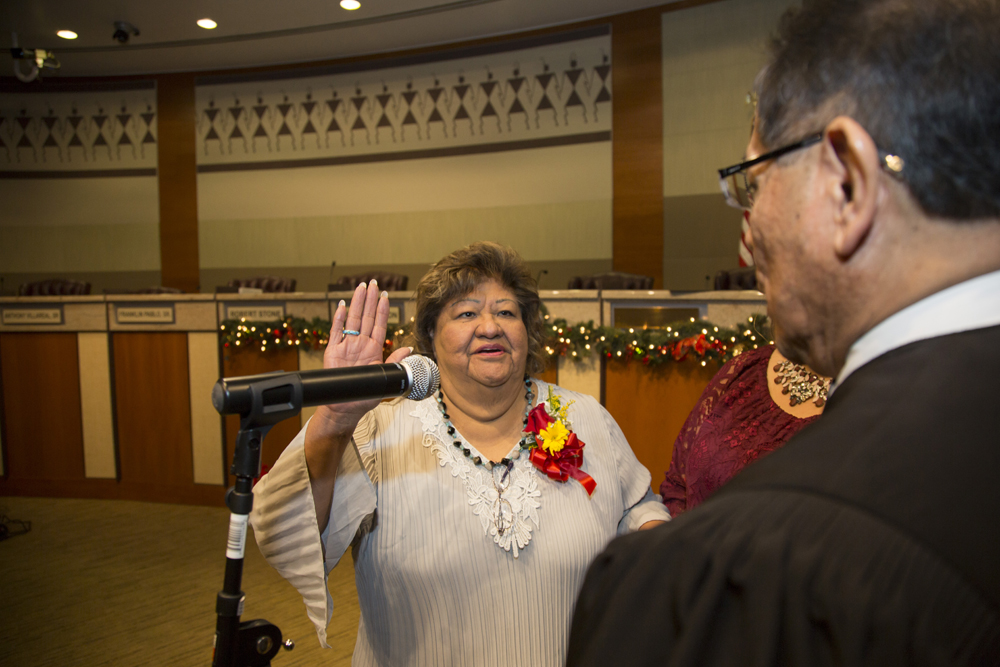 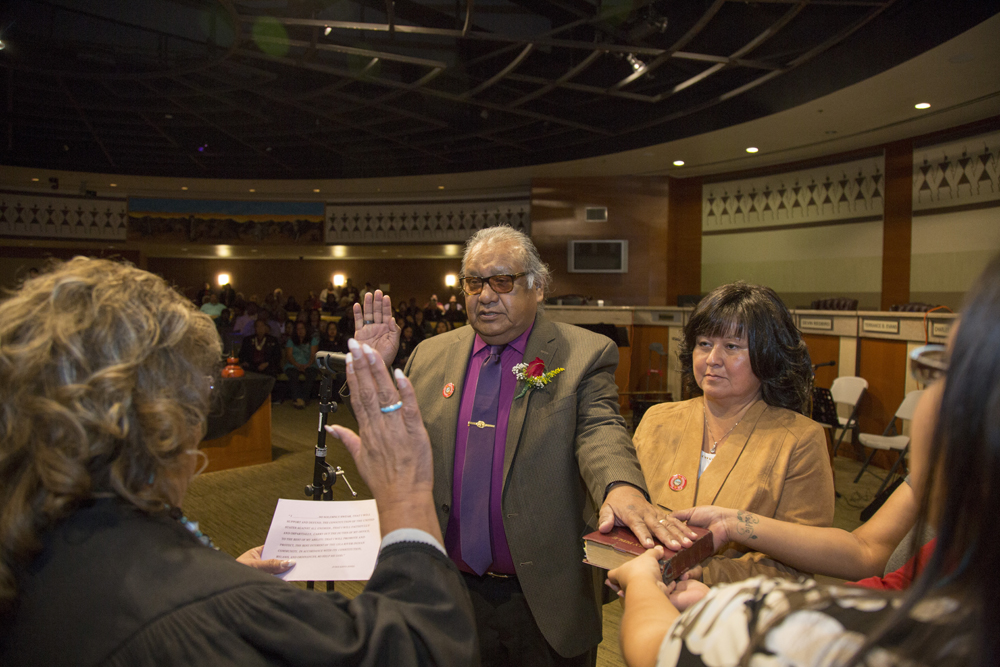 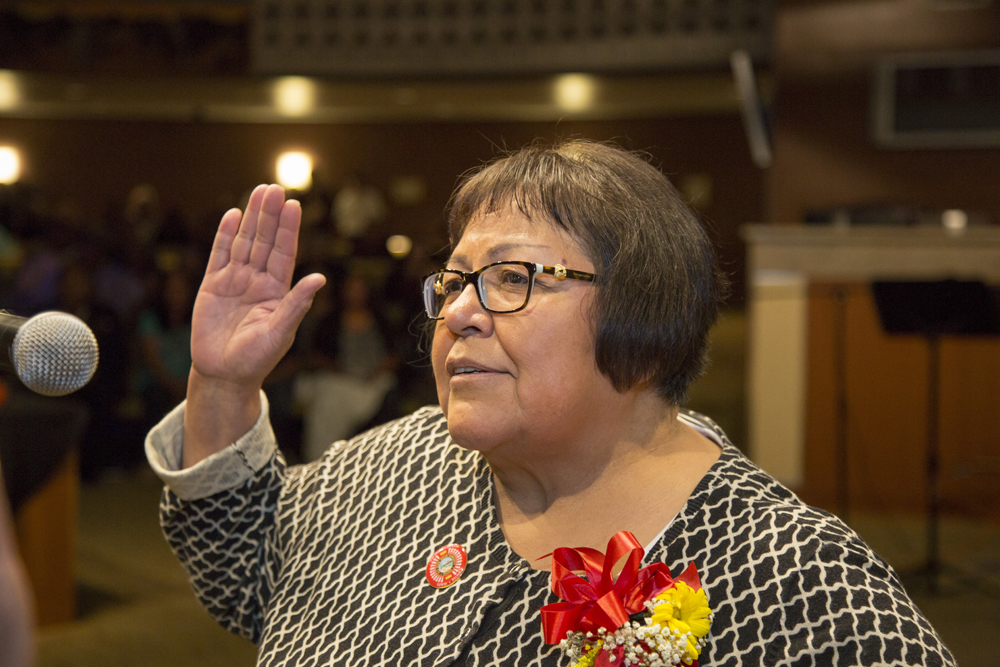 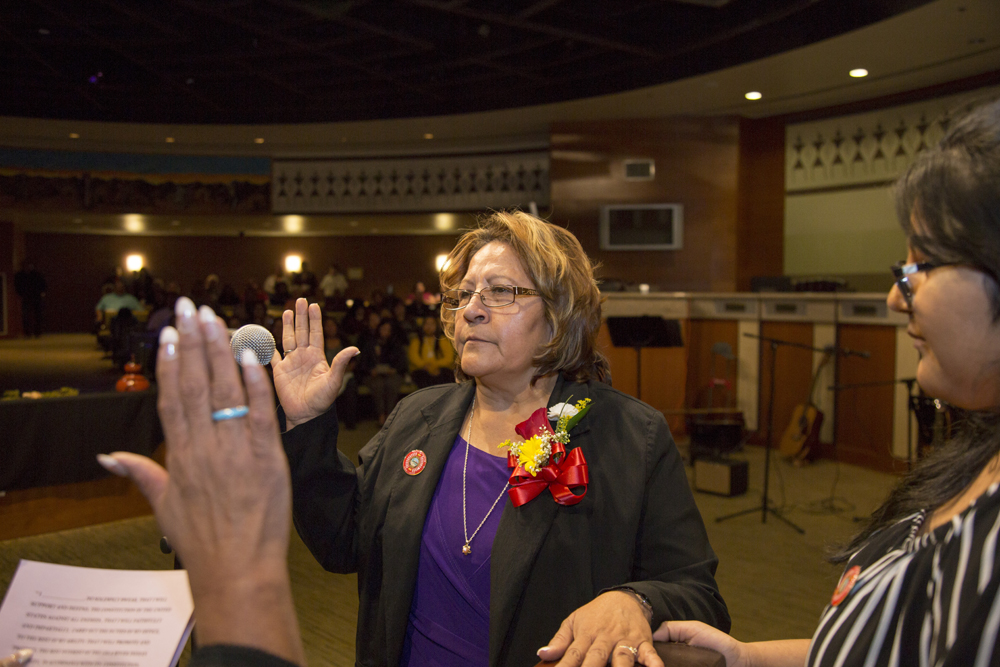