Turtle Feeds His Children: Turtle could not bear to hear his children crying for food. “I must find food for the children,” said Turtle. He went to the hills to hunt for antelope. The sun passed quickly overhead, and still Turtle had not found any food.

Tired from crawling over a large area of rough country, he stopped under a pine tree to rest. Suddenly he noticed all around him the tracks of antelopes. He was resting on the antelope trail, and hadn’t realized it. “I’ll lie here on their trail and wait for them,” said the happy Turtle.

Before long Turtle heard the soft steps of antelopes coming down the trail. He had a plan and decided to use it-anything to get food for the children.

“I am not letting anyone as low and common as Turtle poke fun at us,” said the first antelope. “Let’s crush him to death!” said the second antelope.

Turtle was indeed a proud and happy fellow! He broke down rocks from a big boulder to use as sharp tools with which to skin the antelopes. Coyote, who has a habit of arriving at just the right time, heard Turtle singing. “Why are you so very happy, my brother Turtle?” Coyote asked. “I have killed two antelope,” answered Turtle very proudly. “May I help you?” asked sly old Coyote.

They went to work cutting the antelope meat. Then, when Turtle was not looking, Coyote took his lariat, threw the noose around Turtle’s neck and fastened the rope end around a branch. Though Turtle wiggled and pleaded to be let down, Coyote left him dangling from a tree. Coyote picked out the choicest cuts of meat and departed for home.

When Coyote reached his home he shouted, “Children, I’ve killed some antelope and here’s the meat.” The children took big bites from the meat and began to cry. “What’s the matter now?” Coyote asked impatiently. “The meat is full of ants and scorpions,” cried the children.

“Nonsense!” said Coyote and took a bite of the meat. “A-na! A-na! My mouth is burning,” cried Coyote, running in circles, for the pain was great. “Turtle is punishing me. I forgot he has magic power,” wailed Coyote. “But I’ll get even with Turtle.”

Coyote ran back to the tree where he had tied Turtle. But Turtle was not there. Coyote followed Turtle’s tracks to a little brook. He saw Turtle on the bottom of the brook, for the water was very clear.

“Birds and animals of the woods! Come and drink up this water,” ordered sly old Coyote. When the water was low enough for Coyote to see Turtle’s back above the water, he shouted to the birds and animals, “Stop drinking.” Coyote jumped in the water and was about to dig his sharp teeth into poor little turtle when the water rose and Coyote was drowned.

Turtle crawled out of the brook and returned to the place where he had butchered the antelopes. He happily took the rest of the meat home and fed his hungry children. 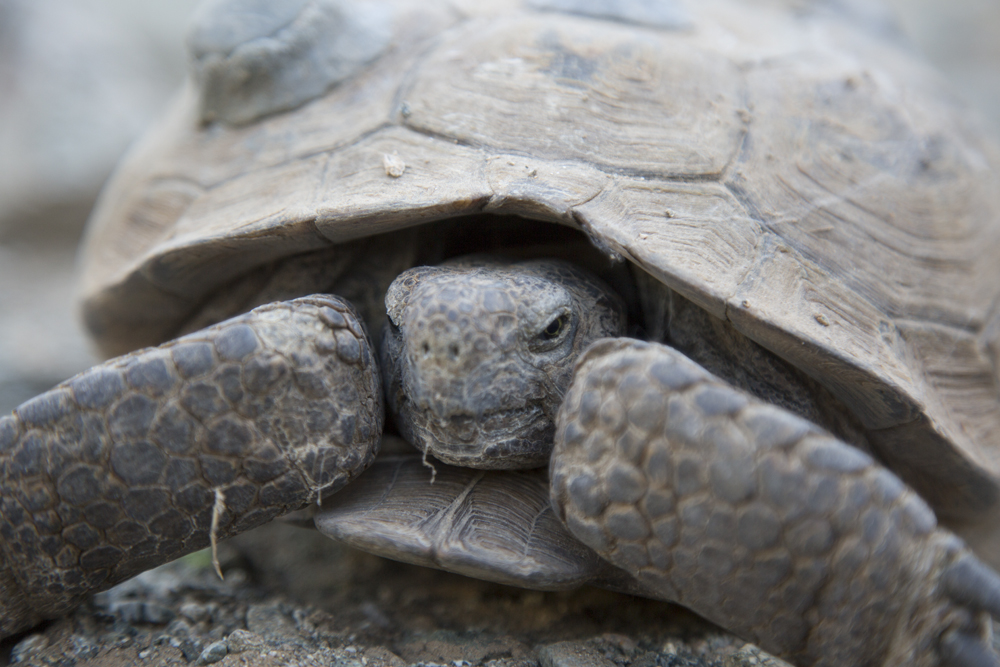