Imagine trying to make sense of a row of numbers and letters on a computer screen that seem incomprehensible to the eye. For a group of Community students, they are learning how to create and make those computer commands perform different functions behind the digital curtain.

The workshop was put on for female high school students from the Community.

It was hosted in coordination with the Arizona State University Center for Gender Equality in Science and Technology and American Indian Policy Institute, Gila River Telecommunications Inc., and the Wild Horse Pass Development Authority.

The workshop teaches them skills that go beyond the physical realm and into the realm of numbers and letters that form computer commands.

The students worked closely with a mentor to help them through sections of the workshop that covered coding 101, business model development and app 101.

At the end of the workshop, each group of students got together to work on a project that covered team roles, ideas and concepts.

After laying down a work plan the groups had to design a solution using the Marvel app developer, which allows users to create prototype mockups of app layouts for a variety of mobile devices.

When the students finished they were tasked with creating a sales pitch to get their app off the ground.

The morning started off with a brain warm up activity to help with pattern recognition that is complimentary to computer coding.

Assistant Research Professor Sabrina Weiss, said the workshops and ice breakers were developed to help the students connect with their innovative side and how to work as a team.

She said the activity is about showing them how many ways they can look at a sequence of patterns and to not get stumped if they hit a road block.

Weiss said, “The goal of the activity is not to show how fast you can complete a pattern, but how you determine how to go about solving the problem, because in subjects like engineering and math, there are many ways to going about it,” said Weiss.

About the computer coding workshop, Weiss said, “The point of it is to be an introduction of thinking like a programmer, which is what the card game emphasizes.”

She said it’s not a typical ice breaker, but that it does get the students thinking in a way that identifies patterns and parallel processing (the ability to do many things at once.)

“My hope is that when students participate in these programs, they find they get to try new things out and get excited about the things they really enjoy and are not afraid to take that leap,” said Weiss, “We give them space to figure things out for themselves and help to be able to approach [these] things, and not to be afraid of asking questions is an accomplishment unto itself.”

One of the key elements about the workshop is promoting learning routines around STEM based subjects in a systematic way.

Weiss said, “It teaches you things within that field, but teaches you about the bigger picture of things as well.”

AIPI Director Traci Morris said everything is built on math and science from mobile phones to rockets that send people into space.

“When I was a kid, Space travel was just happening, we just went to the moon. I can remember those fuzzy images from the moon,” said Morris.

Norris talked about the disparity of Native people in specialty fields and the younger generation can look towards a career in a STEM based field of work.

She said, “When you think about what STEM is and what it means to our tribal communities, do you know of any scientist or engineers in Indian Country?” 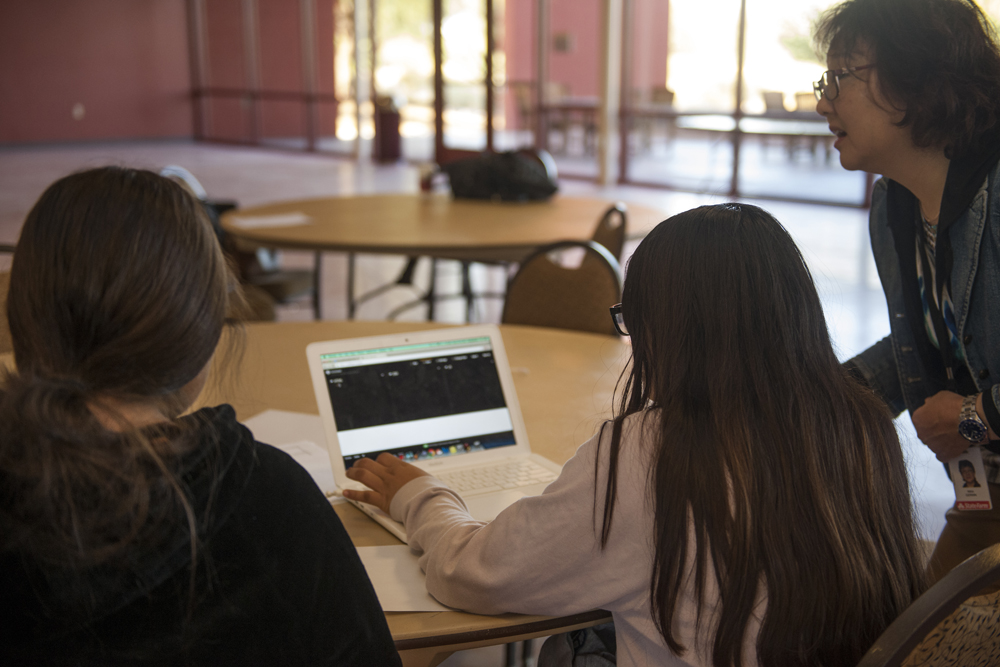 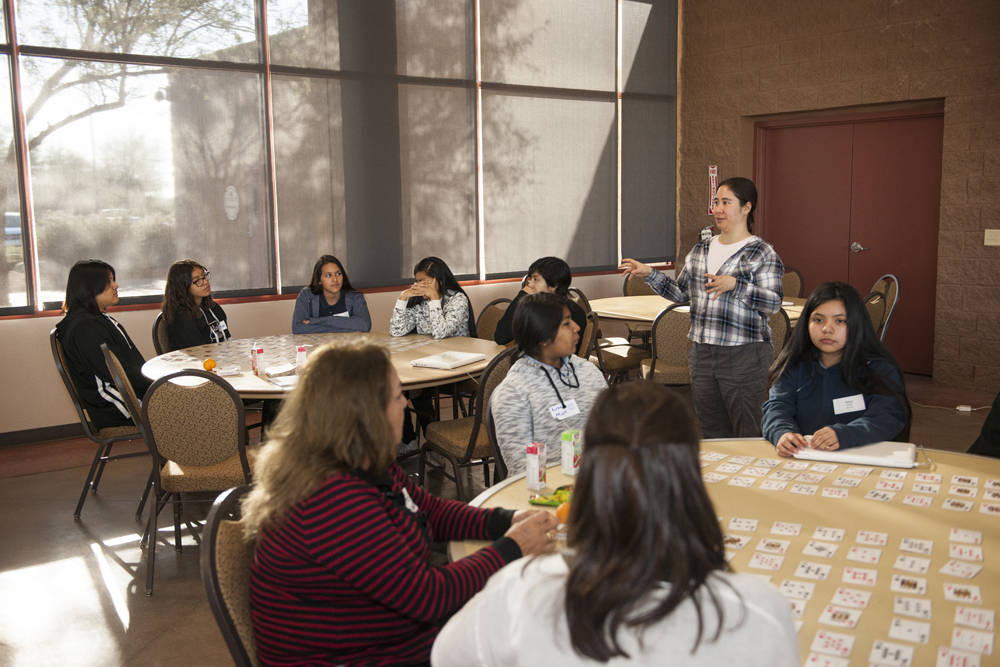