Children from the Gila River Indian Community Boys & Girls Clubs took to the ice at a special skate party in Glendale.

The Boy & Girls Club members from the Sacaton and Komatke branches skated with the Arizona Coyotes at the Gila River Arena on June 27.

The club members were nervous at first, but overcame their fear of falling and skated their way around the ring.

Some of the youth were clinging to the side rails, and others were right at home on the ice running laps around the rink.

The kids were in for a treat when prospect players from the Coyotes showed up to teach them a few basic skating tips.

Little did the kids know, that among the prospective players was their number five overall pick Barrett Hayton, who will play center in an Arizona Coyotes jersey.

Gila River Hotel & Casinos Public Relations Coordinator Manuel Hernandez said the event is part of the partnership between the Community and the Arizona Coyotes to organize events for the youth.

He said around 100 kids from the Community’s two Boys & Girls branches took part in the event, which provided them with an opportunity to cool down and do something different.

He said every so often, they host events like this to bring kids out on the ice.

“We have such a great relationship with the Gila River Indian Community, because its beyond just sponsorship agreement, it’s an integrated partnership,” said Cohen. 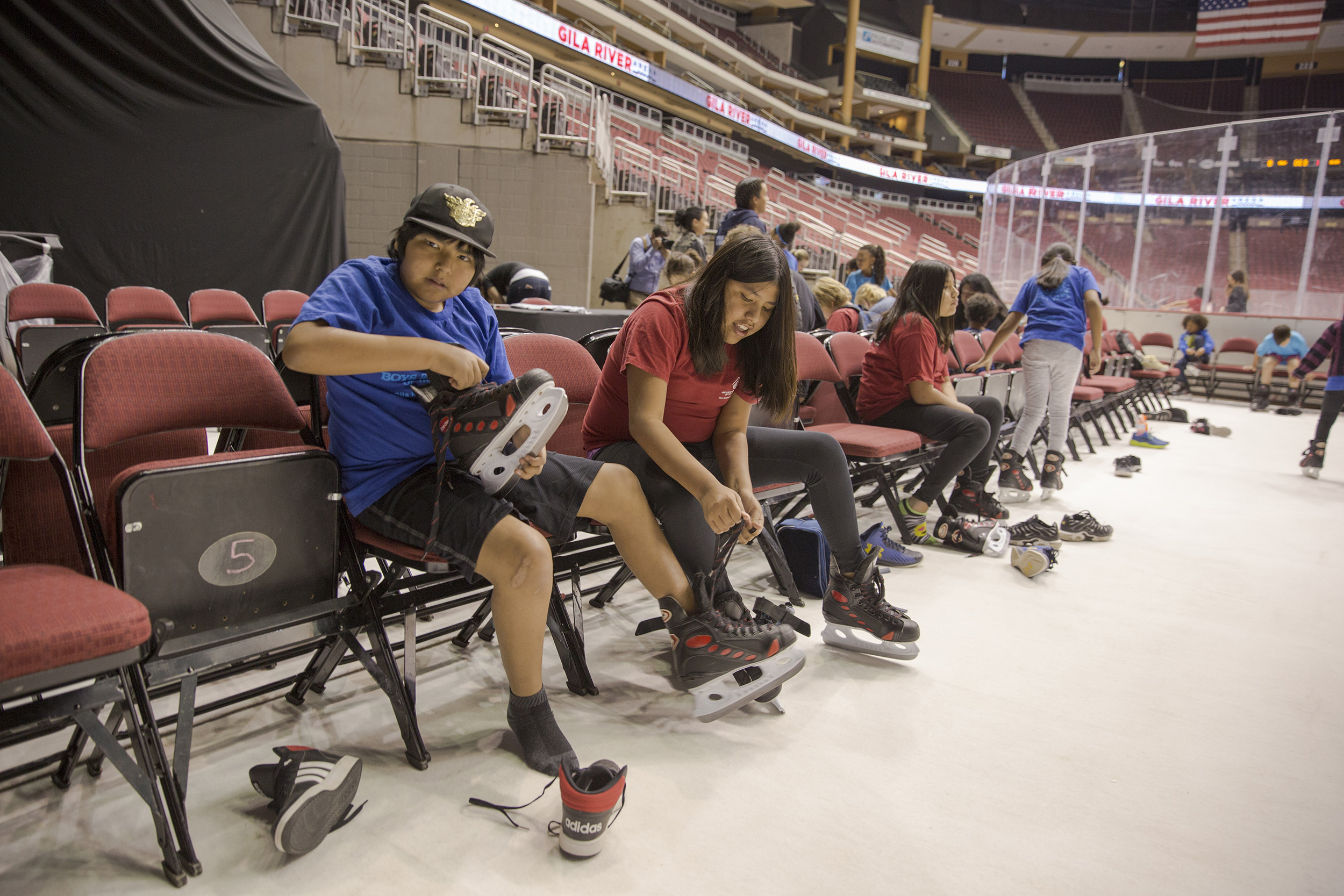 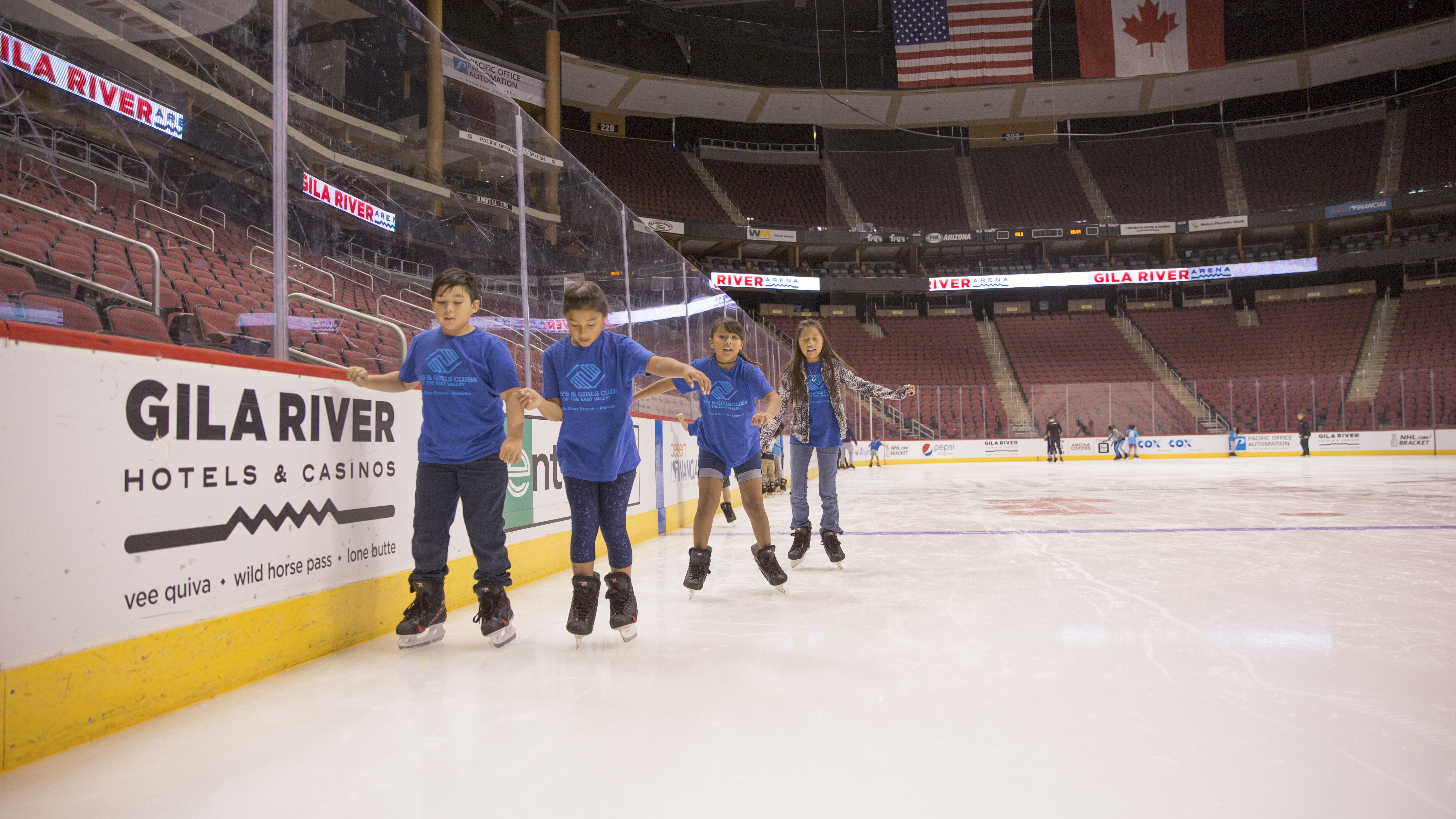 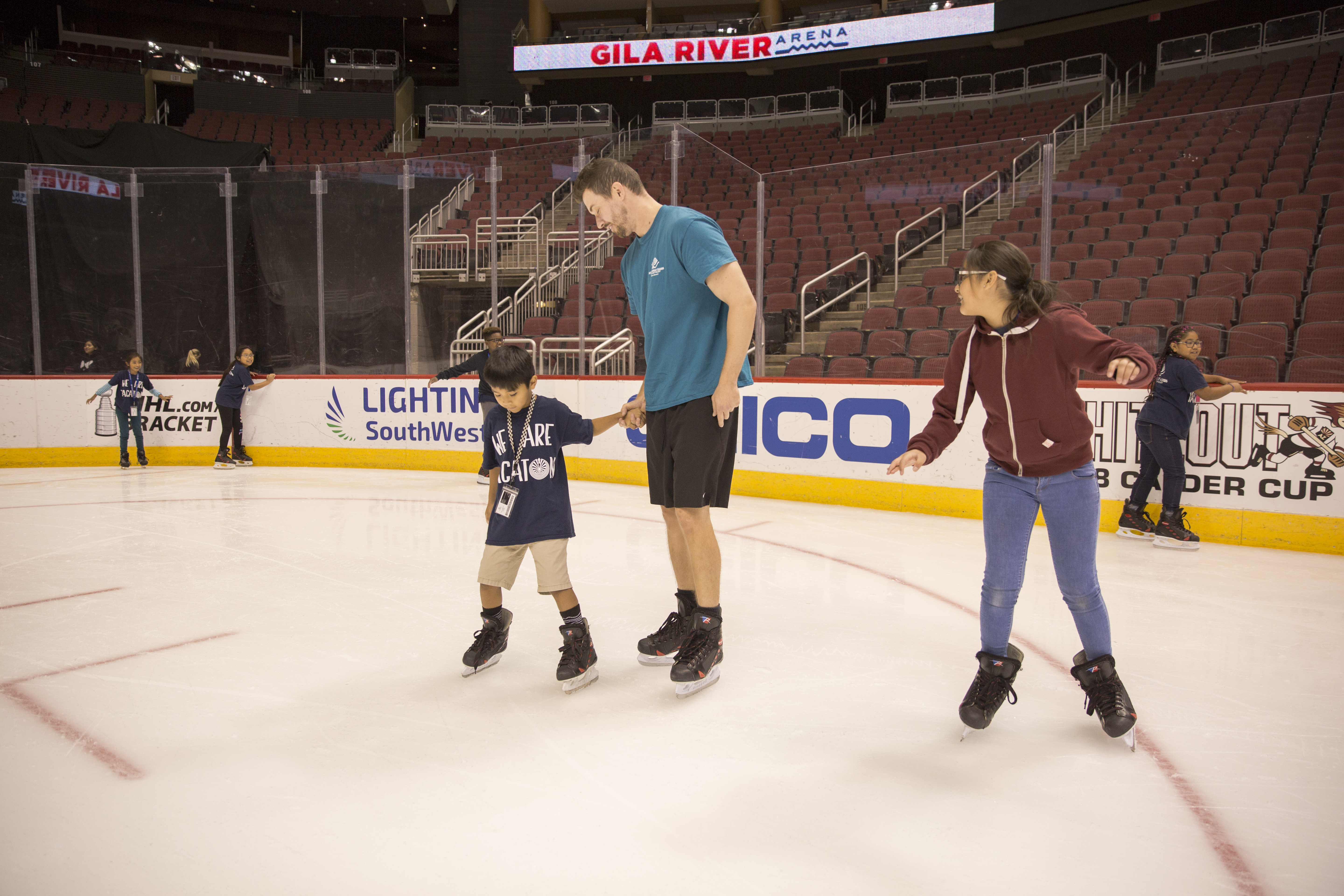 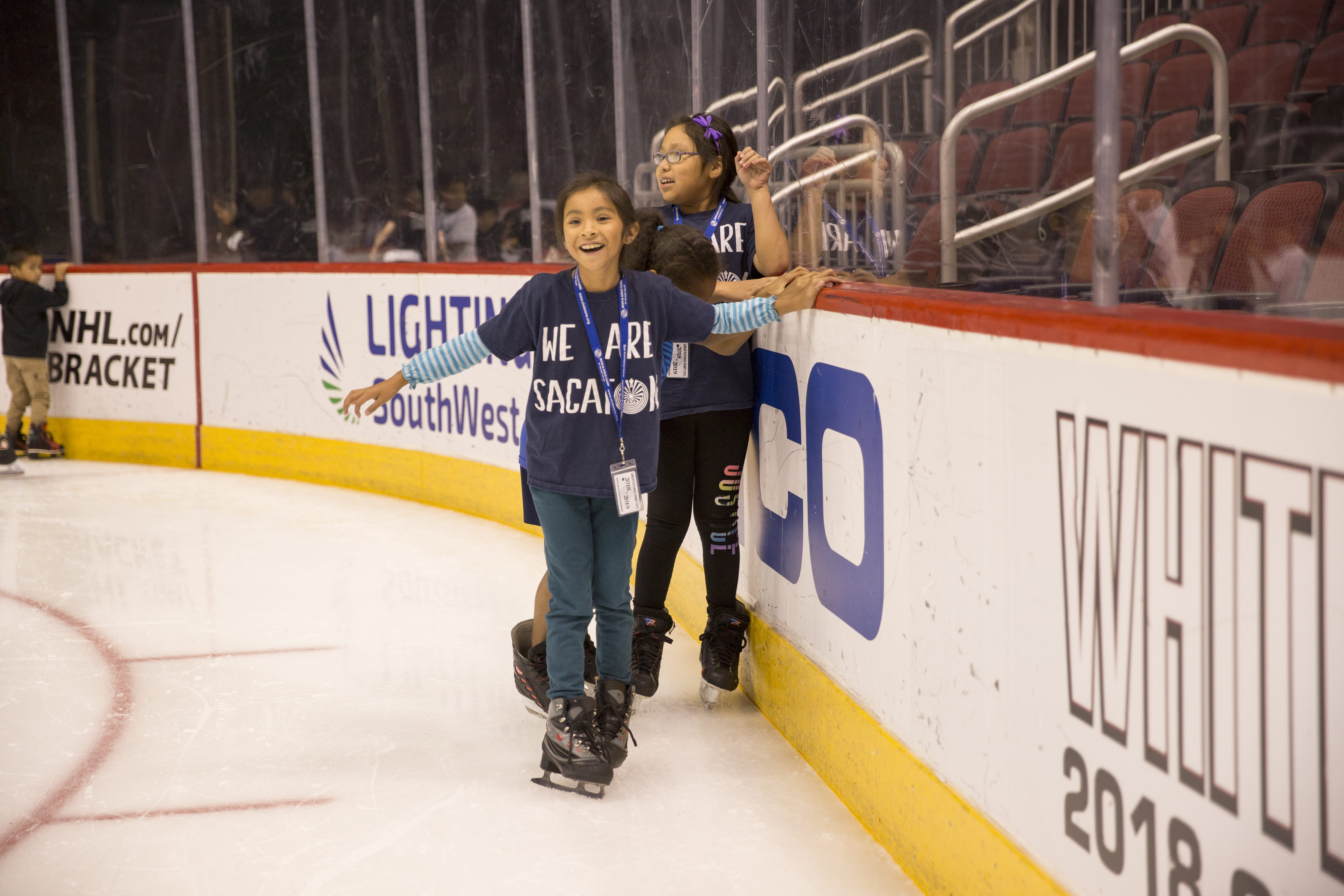