Teams came from as far as Alaska, Canada, Florida, New York, North and South Dakota, respectively with goals of claiming the championship from the world’s largest Native American basketball tournament.

The Community was represented on a couple of teams in both the boys’ and girls’ divisions.

In the girl’s division was Gila River that was coached by Ronald Paul. A couple of Community members also competed with the Ak-Chin girls’ basketball team.

21st Natives were in Pool A of division 2 and fell to LHoops-FMD, Team Jordan and eventual tournament champions, Team Indigenous. In bracket play, Oklahoma Tushka eliminated them from bracket play with a 77-42 win.

Three Nations, based out of Sells, competed in Division 1 and finished in a three-way tie for second place in Pool H with a 1-2 record. They defeated Chaos, 66-59, but fell to Seneca Chiefs and Cheyenne-Arapaho. In bracket play, they dropped a close game to Tribal Boyz, 70-66.

Emerging as the top seed from Pool E, Gila River opened bracket play with a 71-60 victory over AZ Future from Mesa. They followed that win up by dismissing Ak-Chin 63-54.

In the quarterfinals, Gila River was knocked out of the tournament by eventual Division 2 champion Team Indigenous, 78-60.

In addition to playing in the tournaments, the athletes attended “NABI Night” at UltraStar Multi-tainment Center and attended college and career fairs. According to NABI, the tournament was formed to inspire Native youth to pursue higher education and create college scholarship opportunities.

The Gila River Indian Community was one of the major donators to the tournament and the Vah Ki Multipurpose Gymnasium was used as a facility for games. 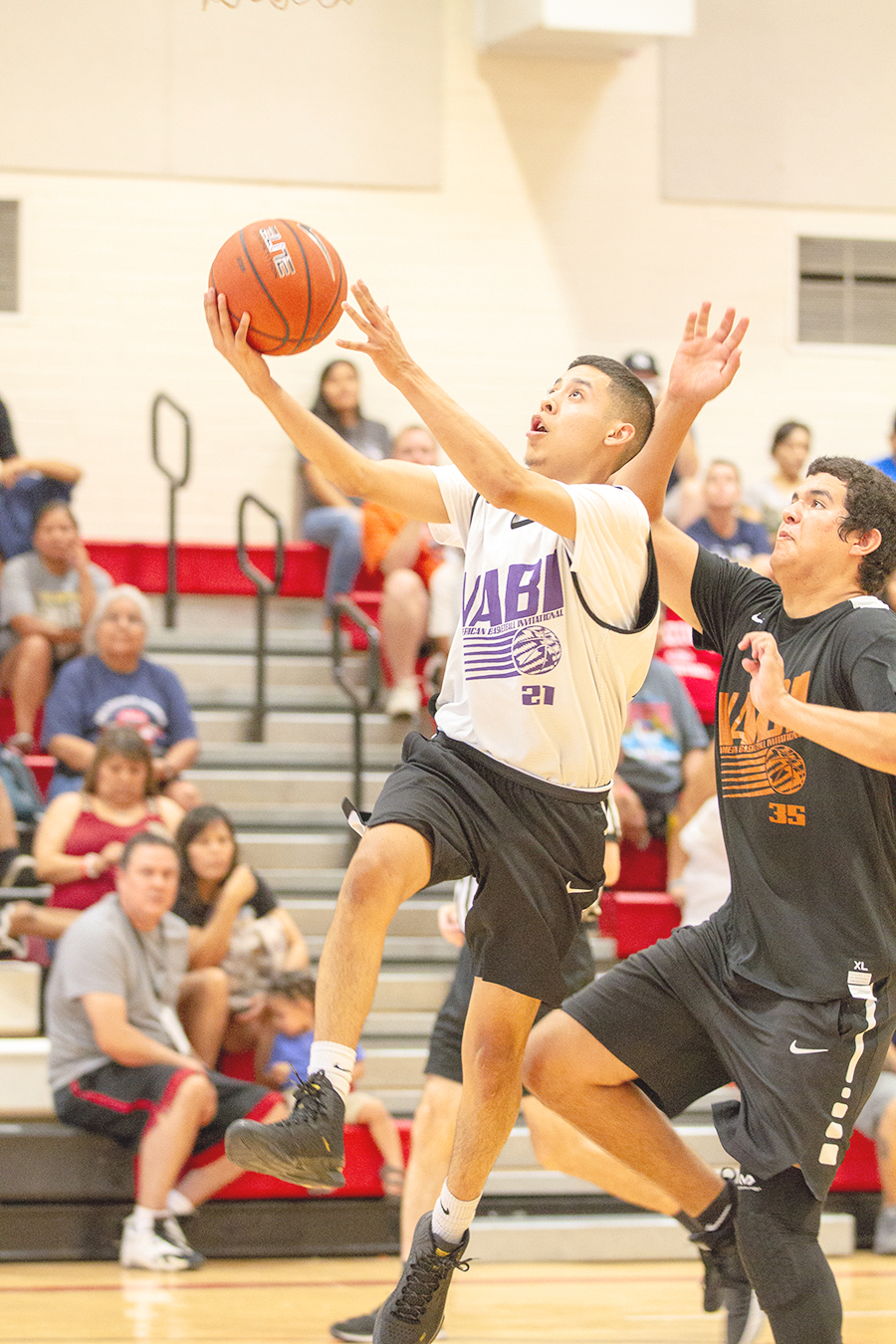