The Gila River Indian Community is one step closer to bringing a new school to District 6 after a groundbreaking ceremony in Komatke.

Guests and dignitaries gathered at the site of the new Gila Crossing Community School to see the project break ground on Saturday morning, July 14 at the GCCS North Campus on Pecos Road.

Villareal thanked Gov. Stephen Roe Lewis for his dedication to the project as well as Community Council. “I want to thank the Community Council for approving this and supporting this,” he said of the “much needed” project.

In his address, Gov. Lewis described the plan to build the school and how it will meet the needs of the students. “Your Community Council and I decided that we couldn’t wait any longer,” he said.

He said he was proud of Council prioritizing the project and “We have a very aggressive building schedule for this school but if we all continue to support this project and each other, we will be standing here next July holding the grand opening for this school.”

Before Gov. Lewis introduced Rep. O’Halleran, he praised the congressman for his commitment to GRIC. “There is no one who works harder for the Community than Congressman O’Halleran,” said Gov. Lewis.

O’Halleran called the occasion a “joyous day,” and said he was excited for the many years ahead. “This is about our children and the future of the [Gila River Indian Community,]” he said.

The letter stated: “The Office of the State Treasurer Arizona is honored to be here today for the official groundbreaking of your new Gila Crossing Community K-8 School project. It is a privilege to be part of tribal history on this momentous day and to stand with you in your continued commitment to education at all levels of this community.”

Elders Alma Johns and Priscilla Antone provided a prayer and special message which was followed by a basket dance by Achem A’al Traditional Dance Group. After the dance, Community officials and members of the Owner’s Team performed the groundbreaking ceremony to mark the beginning of the year-long building project.

Lt. Gov. Robert Stone gave the closing remarks and also blessed the food. Lt. Stone said it was “an exciting day,” and commented on the accelerated pace of the work leading up to the groundbreaking. “We’ve come a long way in a short period of time,” he said.

The builder on the project is Tutor-Perini Building Corporation, and the architect is JCJ Architecture. 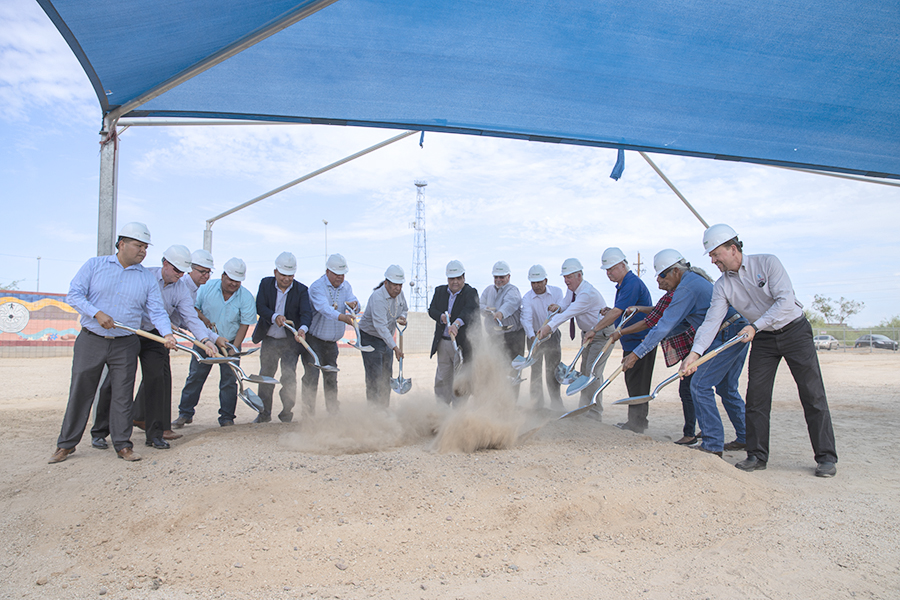 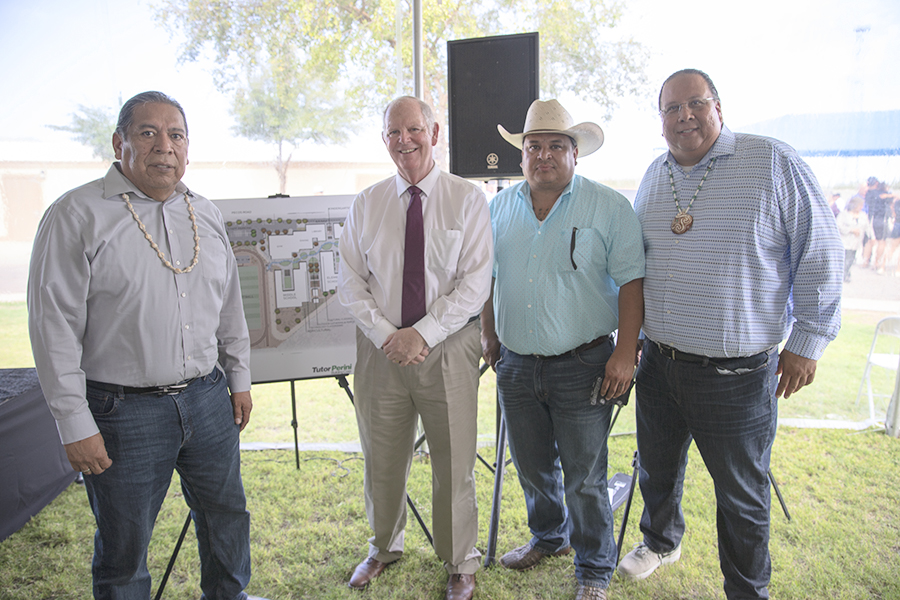