The basketball camp hosted by the Phoenix Suns is funded by the Gila River Health Initiative and this is the 10th year that the Community has sent youth to the camp. This is one of a few sports camps that the GR health initiative sends kids to.

“We send about 70 kids every year and the kids really enjoy it,” said Alie Walking Badger, who accompanied the kids to camp and is in charge of the health initiative. “It’s important because the kids can advance their skills and also gives them an opportunity that they otherwise might not have.”

The campers are divided into age groups from five to seven year olds, eight to nine year olds, 11 to 13 year olds and 14 years and up. The teams are also leveled out on a skill level so that each team has the same talent level.

From 9 a.m. to 9 p.m., the campers are practicing with their teams going through different basketball drills aimed at improving their dribbling, shooting, passing and physical stamina. They also compete in a basketball tournament that lasts the remaining part of the week.

On the last day of camp, all of the participants meet with camp officials and members from the Phoenix Suns basketball organization, including team mascot the Gorilla, for an awards presentation and raffle prizes. Also on hand was former Phoenix Suns player, Mark West.

Harrison, Enos and Emery Jackson Jr. were also on the tournament championship team for the 14 and up age group.

“Our kids have talent and can play basketball and it showed by the number of awards they got,” said Walking Badger. “Overall, I think it was a good experience for everyone that attended and this is something we want to continue providing to the youth to experience.” 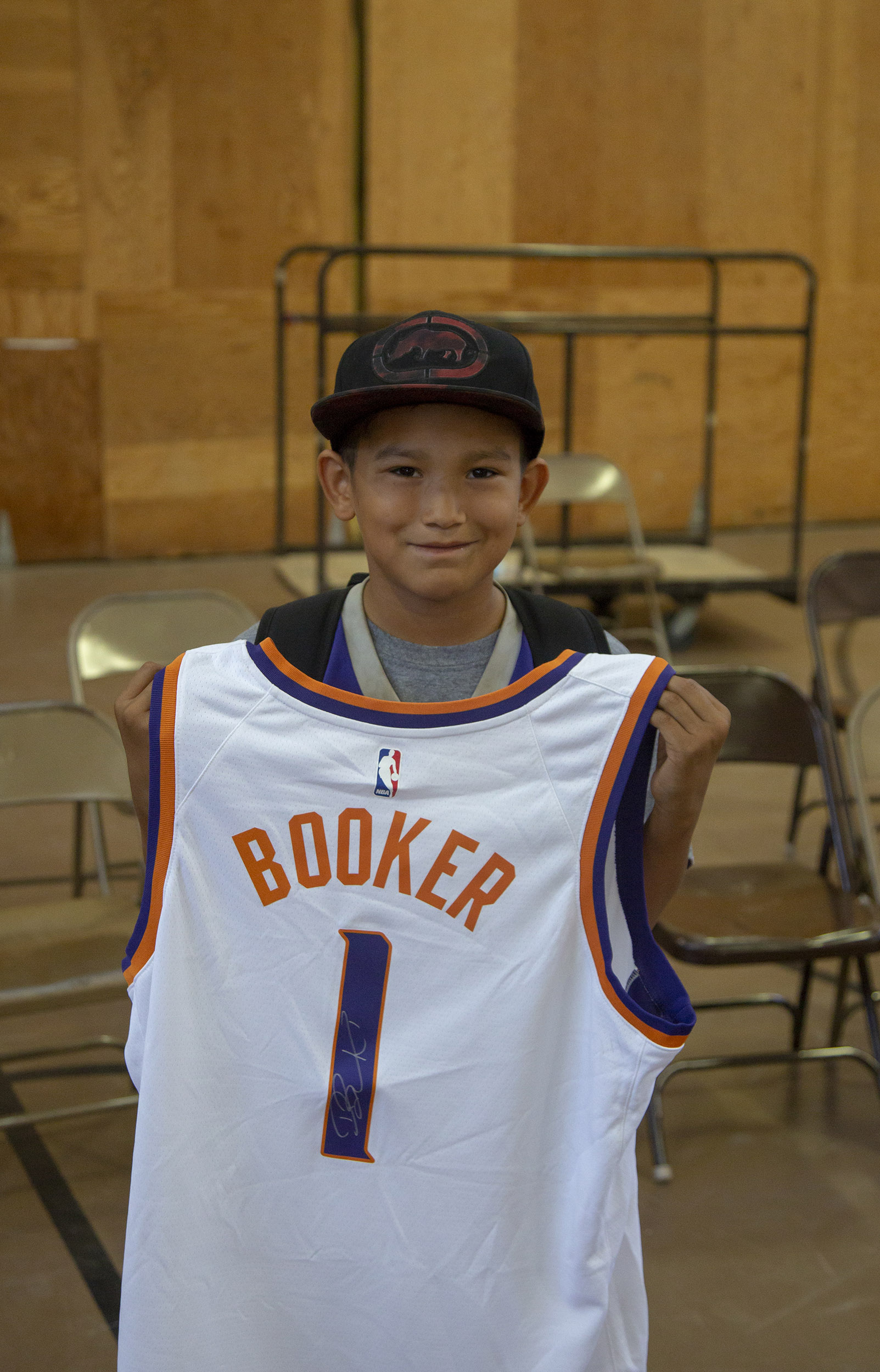 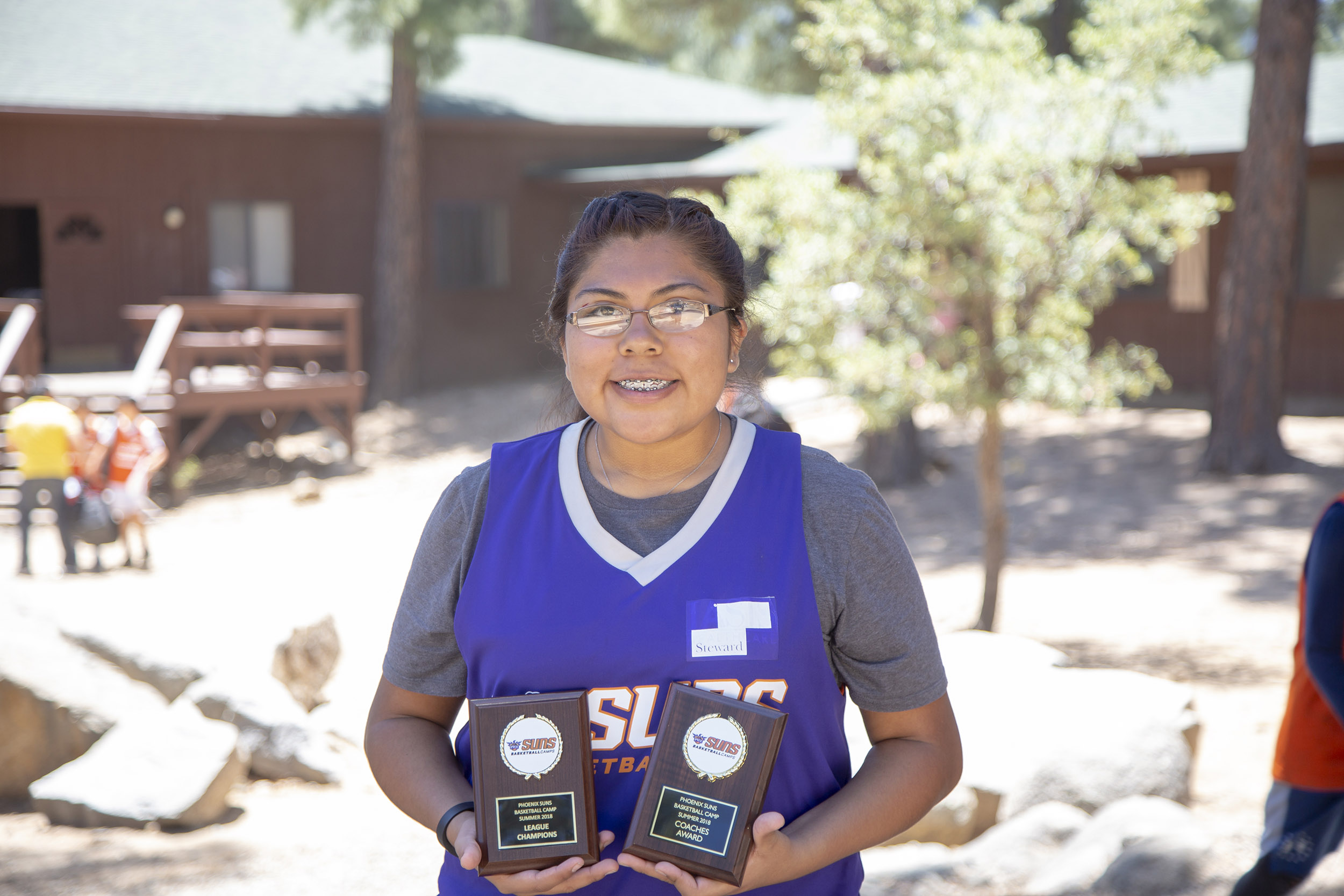 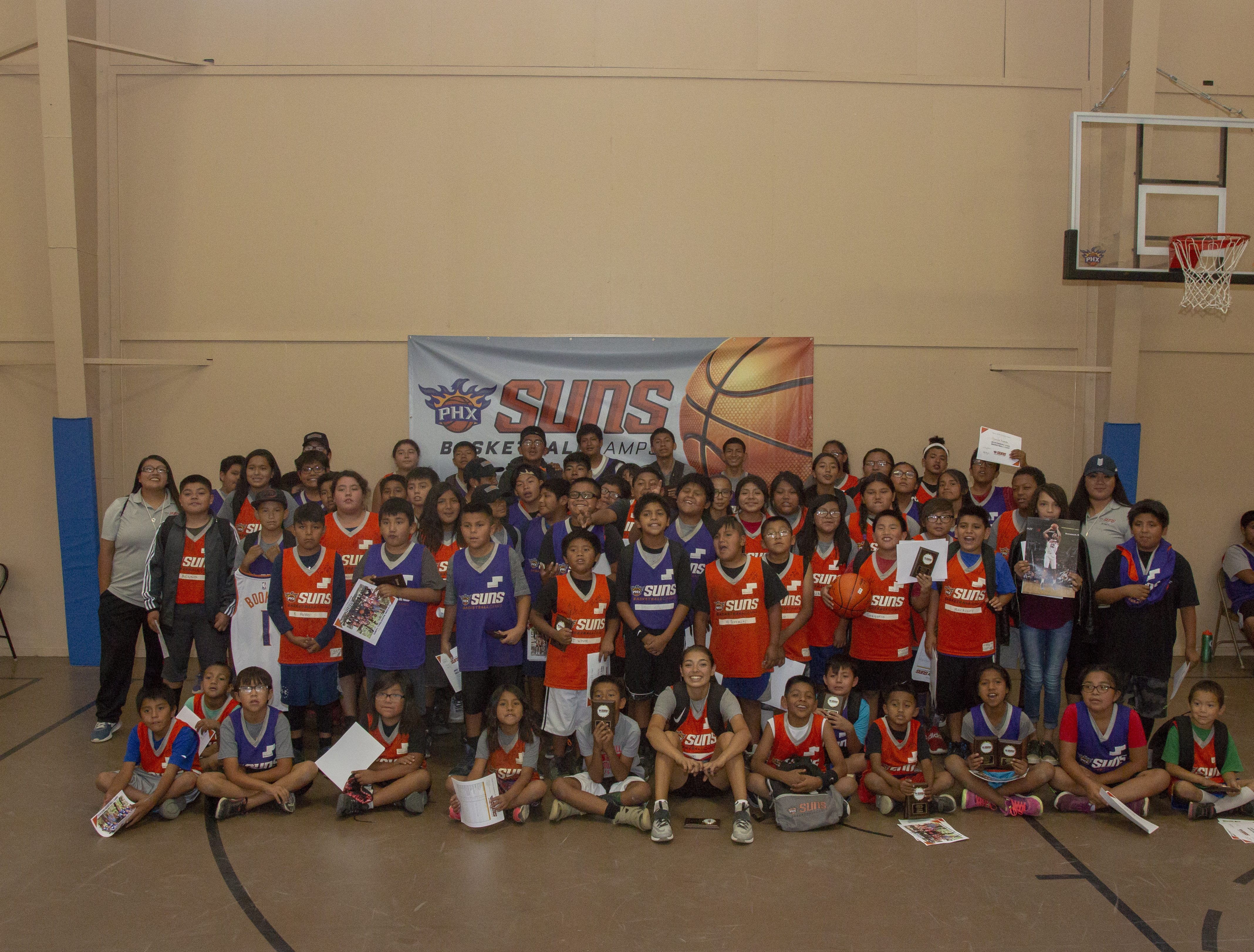