To usher in the O’otham New Year, a Baithaj harvest took place on a hillside just west of Sacaton on June 15.

With the glow of the morning sun just over the horizon, youth from the Gila River Indian Community and sister O’otham tribes went to work to harvest the delicious cactus fruit.

Each year the baithaj harvest is done around the time of the O’otham New Year during the summer solstice.

A ripe cactus fruit, the baithaj, is plucked from the towering desert giants, the Saguaro cactus.

This year, Antonio Davis led a group of youth out to a patch of desert filled with saguaro cactus and the highly sought-after fruit.

There are few things to know about the baithaj: In its affixed form while on the cactus, it is referred to as baithag.

It is referred to as Baithaj after the fruit has been brought down from the saguaro cactus. The harvest isn’t done out of personal gain, but for all of the O’otham, and to welcome the rain and other nourishment to the land.

Before venturing out a special blessing is performed to with a good heart and thoughts of those, who are not able to participate in the harvest.

Davis said when you bless yourself, it is done with the pulp of the baithaj and is spread across the chest or just below the neck.

In getting the fruit down, a little bit of O’otham ingenuity is incorporated into the making of a ku’ipad, which is made from the vap’pai of the cactus (or ha’ha:shan) to create a long pole.

Each individual picked out a ku’ipad and made their way out into the desert with buckets in hand to collect their bittersweet reward.

After it is brought down, the soft inside of the fruit called the jun is scooped out and placed into a bucket.

When all of the baithaj is hauled away, the skins or eldag (fruit’s inside portion) are left with the inside facing up.

This is done as a prayer to ask the creator for rain to once again nourish the land from the creator.

Since the harvest season is well underway, Community members and our Hajun from other O’otham tribes will be making their way out to the desert to pick the luscious cactus fruit. 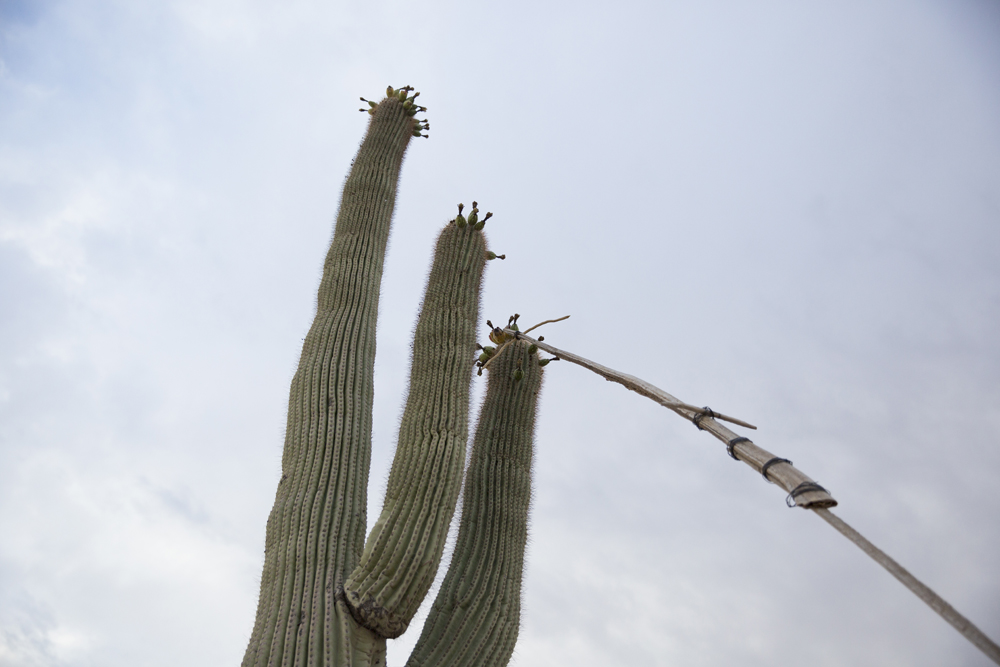 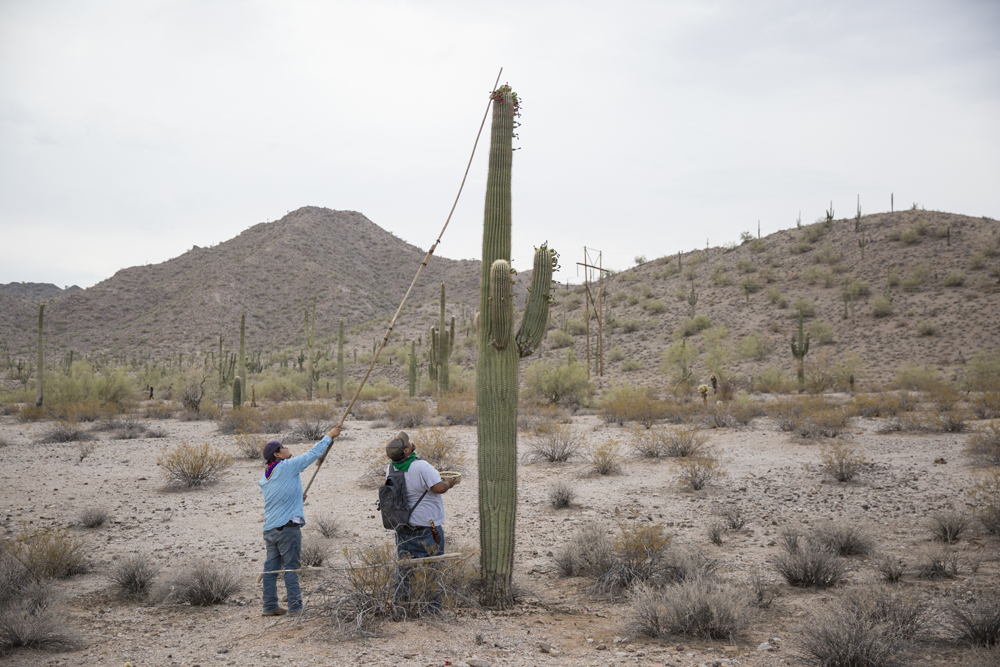 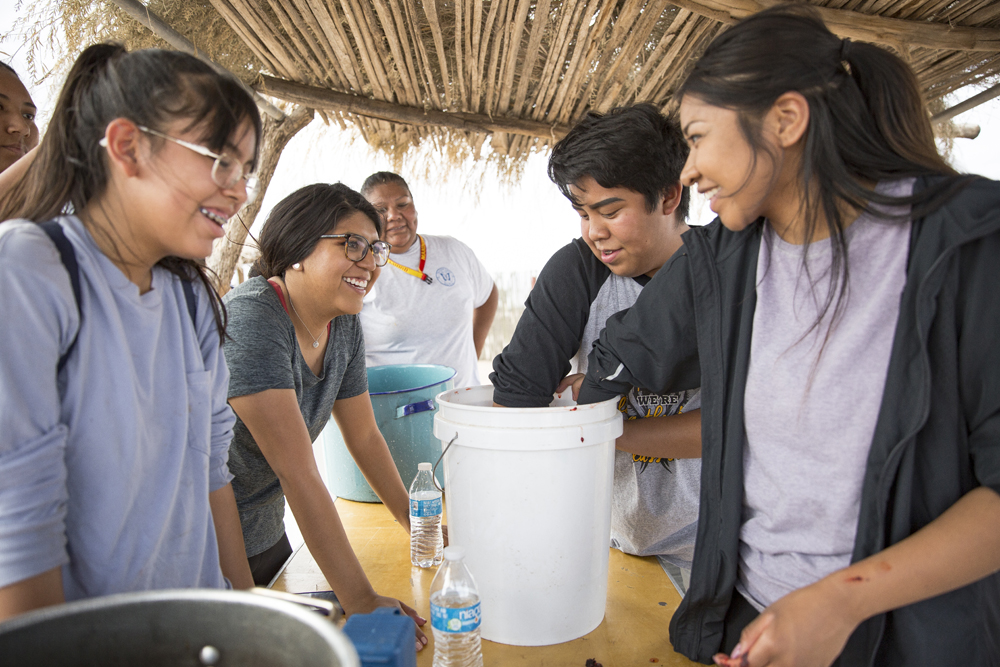