Students from Gila Crossing Community School toured a facility from one the world’s largest online retailors on June 20.

Over 40 students took part in the first ever Camp Amazon, which is based on Science Technology Engineering and Math.

The camp activity was held at the west Phoenix Amazon Fulfillment Center, and was made possible through a collaboration with the GRIC and the Science Foundation Arizona.

Science Foundation Arizona Director of Education Linda Coyle said the collaboration between her organization and the Community is part of the Native American Code Writers program.

The collaboration focuses on STEM education and computer science, which is meant to provide students with opportunities to learn about the two fields and possibly think of it as a career later on.

Amazon Fulfillment Center General Manager Matthew High said the Camp Amazon it is about giving back to the local community.

“At Amazon, we tried to do as many things as possible with the local community, so with Gila Crossing Community School we see a lot of them go through Cesar Chavez High School.”

Amazon uses the camp to build relations with the Community by introducing students to the technology used at the fulfillment center.

“This is the first time we've done it in Arizona, so this is our go at it to see how we can continue to inspire students, especially local students in the STEM field,” said High, “The cool part about it, we think of the fulfillment center as kind of that behind-the-curtain where the magic happens.”

Walking through the facility, the students made their way through the cavernous isles of shelves and conveyor belts that move items purchased online towards their destination as they shipped off from the facility.

After touring the facility, the students had a mini robotics demonstration exercise, where they were able to remotely operate a robotic arm similar to the one used at the fulfillment center to move plastic tubs used to sort merchandise.

During the exercise students from the Cesar Chavez High School Robotics Club assisted the Gila Crossing students in operating the mini robotic arms.

High said, “I think robotics is definitely an area that is kind of new and exciting, but as an engineer or scientist you use a lot of critical thinking and problem solving.”

Cesar Chavez sophomore Jacob Isiah Melford Barehand, from District 6 was interviewed on camera by Channel 10 news about his participation in Camp Amazon.

“It feels really great, it's an honor to be on TV and tell them about how I am doing here and the things that I am doing at school with robotics and stuff,” said Barehand.

Lucio Acuna, another sophomore at Cesar Chavez said it was cool to be able to teach the younger students that came from the school he attended in the Community.

“It's honestly an honor to help teach these kids from the school that I came from and show them how I made this by hand and how tough it was to make it and the wiring and stuff,” said Acuna.

The whole morning of activities is meant to demonstrate how STEM is incorporated into real world applications, like the Amazon fulfillment center. 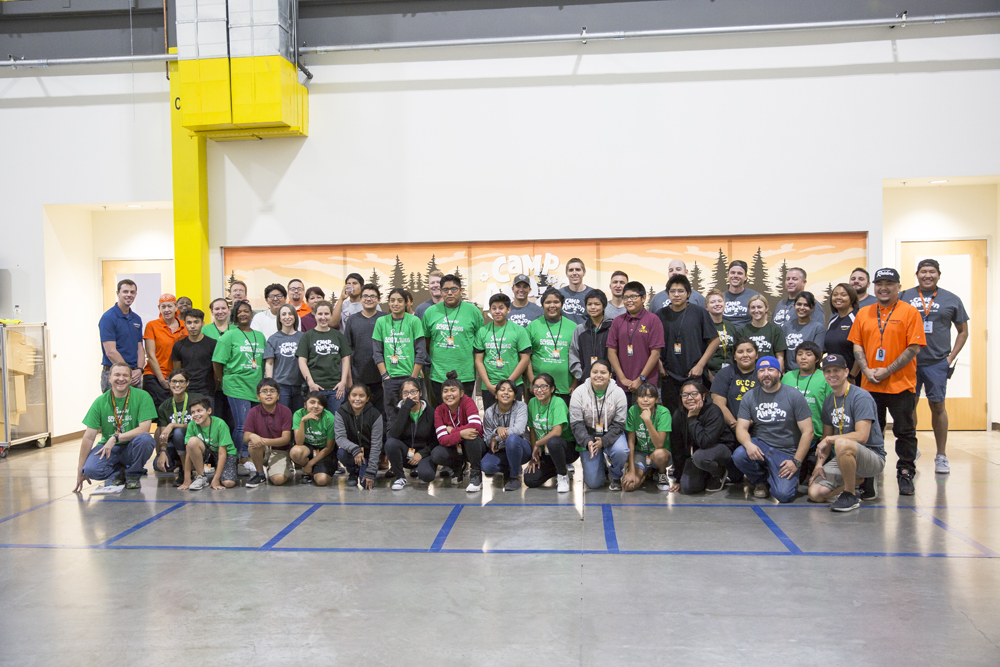 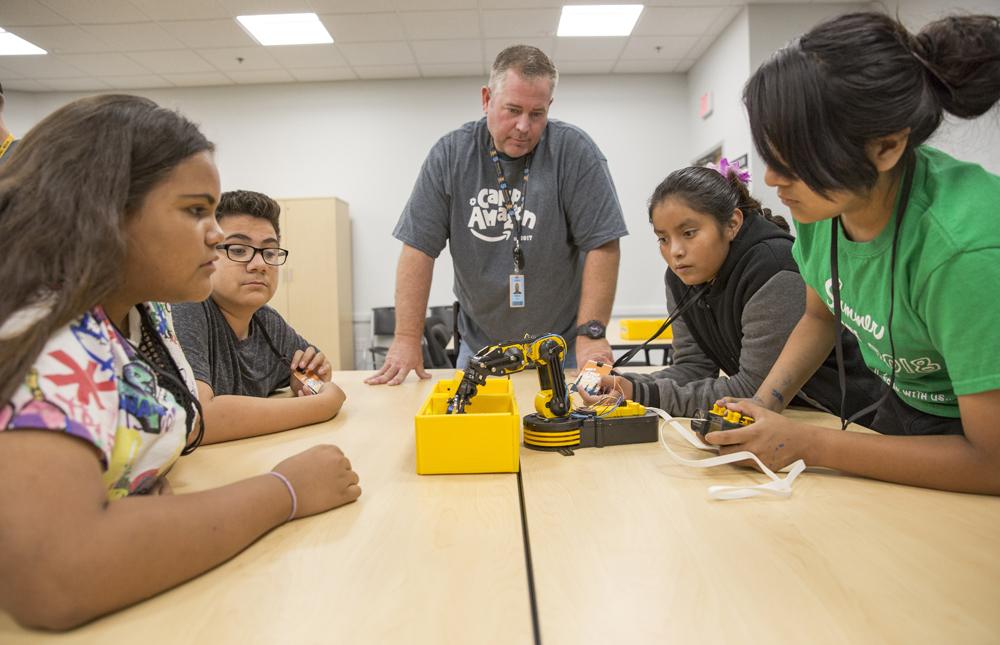 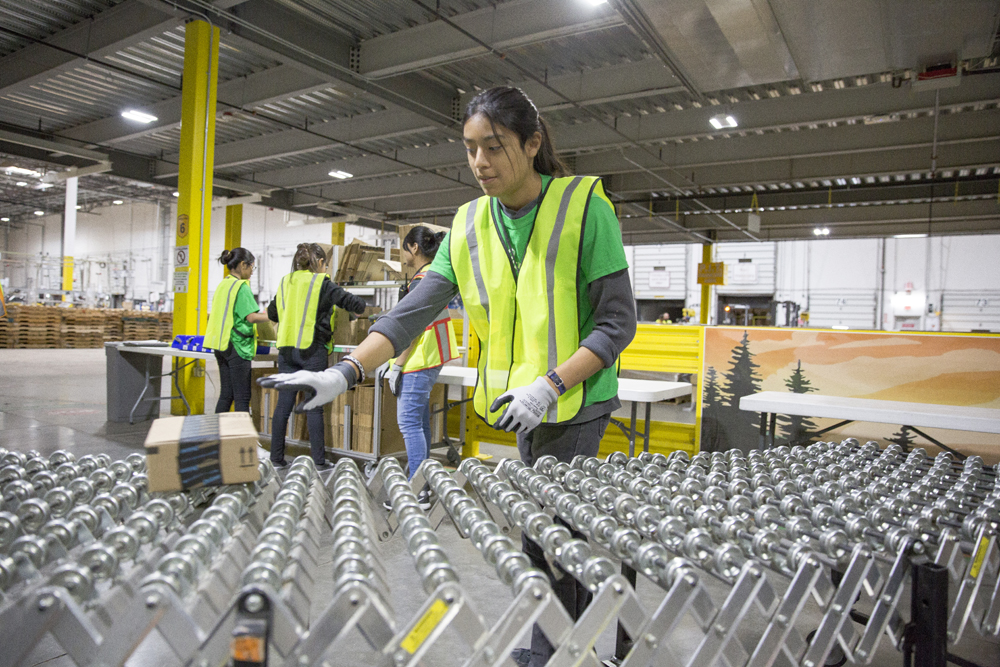