Gov. Stephen Roe Lewis was invited as a featured speaker during the awards luncheon of the 85th Annual State Bar of Arizona Convention on June 27 at Sheraton Grand Wild Horse Pass Resort.

“Welcome to the Gila River Indian Community,” Gov. Lewis said to the conference. “It is my profound honor to welcome back the State Bar of Arizona to one of our Community’s signature properties. We are proud to host your annual convention on O’otham jeved.”

In his speech, Gov. Lewis discussed the long history of Gila River Indian Community and Arizona’s legal organization. The Community functions with many members of the State Bar in a variety of capacities as partners, colleagues, clients and even as employers.

Gov. Lewis said the opportunity to speak to such an esteemed crowd would help cement the Community’s relationship with the many types of professionals and help shed light on many legal issues that arise in Indian Law.

Issues that arise in Indian Country deal with water rights, child welfare and violence against women, Gov. Lewis’ message was to continue treating Indian Law with the same “commitment to fairness and seriousness” that many attorneys have demonstrated over many years.

He also acknowledged how much of his life has stemmed from the practice of law. Gov. Lewis’ late-father, Rodney B. Lewis, was a pioneer in Arizona for many American Indians.

He also discussed how his father’s endless fight for the Community’s water rights has helped the Community grow its economy.

The theme of the convention was “Explore the Possibilities” and Gov. Lewis highlighted that effort in a story about his father speaking with one of his students. The pair were in the vicinity of Wild Horse Pass before there was any developments built and told this student about the plans to develop the area. Few could have envisioned the resort, casino, raceway, and mall in what appeared as a desolate area nonetheless, the Community transformed those ideas into a reality.

Following the keynote speech, the Board of Governors presented Gov. Lewis with a special proclamation highlighting his father’s life’s achievements that was passed in their last meeting.

After the reading of the proclamation to a standing ovation, the Keli Akimel O’otham traditional basket dancers performed social dances for their crowd. 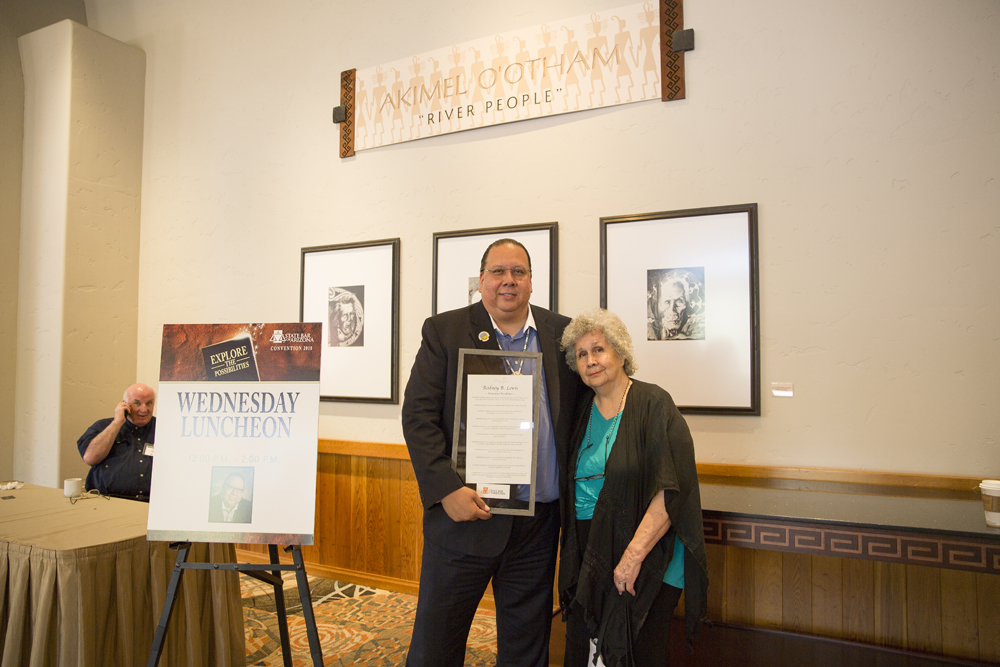 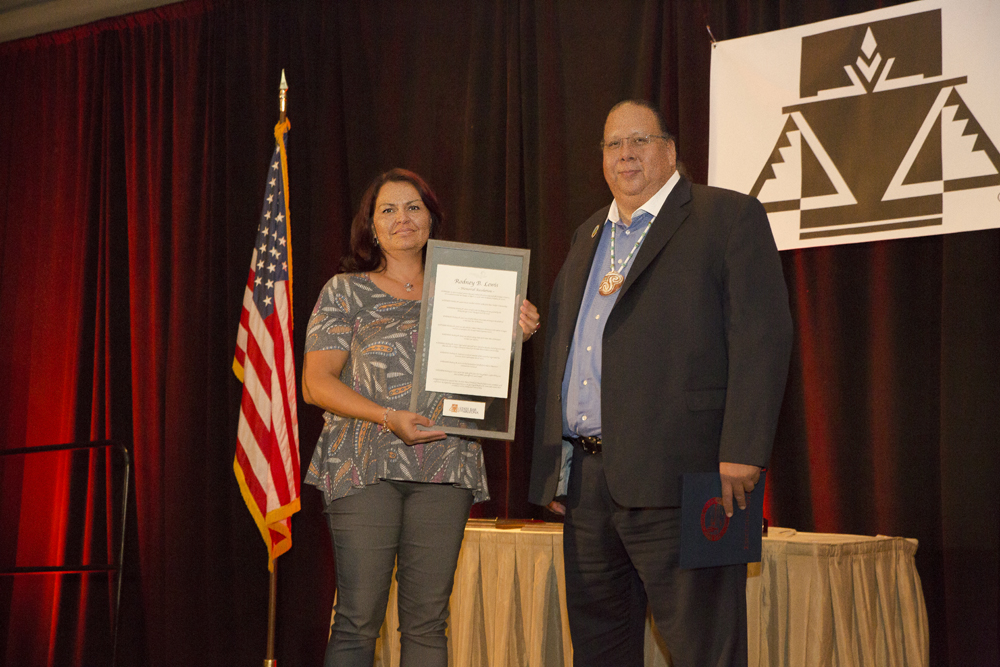