Radio station 91.5 KJZZ stopped by the Gila River Police Department on June 13 and provided free coffee and donuts in appreciation of public service as part of their “We Serve” campaign.

According to Shannon Smith, KJZZ/KBAQ has been doing a lot of community outreach with many different police departments throughout the Phoenix metro area.

“We are doing a campaign throughout the community, not only here in Sacaton, but throughout the greater Phoenix area,” said Smith. “We are thanking police departments and fire departments for their service. We just want to recognize and thank those that serve us in our communities. It’s that simple, it’s something we wanted to do as a station.”

Smith said that there is a listener-base in the area and that prompted them to target GRPD. KJZZ used their mobile studio, Soundbite, to interview different commanders and was broadcast on their website.

In addition to providing refreshments, the radio station presented certificates of appreciation to both the police and fire departments. Police Commander Ronald Blass and Deputy Chief- Fire Marshall Kathy Garcia accepted the certificates on behalf of the departments, respectively.

The gesture was greatly appreciated by the many public safety employees that stopped by.

“They go to a lot of the larger cities in the valley but they came out here and chose us to show appreciation,” he said.

Before their stop in Sacaton, the radio station visited police and fire departments in Scottsdale, Chandler, Goodyear and Peoria. They also made a visit to the National Guard.

Next they will be making stops in Mesa, Gilbert, Paradise Valley, Tempe and Avondale. 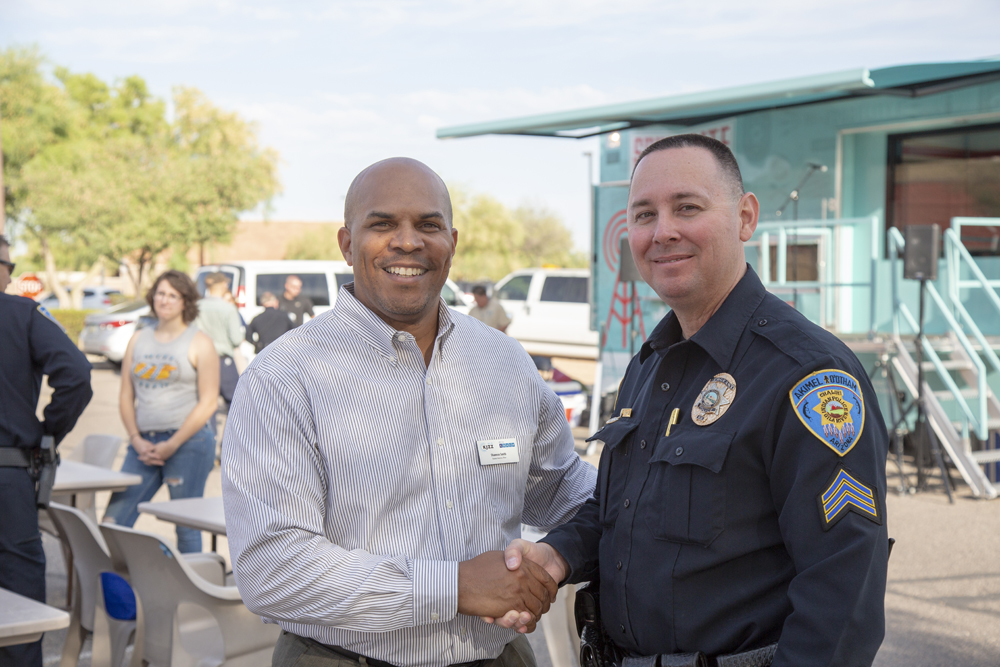 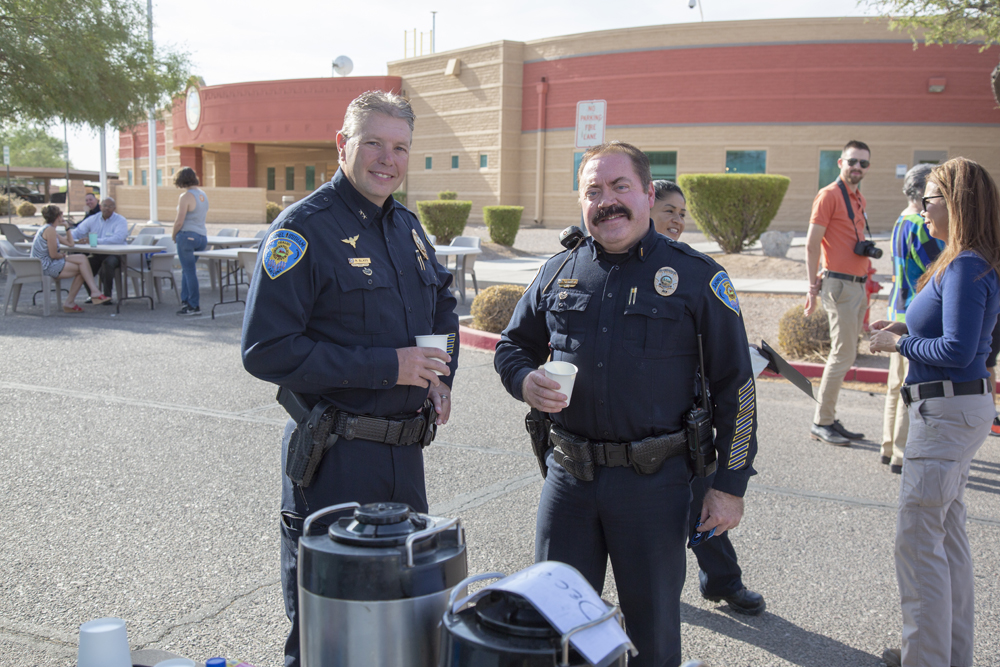