Lt. Gov. Stone and GRHC give updates on new facility at Indian Chambers of Commerce Luncheon

The luncheon was held at the Casino Arizona Eagles Buffet Banquet Room on June 15 and included local business leaders to network, dine and exchange information.

He also elaborated on the red tail hawk’s cultural significance and the other features of the facility and logos associated with GRIC’s traditional heritage.

Glum’s summary of the Hau'pal Health Center included an invitation to the members of the chamber to visit the new facility, which is set to open in August. “It’s an absolute stunning, state of the art facility,” said Glum.

Glum closed his presentation with a question and answer session wherein he described GRHC’s staffing, and other elements of their inclusive and broad health care system.

James Wooton, Director of Materials Management followed Glum and each representative was presented with a gift by Loren Tapahe, President of the American Indian Chamber of Commerce of Arizona. 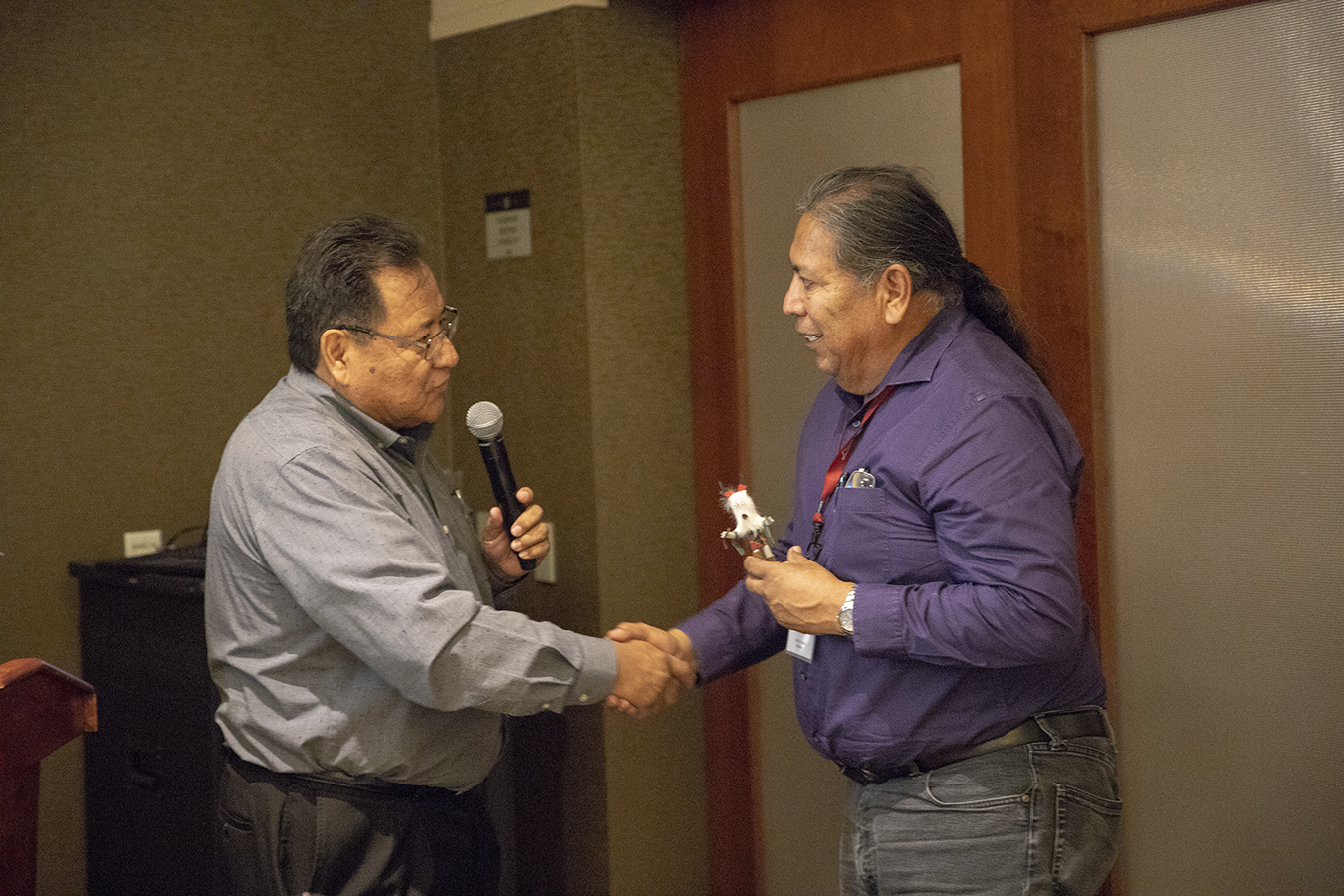