A large number of Community members came together for an all-night celebration of dancing and singing starting the evening of Saturday, June 23, and continuing until sunrise on Sunday. The celebration marks the changing of seasons and the social gathering is now celebrated as “O’otham New Year.”

O’otham New Year is not a holiday in the western sense of the word but rather a time when the O’otham recognize the summer solstice; monsoon storms on the horizon and the ripening and harvesting of baithaj.

“It’s the time when monsoons would be coming, the rain was coming and people would be socializing,” said Barnaby V. Lewis, Tribal Historic Preservation Officer “People dance and singers come to sing. This year we had a lot of people and a lot of people stayed until sunrise and that was good.”

Lewis is a regular singer at the annual event and said he was very pleased with the increased participation from previous years.

“I tell people that when they come and participate in cultural events they grow within their hearts and their minds, with their himdag,” said Lewis. “It connects them with their ancestral ways, their ancestral teachings and generates pride in being O’otham.”

Before the chudt began, a thoka tournament featuring 12 teams took place just outside of the cultural circle near the fairgrounds. The first few songs of the evening showcased the many different basket dancing groups from the Community coming together.

Throughout the course of the night, the singers sang over 150 songs from the morning star song, macaw song, blackbird song, swallow song and many more. Lewis said that while the songs don’t have an official name, the now adopted names come from the stories that the songs tell.

This year, Lewis was surprised to be joined by a group of singers led by Michael Enos from the Tohono O’odham Nation. Additionally, joining the celebration was royalty from the Salt River Pima-Maricopa Indian Community.

“We are all related, one family of O’otham,” said Lewis. “We may not be identical but very similar. The singers were always honored to come and participate, to offer their songs as part of the social gathering.”

Just before the sun rose over the San Tan Mountains a giveaway dance took place and the event ended one song later when everyone in attendance danced in a spiral formation around the singers just as the sun was rising.

Following the dancing, participants were invited near the dying fire for a traditional blessing before embarking on their journey into the new year. 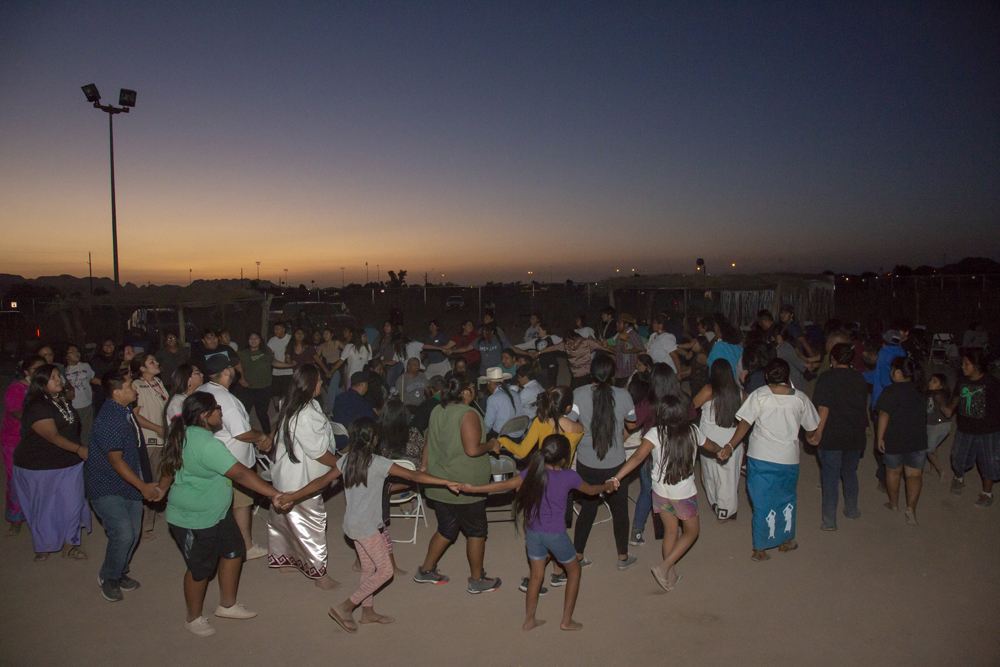 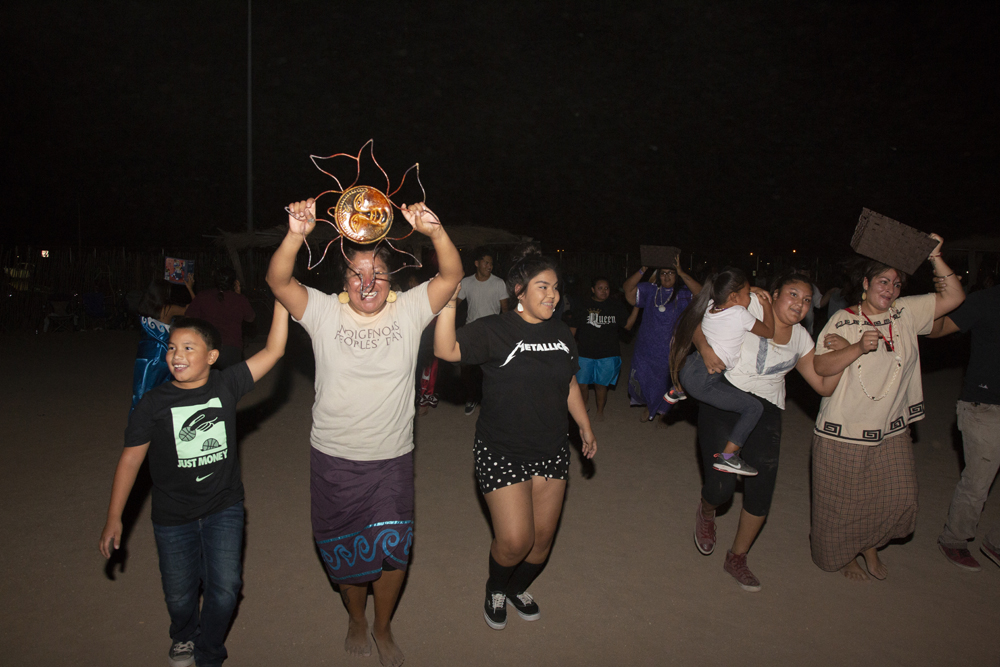 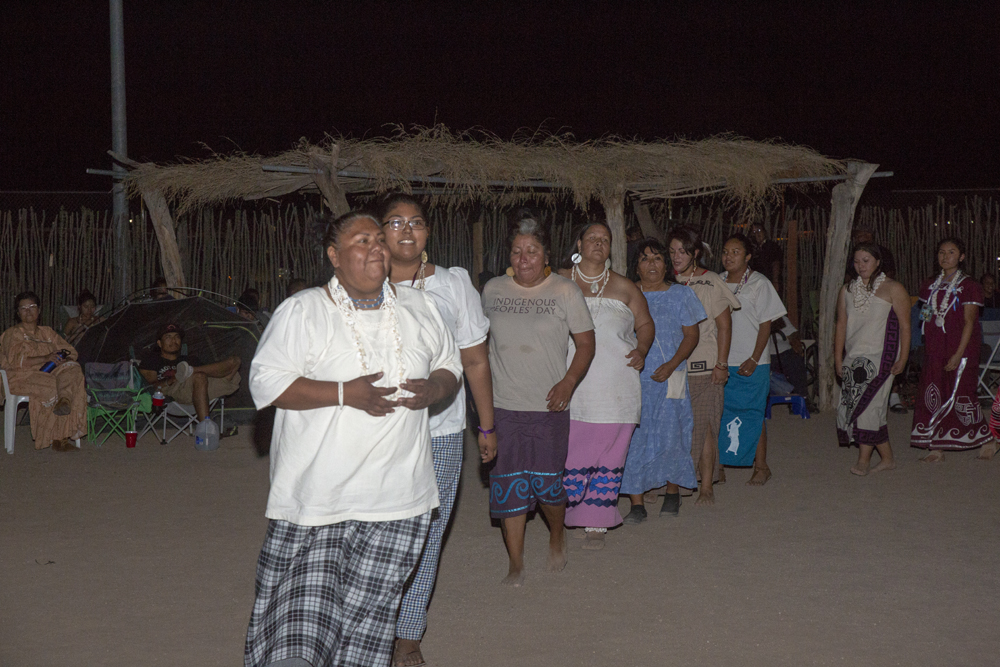