The parking lot outside the Sacaton post office was home to an international holiday celebration on June 21 with over 30 Community skateboarders coming out to the third annual Go Skateboarding Day hosted by Seven Layer Army.

“I thought our third year was a big success,” said Reuben Ringlero, Seven Layer Army co-founder. “I feel like it gets bigger every year. It was a good turnout of kids hanging out and having a good time.”

The international holiday was envisioned in 2004 on the longest day of the year to promote skateboarding and make it more accessible across the world. The holiday is celebrated in 32 countries with over 350 events held all across the globe.

Sticking to the holiday theme of promoting skateboarding, Seven Layer Army didn’t really have a competition but was more of a “skate jam,” a more relaxed setting where participants were skating for fun with friends.

There were smaller contests for highest ollie and seeing who could land certain tricks first.

Following the skating, there were raffle prizes given out and a product toss took place at the end of the event.

Between the raffle and product toss 15 complete skateboards were given out as well as 20 exclusive Seven Layer Army Decks and 14 donated Cowtown and Element decks.

Also, during the product toss handfuls of stickers, clothing, helmets, pads and skate board accessories were thrown to the large crowd of skaters waiting anxiously around Gov. Stephen Roe Lewis.

The skaters and spectators were also able to indulge in a local favorite, pickle slushy, for free.

“Every time we do a skating event my ultimate goal is to give back to the kids and motivate them to keep skating,” said Ringlero. “Go Skateboarding Day is a global event celebrated all around the world. What better way to get all of the skaters together to have fun and give away some prizes?” 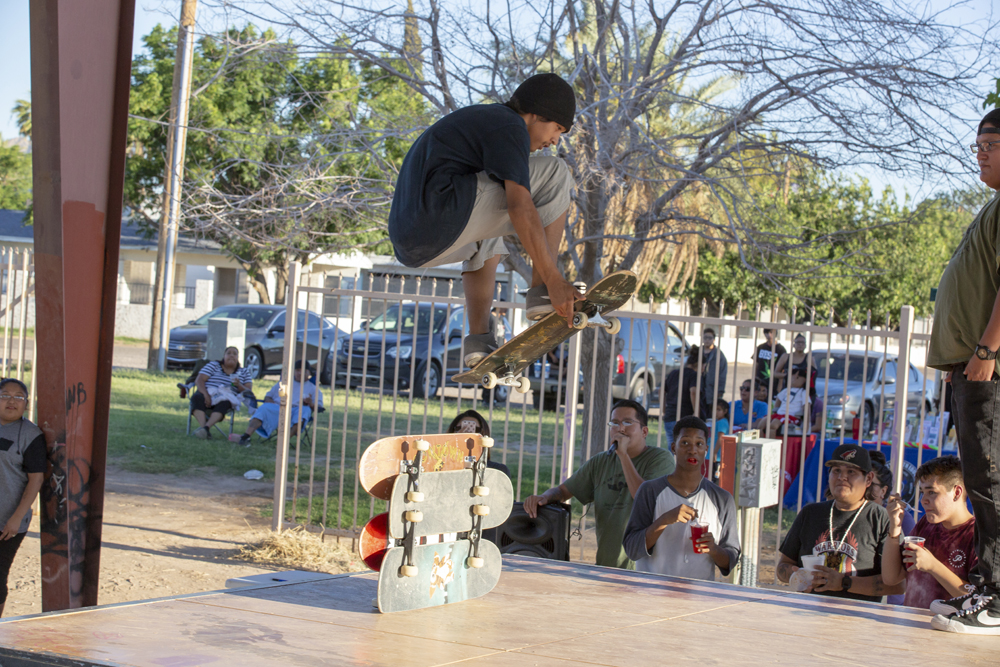 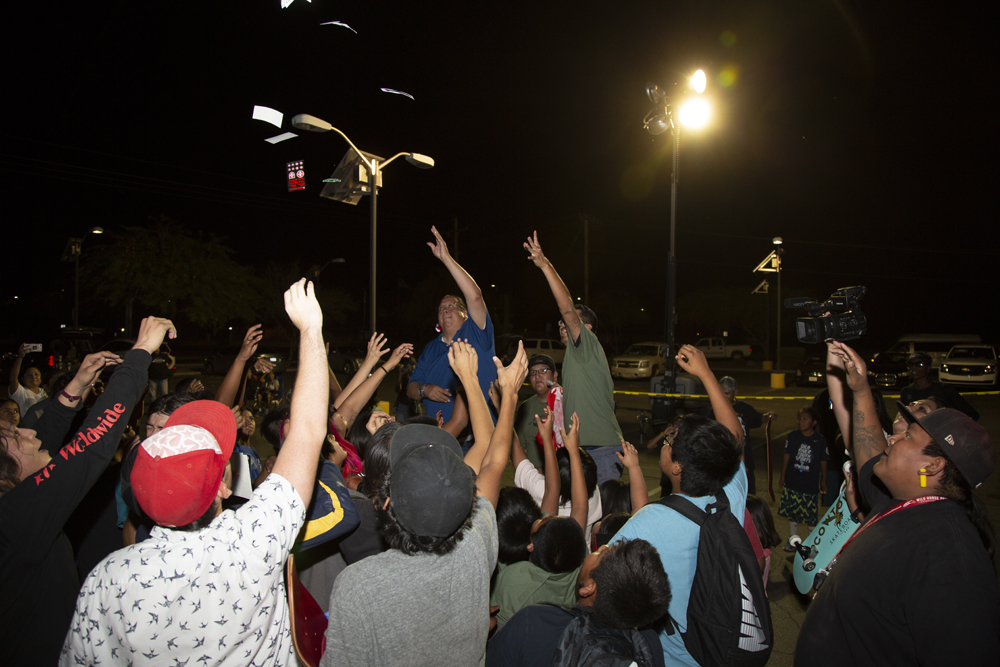 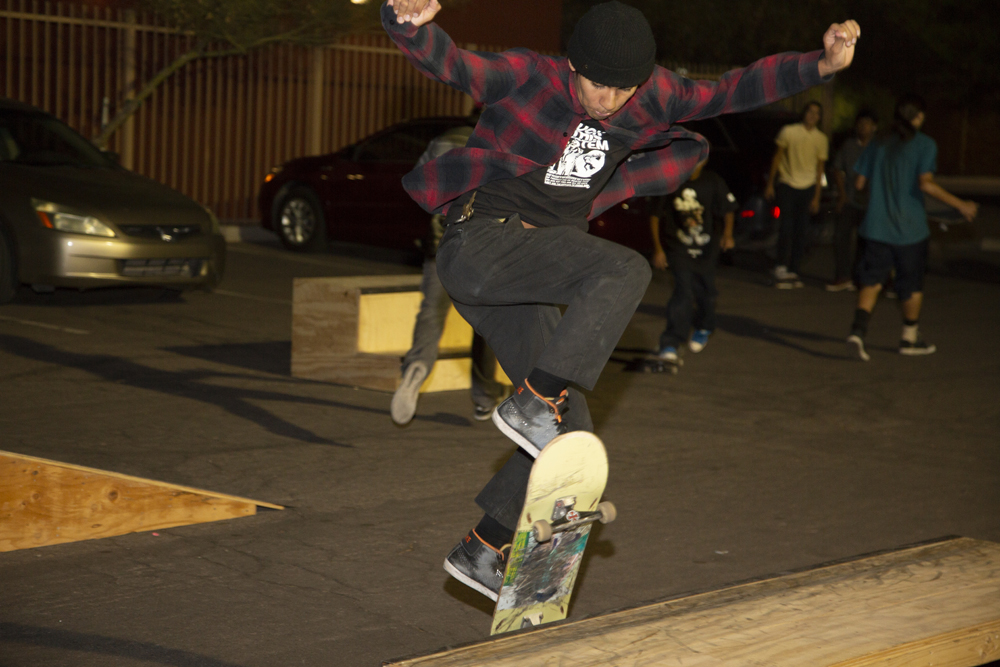 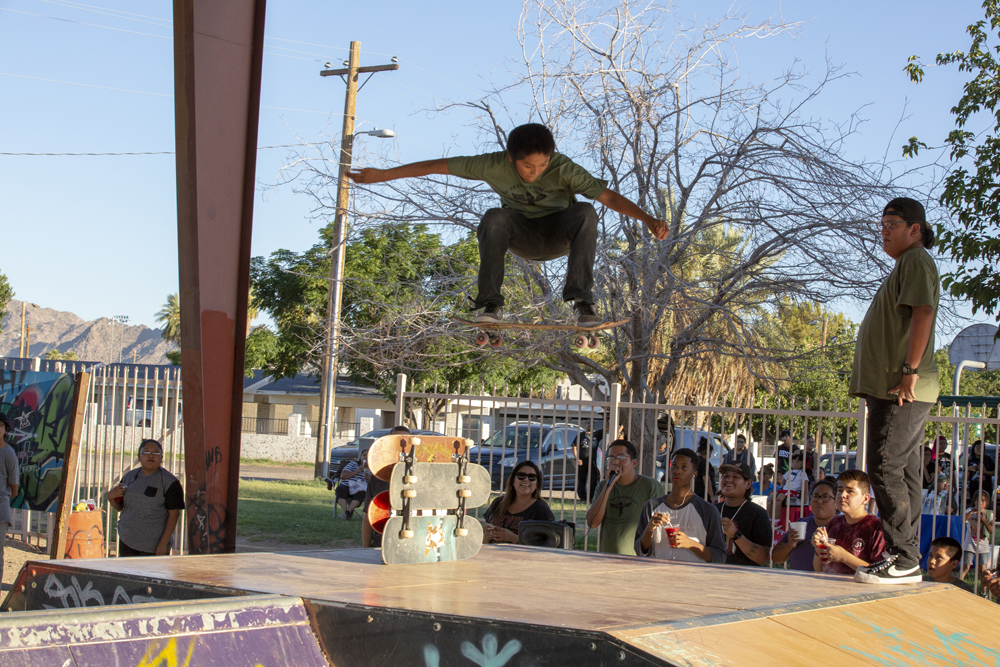