The Boys & Girls Club Gila River – Komatke Branch parking lot was completely full with an overflow of cars parked on the side of Pecos Road on May 22. Few events at the Boys & Girls Club bring out such a substantial crowd like the Gila Crossing Community School Eighth Grade Promotion. The 2018 promotion was no different. The curtain closed on 52 eighth-grade students at Gila Crossing, but family, and supporters came out in droves for their Tuesday night encore.

“You made it,” said Principal Jeremy Copenhaver. It was a fitting atmosphere to celebrate their achievements, but Copenhaver reminded the graduates of their future potential. “I challenge you to keep on that path in your education career.”

Lead Principal Jim Mosely followed Copenhaver and said he looked forward to the class of 2018’s high school and college graduations. Mosley also credited the families and supporters for encouraging the students. “I can’t say enough good things about the Community relationship that I see here at Gila Crossing.”

The big winner of the evening was Jasmine Lamas-Enos. Lamas-Enos was the valedictorian and also received the Brandon G. Enos Educational Foundation Award for her academic excellence. Dale Enos presented her with a backpack full of school supplies and a certificate. Lamas-Enos will also receive financial assistance and a laptop computer.

In her address, Lamas-Enos thanked her family and Gila Crossing teachers and staff for their help throughout the school year. Lamas-Enos had a bright outlook for the 2018 class.

“We look forward to the next four years in high school, to help us get into college where we may become an attorney, a doctor or a CEO,” she said. 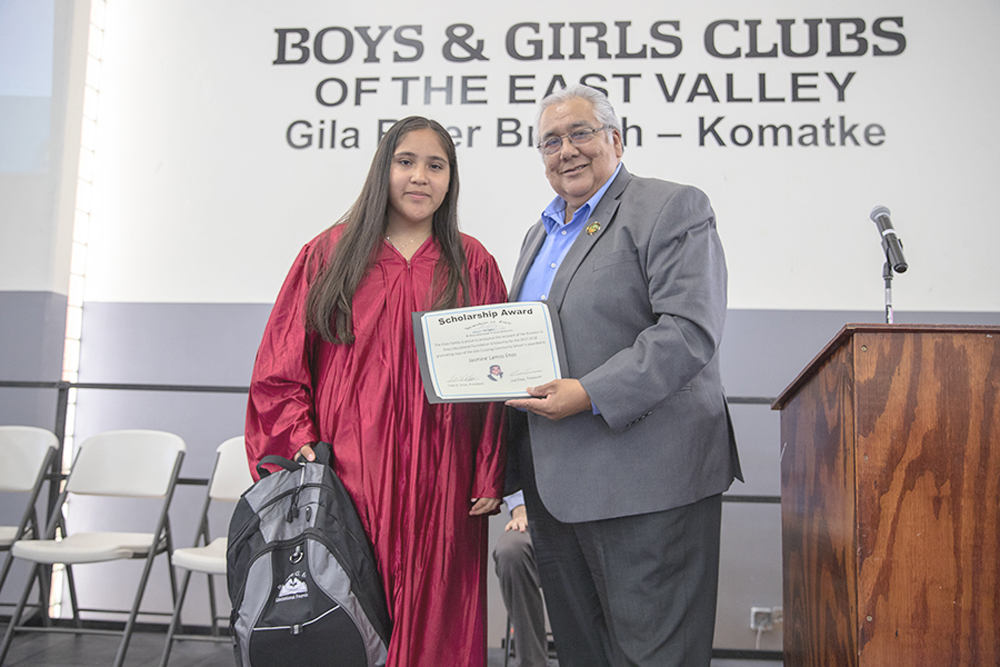 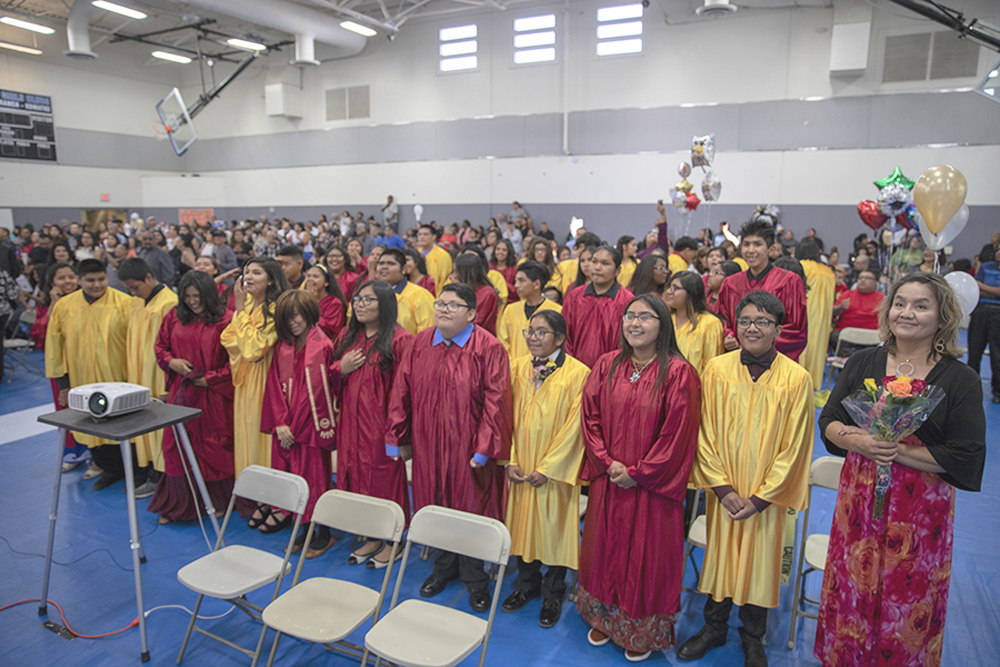 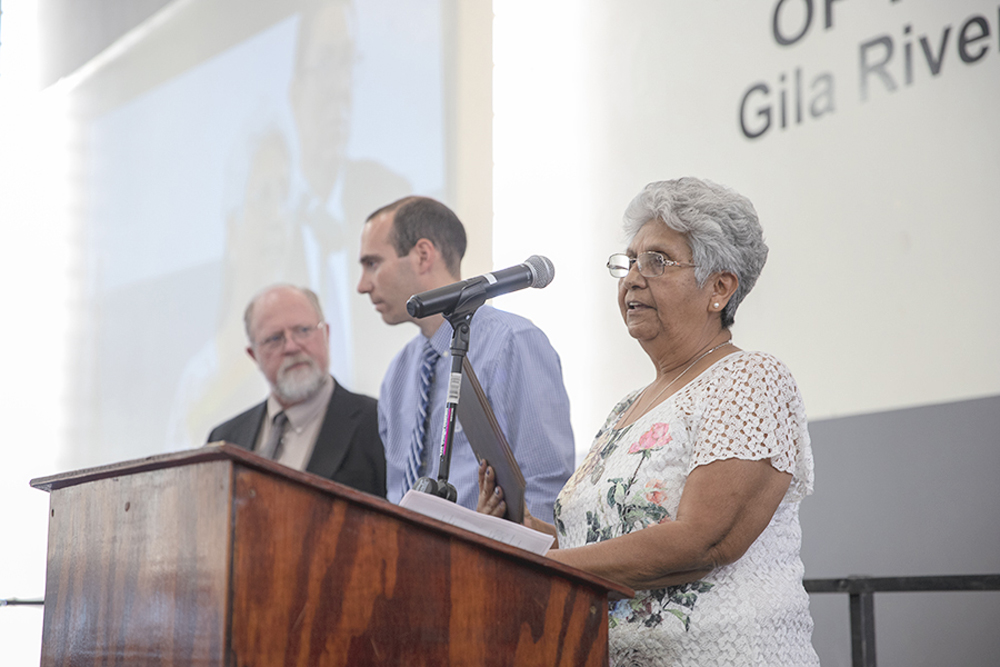