The agriculture class at Gila Crossing Community School has been flourishing for over 10 years and this past year under first-year teacher, Elijose Rodriguez, furthered that long history despite getting a late start to the school year.

The class is part of the school curriculum for grades kindergarten through eighth grade, with grades third and higher getting a little more hands on with the school’s garden.

During the first quarter, students learned the basics of reading the seed packets and learning the months that are best for planting, depending on the type of crop.

In the second quarter, the students were able to plant their seeds in seed planters, which was one of the early stages of planting.

The students were able to transplant their plants into the garden during the third quarter and learned a lot about garden maintenance. Which included planting, to learning how to correctly and safely use shovels, wheel barrows and other garden tools.

In the fourth quarter, the students learned about the history of three traditional crops: corn, beans and squash and the impact that they have had throughout history. They learned about their dietary facts and how they have played an important role in Native American cultures.

The types of crops that classes planted were spinach, Swiss chard, Red Russian kale, cabbage, beets and broccoli. Unfortunately, the broccoli was a lost crop to gopher invaders.

The loss of the crop was a chance for the class to learn about an unexpected happening in gardening, something that Rodriguez says happens frequently. Local vegetarian predators like rabbits and gophers were eating up the garden.

A fence around the garden stopped most of the rabbits but the gophers would dig underneath, which lead to an experiment of underground fences that were successful in keeping out the gophers and protecting the remaining crops.

Also upon finding earthworms in the soil, the class had an unexpected opportunity to learn about earthworms and their contribution and role in gardening. These two lessons show that with gardening things happen unexpectedly.

Originally from Guadalupe, Rodriguez said that this year he learned along with his students incorporating O’otham language into his lessons, learning the names of the crops that were being planted by the students.

The classes split their time between being hands on in the garden and learning academically in the classroom. However, according to Rodriguez most of the time the students preferred to be outside in the garden.

With the school year ending, Rodriguez will still be working in the garden during summer school. The plan is to keep watering the garden and maintain the upkeep of the garden in preparations for next school year.

Corn and zucchini are the summer crops that are currently growing.

Helping assist Rodriguez was his teacher’s aide, David Van Druff, who he said was a great help with him getting acquainted with the school.

Looking ahead to next school year, Rodriguez wants to find ways to incorporate more garden time to the younger classes, proposing an idea of planting flower beds, ensuring that the legacy of the Gila Crossing Community School garden will continue. 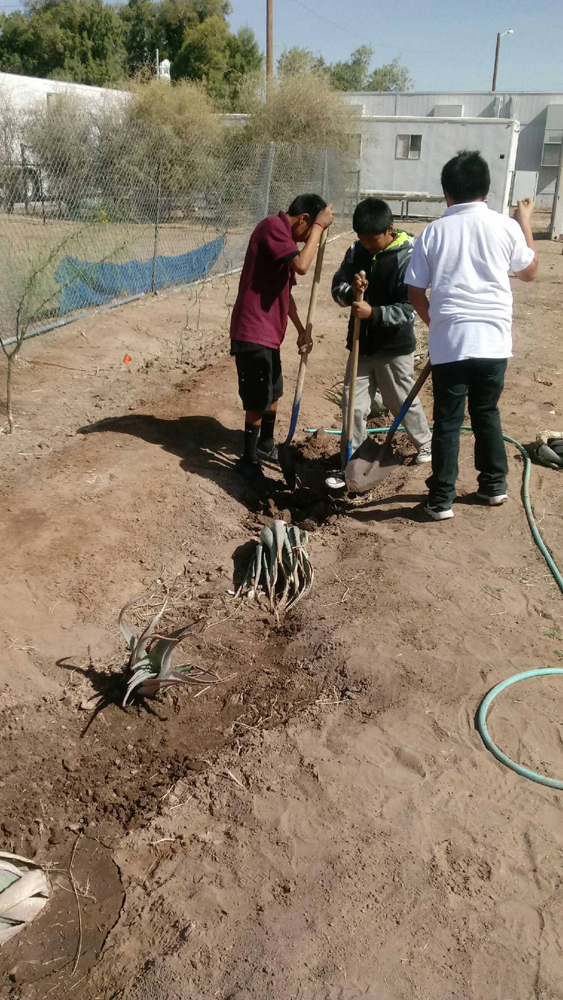 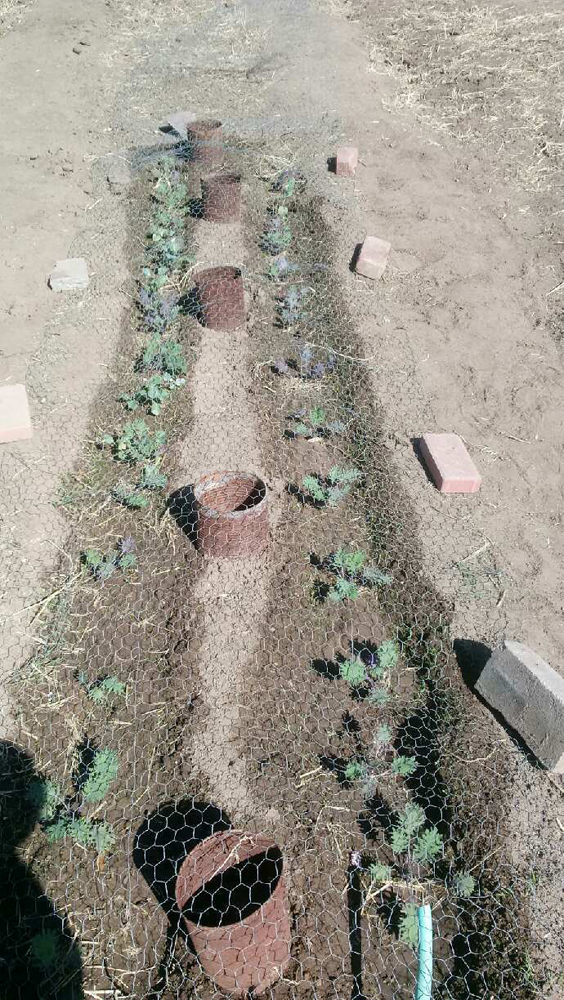