Local emergency personnel rise to the ranks of those who have selflessly served the Gila River Indian Community as first responders.

Members of the Gila River Emergency Medical Services took the oath of office and were pinned with their badges at the Gila River Casino Lone Butte Event Center on May 23.

Chief Judge Donna Kisto-Jones administered the oath of office to the over 63 Gila River EMS personnel at the ceremony.

To begin the ceremony a special blessing was given to all of the Gila River EMS personnel and included a special song that was sung to bring protection to them.

The blessing was also done to cleanse them of the burdens they have accumulated as first responders to some of the most traumatic scenes.

Gila River EMS Chief Kurt Rainbolt gave the opening remarks and described the importance having a dedicated group of first responders in the Community.

Rainbolt said, “The shield we wear represents the oath we make and the code of ethics we commit to and the pride we have in caring for others.”

He said having a responsibility to respond to some of the most traumatic events requires the kind of professionalism their personnel exhibit every day.

Gov. Stephen Roe Lewis congratulated the cadre of Gila River EMS personnel, who took the oath of office and pinning of the shield.

“When you look at the standards and the oath that you take as a first responder, as an EMS professional…your professional codes and standards that you live up to are those shared by the Gila River Indian Community,” said Lewis.

He said the department started out with around 16 employees, many of them Community members, but now has as grown to nearly 100 individuals within its ranks.

“[You] are the most unique EMS unit dealing with a sovereign nation, but also among your counterparts outside the Community as well,” Lewis said.

Retired EMS Chief Lawrence White Sr. was present to talk about the importance of the department and how far it has come from a small group of dedicated individuals.

“It’s been a long time coming and we owe a big deal of credit to our original people,” said White.

“We were known as the ‘Indian Ambulance,’ because we were all tribal members and we had to go off reservation to pick up our Community members,” White said with humor.

He said the Gila River EMS logo incorporates several images that includes a silhouette of the Community, seven feathers for each of the districts and the Star of Life, which is synonymous with EMS departments everywhere.

After the speakers concluded their speeches all of the EMS personnel were called up according to their time of service to the department to receive their badges and pinned by a loved one.

A select groups of individual received recognition for their performance and response to calls throughout the previous year. 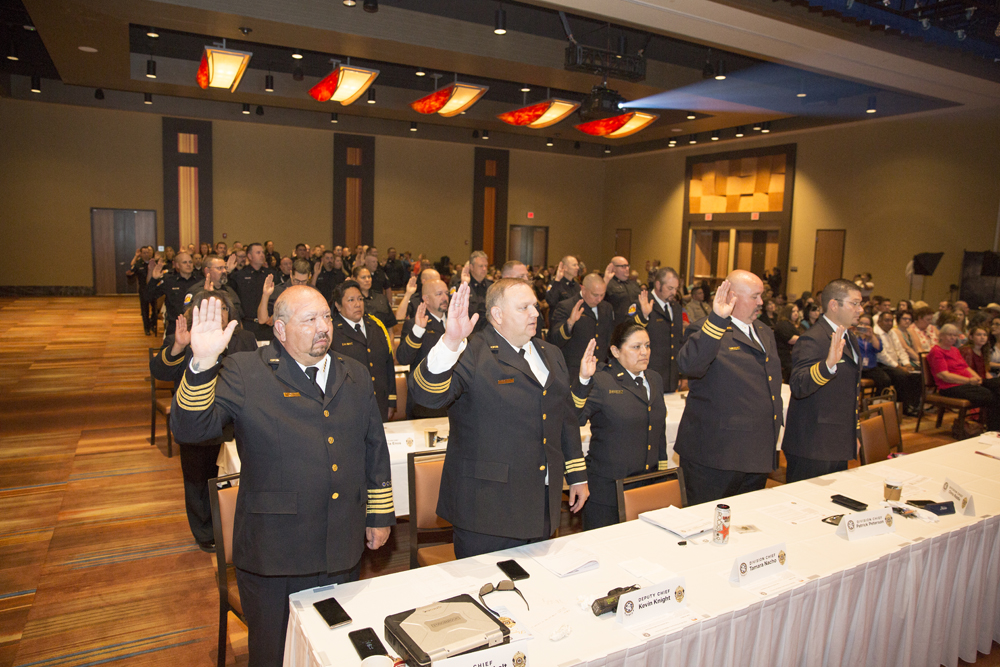 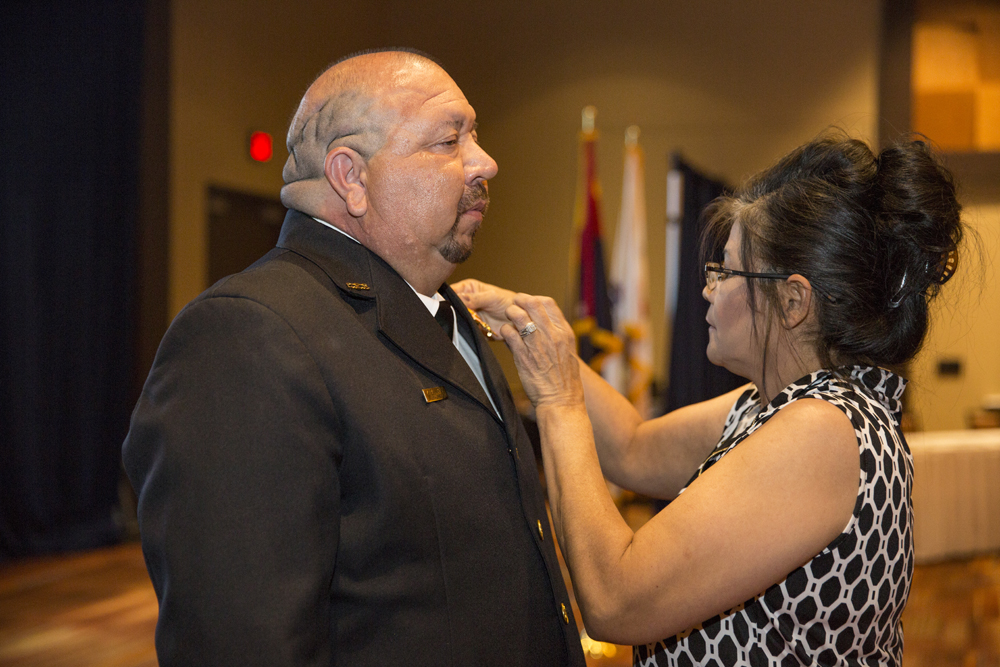