A small army of workers gathered at the Huhugam Heritage Center to work on the basket weavers garden project on May 16.

The project brought together employees from the HHC, Department of Environmental Quality, Pima Maricopa Irrigation Project and educators from schools in the Community.

The purpose of the basket weavers garden is to grow devil’s claw, a plant vital to basket weaving.

Devil’s claw has been scarce in supply King said, “We have to go down to the Tohono O’odham Nation to purchase devil’s claw.”

She said there are a small number of Community members that are growing devil’s claw, but it still lacks in abundance.

“What we are going to be doing is an experiment to see which grows the longest, which one grows the darkest,” said King.

The garden volunteers will plant two types of devil’s claw, the black seed and white seed, which both have different physical characteristics.

When noon approached the group of volunteers created a large garden with a fencing around it to keep out unwanted critters.

“The presentation that [I] did earlier before we came out here, talks about the traditional farms and gardens that the O’otham had made,” said Lopez.

She said historically the devils claw or i:hug used to grow in abundance along fields that were used for farming, until the introduction of non-native farming, that had an adverse impact on Akimel O’otham agriculture and materials.

“When the era of subjugation happened, big farming equipment was brought in and they started clearing out the lands and a lot of the natural plants along with the i:hug,” said Lopez.

Today, the i:hug are getting a new lease on life thanks in part to the coordinated groups of volunteers ready to do their part to preserve the Community’s natural vegetation.

Project volunteer Alyssa Dixon, who came out to work on the garden, said her experience with similar projects has been a learning experience and motivation to keep O’otham traditions alive.

She said in the back of the District 5 head start building there is parcel of land where devil’s claw is growing.

Dixon said as the year goes on, she hopes that enough of the devil’s claw will grow to share with local basket weavers.

DEQ Senior Wildlife Biologist Russell Benford said he and the fuels crew stepped in to help with the project.

“These projects work best when we work together to achieve mutually shared objectives, which is fundamentally to restore Himdag,” said Benford, “What better way to do that then team up on projects like [this].”

Benford said projects like the basket weavers garden, also educate the staff and fuels crew workers about the Community’s traditions and cultural practices.

Dixon said, “I actually did when HHC started their first basket weaving class, my friend Leslie Xavier, she introduced me to it.”

Dixon recalled on one occasion, Xavier came out to talk with the District 5 head start children about the devil’s claw and it’s use in traditional Akimel O’otham culture.

She said experiences like seeing her mentor speak to the children made it clear why it is important to talk with the children about traditional plants that play an important role in the Community’s culture.

As Akimel O’otham, Lopez said in light of the historical impact on near extinction of the devil’s claw the Community is making strides to bring back the devil’s claw and many other traditional plants.

With the heat of summer already here, King said planting devil’s claw starts in February, but that they will see what sprouts up in October or November.

King said elsewhere, basket weaver teacher Yolanda Elias, a consultant on the Gila River Interpretive Trail and Education Center, is looking to add another material for basket weaving, the willow.

She said with the interpretive project moving forward, weavers can have access to a variety of basket weaving materials in the Community. 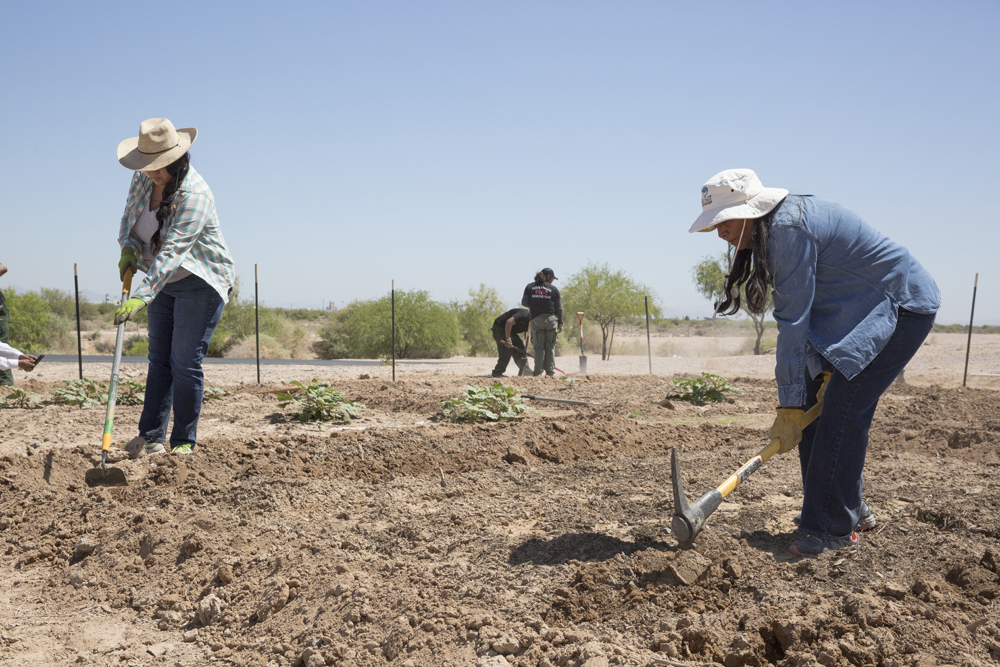 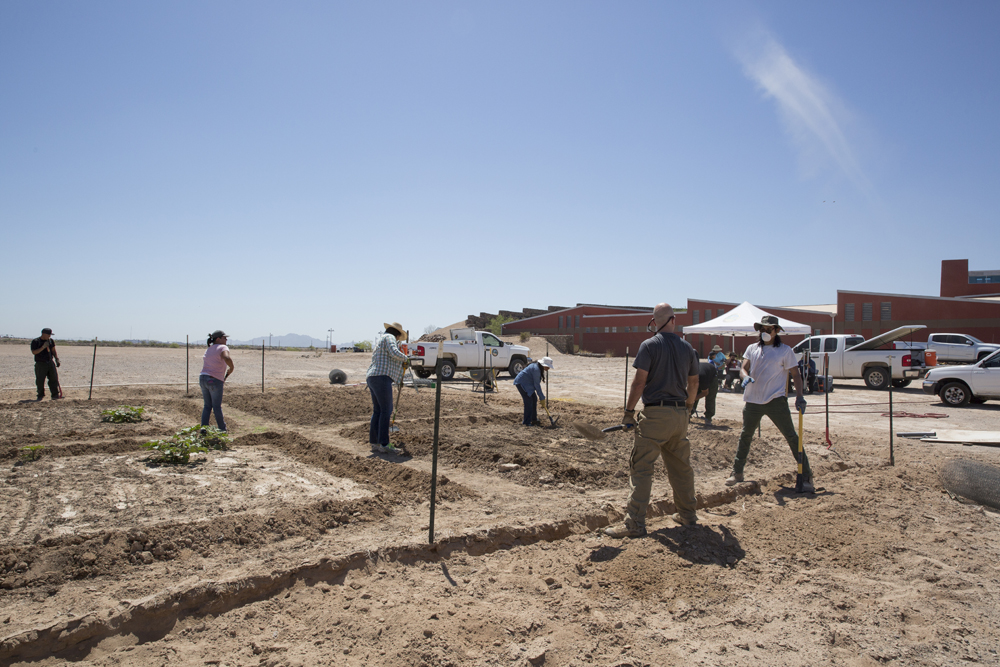 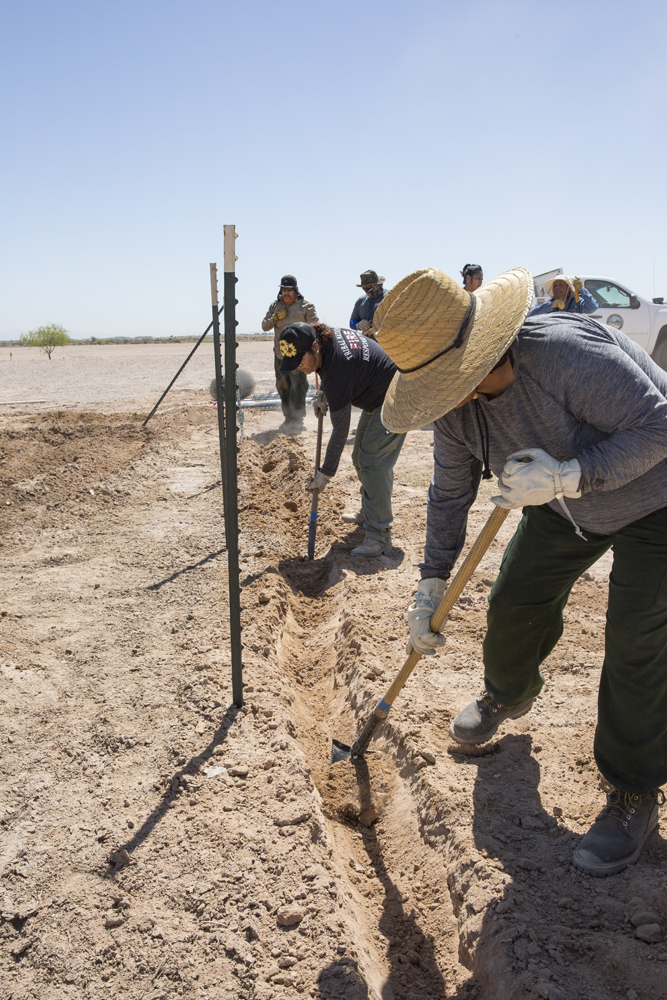 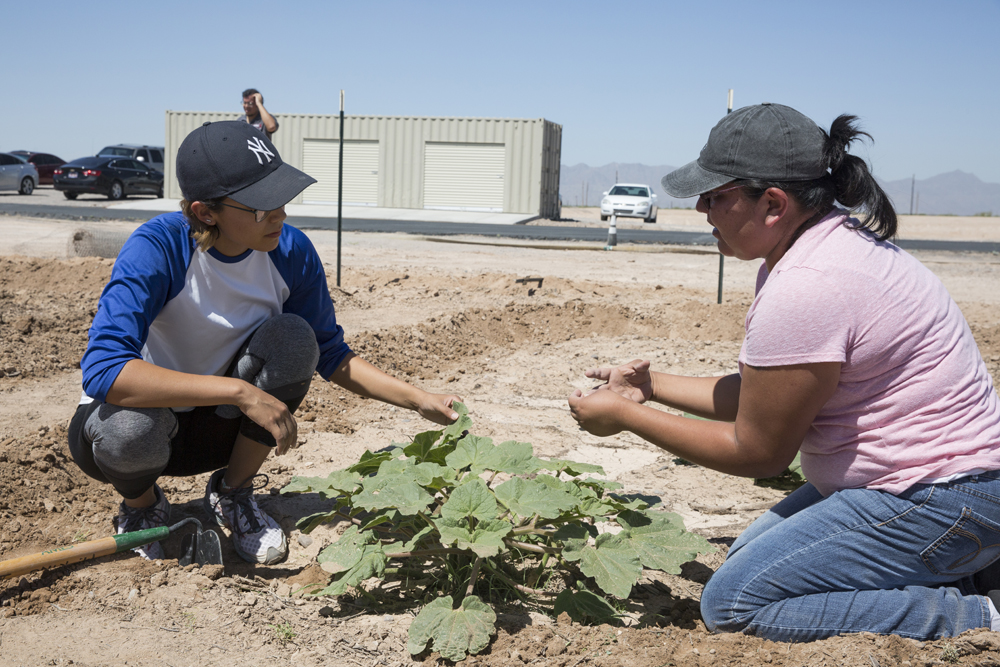