When you combine Memorial Day with an important anniversary of a local war hero, you get a very special occasion. Memorial Day is observed on the last Monday in May, and this year’s Memorial Day, May 28, fell on the 100th anniversary of Mathew B. Juan’s death in France in World War I. Juan was from the Gila River Indian Community, and was Arizona’s first casualty in WWI.

The service started at Juan’s gravesite at the Sacaton Presbyterian Church with the military groups meeting for a prayer, wreath laying ceremony, playing of Taps and a three-volley salute.

The crowd then made the .2 mile procession to the Veterans Memorial Park for a flag breathing ceremony and raising of the American flag. Following another performance of Taps and another three-volley salute, the flag was then retired, refolded and presented to Post 35 Sons of the American Legion Commander Dennis Stover.

“We’re very dedicated to Mathew B. Juan,” said Post 35 Adjutant Paul Farace. Post 35 does a lot of work with veterans in Chandler and Arizona and according to Farace, “things are very active in [Juan’s] name.”

Post 84 Auxiliary placed flowers at all the monuments at the park and Post 35’s Auxiliary joined in a wreath laying at Juan’s monument. 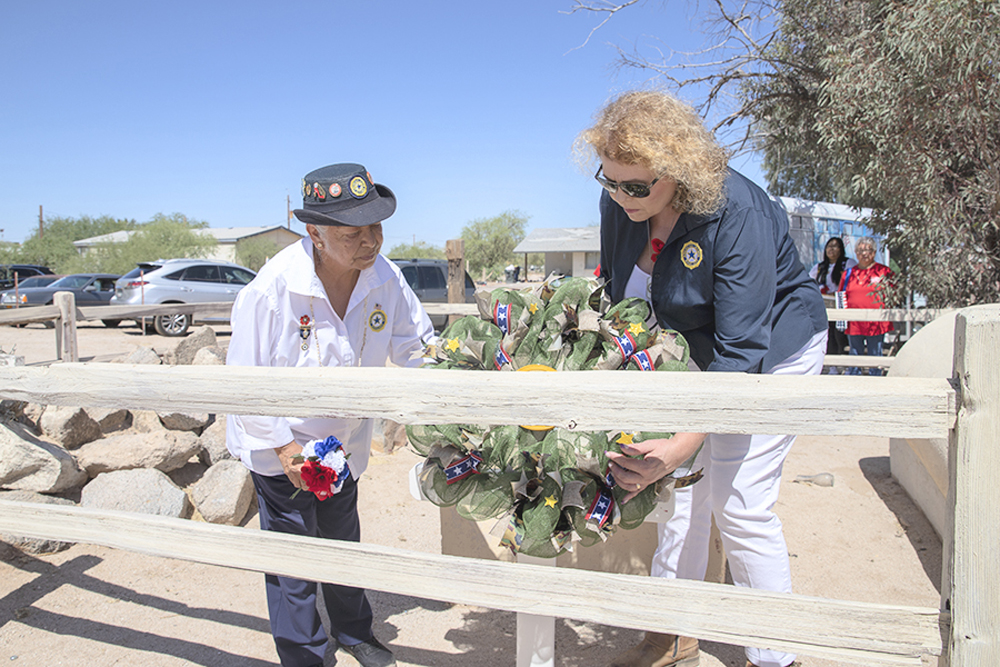 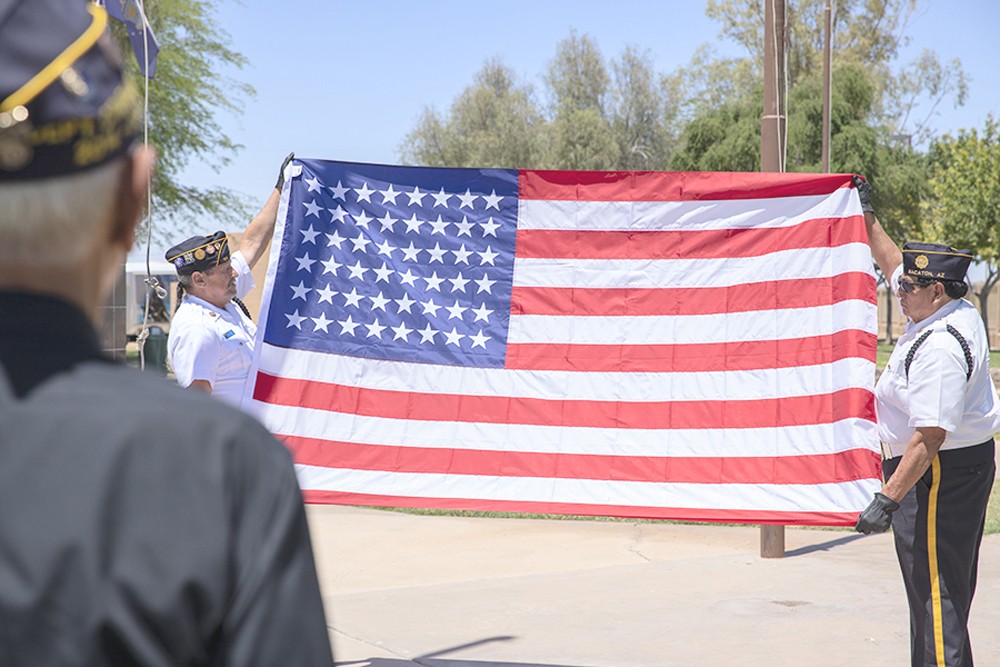 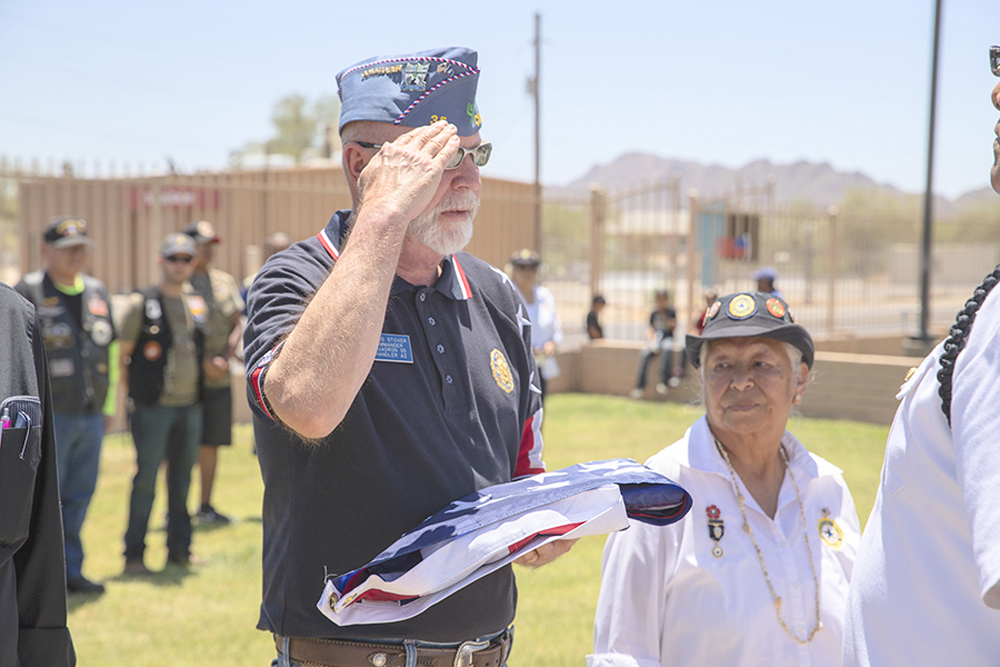