One section of District 3, Sacaton, was cleared away during a coordinated effort by a local fuels crew and Community departments.

On Rose Street in Sacaton, the vegetation was overgrown and waste scattered the landscape, until the Department of Environmental Quality Fuels Crew got involved with a clean-up project on May 17.

The debris and overgrown mesquite thicket and brush had been cleared days earlier by the fuels crew, who recently finished clearing the area.

The street is situated between the Sacaton Boys & Girls Club and the 76 Gas station and is West of the Saint Anthony Mission Church along Sacaton Road.

Now that Rose Street is cleared out, the area is safer for nearby residents and the location looks beautified.

Fuels Crew Supervisor Steven Poolheco said, his crew cleared most of the thick brush and mesquite trees that had overtaken Rose Street.

“You can see the difference,” said Poolheco, “If I was a police officer I was thinking where would I want my spotlight to go…now they can see any movement at least, if anyone was in there.”

DEQ Senior Wildlife Biologist Russell Benford said, the project was in response to a request from the District 3 service center and the Gila River Police Department to clean-up Rose Street, which was identified as a crime prone location.

He said 40 cubic yard containers of material have been removed from the area, with help from the Department of Public Works.

Poolheco said, “There’s always [that] different outlook or viewpoint that you never seen before...you’re not just cleaning up a place, you’re making it safer.”

He said the fuels crew feels accomplished knowing they are giving back to the Community by making it a safer place by helping with projects around public safety. 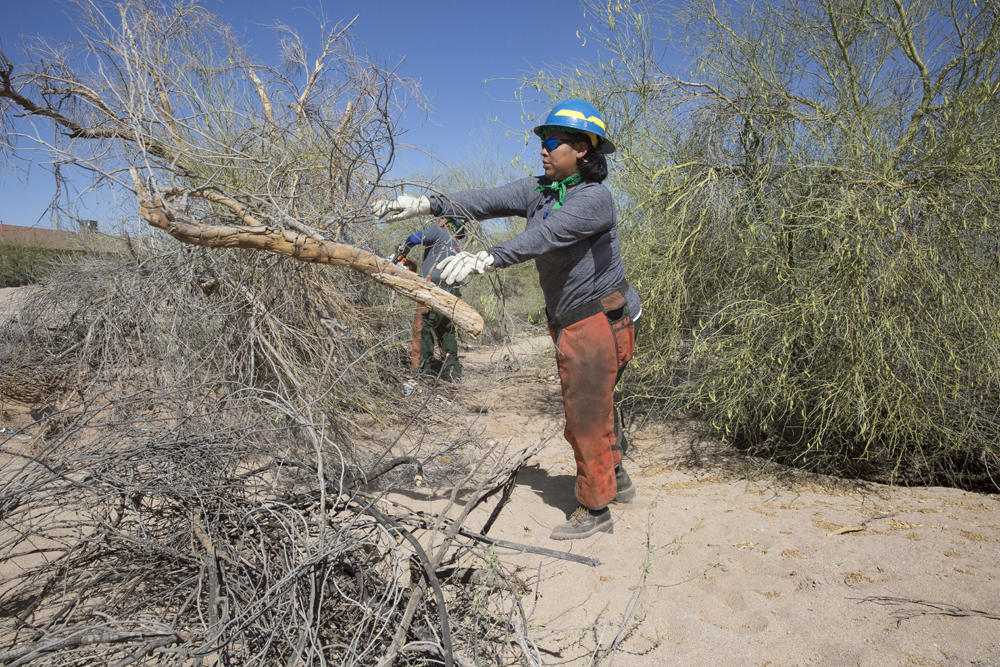 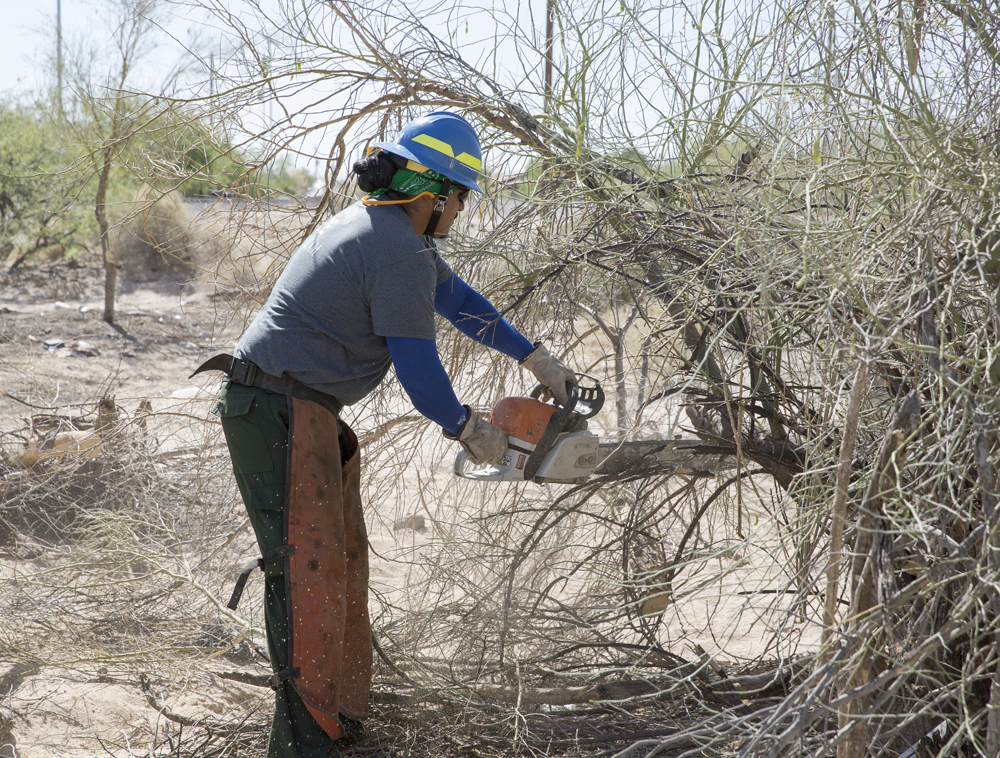