A week of baseball culminated into a one-day event to recognize Arizona’s 22 tribes at the 2018 Native American Recognition Day event held at Chase Field, home of the Arizona Diamondbacks on June 3.

The annual event is sponsored by Gila River Hotels & Casinos and coincides with the Inter-Tribal Baseball & Softball tournament that took place May 29 to June 2.

The three-day tournament welcomed teams from Arizona, California, New Mexico, Oklahoma, Utah and Mississippi who contested for a championship across four separate divisions in baseball and softball.

In winner take all match-ups on June 2, two teams from the Gila River Indian Community, came out the champions in Single A and Double A play.

In the Single A division the Gila River Bears trotted their way to the championship, besting the Lehi Lil’Raiders 10-2.

Meanwhile, the AZ Savages batted their way to victory in a championship game against the Shiprock Angels Red, blanking them 9-0 in the Double A division.

Other GRIC teams, who competed in the Single A division, was the Goodyear Warriors and Pirates, and in the Double A division was the Gila River Bears and team Outkast.

Two squads, in the Triple A softball division were team Elite and the Gila River Bears, who made their run for the championship, but fell short of advancing in the tournament.

At the NARD event, dance groups from the Community held performances underneath the rotunda, as baseball fans made their way into the ballpark.

They were joined by tribal dance and signing groups from other tribal communities to celebrate the state’s diverse Native population.

Gov. Stephen Roe Lewis, said the event is about recognizing the Community’s youth in sports and the long-standing partnership GRIC has with the D-backs organization.

“You see a lot of people in attendance, that are taking in [our] culture, our Pee Posh and Akimel O’otham traditions, along with other tribes as well,” said Lewis.

In talking about the Community’s youth in the inter-tribal tournament, Lewis said “We have a whole generation of young athletes…Just watching those games, the teamwork and the athletic skill [they] have at the youngest levels is impressive.”

On the pitcher’s mound, Lt. Gov. Robert Stone was given the nod to throw out the ceremonial first pitch ahead of the D-backs game against the Miami Marlins.

“It is an honor on behalf of the Community  not just to recognize the Gila River Indian Community, but other tribes at this fine event.”

“I think that it is very important to showcase our basket dancers, the songs, everything else that we see out here is an education to those not familiar with our Community.”

He said when we think of a healthy community, its starts with our youth, that participated in the tournament, because it promotes exercise for all of our Community members.

Stone said the future of Community youth participating in sports is very promising, “Who knows we may even see a professional baseball player, or in any other form of sports from our Community.”

The day would not be complete, without a victory by the D-backs, who put the Marlins on the grill, beating them 6-1. 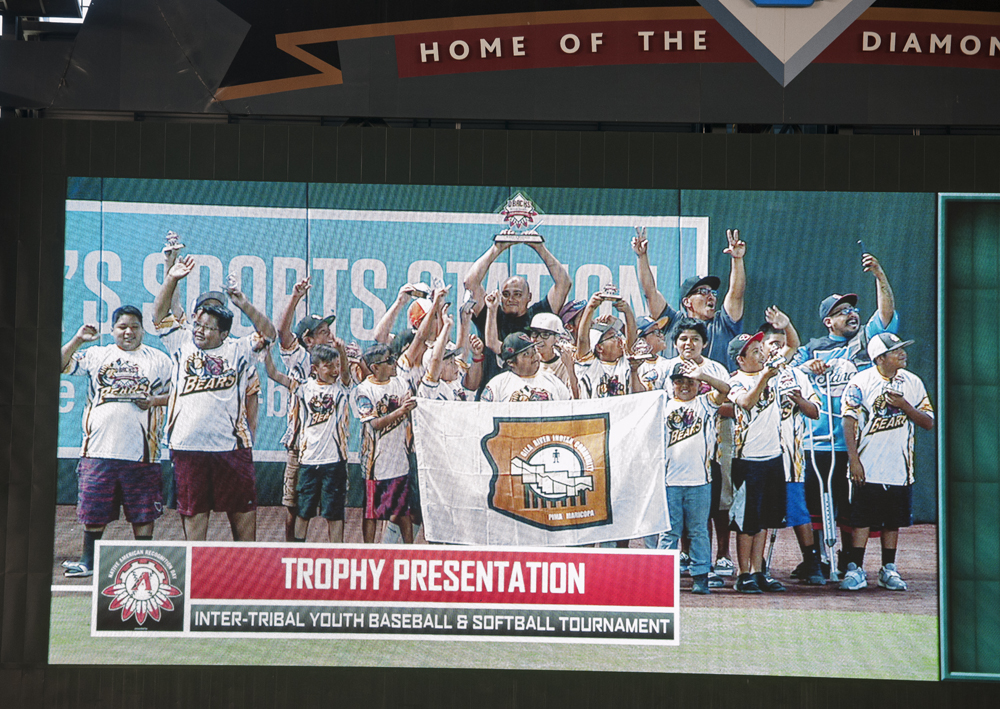 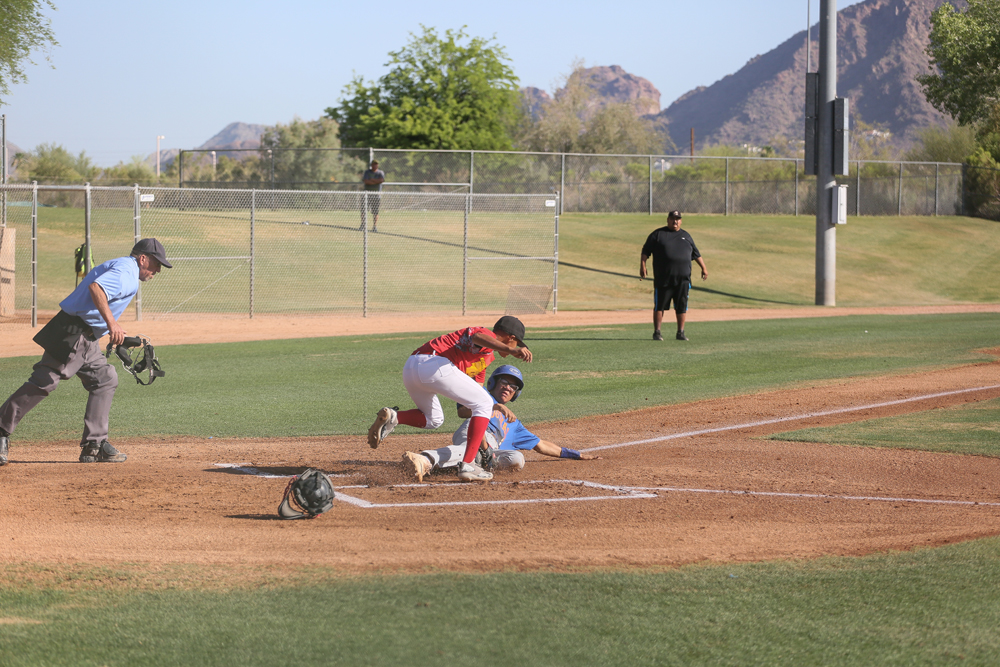 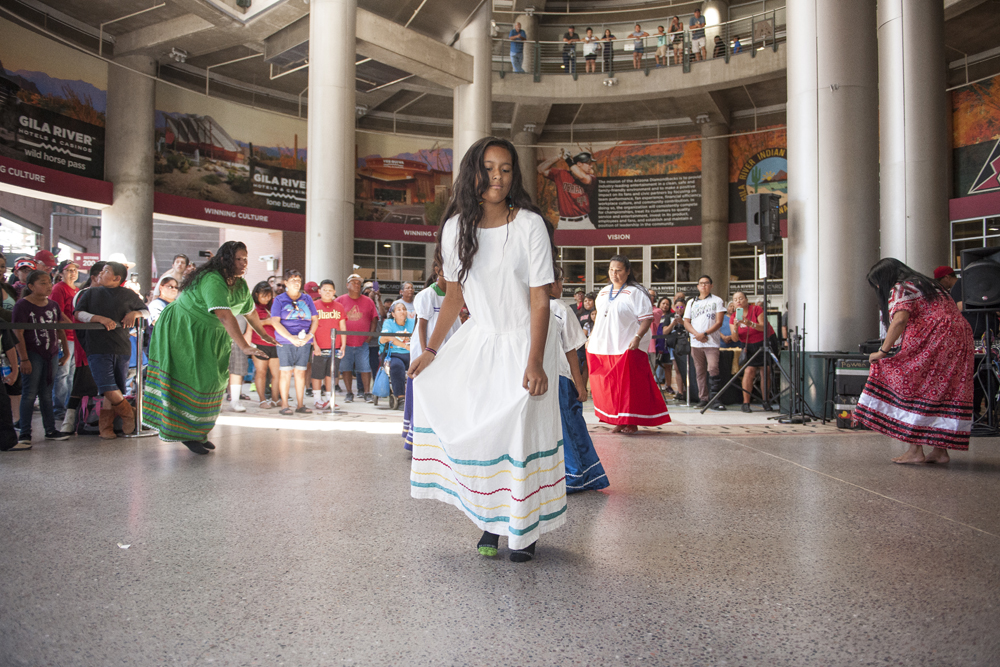 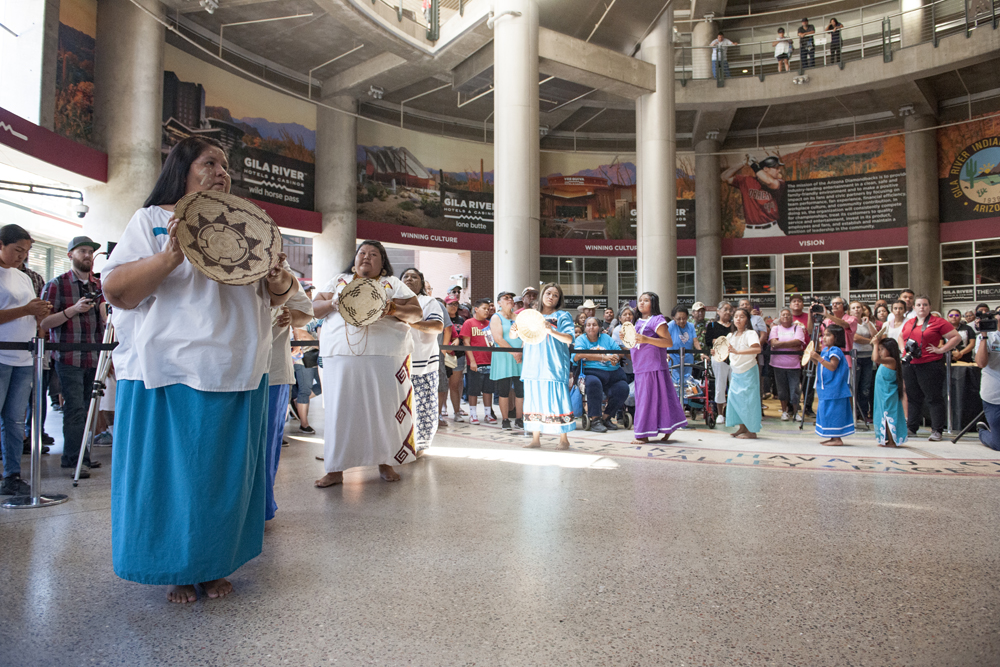 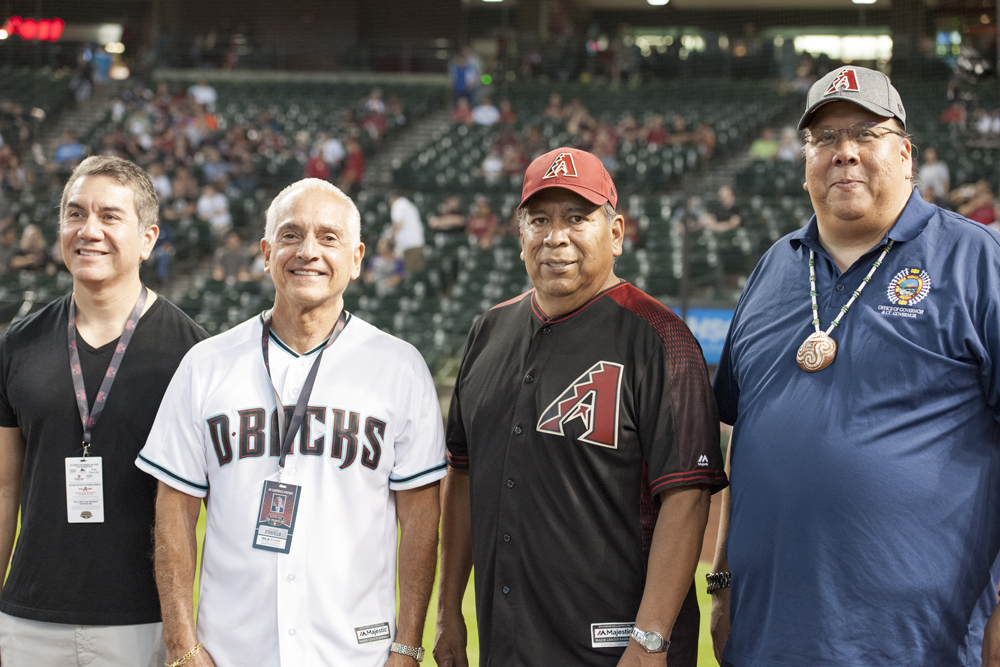 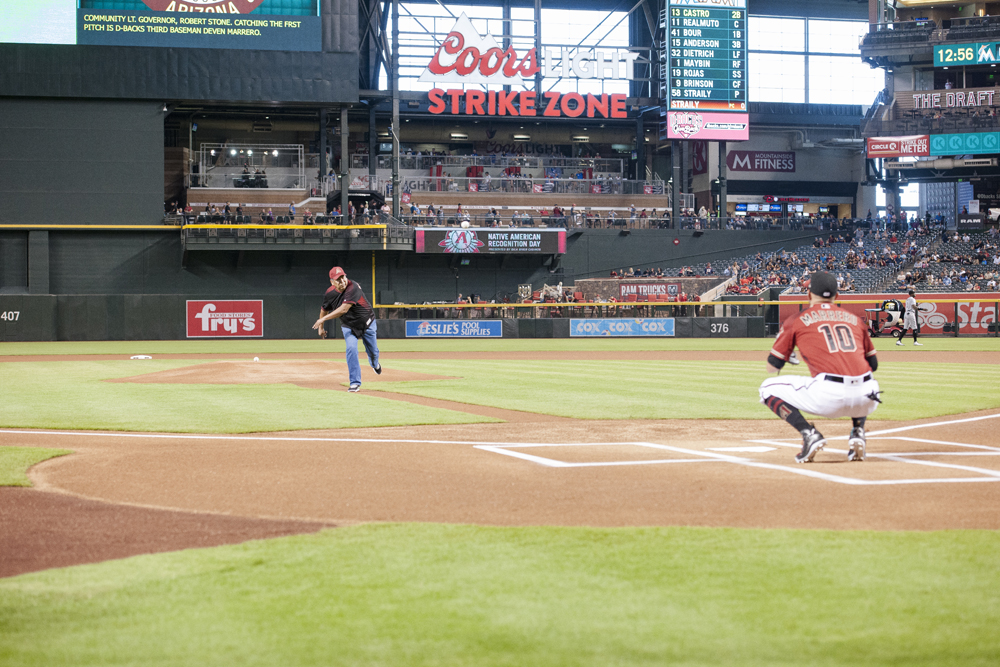 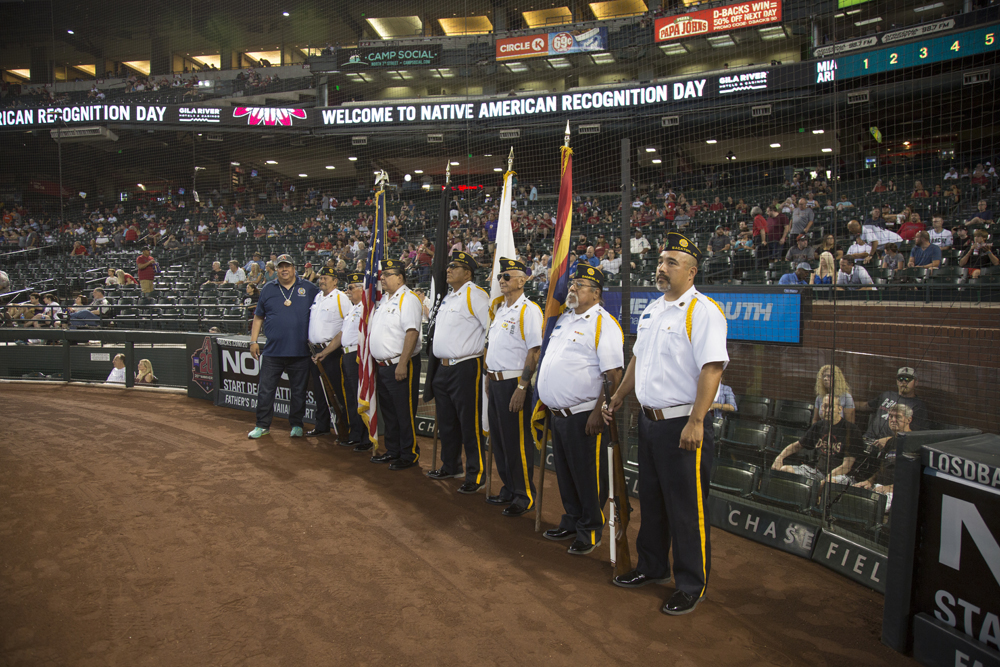 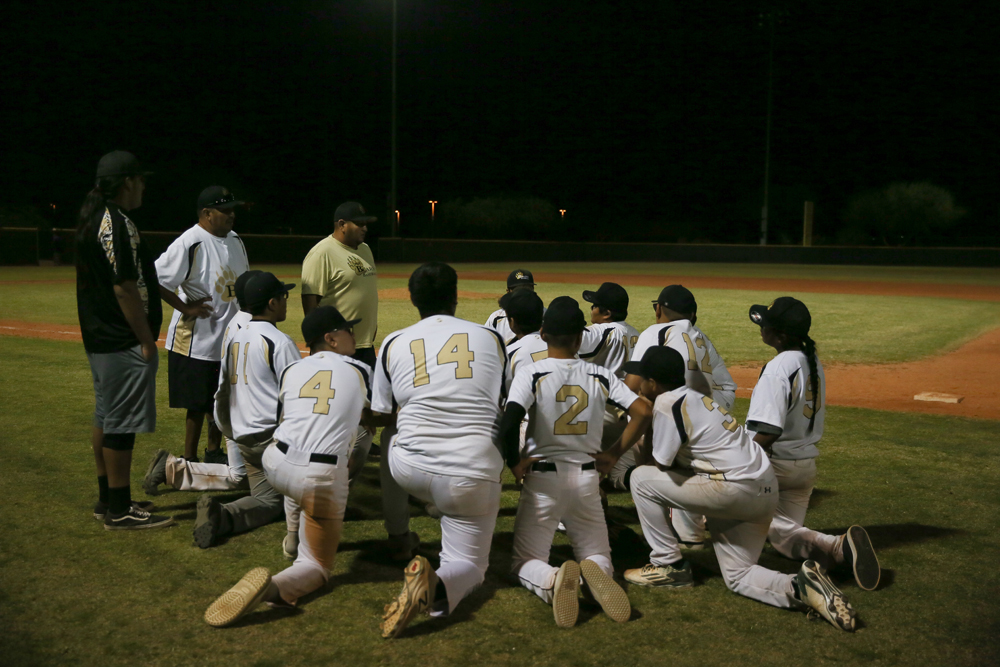 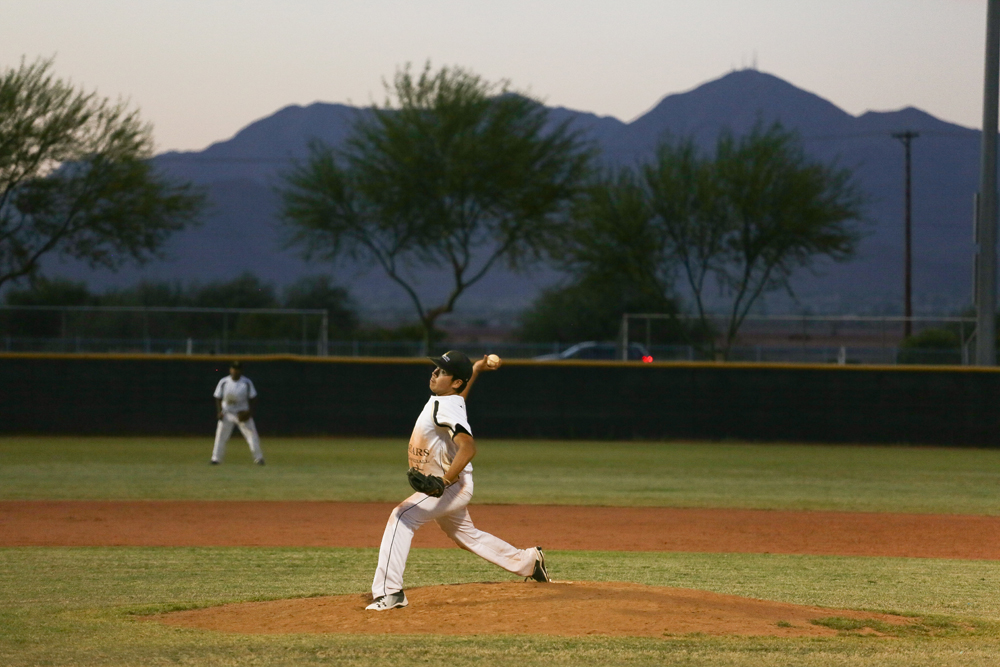