Perched on lawn chairs and truck beds, parade goers lined up the parade route, that stretched along Bluebird Road on March 10.

Many of the floats were decorated with Akimel O’otham themed designs from baskets to Vaptho that displayed the history of the people. Among the parade float designs, was the theme “Honoring Our History and Everyday Heroes.”

The theme paid tribute to the Community’s history, servicemen and women and public safety personnel, who protect and serve the people of GRIC.

Leading the parade was Grand Marshal and Veteran of the Year Alfred “Freddy” Reams and Elder of the Year Yvonne Stovall.

Gov. Lewis thanked all of the parade attendees and participants and said there is plenty of entertainment for families and visiting tribes at the MCT.

Tribal departments and schools, also represented how important the Community is committed to educating the future generations of members and how some of that is being taught today through math and science activities through the demonstration of drones.

Their floats would not be complete without a little help from each of the team’s mascots like Baxter the Bobcat, Big Red and Howler the Coyote.

After the parade finished, parade goers made their way to the fairgrounds to watch the rodeo and listen to chicken scratch bands jam out under the big tent.

Elsewhere the smell of corn dogs and kettle corn filled the air ringing in another exciting MCT weekend. 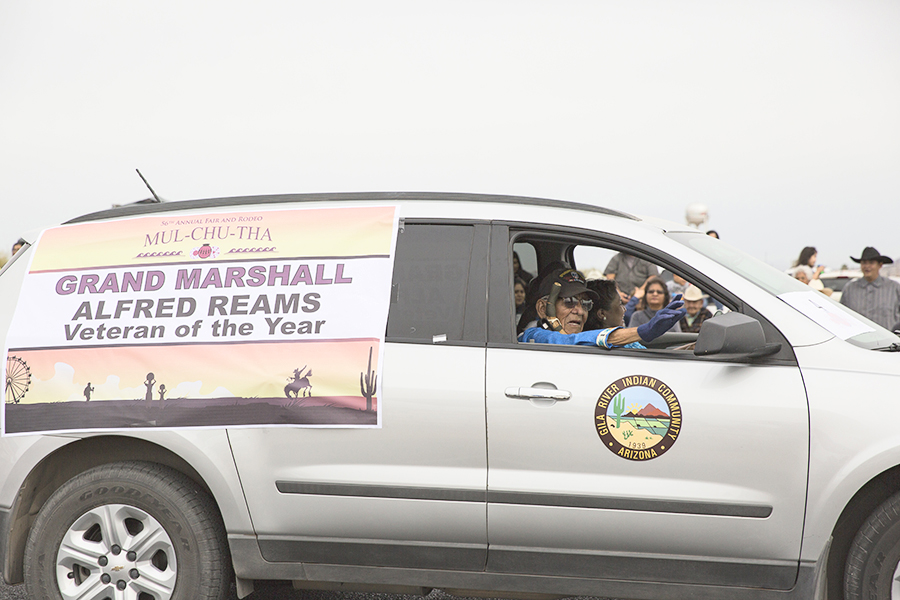 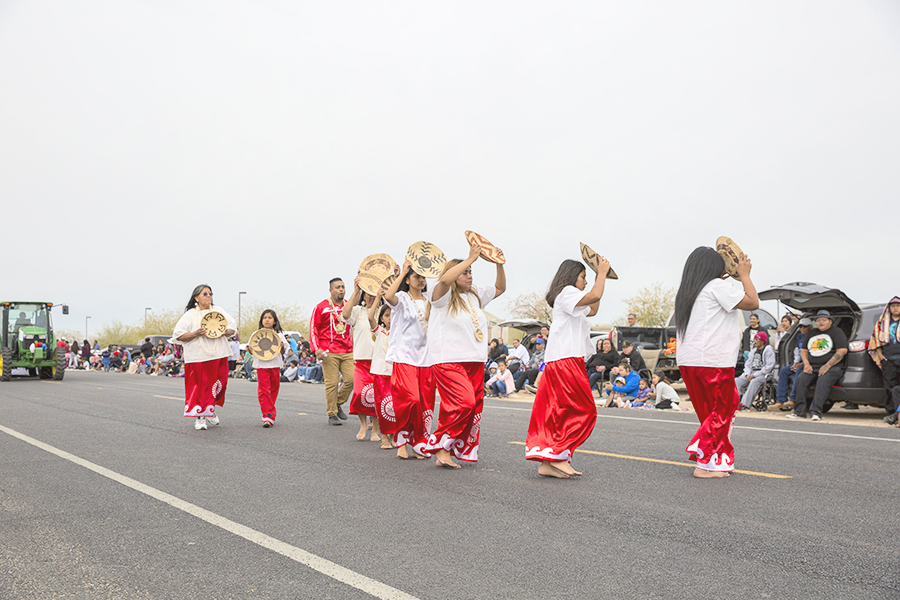 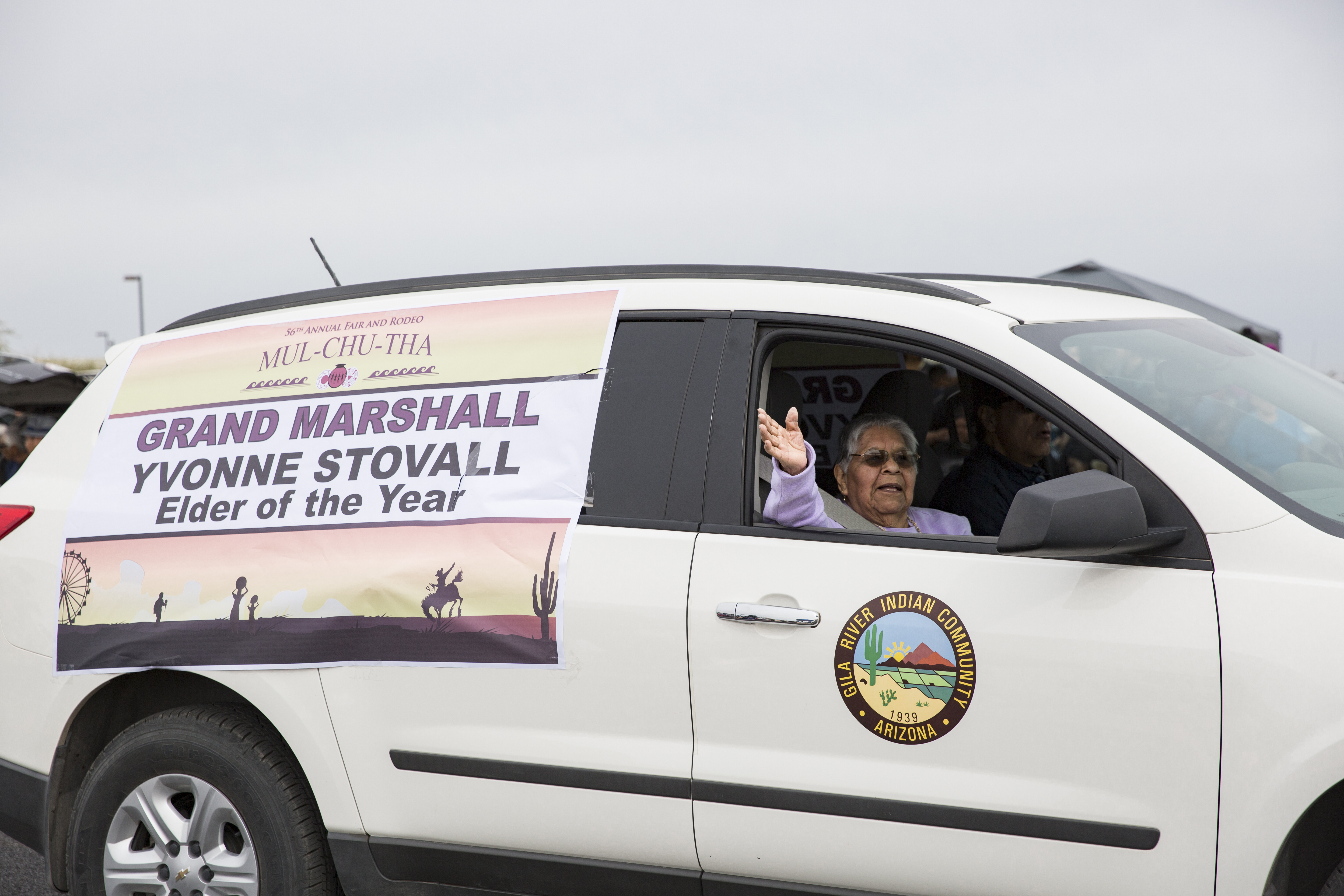 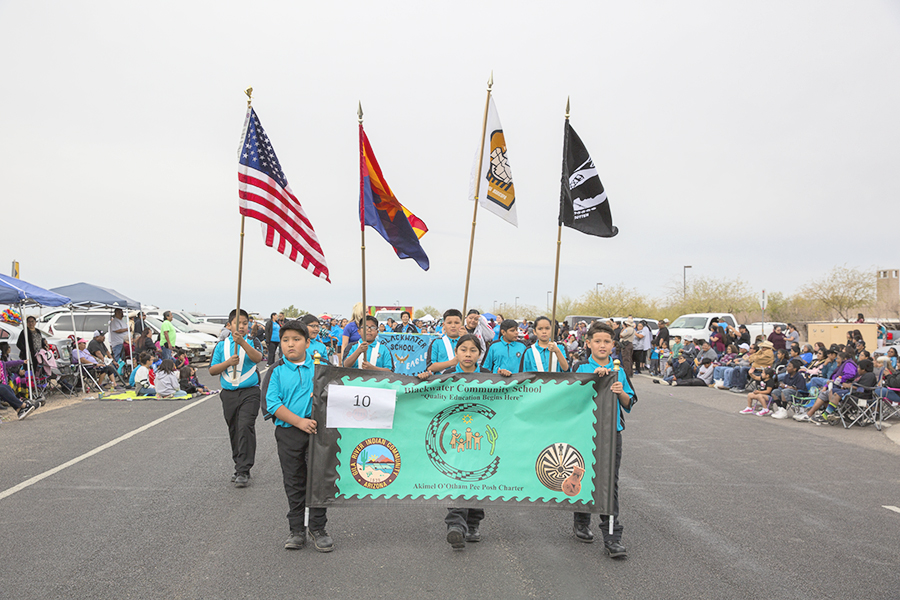 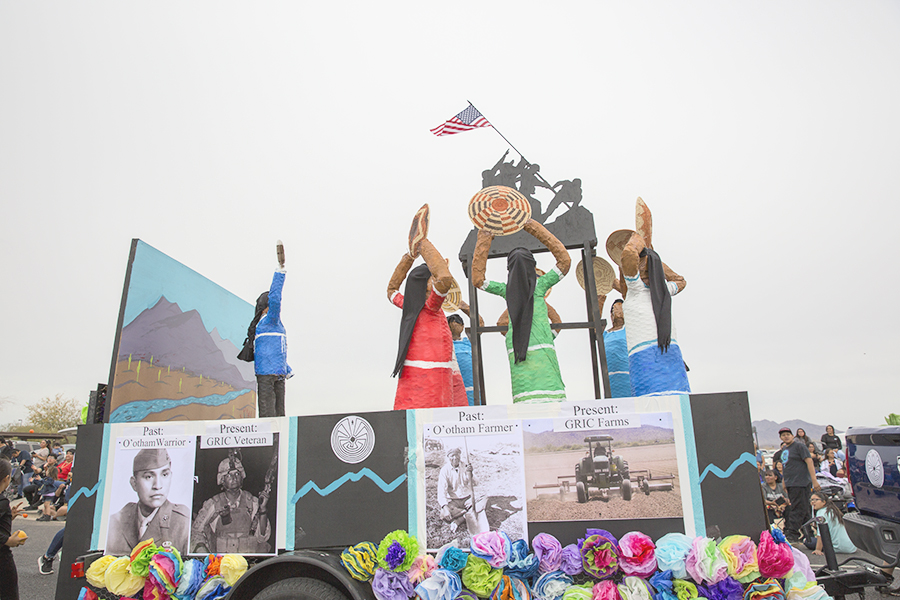