The Arizona Cardinals and Gila River Casinos partnered to provide a Cardinals Kid Camp in District 6 at the Boys and Girls Club on March 13. The initiative of the camp was “Play 60,” geared at having children play and exercise for at least 60 minutes a day.

On hand for the camp was former Arizona Cardinals player, Michael Bankston, along with mascot, Big Red, and a few cheerleaders.

The 80 children of all ages that attended participated in physical activities at five different stations during the morning. The stations were similar to regular football functions, with a lot of running and offensive/defensive skills, the stations are non-contact and feature skills like catching and throwing.

Emiliano Morondos, branch manager, said the event was well-organized and successful. The event was able to get the kids active for 60 minutes while having fun.

Following the physical activity, the children sat and listened to Bankston give a motivational speech about the importance of staying active each day, not bullying and education. A graduate of Sam Houston State University, Bankston said it was because of his education that he is still successful after his playing career ended. Following the talk, Bankston opened up the floor for a Q&A session.

He stated that football was a good platform for him to be in a position where he can speak to and encourage youth. He spent six season with the Cardinals during the 90s but finished his career with the Cincinnati Bengals in 2000.

After the Q&A session, each participant received a lunch box that was autographed by Bankston and Big Red. They also received a signed poster of the Arizona Cardinals cheerleaders.

“This is part of Gila River Casinos’ partnership with the Cardinals,” said Manny Hernandez, public relations coordinator. “We have the opportunity to bring Cardinals’ kids camp to Community members. We will have a couple more during the season and we will do them in the districts and try to get all of the kids out to these events.” 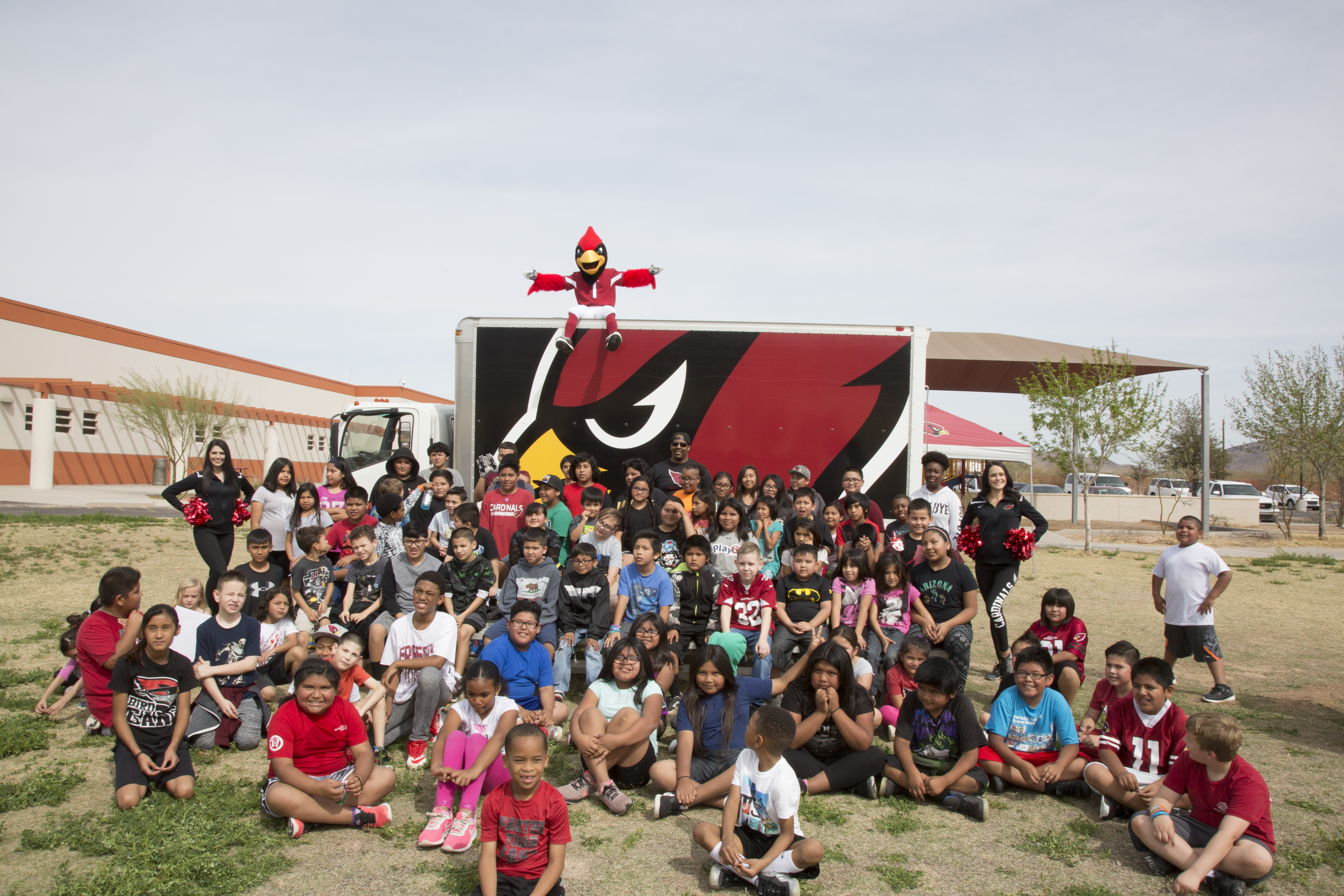 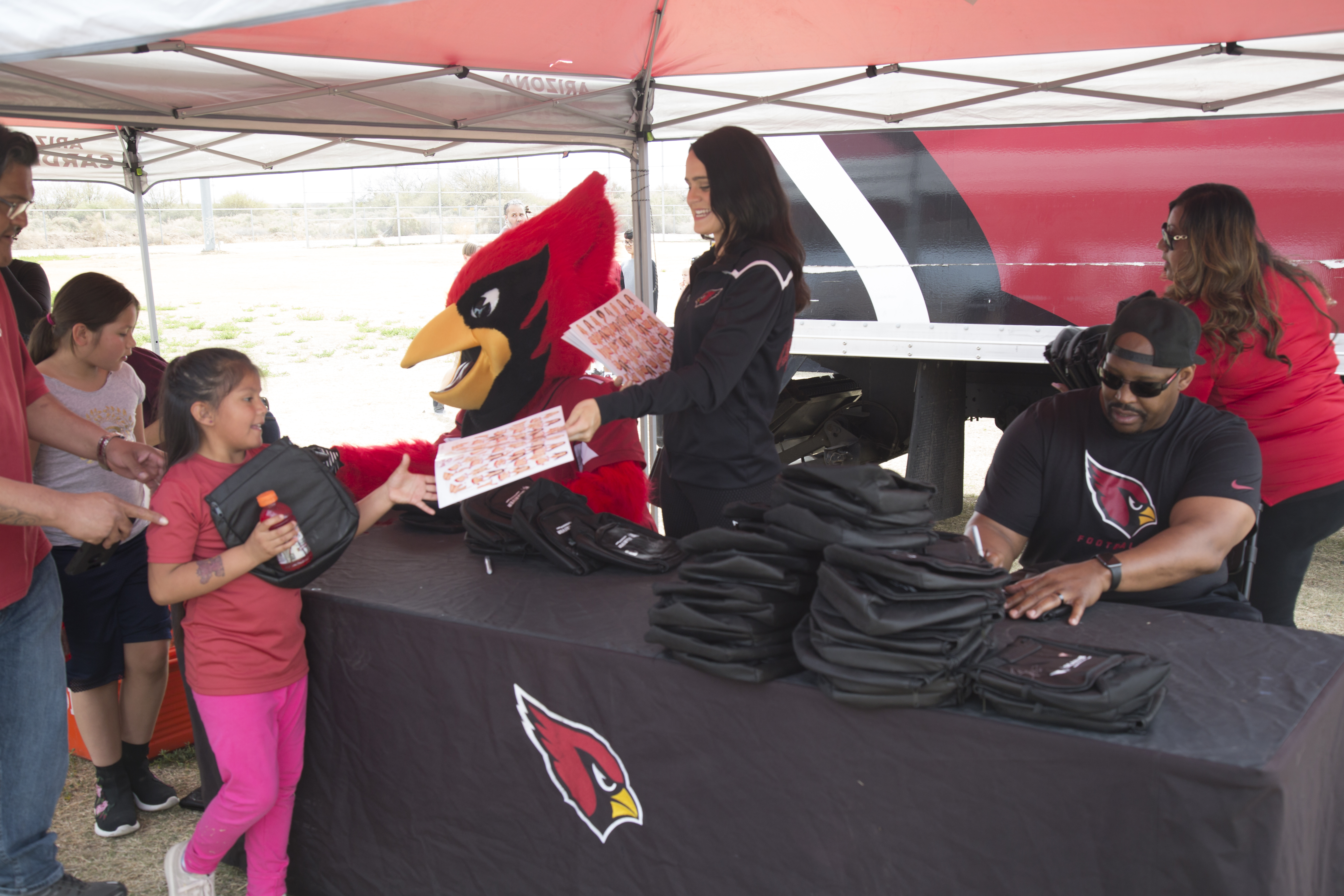