The Mul-Chu-Tha festivities started on Friday evening, March 9, with Community Day. A free barbecue was held for Community members along with presentations of awards.

A wood chopping contest, a frybread contest, the horseshoe tournament and the rodeo started off the Mul-Chu-Tha events before awards were handed out.

The Tribal Education Department presented awards to students who submitted art and wrote essays for this year’s theme, “Honoring our history everyday heroes.”

The Art/Essay competitions were broken into three different divisions based on grades. The divisions were 4th-5th grades, 6th-8th grades and 9th-12th grades.

Nyda Barajas (4th), Nathan Thompson (4th), Delicia Castro (7th), Alaina Santos (9th) and Gabriella Ordonez (10th) all finished in the top three for their grade divisions. Each of the top three were awarded various giftcards for their accomplishments.

Following the art and essay winners, the winner of Elder of the Year and Veteran of the Year were announced.

Alfred Reams was Veteran of the Year. He enlisted in the Army paratroopers in 1950 after the Korean Conflict. He was assigned to the 187th airborne infantry regimental combat team. He worked as a police officer and has worked within the Community in various positions.

“We have a living hero here,” said Gov. Lewis, presenting Reams with a Pendleton blanket called Grateful Nation. “He’s dedicated his life to his family, his country and to his Community, all of his life. We are a grateful Community to have him here and be able to recognize a Korean War veteran that served with distinction.”

Yvonne Stovall was Elder of the Year.

Stovall, 90, served 20-years as an x-ray technician in Ohio as well as being a veteran, serving in the U.S. Army. She currently serves the Gila River Indian Community Council of Elders. She is a leader and advocate for elder issues within the Community.

Gov. Lewis said that Stovall, “epitomizes everything great about our elders.”

“I’m glad to be here today and glad the good Lord has given me all of this time to be with my family and other people,” said Stovall. “I have a sign on my refrigerator that says ‘get up and move.’ If you need something, let me know and if I can’t get it for you, I will get somebody to do it for you. Thank you for being here and I love all of you.”

To end the evening, a coronation dance was held in honor of the newly crowned GRIC royalty court with O’odham Tradition Waila Band performing. 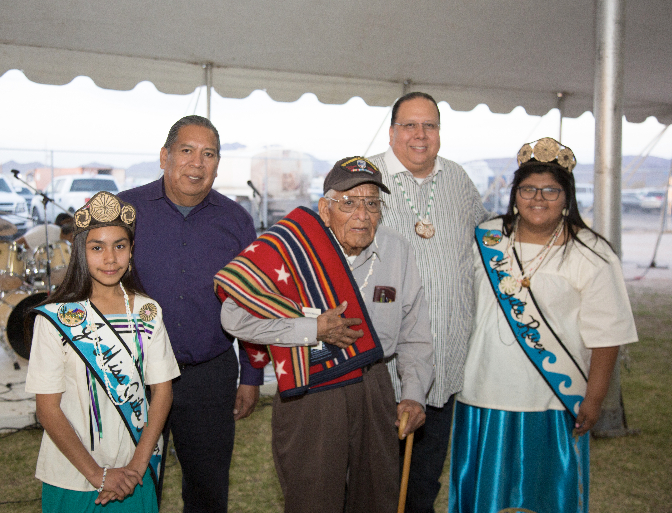 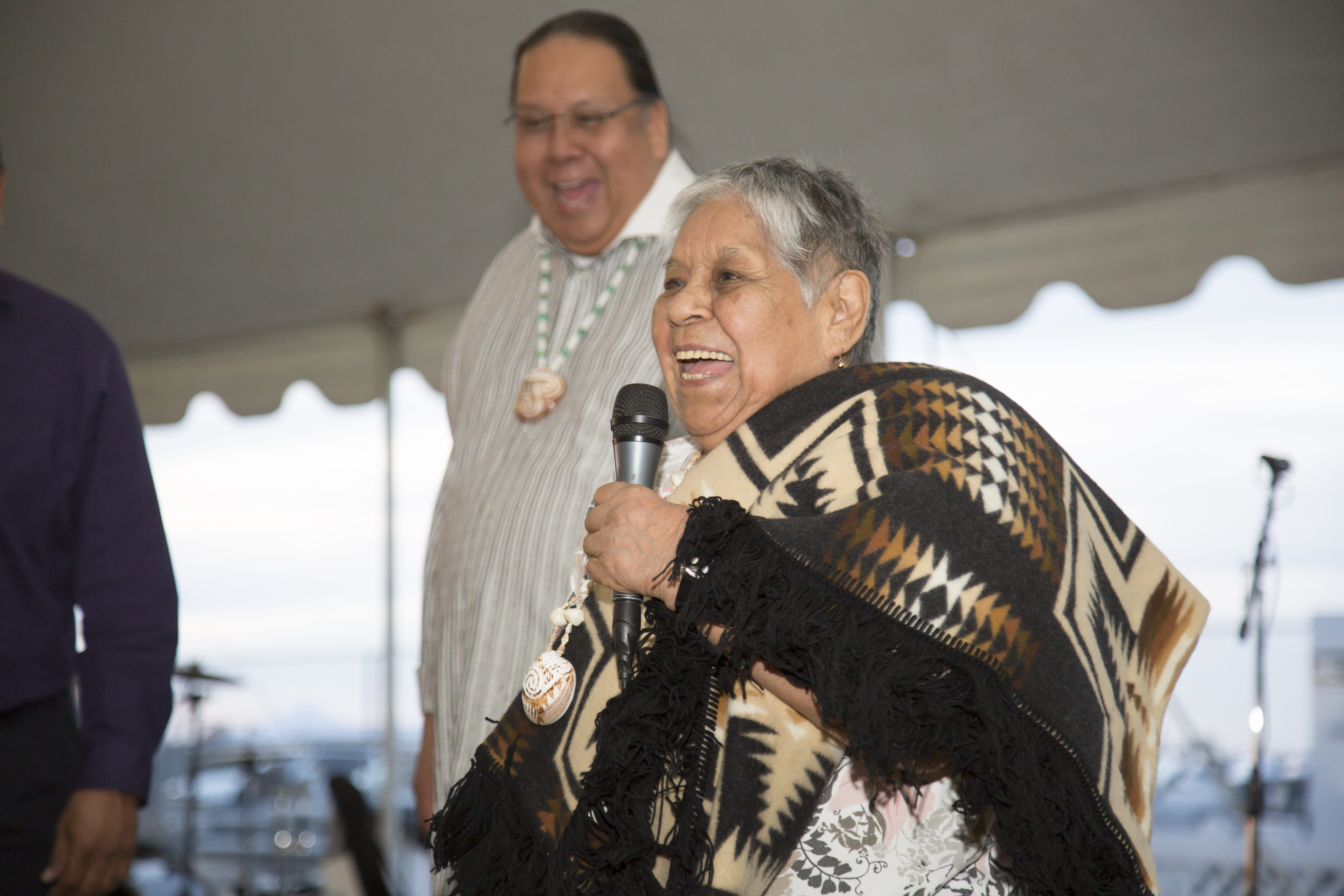 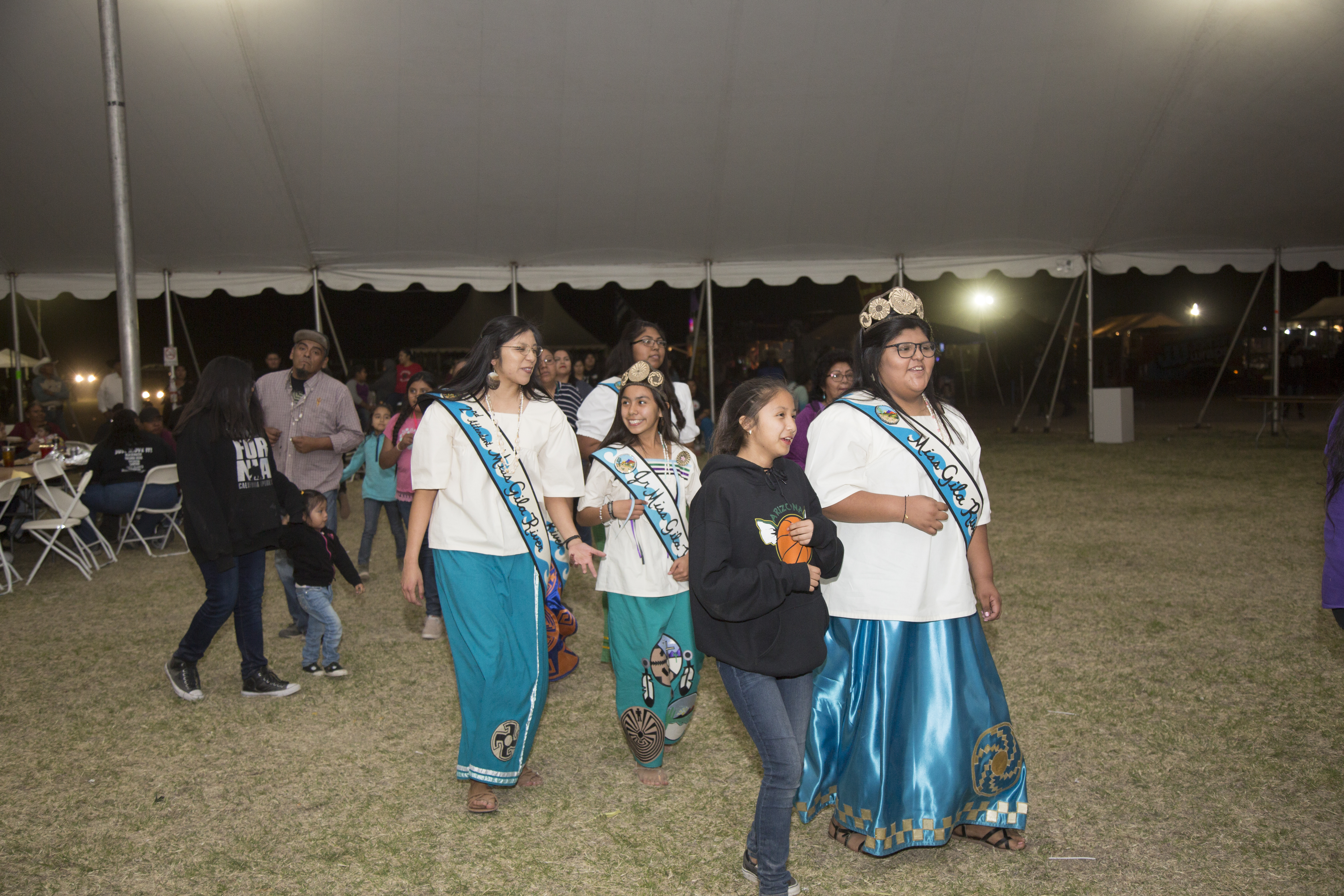