The Gila River Indian Community’s Fire Department held their 2018 Promotional Ceremony at the Anthony B. Shelde Building on Feb. 28. The ceremony was held in honor of Landon Scates, Adrian Hernandez, Phillip Lewis and Gabriel Rubalcaba.

Acting as master of ceremony was Deputy Chief Glenn Brown. The Gila River Fire Department’s Honor Guard posted the colors for the evening.

Fire Chief Thomas C. Knapp gave the welcoming address and the introductions of the many dignitaries in attendance, before welcoming the Keynote Speaker, GRIC’s Intergovernmental liaison Manuel J. Johnson.

“Tonight’s promotional ceremony is a rite of passage for those who stepped up to enter the arena of leadership,” said Johnson. “I want to extend a special recognition to the families that are here today. To those being promoted we say ‘congratulations and thank you’ for answering the call. We know that you have made many sacrifices... time away from your family and extra time studying and preparing for your leadership positions. You are a team who rely on one another to answer the call, day or night.”

Following Johnson was remarks made from Executive Office with both Gov. Stephen Roe Lewis and Lt. Gov. Robert Stone addressing the individuals.

“Whenever I come to a promotion or a swearing in for our first responders, I like to thank their families,” said Gov. Lewis. “I like to thank the spouses, the children for giving us your loved one, who brings it all and is dedicated to the safety that they do in their job, protecting our Community.”

Gov. Lewis also acknowledged the dedication and other sacrifices that the firefighters have made on their journeys to get where they are. Lt. Gov. Stone followed with words of encouragement.

After the addresses, a brief history of the GRFD was given as well as an explanation and meaning of the fire service symbols.

Followed by the presentation of the badges. 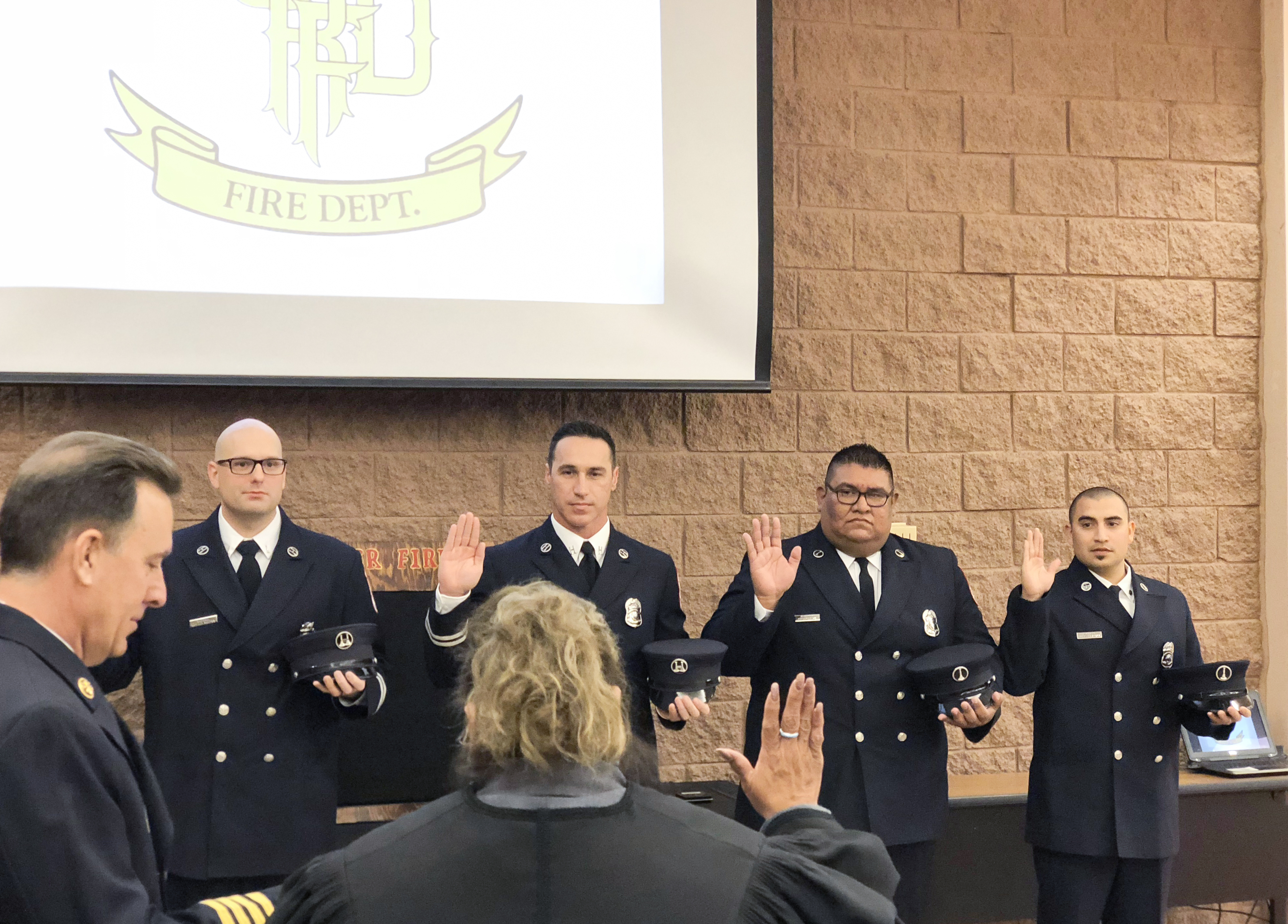