Five young ladies from throughout the Community vied for the title of Miss Gila River and Jr. Miss Gila River on Saturday, March 3, at the Boys and Girls Club of the East Valley—Sacaton Branch at the 55th Annual Gila River Royalty Pageant. The theme for this year was 55 Years of Cultivating Community and Culture.

Juan was crowned as the 2018 Jr. Miss Gila River. “I just want to thank you all and especially my family who supported me all the way,” said an emotional Juan, after being crowned. “I know we had some hard times but we got through together. I want to thank my friends for supporting me too, I couldn’t have done it without you. Thank you, Sister Martha and Sister Pam, for helping me, supporting me and believing in me.”

The evening was a display of their unique talents, modeling of traditional and business attire, and answering of impromptu questions. It was also a night to recognize and honor the outgoing royalty, Anissa Garcia and Haili Gonzales.

For talents, Juan demonstrated and discussed basket weaving, an art that she has been practicing since the age of four. Garcia sang a song about the ocean in O’otham.

In the Miss Gila River competition, Pasqual showed her photography skills and discussed her appreciation for scenic areas on the Community. Terrazas’ talent was demonstrating her American Sign Language proficiency while signing to a Disney song from the movie Moana. Cooper demonstrated a traditional swing dance.

Following the impromptu questions, the outgoing royalty, Garcia and Gonzales spoke to the crowd and reflected on their experiences over the year representing the Community and learning more about themselves.

They also gave a farewell walk around the venue in front of hundreds of guests. Once on stage, GRIC executive officials, Gov. Stephen Roe Lewis and Lt. Gov. Robert Stone, each spoke about the outgoing royalty and presented them with Pendleton blankets among other gifts.

At the conclusion of the program, Lt. Gov. Stone provided a traditional blessing and shared a tradition O’otham song. The spectators lined up eagerly for a receiving line to offer congratulations to the contestants, ending the night.

Various visiting Tribal Royalty from the sister tribes were in attendance, as well as Miss Indian Arizona, Mariah Sharpe. As well as many former Miss Gila Rivers from throughout the past. 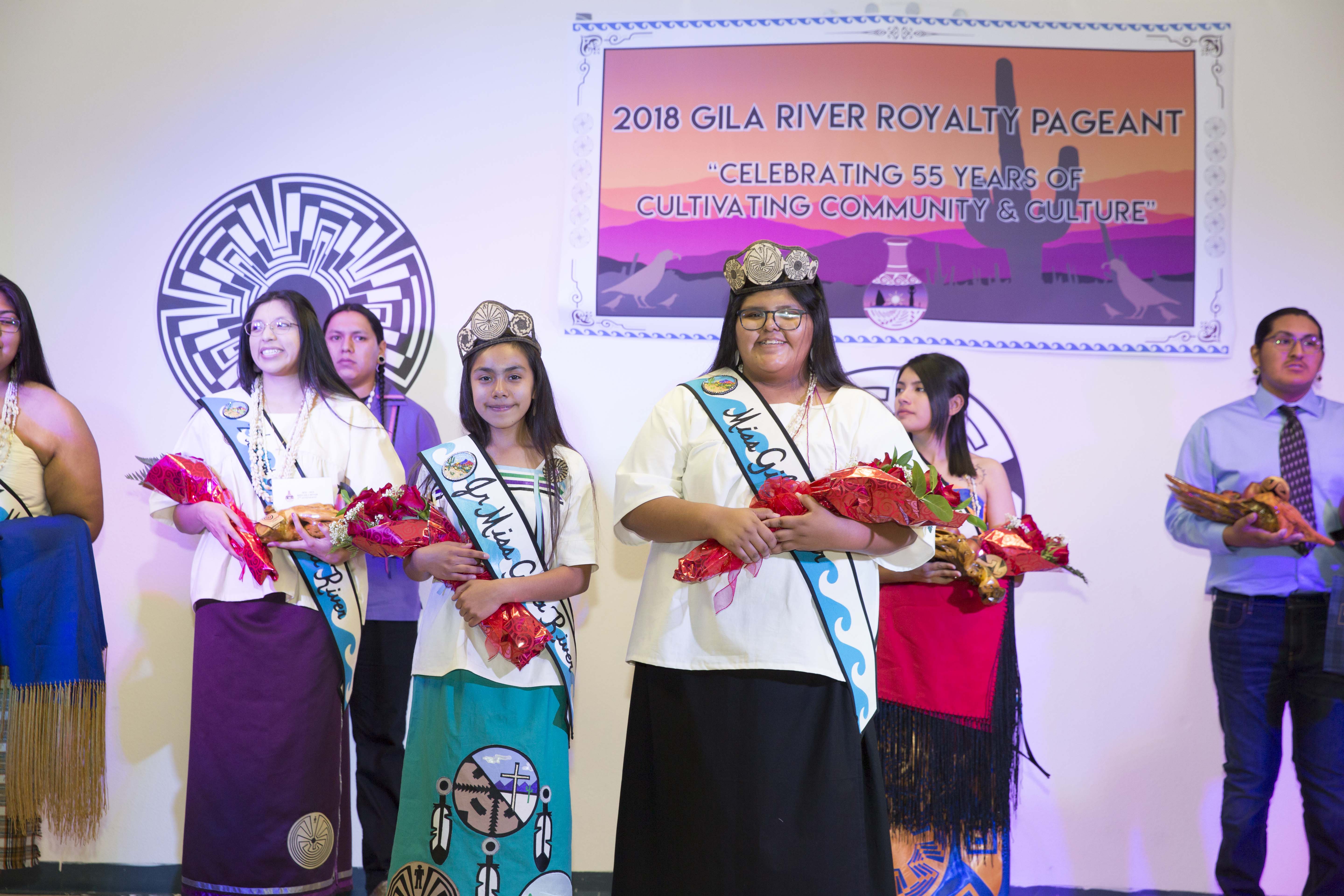 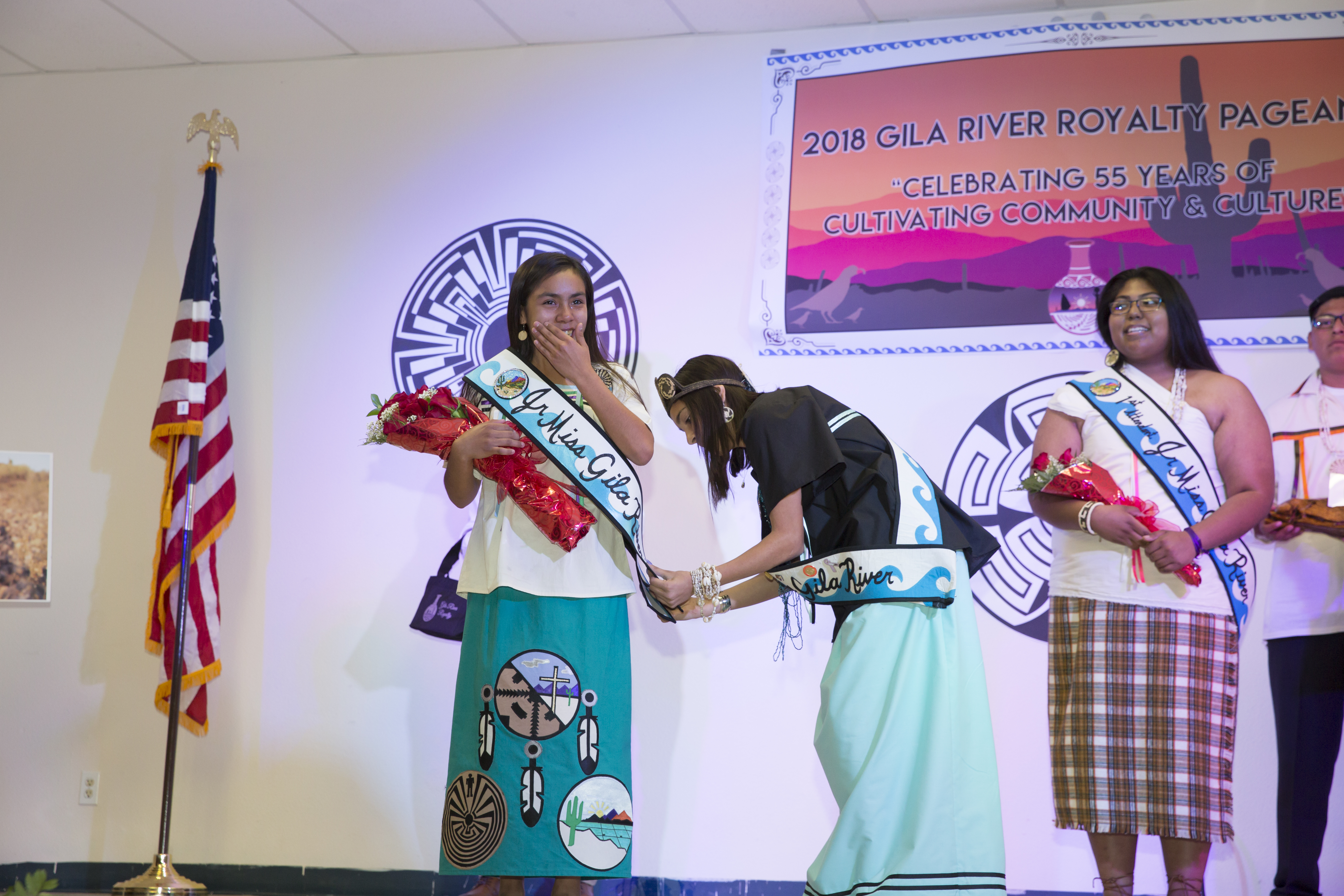 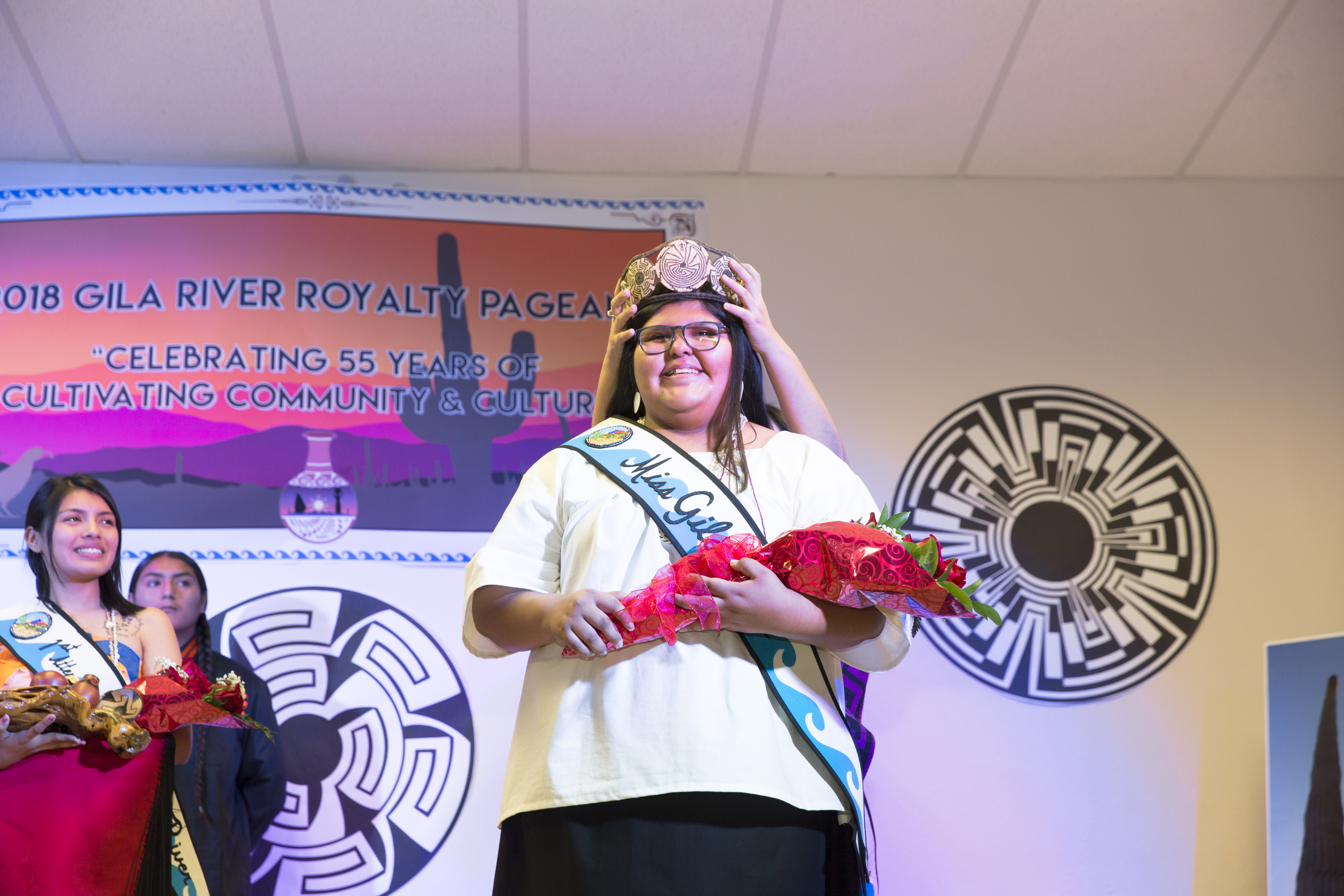