When it comes to raising money and providing grants for needy causes in Arizona, the Arizona Coyotes remain number one. The latest example of the Coyotes’ generosity came during the first period of their home game against the Edmonton Oilers at Gila River Arena on Feb. 17, when the Arizona Coyotes Foundation presented Casa Blanca Community School’s Robotics Club with a $5,000 check. Casa Blanca students, staff, board members and Gov. Stephen Roe Lewis accepted the check from Ahron Cohen, Chief Operating Officer, General Counsel & Alternate Governor, Arizona Coyotes and were filmed during the game in a special presentation. “We wanted to provide this check to really help [the Robotics Club] grow and give back to this great elementary school,” said Cohen.

The money will provide equipment and other materials for the club as the students learn basic programming and STEM skills. “We can enrich what we have and grow this program with the funding that we are receiving,” said Terri Marsoobian, gifted program teacher.

Several students attended the game in honor of the check presentation. “It’s such a joy to see [the students] have big smiles,” said Marsoobian.

FOX Sports Arizona aired a segment on the donation and featured the Robotics Program, which was filmed at Casa Blanca Community School and showed the 7-10 year-old students working with robots and computers.

Ira H. Hayes American Legion Post 84 participated in the opening ceremonies by posting the colors for the singing of the national anthem. 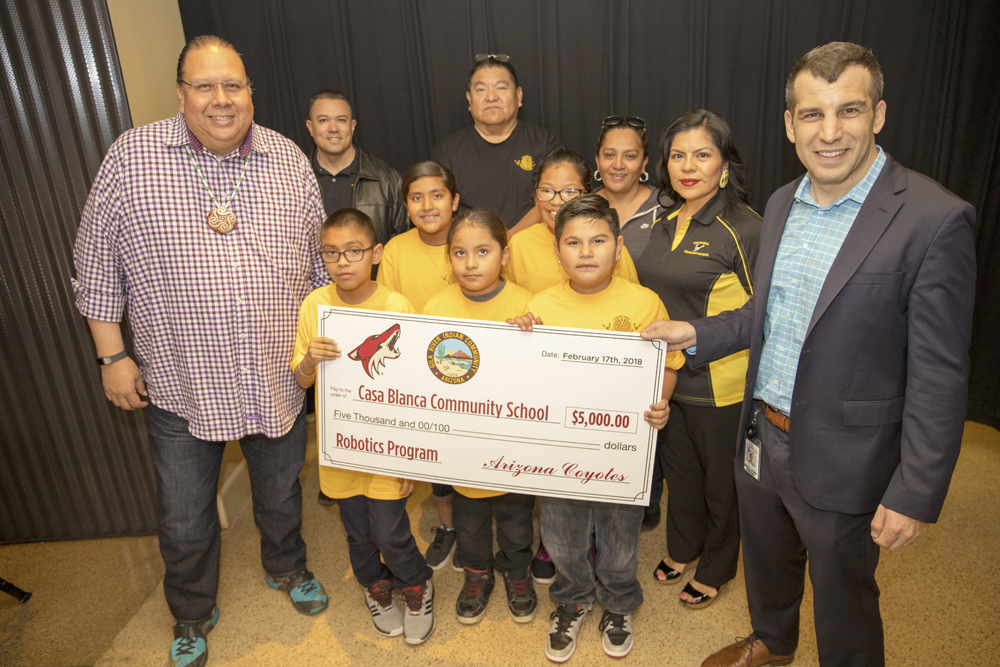