The Gila River Indian Community tribal council met with the Bureau of Indian Education on Feb. 22 to discuss the Gila Crossing School construction project as well as getting a tour of the current Gila Crossing Community School.

“This is incredible for the Community; we haven’t seen a new school constructed in decades and this is a real game changer for the education of our Community members, especially out here within the Gila Crossing School community,” said Gov. Stephen Roe Lewis. “We have a lot of students going to school off the reservation and it’s going to draw a lot of those students back because we are planning for a state-of-the-art school. A school for the future.”

On Thursday morning, officials from the BIE and tribal council took a walking tour of the Gila Crossing Community School. They visited kindergarten, first grade and third grade classes. They also saw first-hand the agricultural and cultural classes and curriculum that students are learning.

The agricultural class is very hands-on in addition to classroom learning, as well as incorporating cultural lessons into the agriculture lessons. In the cultural classes, Gila Crossing School, teaches both the O’otham and Pee Posh languages.

While on campus, they visited the school’s lone library that serves both school campuses.

The site visit was an important step in the process as it gave BIE officials a first-hand look at the current facilities, which are mostly modular buildings.

Gov. Lewis acknowledge the long wait period for tribal communities when it comes to school construction because lack of available federal funds. The Community will be taking a new streamline process that has never been used in Indian Country. That new process is currently being discussed with the BIE and details were not available but would speed up the process compared to waiting in the traditional manner.

Once the plan is finalized, it will be presented to Congress for approval.

If this new process is successful, Gov. Lewis said it could be implemented for a new school in the Casa Blanca community.

“Like I said in my inaugural speech, we are looking very aggressively moving forward starting to build in (fiscal year) ‘19 and hopefully have an 18-month schedule and to be complete by 2020,” said Gov. Lewis of a possible timeline.

The proposed future site is near the Komatke Health Center in D6. 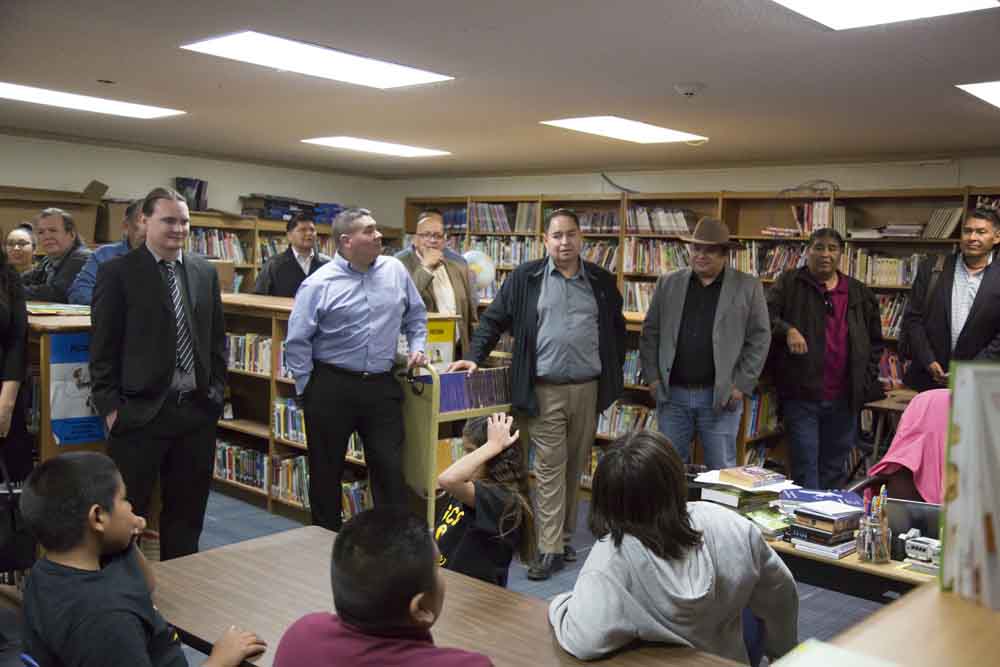