The Hawks flew away with a 78-65 victory and the state championship.

“I think my boys played hard, we are always undersized and undermanned, we are a six-man team,” said their head coach. “Our whole season, we’ve been able to come back and turn off and on. It came back to bite us, we were sitting back waiting to turn on and it didn’t turn on.”

After falling behind early, the Mustangs started to rally. Trailing 7-2, the Mustangs got within one point after Anthony Escalante scored on a fast break with 2:13 left in the opening quarter.

Ha:san responded with a basket but Michael Brown hit a jumper to keep the Mustangs within a single point. Another Escalante lay up just before the buzzer made it 13-12, with the Hawks leading after the first quarter.

Escalante hit a three-pointer to tie the game early in the second quarter and the two teams battled back and forth. Leading 29-27, Escalante scored on a breakaway layup and Francisco Castro added a pair of free throws for a 33-27 lead. After a Hawks’ basket, Skyline went on a 6-0 run with baskets from Malachi Case, Brown and Castro to open up a 39-29 lead with 1:21 left in the half. After a Brown basket, the Hawks managed to score twice before halftime to cut into the Mustangs’ lead, 41-34.

Ha:san came storming out of the gates to start the second half. They opened the second half on 9-0 run during the first three minutes to take a 43-41 lead. Castro ended Skyline’s drought with a layup to tie the game.

But from there it was all Ha:san, ending the quarter with another 9-0 run to take a commanding 52-43 lead into the fourth quarter.

Their lead grew to as much as 14-points as the Mustangs faded late in the fourth, cutting the lead to single digits with 33 seconds left in the game but not enough as the Hawks capitalized on free throws at the end. 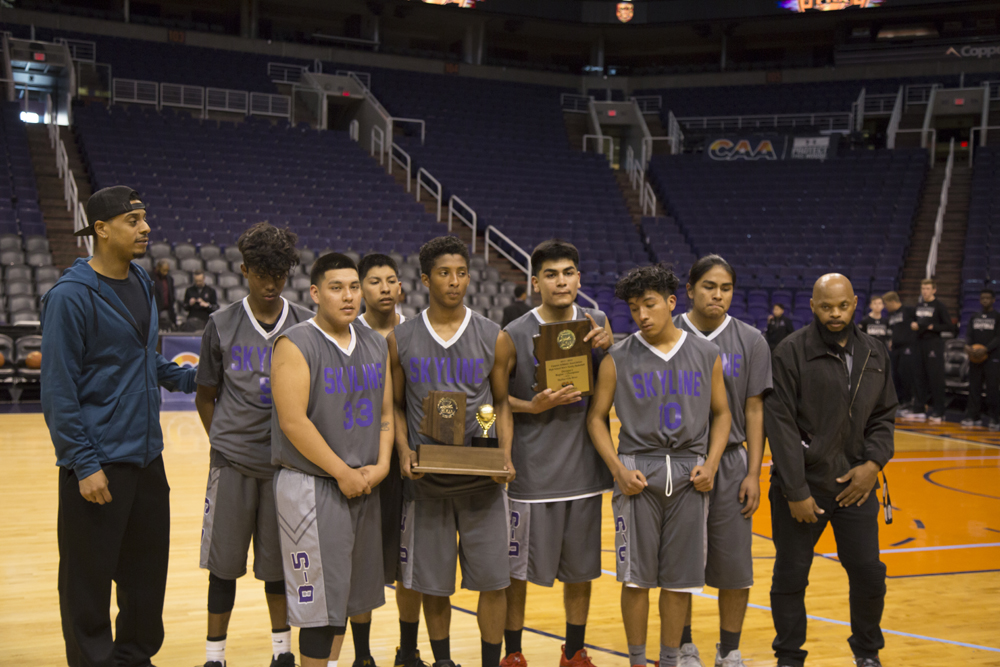 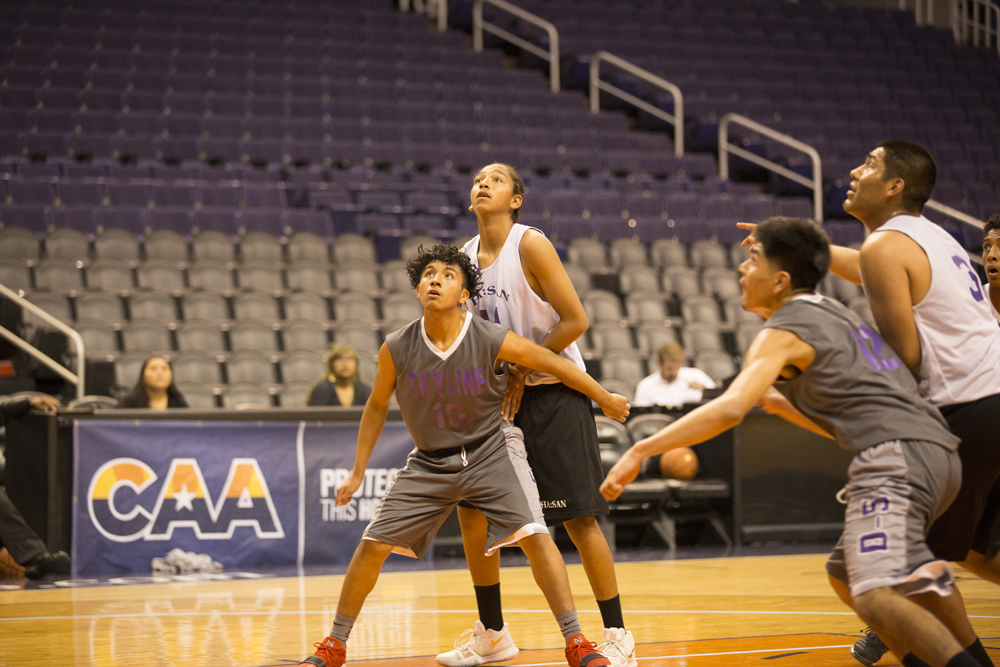 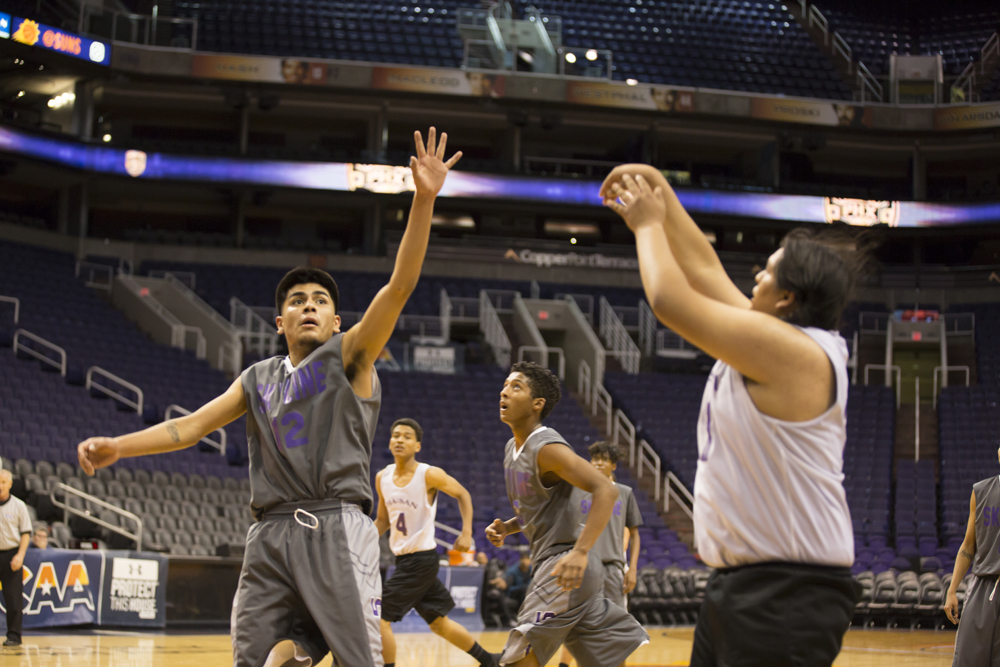 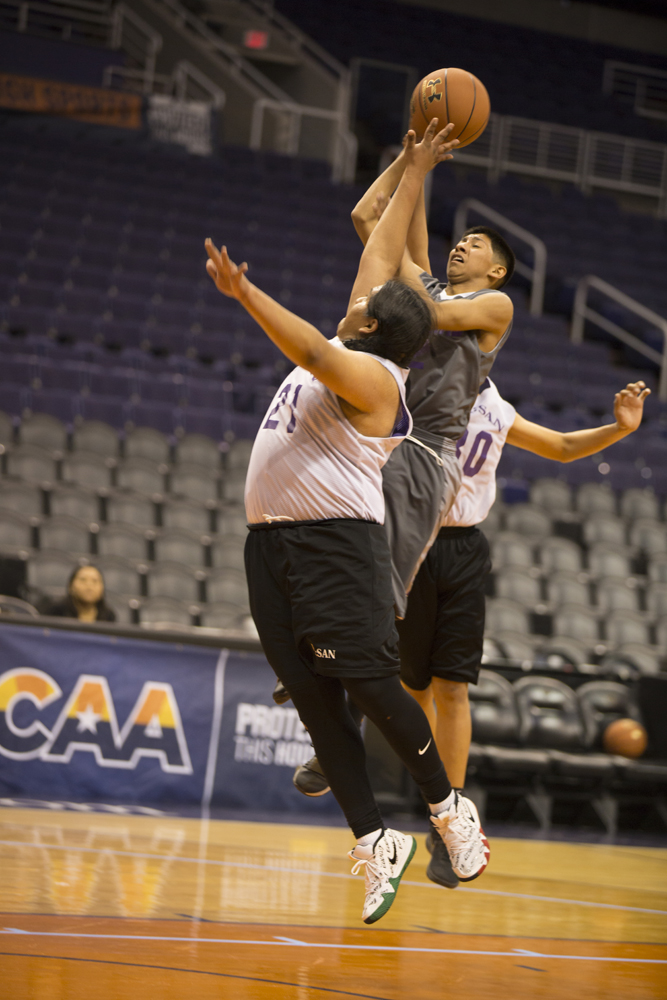