Congressman Ben Lujan recently toured Gila River Healthcare facilities to see how much they have grown in serving the Community and their Native neighbors nestled among the urban centers of the Valley.

When one thinks of tribal sovereignty, it evokes thoughts of taking one’s own initiative to address the needs of its members and acting upon them.

New Mexico Congressman Ben Ray Lujan (D-NM 3rd District), visited the Community to tour the GRHC facilities to get a first-hand perspective on how GRIC is managing its own healthcare on Feb. 20.

Lujan said he was amazed at the amount of infrastructure the Community has built around healthcare and the comprehensive services that are offered to their patients.

Gov. Stephen Roe Lewis talked about the visit by Lujan and his support for tribal communities that are taking on their own healthcare.

“He has been a really great advocate to the community,” said Lewis, “He sits on the House Energy and Commerce committee, that deals with communications and utility issues.”

Lujan’s list of work includes issues relating to the Affordable Health Care Act, the environment and education, for the citizens of New Mexico and across the country.

On this visit, Lewis gave Lujan a brief show of the new GRHC Red Tail Hawk Health Center that he said, is in the final stages of construction and should be opening this year.

Lewis said many of the Community’s traditional elements have been incorporated into the buildings appearance and name, which in O’otham means, Hau’pal for Red Tail Hawk.

Lewis said, “Lujan is on the healthcare sub-committee that deals with these issues and advocates for them on behalf of Indian Country.”

The tour led Lujan to the Viola Johnson Administrative building in Sacaton, where he was introduced to the GRHC board of directors and Chief Executive Officer Scott Gemberling, including medical directors, provided insight into their area of patient care.

Gemberling described the various departments housed in the Huhukam Memorial Hospital and the expansion of the outpatient entrance that is undergoing a facelift.

After the tour, Lujan said, “I am impressed by the comprehensive services and capable facilities that are available to the Community…we’ve always seen how Gila River has led by example in inspiring other tribal communities across the country, by delivering [these] services to the Community and its members.” 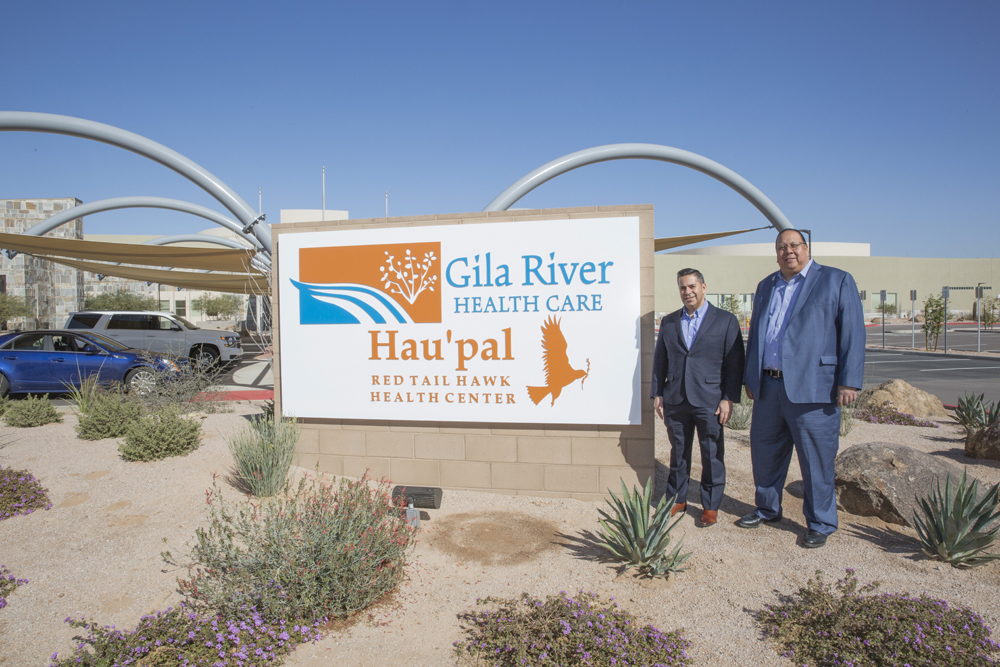 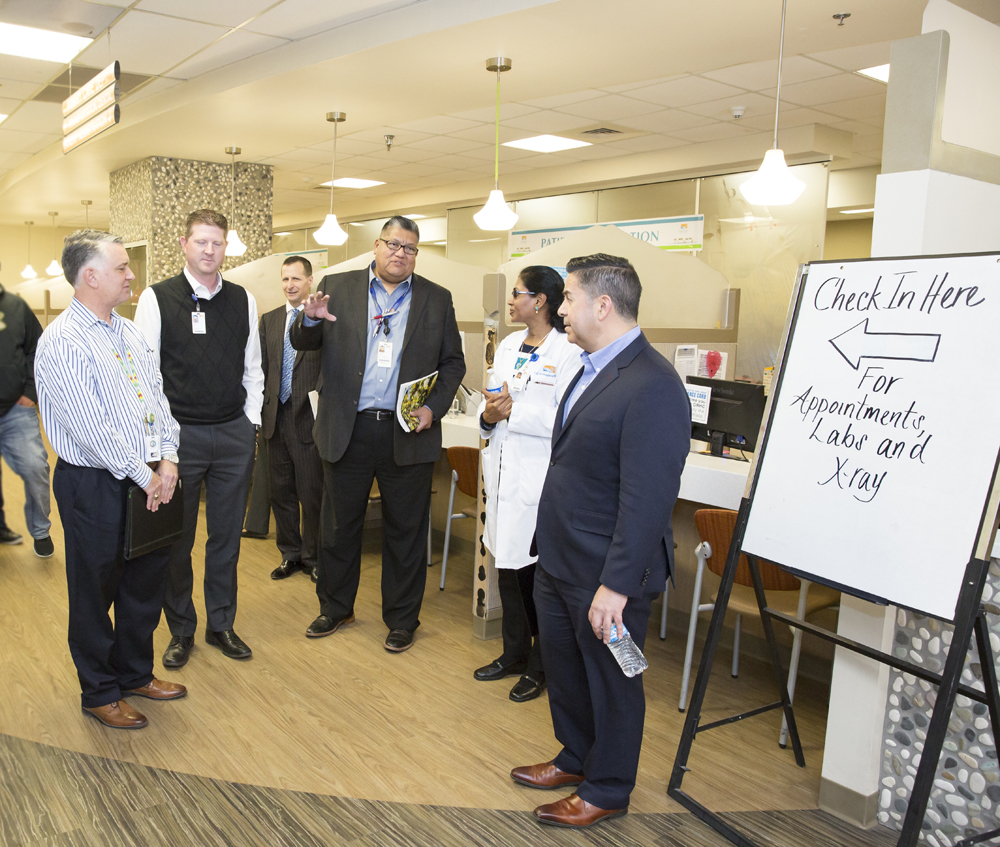