Gov. Stephen Roe Lewis spoke at the Heard Museum along with Congressman Ruben Gallego (AZ-7) and Eric Swalwell (CA-15) to talk about the needs of youth in Indian Country at the Future Forum on Feb. 9.

The Future Forum is a collaborative effort led by a listening team of House Democrats, such as, Stephanie Murphy (FL-07), Seth Moulton (MA-06), including Gallego and Swalwell.

The meeting was hosted in collaboration with the Inter-Tribal Council of Arizona, House Democrats and tribal leaders from around the state of Arizona.

The idea of the forum is to of invite youth from Native communities to discuss what issues affect them.

Lewis said, Arizona is Indian Country, “We have such a strong and long-standing history of tribal nations and governments that have fought for important causes such as, water rights, lands issues and voting.”

He said it is important to have adequate representation in all facets of government and how that impacts tribal members, like the youth.

“Issues such as representation, getting our youth involved is important,” said Lewis, “We hold a responsibility as dual citizens of our tribal communities, Arizona and the United States.”

Gallego, said the future forum is about reaching out to youth from all over the country, that includes members of tribes as well.

He said being part of the Future Forum is about creating diversity and including people of all races into the conversation.

Of those topics discussed was the responsibility of members of Congress to be the voice of those from rural areas of the legislative districts they represent, which may include tribal communities.

“So, my goal here is to listen. We will be traveling to different states and take what we learn and transform that into legislation and policy actions,” said Gallego.

Swalwell shared Gallego’s thoughts, saying it was important to hear from the youth of America, who share aspirations of going to college and making a difference in their community.

He spoke about the unique nature of tribal communities and how tribal members everywhere have dreams of achieving great things against the backdrop of a growing economy.

“The understanding is that the economy is changing pretty fast, education is getting more and more expensive,” said Swalwell.

He said in order to address the issues youth face with succeeding in this country is to meet with them in a candid and honest discussion, which he feels is the most effective way of communicating the issues.

On hand to discuss issues among the youth in his community was Vice President of the Akimel O’odham Pee-Posh Youth Council Angel Raynaldo Ortiz, age 17.

Ortiz spoke on the issue of teen suicide that has affected young Community members in recent years.

“The issues that we have today and that we had for years on the Community is suicide,” said Ortiz, “Now we are focusing more on suicide awareness. Just recently I went to a wake and funeral for a young man, who took his own life.”

He said, as a youth and being part of the AOPPYC, provides opportunities to be involved in addressing the issues that are close to home.

He said there is a need for more services committed to addressing behavioral health issues with suicide and domestic violence, as he stated have a causal relationship, and recommended the addition for more behavioral health professionals working in the Community.

“In my community, I believe we can create a better future for our children, as teens, even though it sometimes falls on the adults,” said Lopez.

Lopez said through the past year, they have tried to bring more substance abuse education to the youth for them to learn about the dangerous effects drugs have on the body and mind.

“It’s a really bad place for the younger kids to grow up in to be exposed to drugs, it’s not a good way for them to learn about the effects of drugs,” she said.

Arizona State University Political Science and Indian Studies Freshman Daniel Lewis, said opportunities for the youth to be more familiar with the political process and how it can help individuals his age to advocate around these issues of behavioral health and drug abuse is an important need.

“I think we need to create some form of studies in the local universities that educate [us], as native students, on how to make those connections on many issues with the people that are in positions of change,” said Daniel.

Lewis, said that it is issues like what the youth have shared that are the result of not having opportunities in their communities that leads them towards destructive behavior.

“Within Indian Country we need more interventions to break the pipeline of our next generation going to prison and instead having an education pipeline to college,” said Lewis, “When we see the youth getting involved in drug abuse, alcohol and social problems, and gangs…those crimes committed on an Indian reservation are federal crimes.”

Lewis said by being proactive in creating opportunities on reservations gives them hope and allows them to think in a positive way that shows they have a voice and a future. 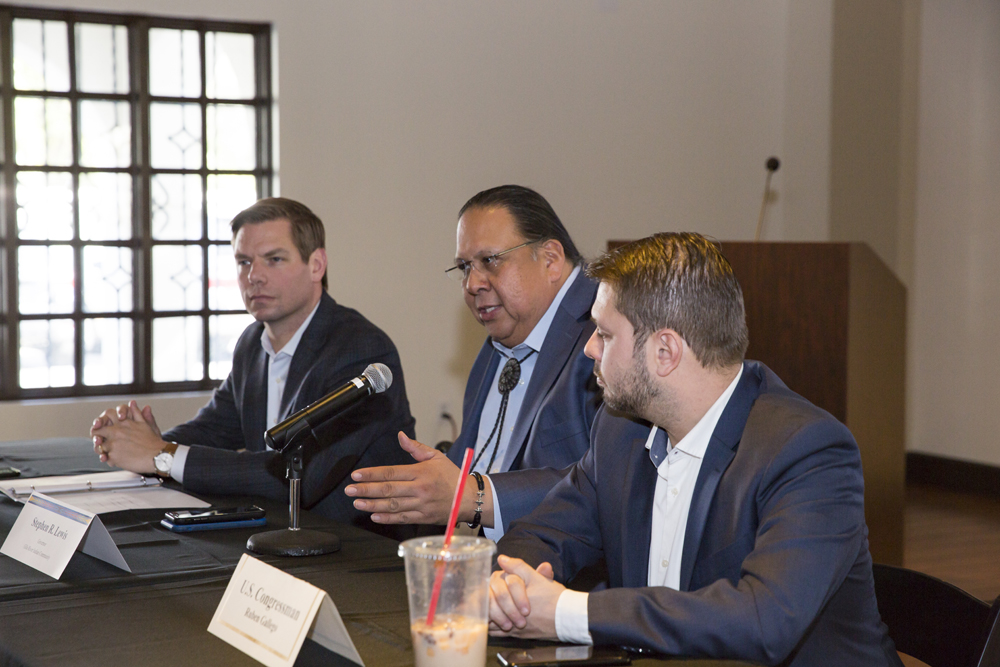 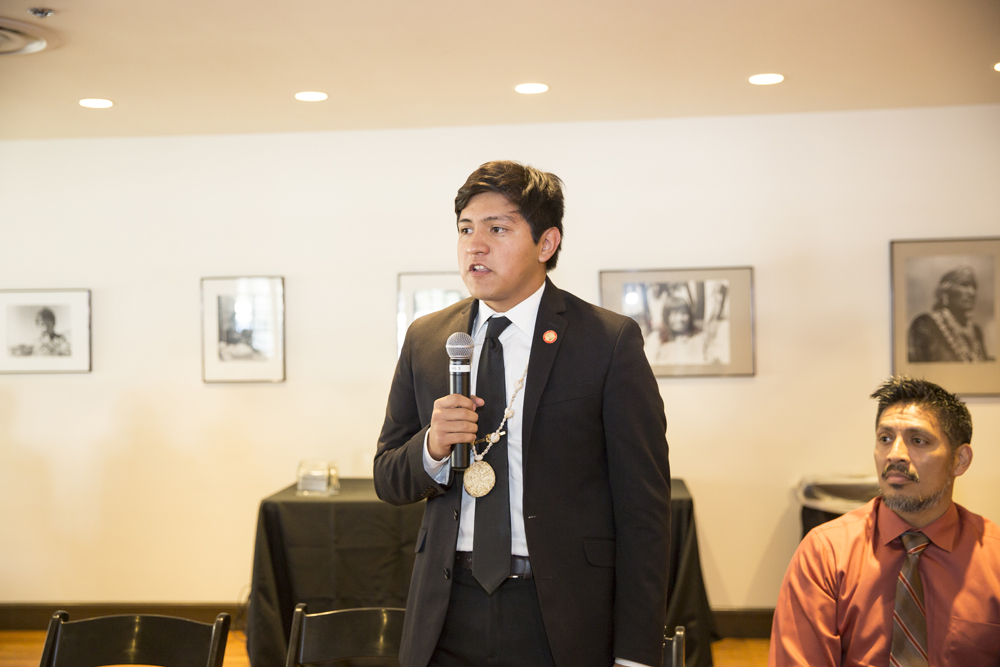