District 6 stakeholders and tribal leaders hosted a meeting to talk about the future of education in the west end of the Gila River Indian Community.

Community council representatives from District 6 and 7 met with the public to talk about the Gila Crossing School design project.

The project is a first of its kind for sovereign tribal communities, looking to build an education facility of their own, because the Community will be using its own funds to back the initiative without relying on the Bureau of Indian Education.

JCJ Architecture firm and the Community are working together to reach out to the members from the Districts 6 and 7 to receive feedback on the new school.

He said, “This has never been done before in Indian Country, so the administration and congress are very interested in seeing the success of this construction model, so it can be replicated with tribal communities across the country.”

The Community is taking this approach out of timeliness to address the concerns stakeholders have had over the state of the current school and the need to have a new one built to replace it.

Governor Stephen Roe Lewis said, “This is going to be a cutting-edge school that probably doesn’t exist in Indian Country today and is on par with the best schools off the Community…that’s what the children deserve, that’s what our future deserves.”

He said the input on what the school will look like and what it will provide in terms of facilities and educational offerings, was provided in part by the Community leadership, the Gila Crossing School staff and students.

JCJ Architecture is leading the designing of the school under the direction of tribal leaders and GCCS students, faculty and staff.

JCJ group is known for projects in education, hotels, gaming and public infrastructure across the country.

The team is led by Principal/Chief Architectural Officer Jim LaPosta, Jr. who was present to give an overview of the three-day work session and project.

He said the team is working on a fast-paced schedule to deliver the final design of the school in a timely manner.

LaPosta said the driving force behind the design process of the school came from the surrounding area and rich cultural history and the input provided by the school.

Although an exact start and completion date has not been finalized, the work is underway to design and build a new school in the west end of the Community. 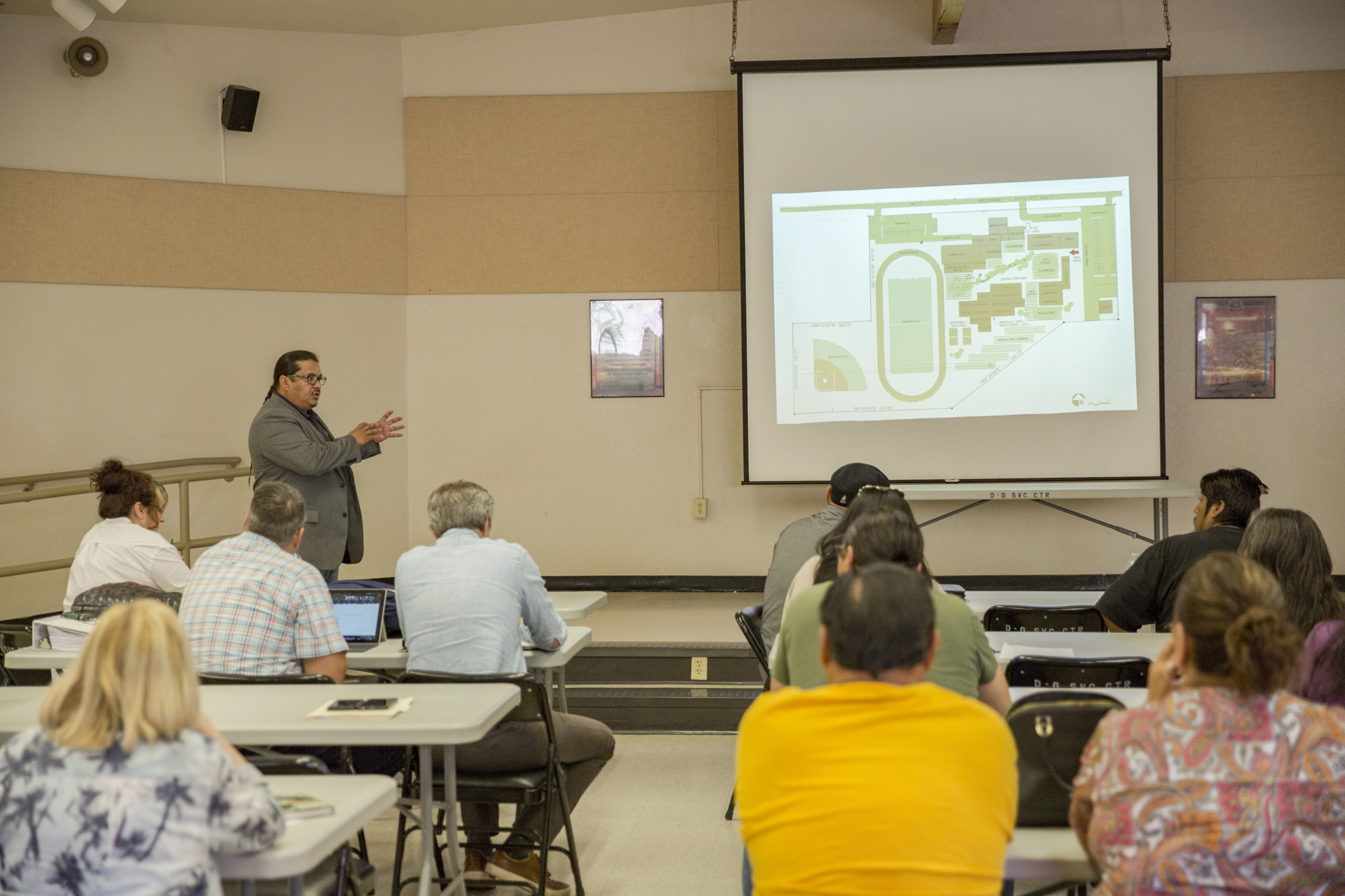 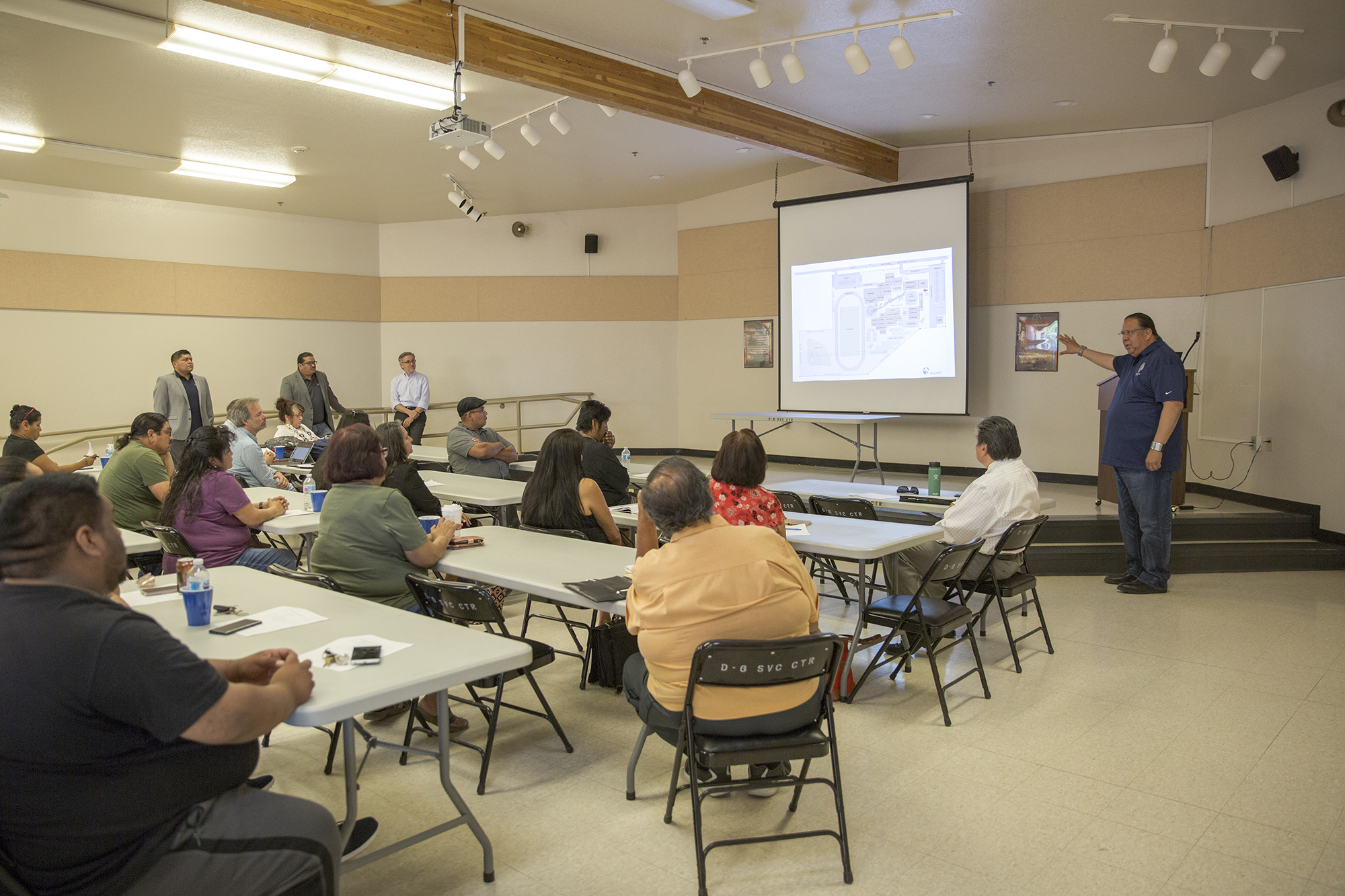 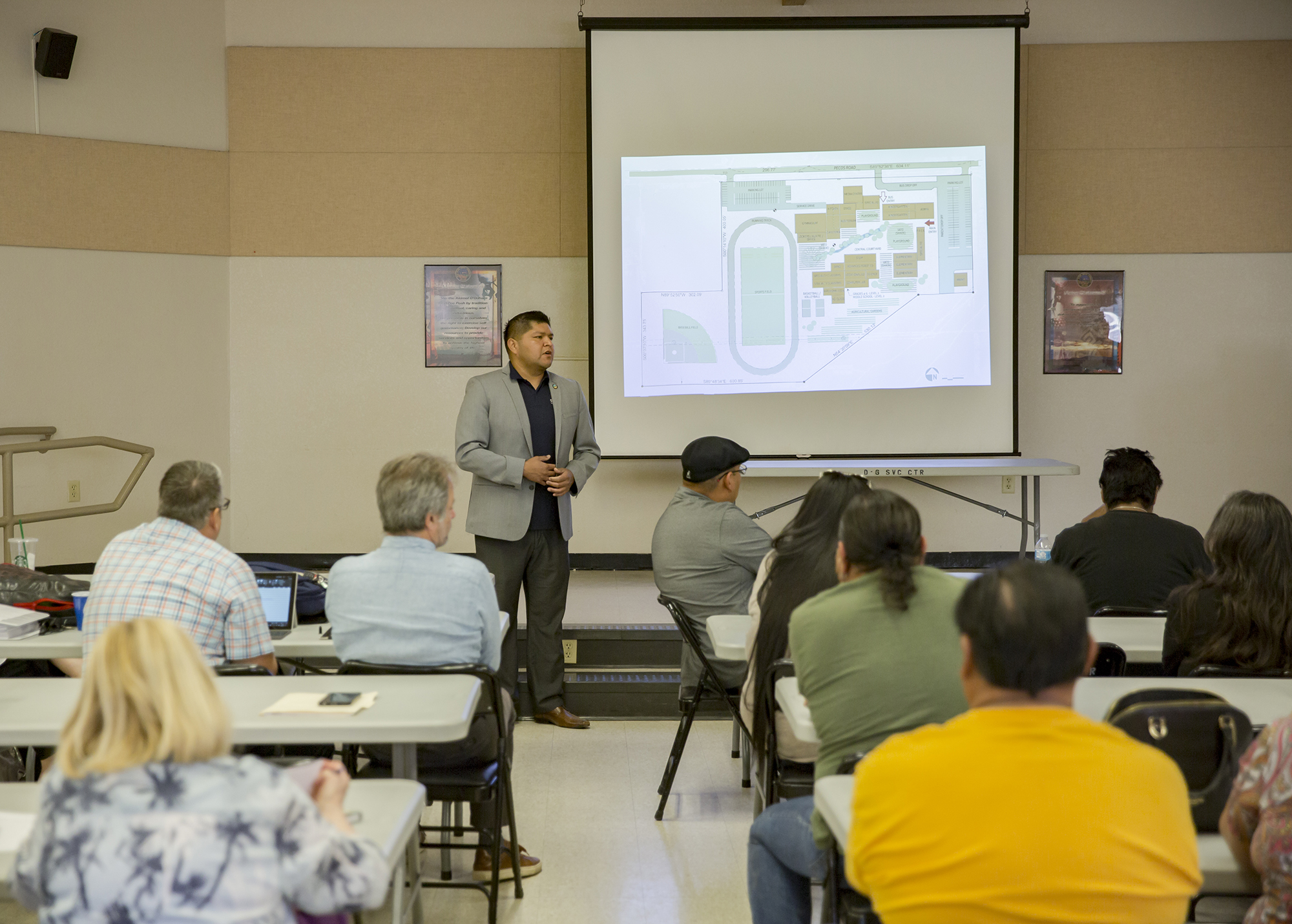 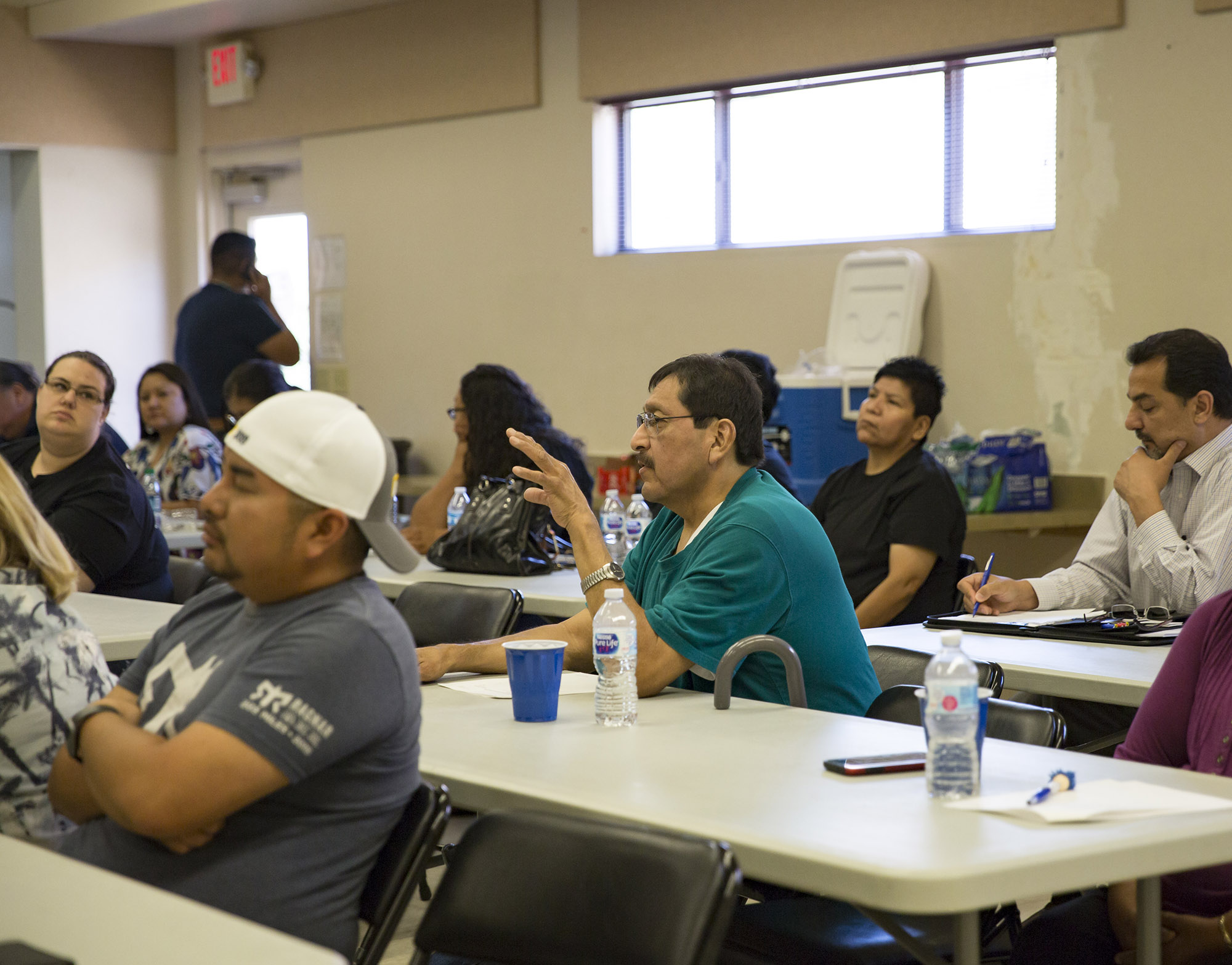 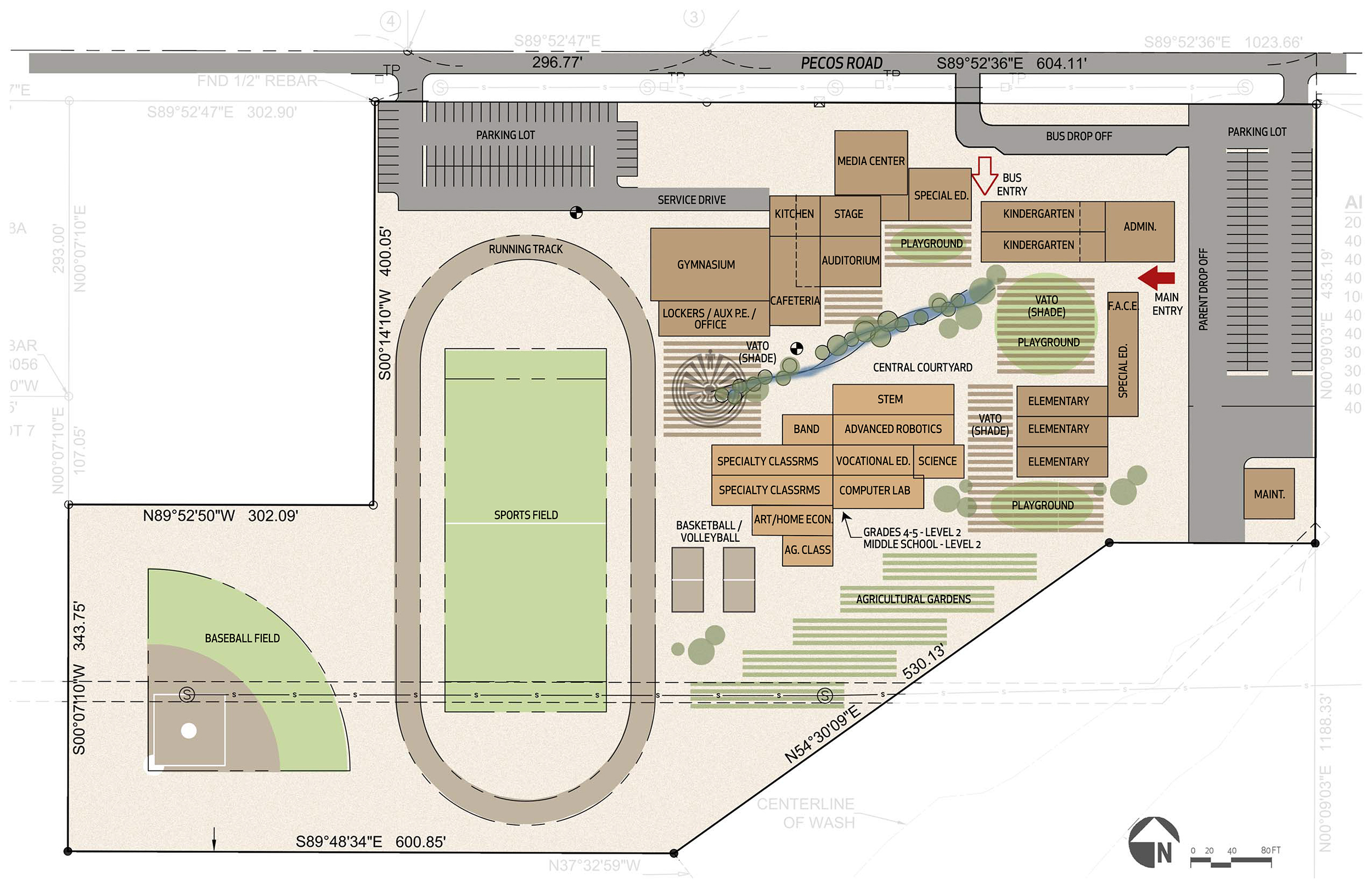