District 2 and District 5 get their custom miniature libraries

Two more mini-libraries have gone up in the Community, allowing residents of District 2 and 5 to have access to free books as part of the Growing Readers, Developing Leaders initiative.

Casa Blanca Community School teacher and member from District 5 Ted Huerta painted the artwork for the mini library that was installed at the District 5 multipurpose building on April 30.

The library takes several elements from the surrounding area and basket designs, which Huerta said represents one of the Community’s most known forms of art.

He also incorporated the Japanese Internment camp memorial and landscape that looks back at the agricultural landscape below.

Huerta said the library holds a special meaning because he dedicated it to a Casa Blanca Community School student Fabien Vincent, a 6-year-old, who passed away in March.

“I wanted to dedicate the library to him because he was always smiling and he was a part of the school here in Casa Blanca.”

Huerta painted a portrait of Vincent and incorporated an image of Spiderman, because it was Vincent’s favorite superhero.

“I teach art and music and so literacy is a big part of teaching and with today’s technology I think picking up a book is still the way to go,” said Huerta.

She said it was her first time working on a project of its kind and was a learning experience about her own district.

“I visualized what I wanted to put on there, one of them being the Hashen Kehk or Cactus Stand in front. I definitely wanted to start there,” said Yucupisio.

Yucupisio incorporated a basket into her artwork, which she said, “The basket on the east side of it is done by a Community member. Her name is Kathy Nish, she passed away, but she was the one that designed the basket.”

On the opposite side of the mini library Yucupisio included the St. Michael Chapel that is located down the street from the D2 multipurpose building.

“It’s still there and everyone sees it, everyone from the Community knows what it is…there was a Father there, he was Father Augustine,” she said.

In addition to the cactus she painted an oriole bird, which represents her mother’s uncle, Edward Osife, who was one of the last Oriole singers in District 2.

Another mini library will be installed soon in District 3 Sacaton at the service center. This will conclude one part of the Growing Readers, Developing Leaders initiative to promote literacy in the home. 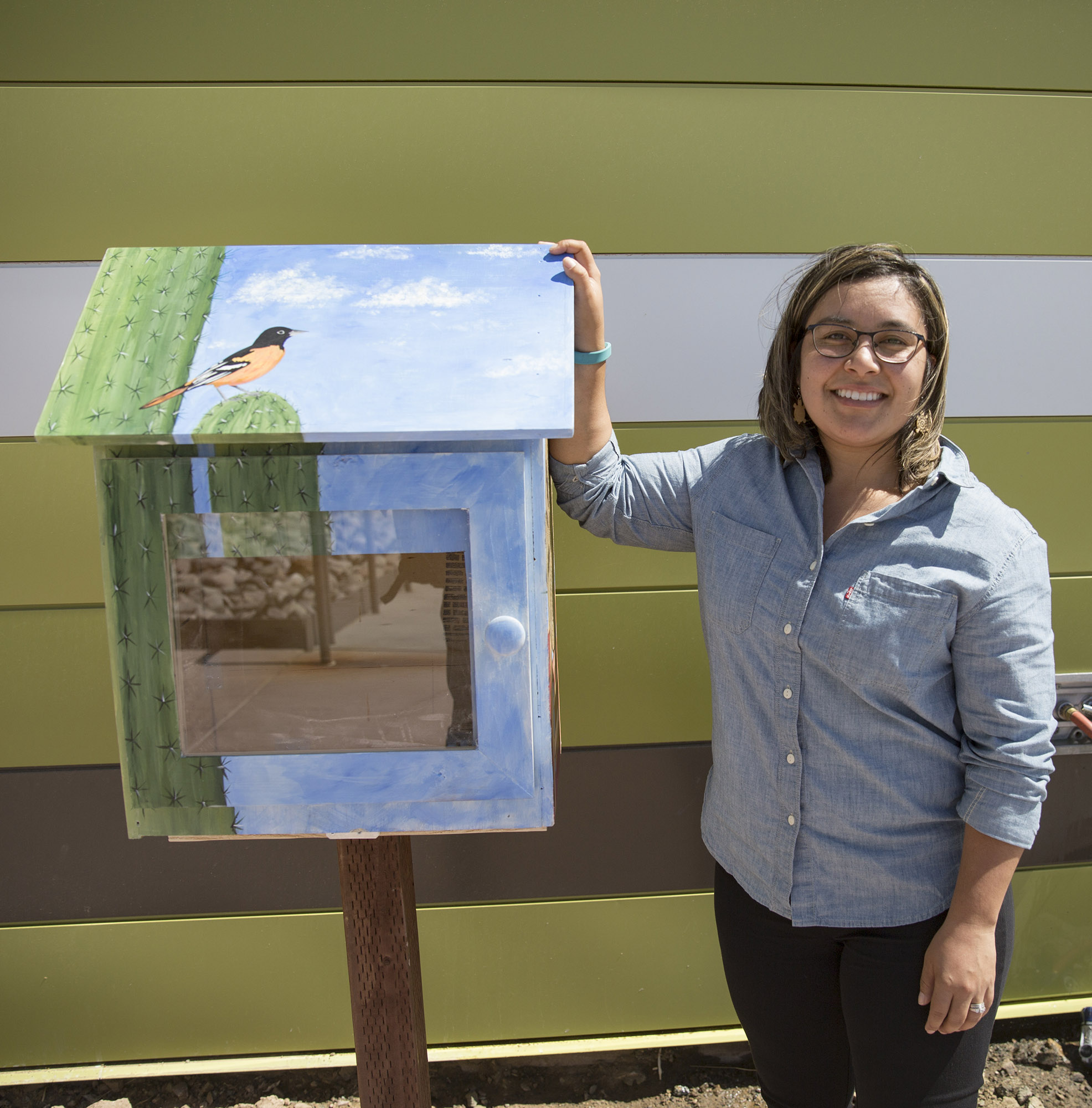 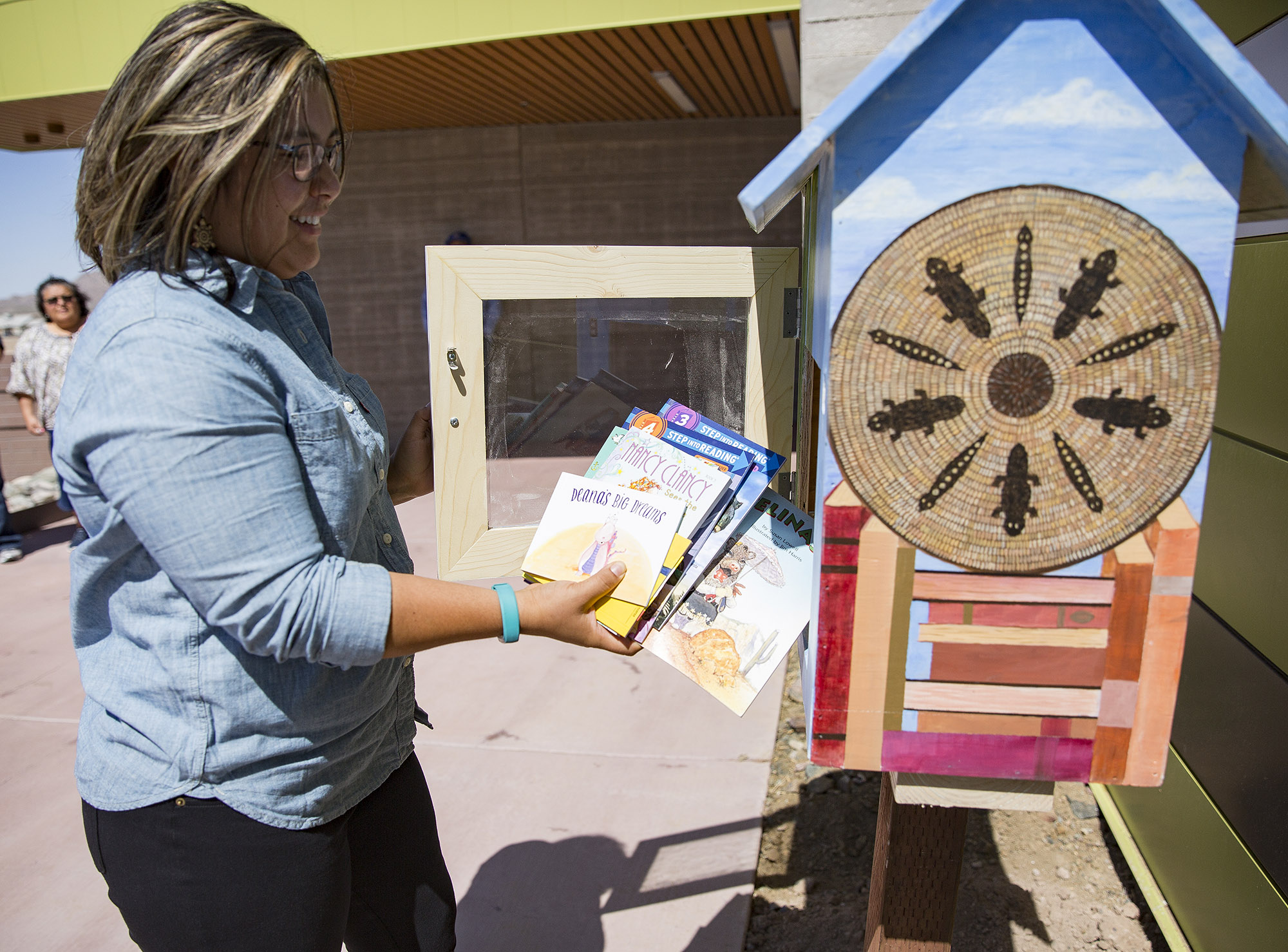 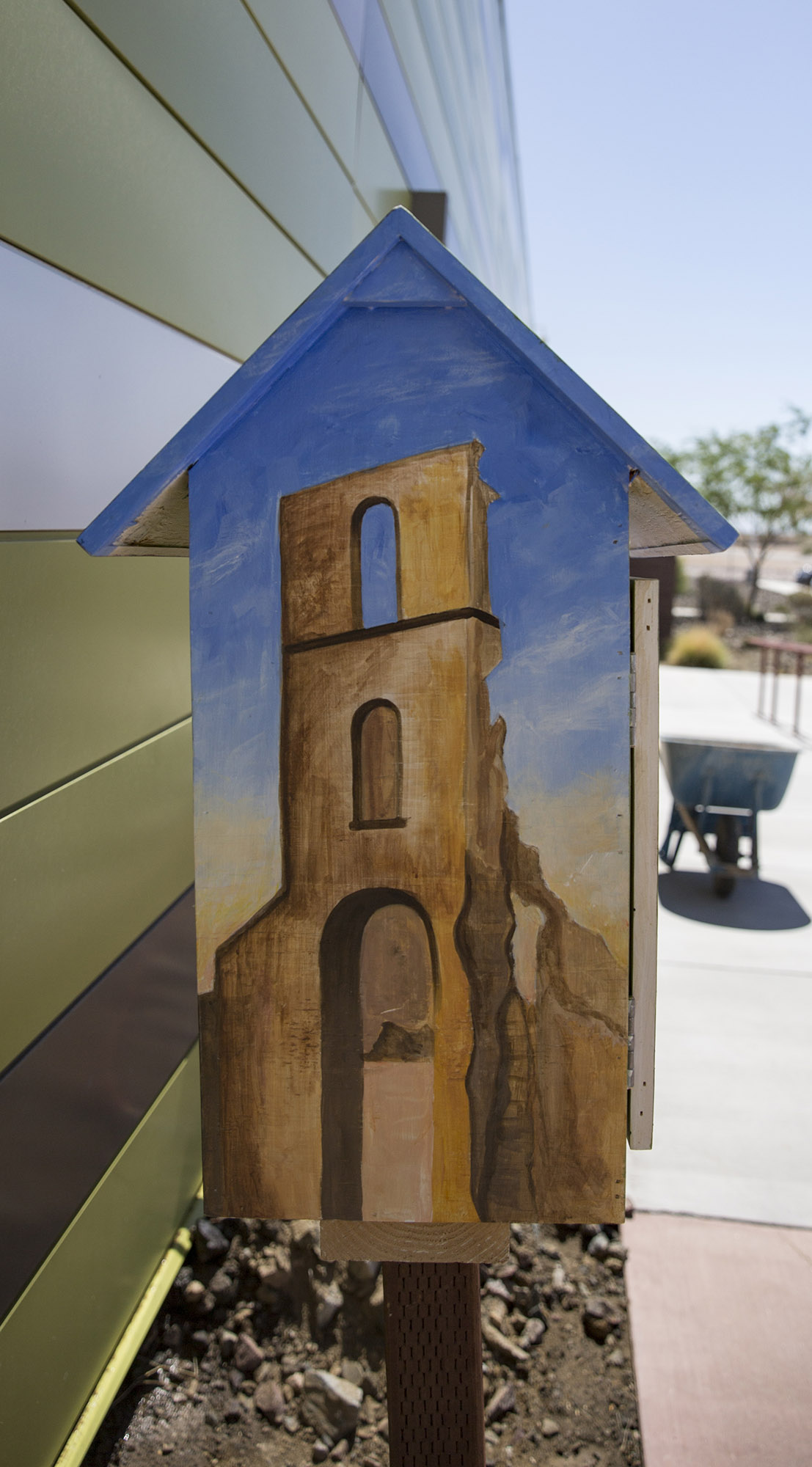 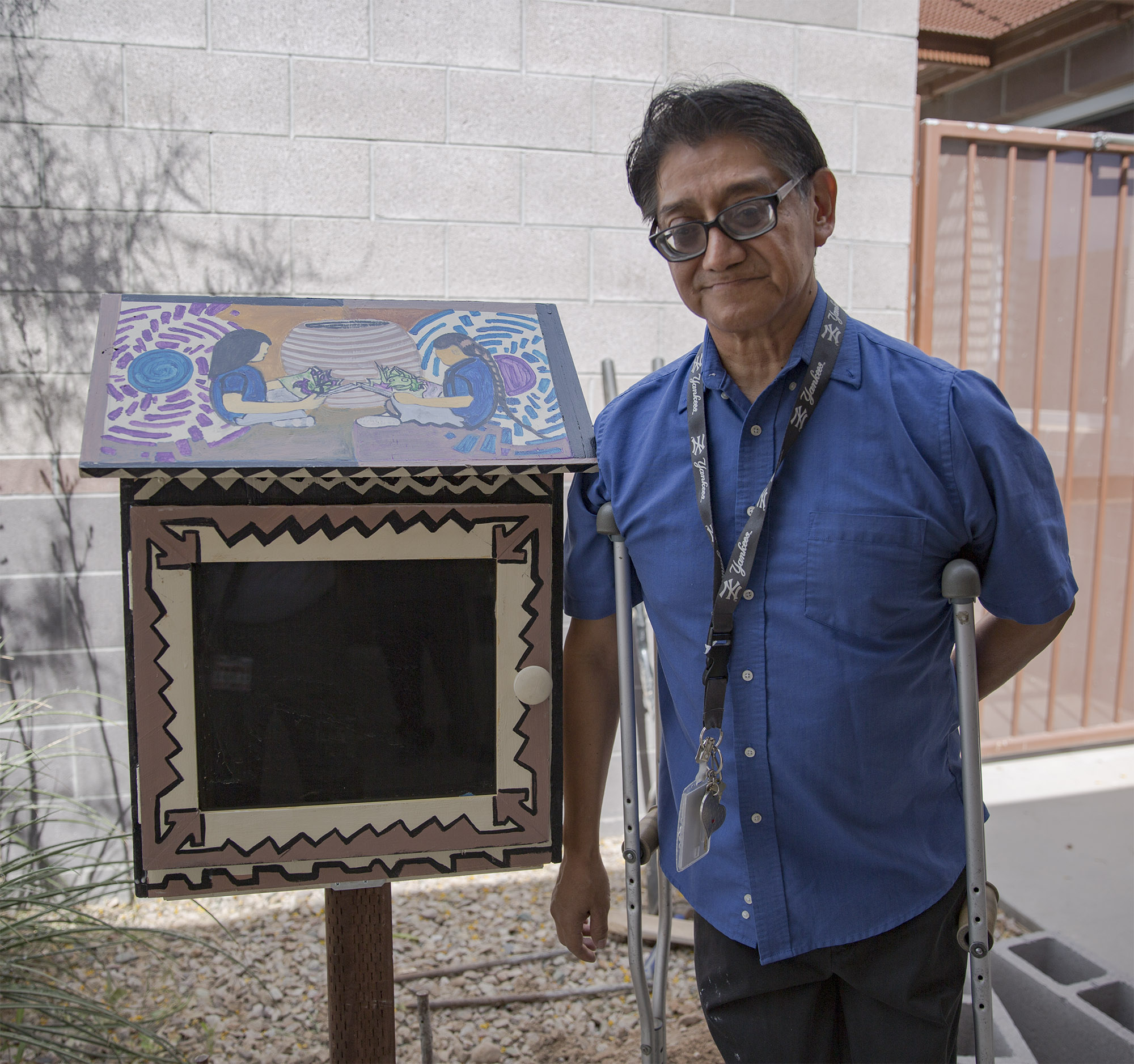 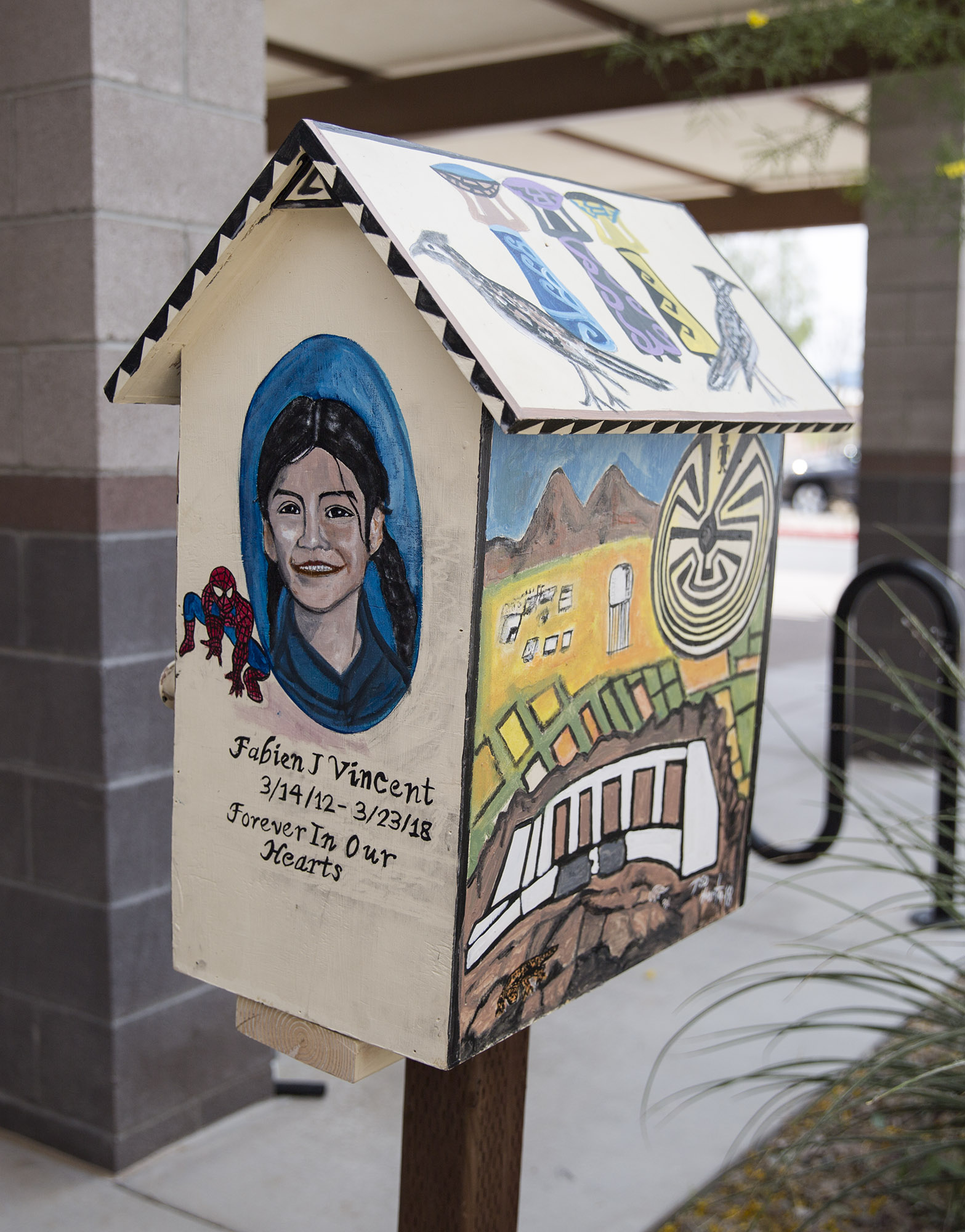 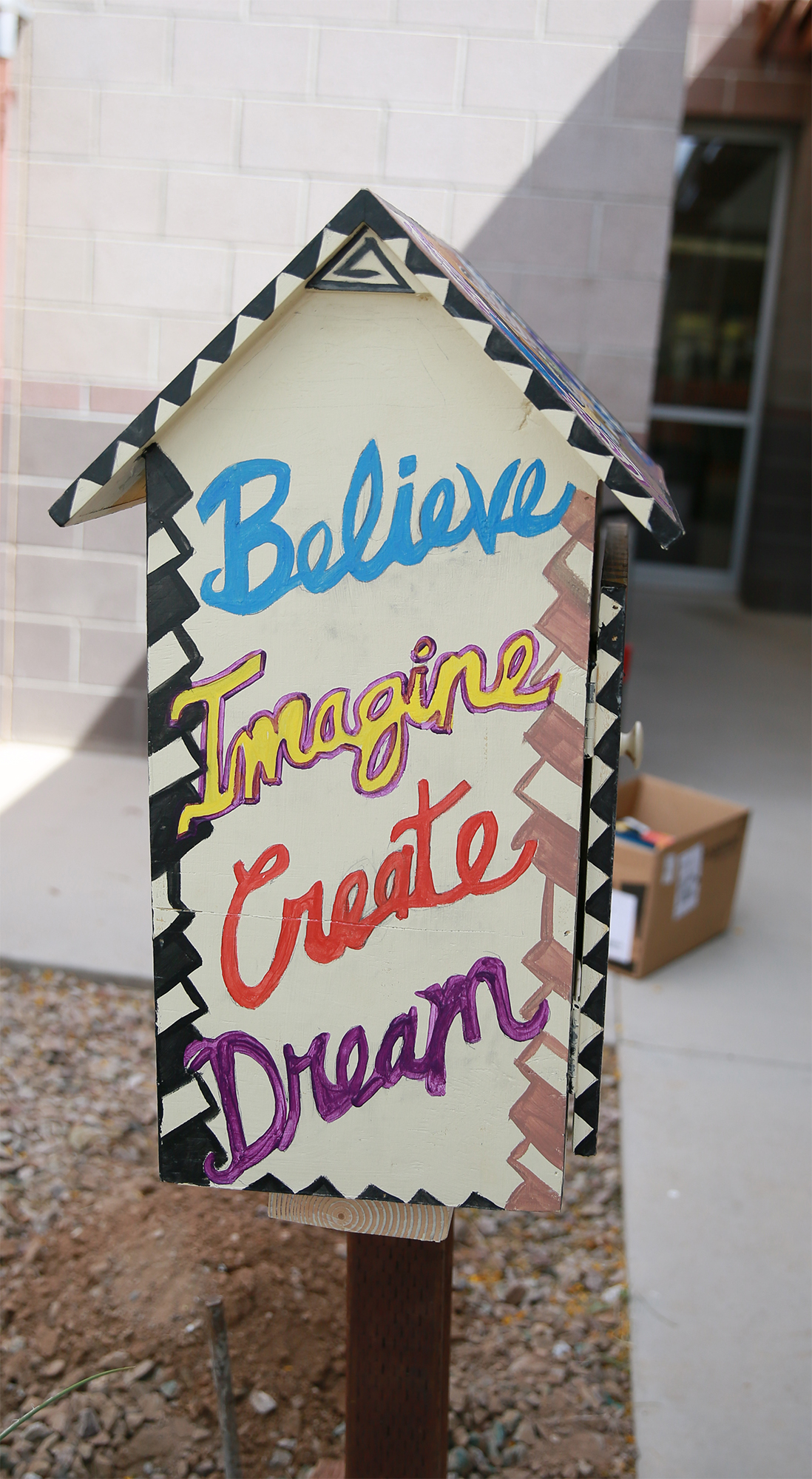