The Town of Gilbert recognized the late Rodney B. Lewis with a special proclamation that was given during a town meeting on Thursday, May 3 with surviving members of Lewis’ family in attendance.

“It’s a special honor and privilege to recognize someone who has made a tremendous impact on the state of Arizona,” said Gilbert town mayor Jenn Daniels. “I often think it’s unfortunate that sometimes we wait until people are gone to express how much they meant to us. I am truly grateful to recognize a tremendous leader, Rodney “Rod” Lewis.”

The proclamation highlighted his life legacy, which including serving in the military, attending universities for higher education, highlighting his work within the Gila River Indian Community as well as helping other Native communities with legal work, including but not limited to water settlements.

Mayor Daniels acknowledged, had he not fought for water rights, the town of Gilbert would not be what it is today, the water settlement was key in the growth of the greater Phoenix area.

“We are thankful for Rod Lewis and the lasting, positive impact that he has had on our community, state and nation,” Mayor Daniels said. “It is fitting for us to provide a special recognition… we will attempt to serve our community, to dedicate ourselves to the better world around us in the example of Rod Lewis.”

In attendance at the town meeting were his children Governor Stephen Roe Lewis and Katherine Lewis and his widow, Willardene Lewis.

Following the reading of the proclamation, Gov. Lewis spoke briefly to the town council and attendees, thanking them for their recognition. As a leader, Gov. Lewis mentioned how his father reminded him how vital it is to have positive relationships with the neighboring communities.

“The proclamation was beautifully articulated,” said Gov. Lewis. “He was committed to public service and giving back to the community. The water truly connects us and will always connect the Gila River Indian Community with the great [Town] of Gilbert. I want to say ‘thank you’ so much from the bottom of my heart, my family’s hearts, for the recognition that you have given my father.” 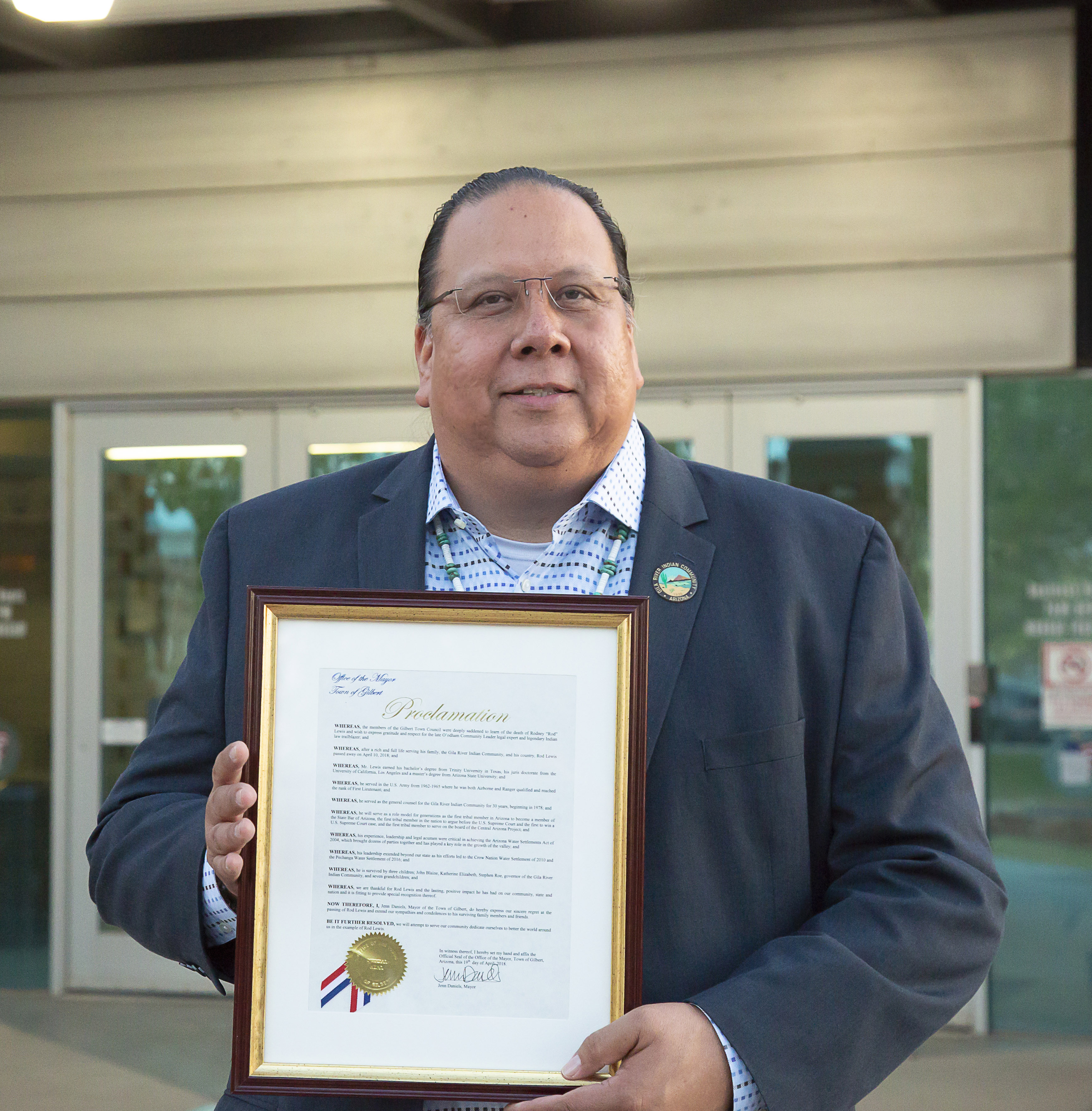